At the end of the day by Laetitia Vancon 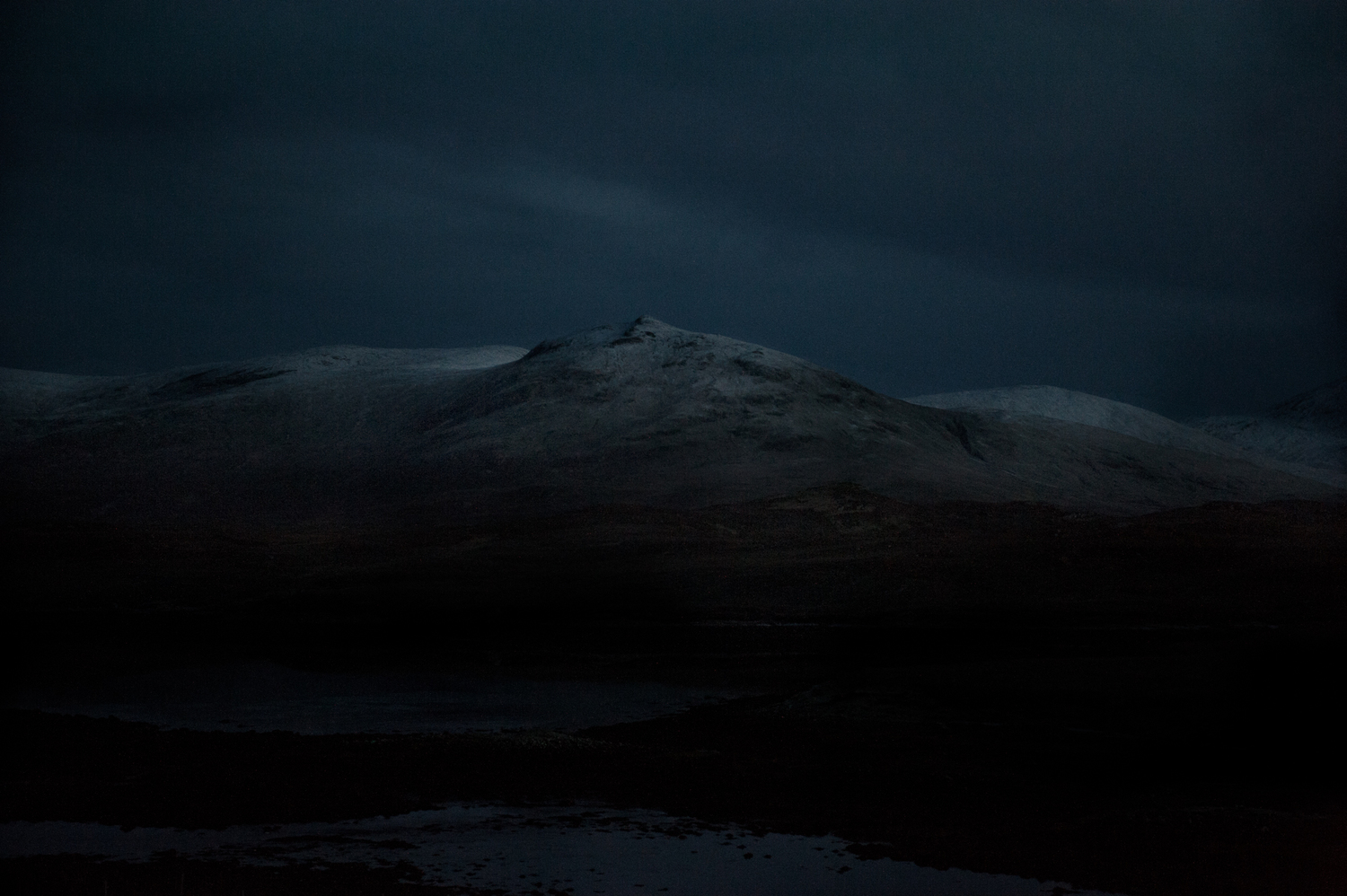 As an english translation of a Gaelic phrase, « At the end of the day » documents the life of young islanders, aged 18 to 35, in the Outer Hebrides, Scotland’s western islands.

At a time of globalization, threats of uniformization, and excessive materialism, the isles embody a peace heaven connected with their communities and culture. «Therein exists a virtually immutable people: an insular, singular, communitarian, and traditional clan, crafting their own refuge.» French photographer Laetitia Vancon said, referring to a well preserved microcosm and isolation of the isles surrounded by the Atlantic sea. « The idea of territoire explores the lifestyle, the personal relationships, and the sense of belonging in the process of self realization in relation to the land. » 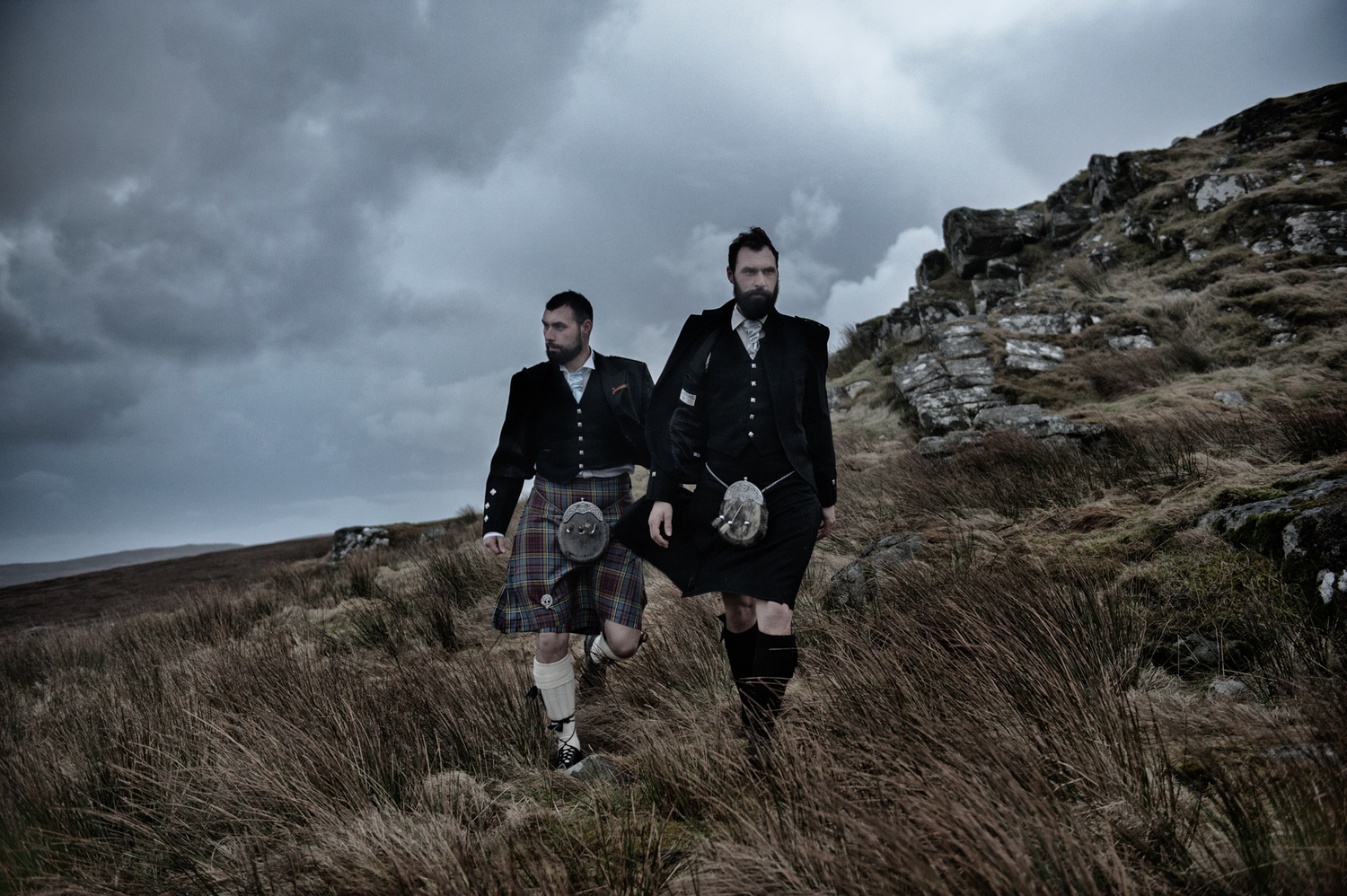 At the beginning of the year, Ms. Vancon, 35, landed on the Isle of Lewis. Her series of pictures is the result of two trips, one in winter and one in summer. She chose to focus her search on the collective identity, capturing this universal, yet peculiar end of a working day when people find themselves in family, or playing traditional music in a pub. « The ongoing project, which began this January, will focus on the youth, who live in the Outer Hebridean Isles in the northern most reaches of Scotland, on the edge of Europe--on the savage, hostile, and blustery moors and shorelines. »

With a total population estimated at 27,070, the Outer Hebrides have faced depopulation, seeing their population decline over the decades. Despite the stunning landscapes, spectacular beaches and bays, peat moorlands and rugged hills, the communities of the Outer Hebrides have two choices, either choose a career or choose the place where they grew up. “Opportunities for women on the island are rare,” Ms. Vancon recently said in an interview with The New York Times. “They don’t really give you a chance to blossom.”  Oil extraction, fishing, salmon farming, hunting, crofting, the Western Isles are impoverished, and are regarded as being one of the weakest economies and most fragile human populations in Scotland. 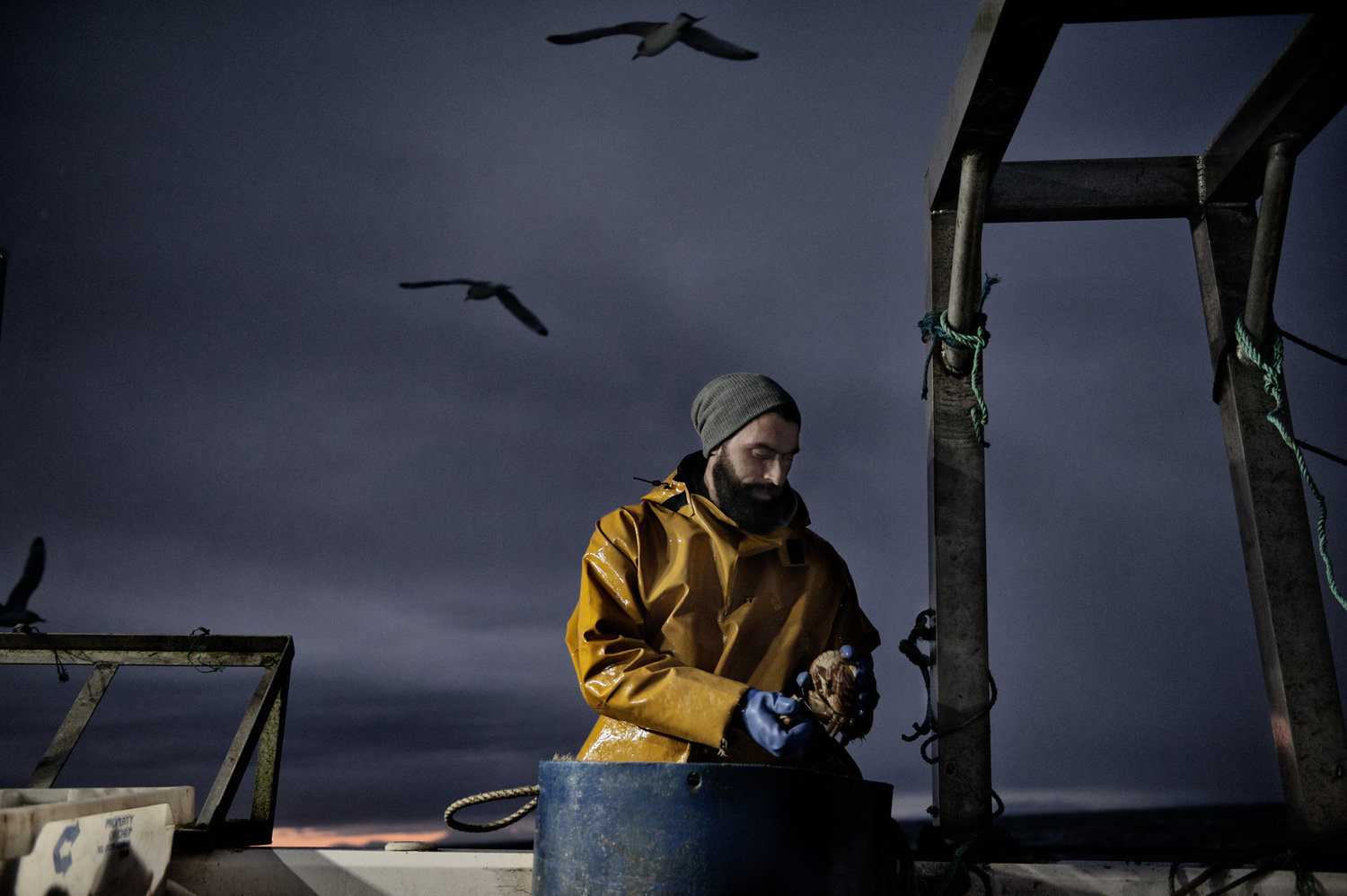 A paradise for some, an escape from the modern world for others, the Outer Hebrides Isles also known as the Western Isles Innse Gall ("islands of the strangers ») gather a strong cultural heritage, the Gaelic language, traditional dance and music like the ceilidhs, and sport like the shinty, a team game played with sticks and a ball, mainly practiced in the Scottish Highlands. “No matter where they find themselves around the world, either they stay or leave the island, at the end of the day it is there that their roots are.” the French photographer explained to The New York Times. « The first tableau of this series seeks to reconcile the insular nature of these youths’ lives with the expansive and idyllic paysage of the Hebridean Isles. A poetic and alluring invitation for the viewer to listen to the silence, feel the absence, and see the emptiness. A vignette illustrating portraiture of modern lives, with timeless landscape. » 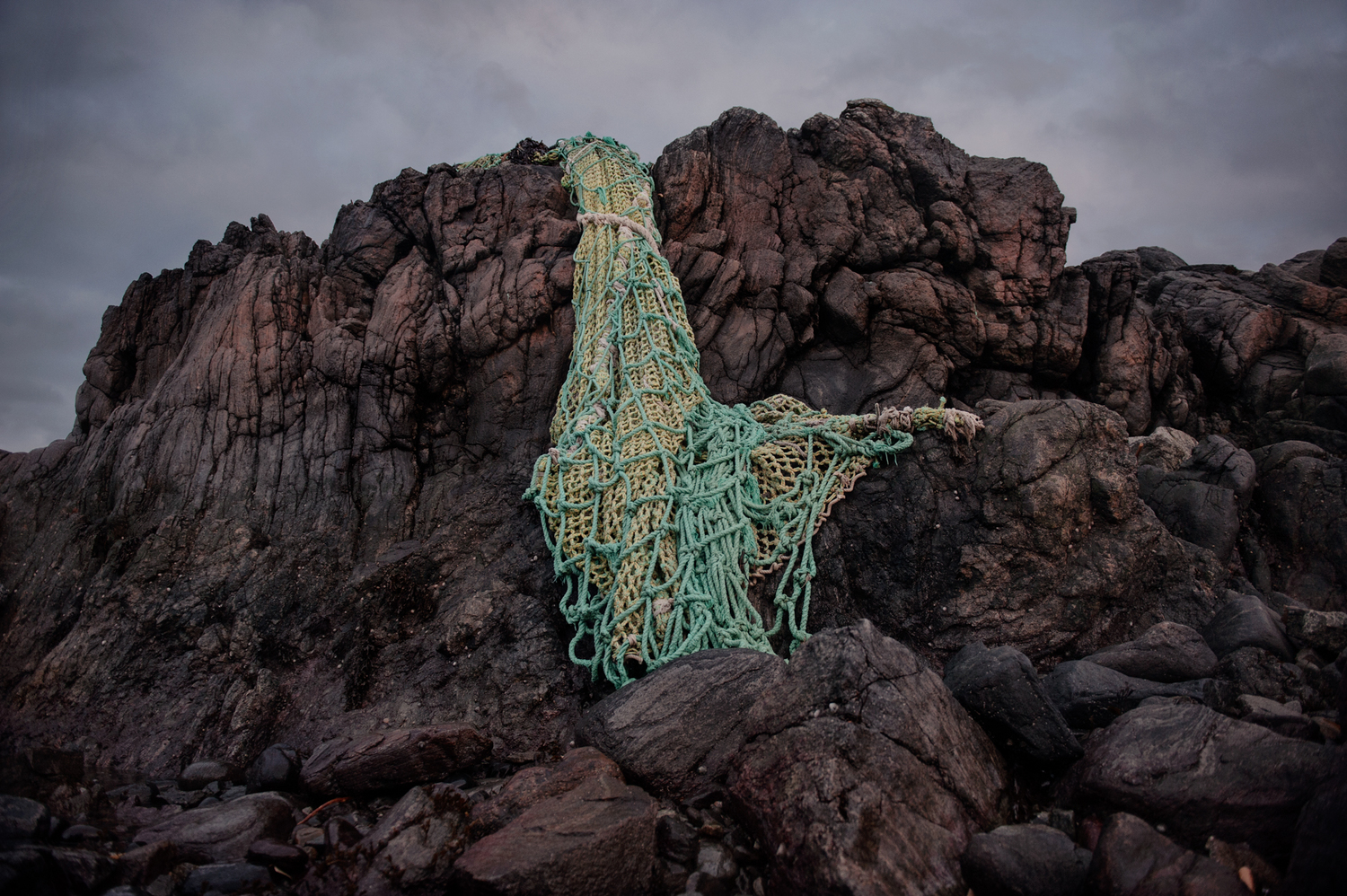 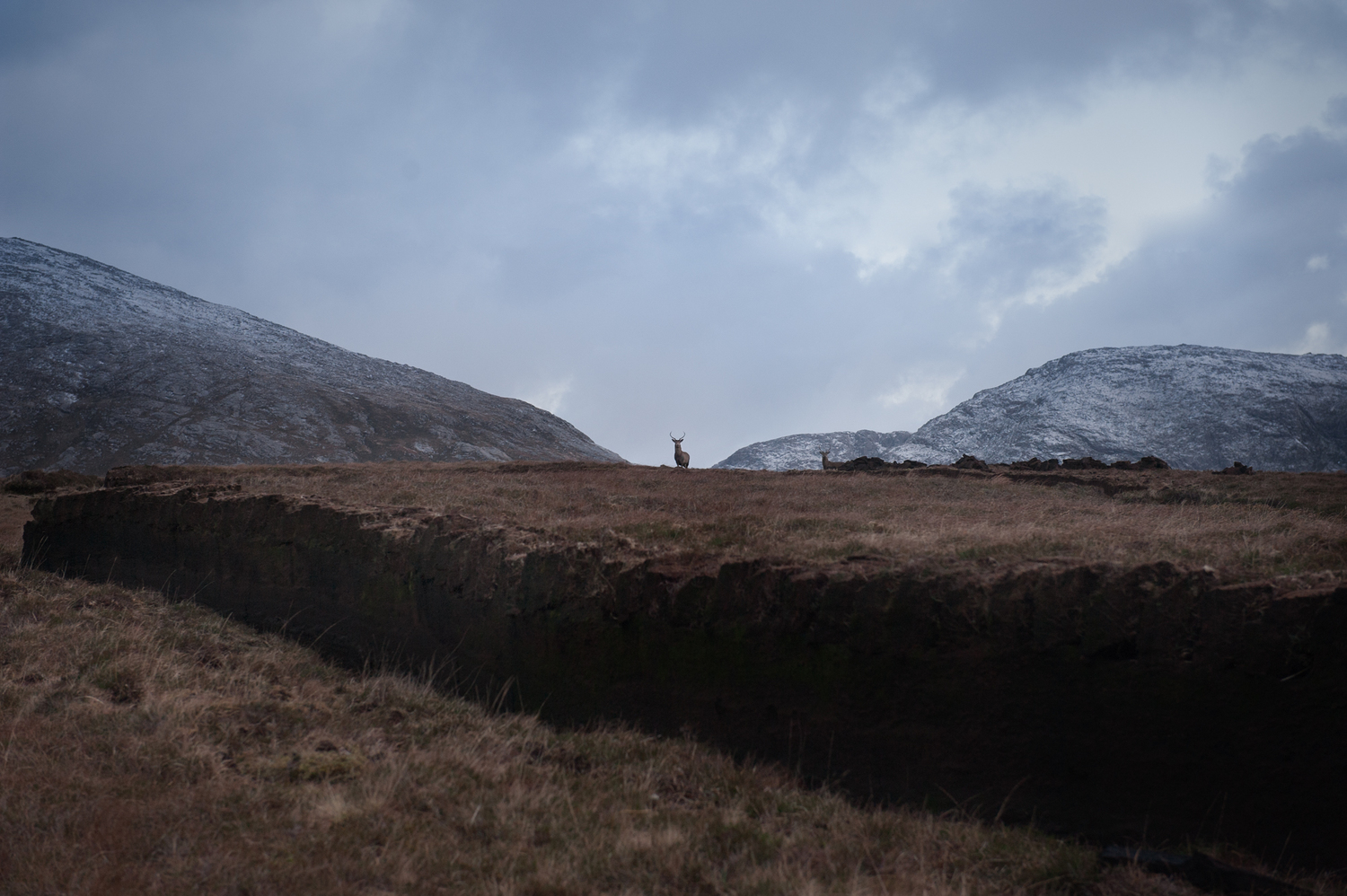 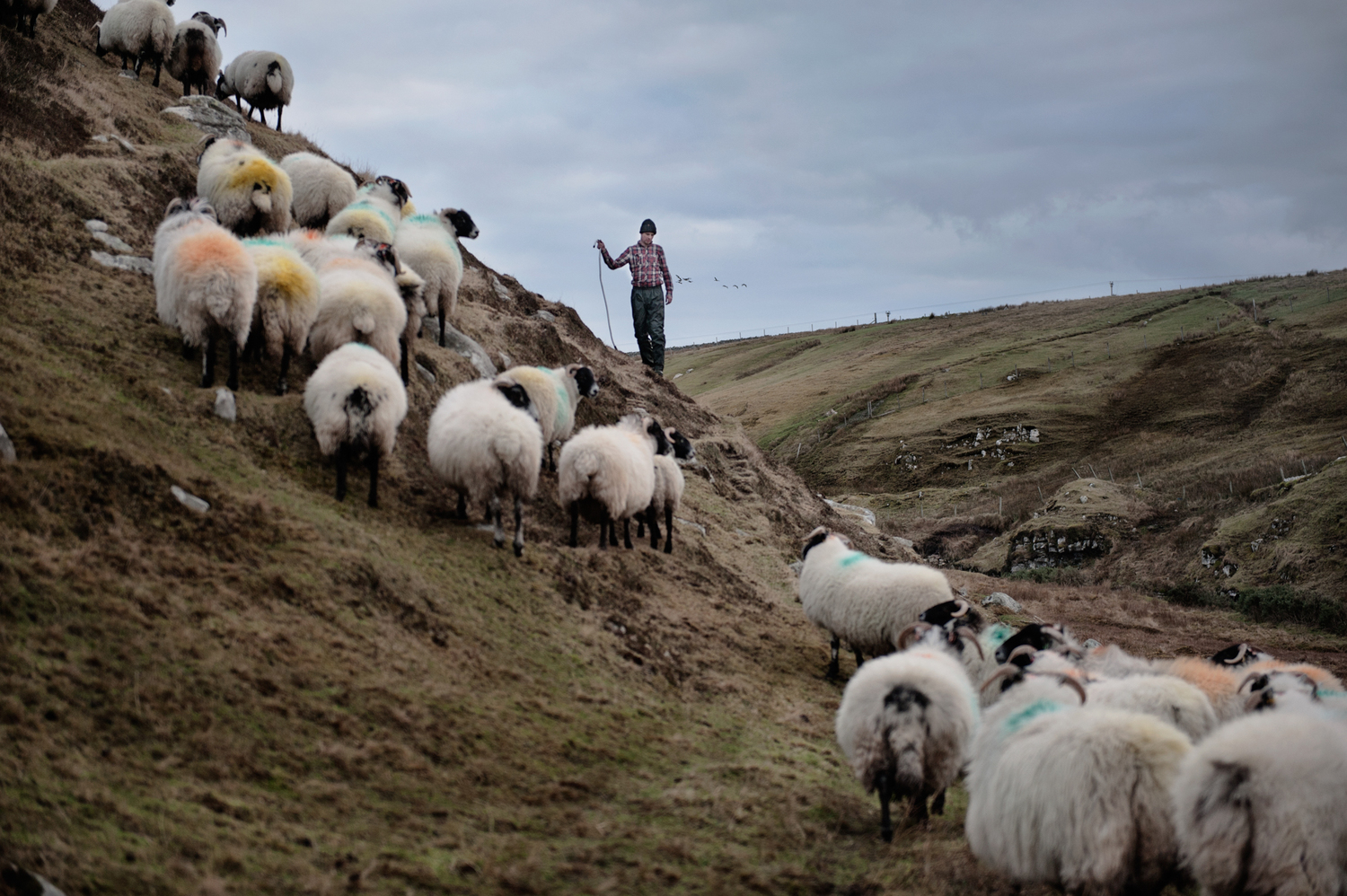 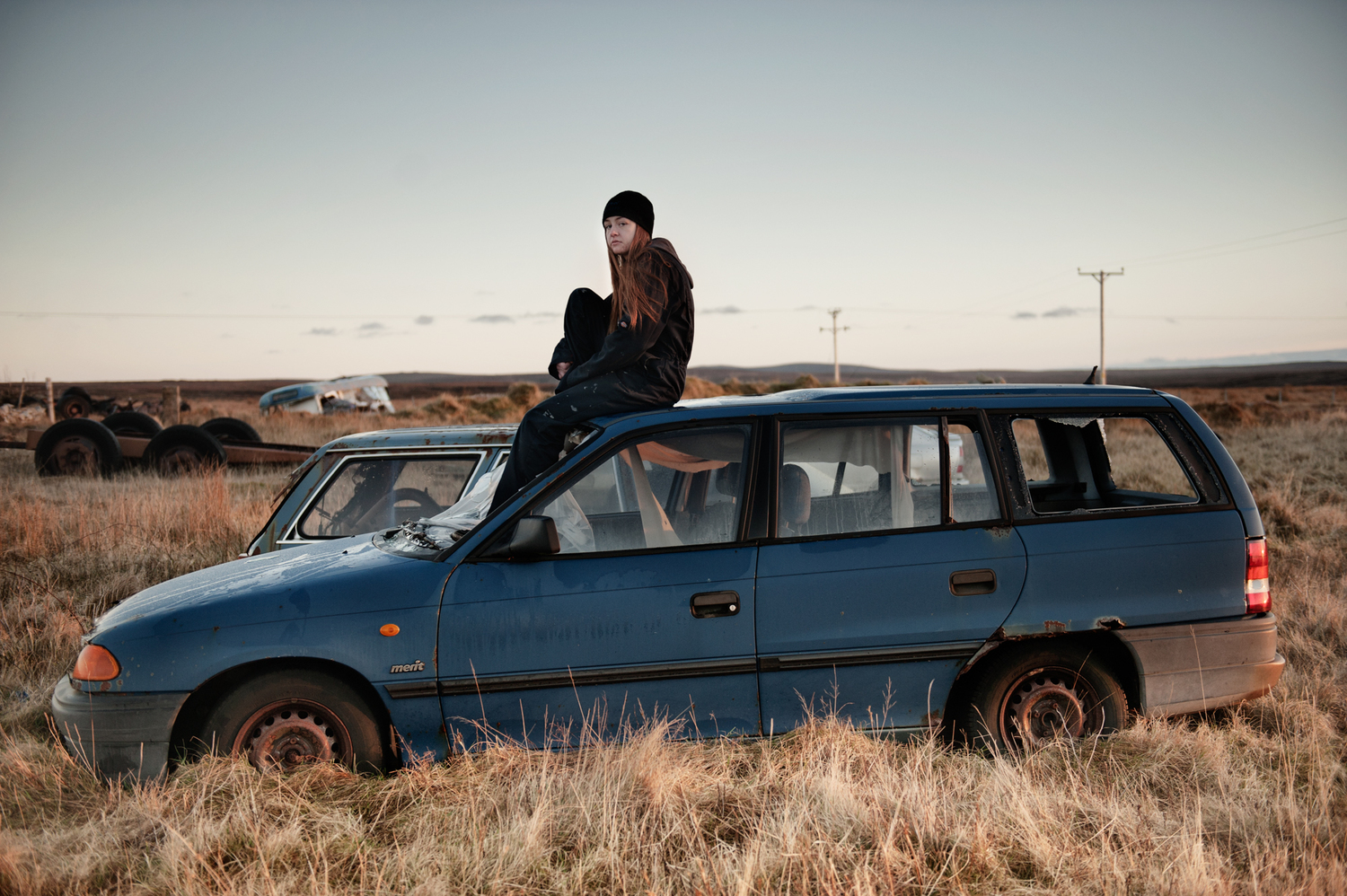 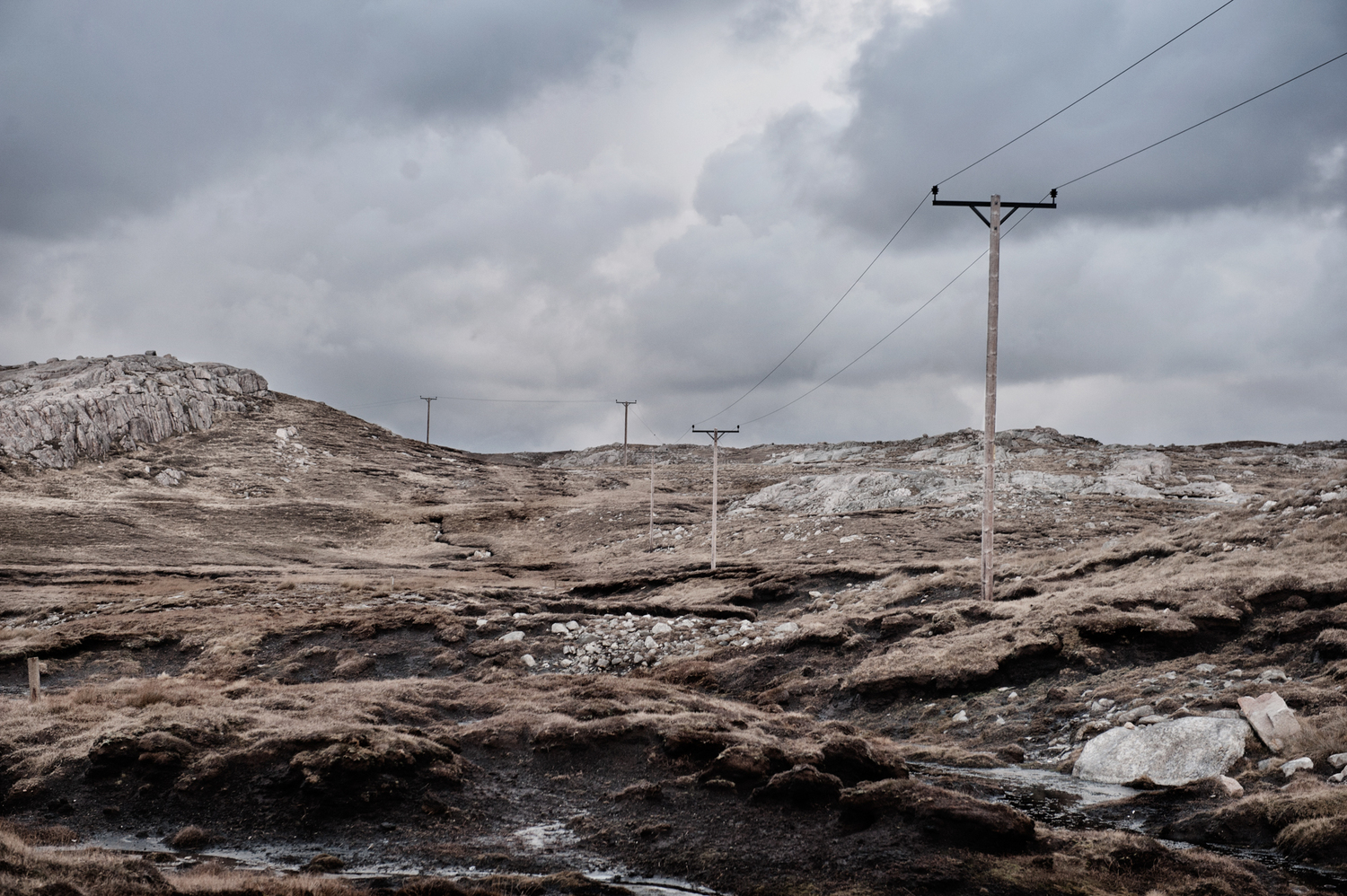 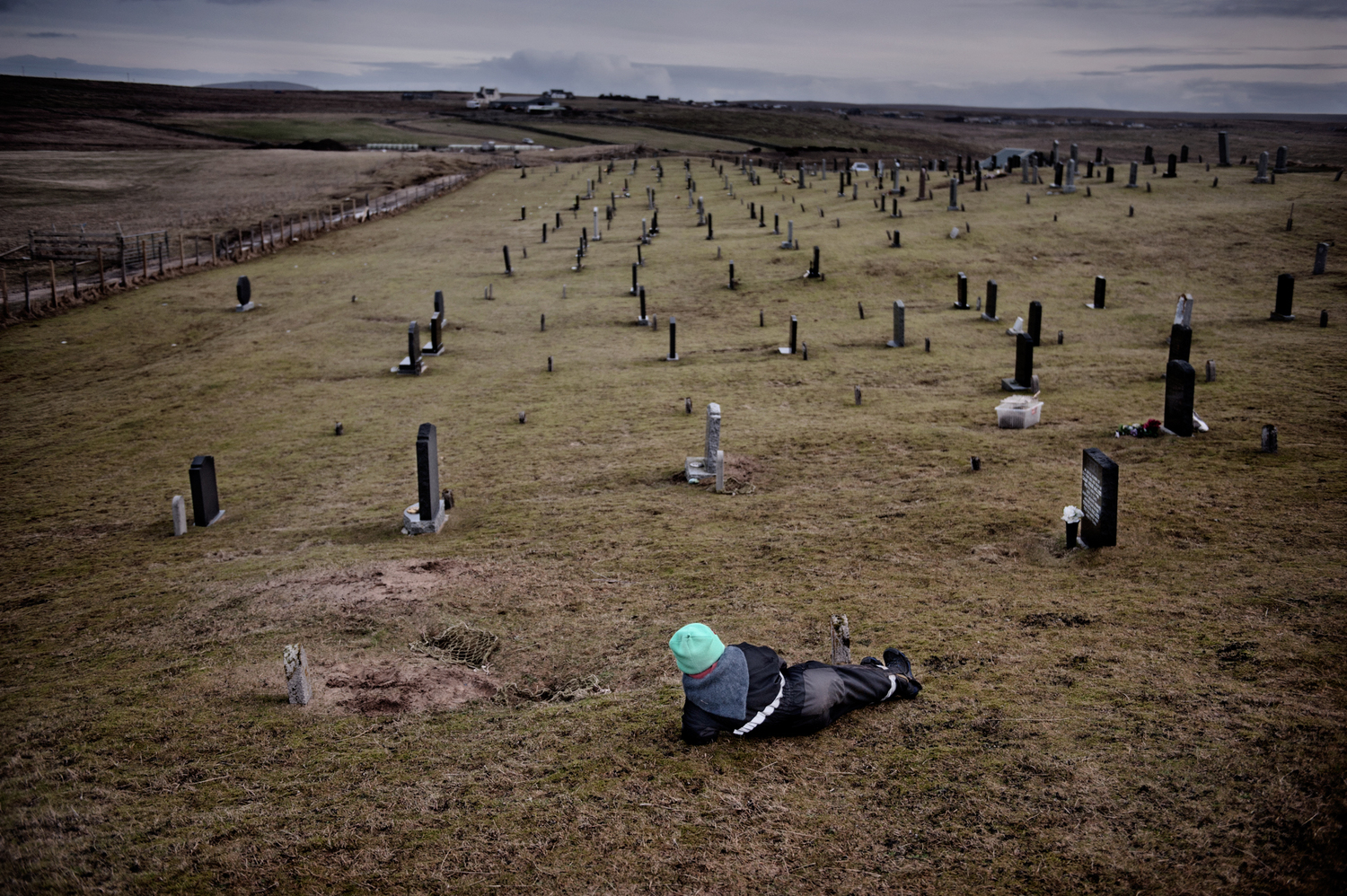 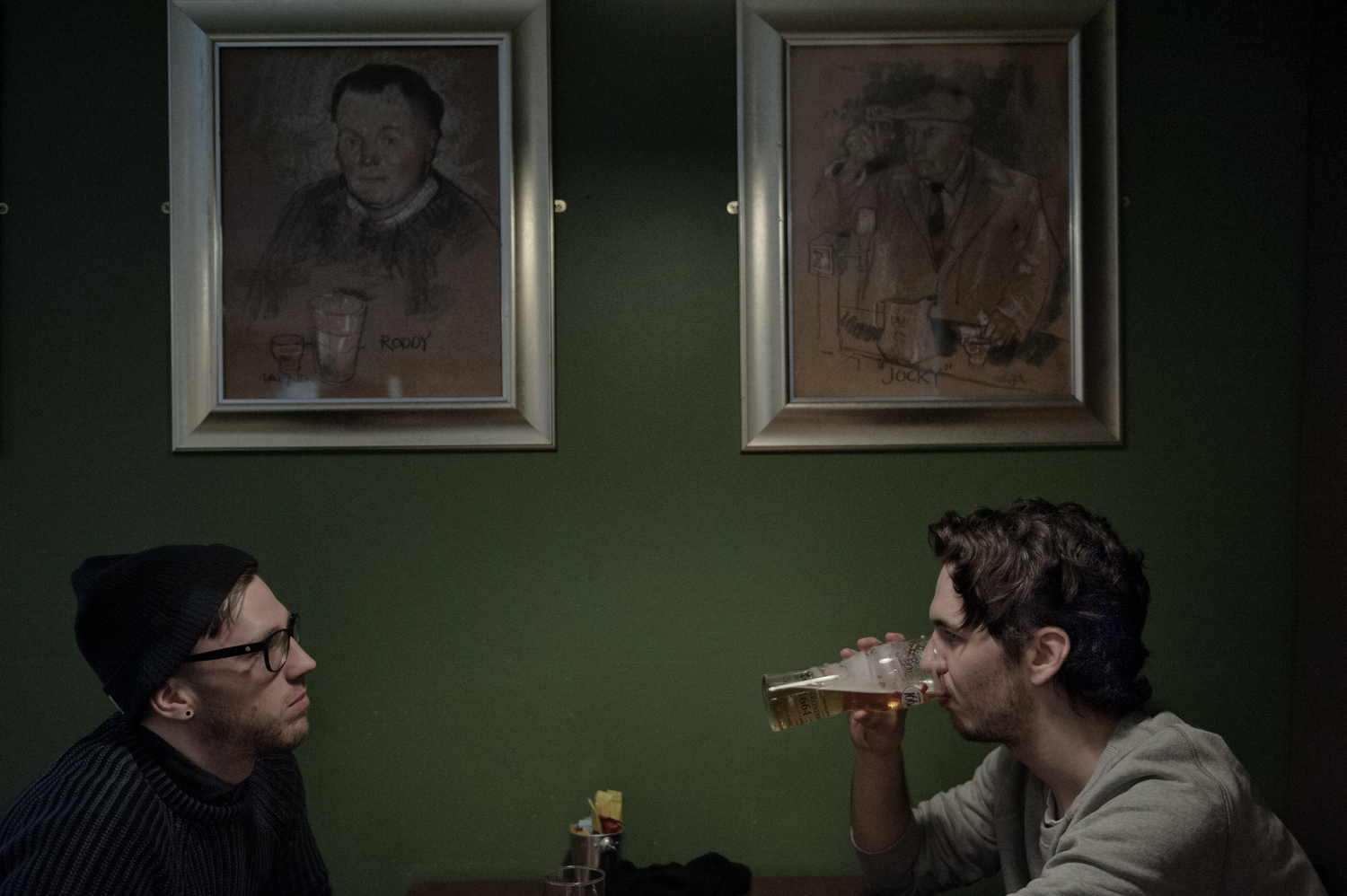 Discover more of Laetitia Vancon’s « At the end of the Day » project in Paris on Dec, 15.