The Godfather of Cliff Diving – part 1 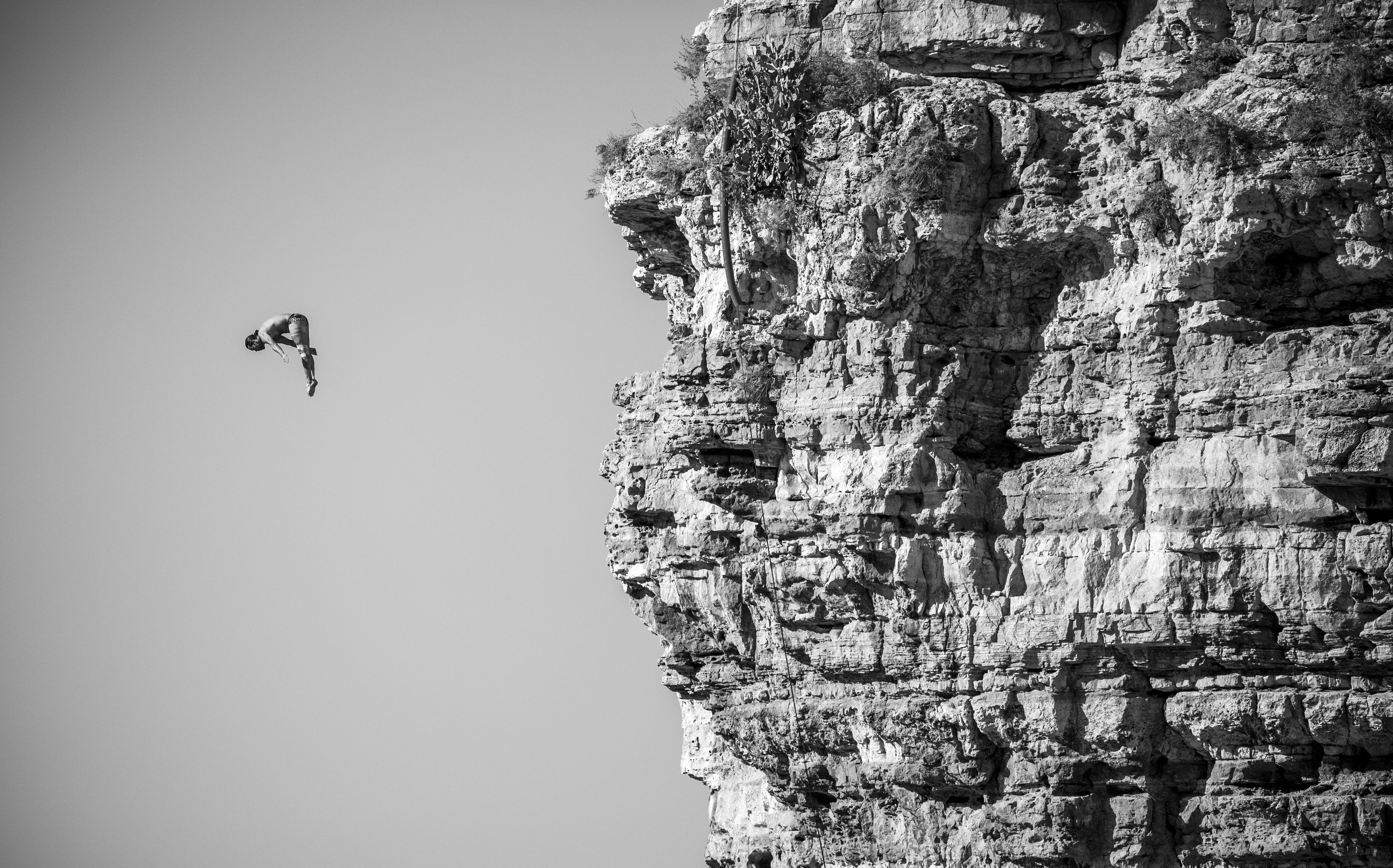 Recently, Dubai hosted the Red Bull Cliff Diving in Dubai Marina. For the last step of the World Series 2016, world-class cliff divers joined to compete on Pier7, an iconic building offering a panoramic view on the magnificent Dubai marina. On October 28, 2016, Pier7, well-known as the home of some of the emirate’s most popular dining spots, has been transformed into a 27 meters-high diving board. The occasion for Panthalassa to meet Orlando Duque and draw up a portrait of the world's best cliff diver. 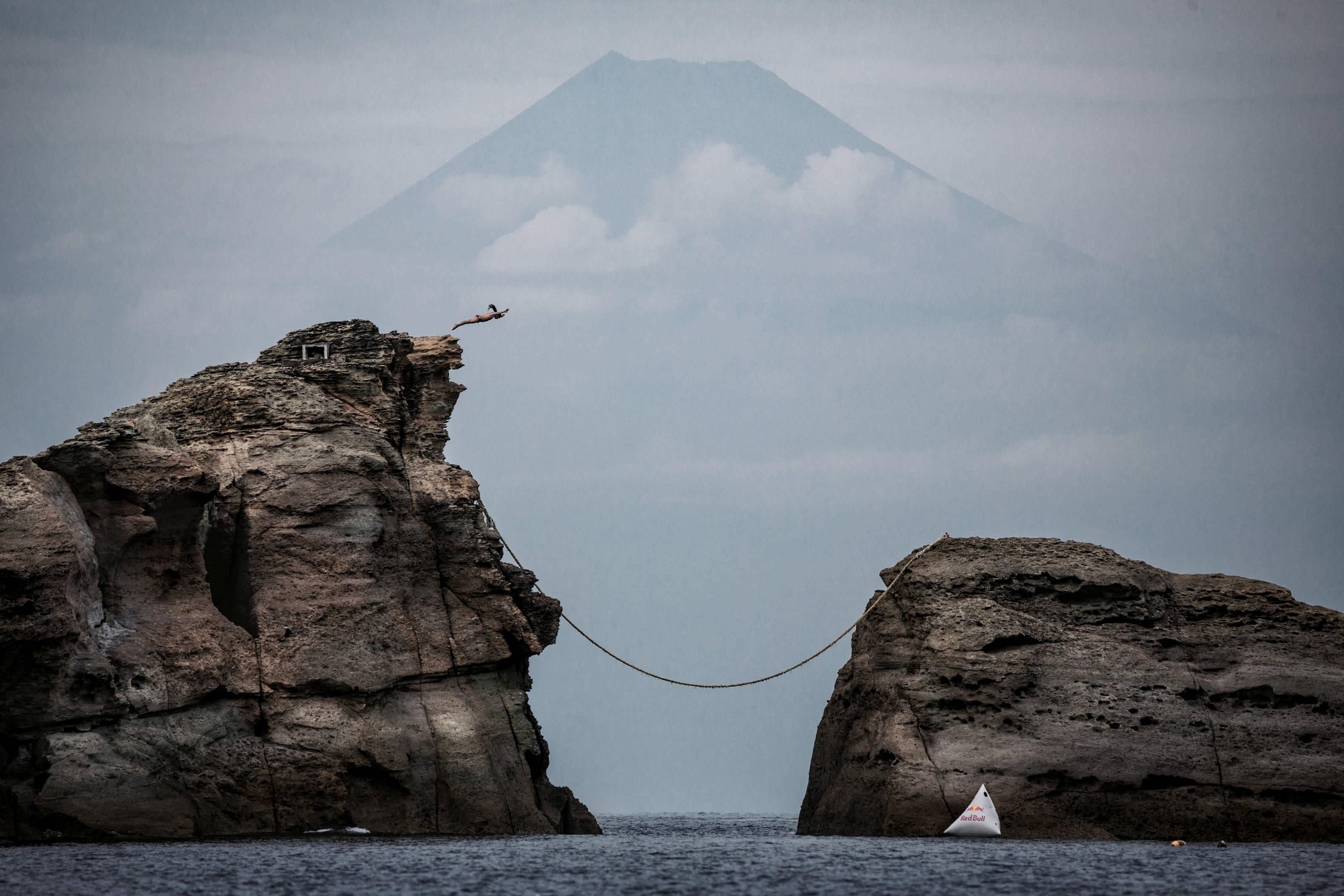 I started diving in a pool in Colombia. I used to go to the pools to watch the divers. I really liked the color of the pool, not so much the swimming pool, but I liked the dark blue of the diving pool. As a little kid, I used to go and watch the divers practice. Then, the coaches asked me if I wanted to try. The next day, I was there and I fell in love with this sport. Since then, I just wanted to keep practicing and learning more.

When did you go from classic diving to cliff diving?

I did that for about ten years. I was competing with the national team, doing all the regular competitions. Every pool is the same, every pool looks the same. It does no matter where you are, it's always the same height and the same conditions. Everything is very similar. So, after a while, it started to get more attracting to be outside, to start different places and start jumping. I was hired to do a contract in Austria, to do a jumping show. While I was there, I started watching the Red Bull World Championship on TV. I though 'I think I can do that!' So I started training for that. I went for my first competition in 1999, and I placed second. When I placed 2nd, I thought 'I think I could be really good at it'. That's pretty much when it became really serious. I remember telling myself: 'Now I'm gonna practice really hard, I'm gonna dedicate myself and make it a career'.

You define cliff diving as, I quote, "The more natural form of diving". Why? 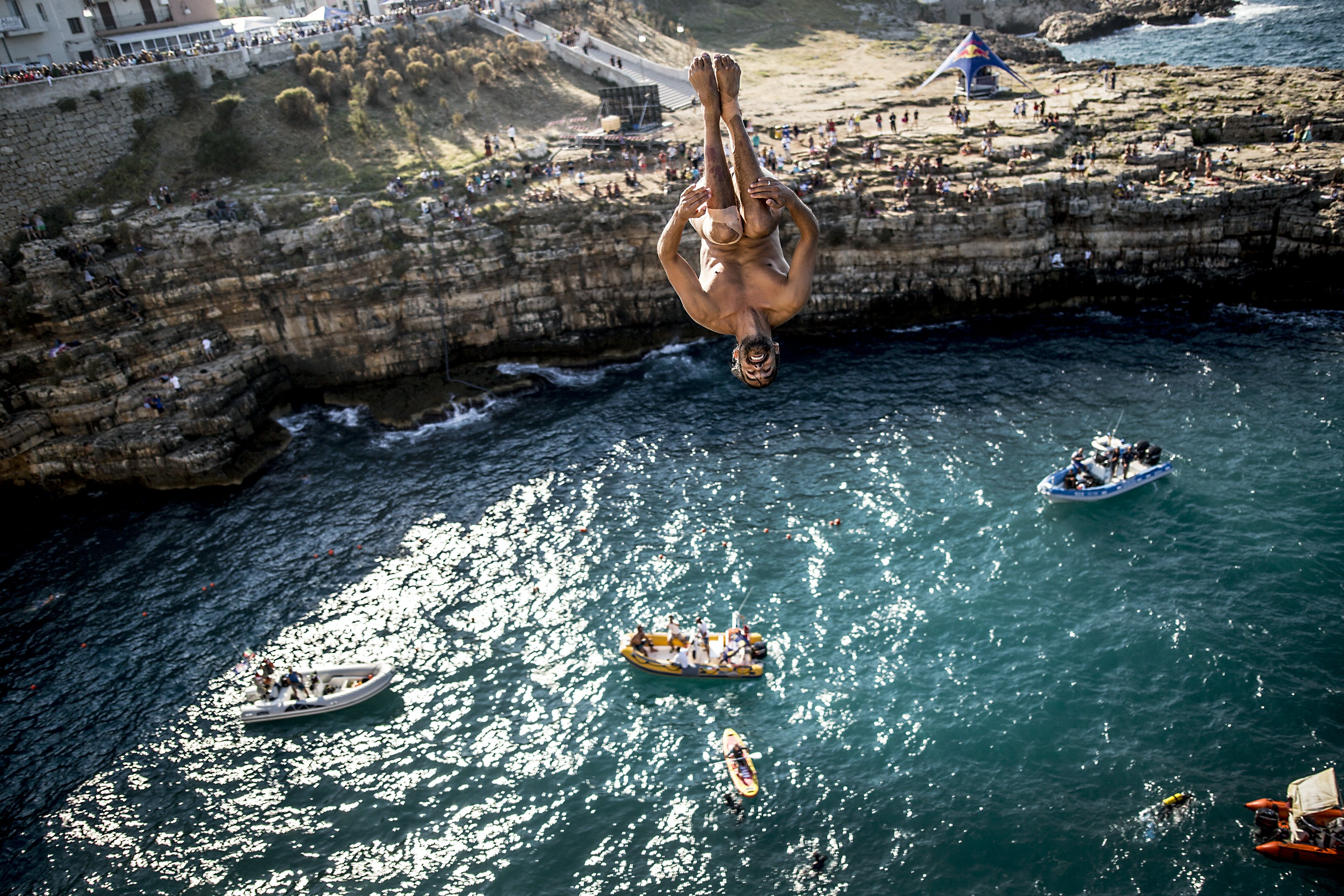 What does it feel when you're up there? How do you describe this adrenaline?

From the heights that I jump, a lot of people would probably never jump. But when you find a little rock on a nice afternoon, you'll see that a lot of people is jumping. You go to any beach that has a rock anywhere in the world, and you can see people jumping from the very little rocks. That's where I go to the point of almost everybody has done a cliff dive or a dive at least. And that's already enjoying cliff diving. I see the world with different eyes. I walk around, I look at the balconies from hotels, I look if there's a pool, and if I can maybe jump from there. I see a rock, I look how beautiful it is, but I also start looking to see if there's a possibility to jump. If there's a bridge, I look down to the river to see if the water is deep enough. I enjoy it so much. To me, it's finding places to jump, that's where the fun is.

Is there a part of craziness or everything is under control?

To do it at the level we're doing it right now, everything has to be under control. The risk is too high, the maneuvers we'e doing in the air are too complicated. You have to be trained for many years to do what we do. At that level, everything has to be under control. Normal people may need more craziness than skills, cause the skills can take so much time to learn. If somebody wants to jump, it doesn't have to be super high, maybe just 5 meters-high. To a lot of people, it's already very high. You need a little bit of craziness telling you in your head 'Just run and jump!' But after the jump, when everything goes okay and you're underwater and everything is fine, you feel like you're so happy! That contrast is the nicest feeling that you get out of a cliff dive.

Sometimes you dive from a cliff, some others you dive at night from a building in a marina. How exciting is it to discover different places and different atmospheres depending on the location you dive from?

That's basically the reason that brought me to cliff diving. All the pools are the same; some are inside, some are outside but all the pools are the same. With cliff diving, we change locations every single time. Some are gonna be at night, some are gonna be in a building, some are gonna be from a bridge. Everything changes so much that you need to adapt really quickly. You need to be able to be versatile and well-prepared because we don't have so much time to get ready to the location. That makes the whole thing much more interesting. To me, that's what makes it much more challenging and more attracting. A lot of times, I get so focus in my dive that I completely forget about everything else that surrounds me. After the dive, I look around and I'm like 'Whoa'! It's one the nicest component of the dive. Yes, I do enjoy very much the dive itself but just exploring all these locations, going around the world, and seeing all these different places is such a cool part of this sport. 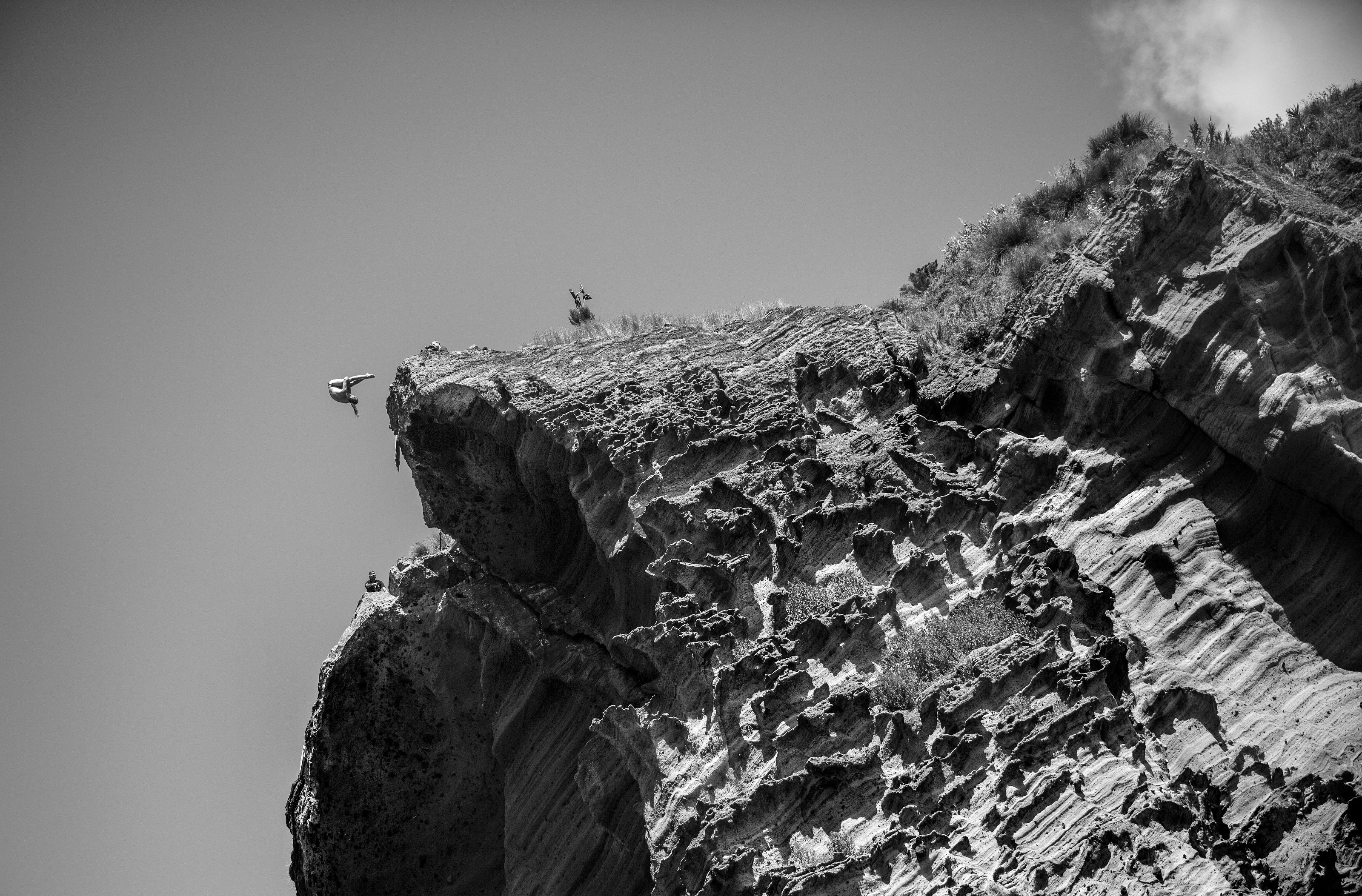 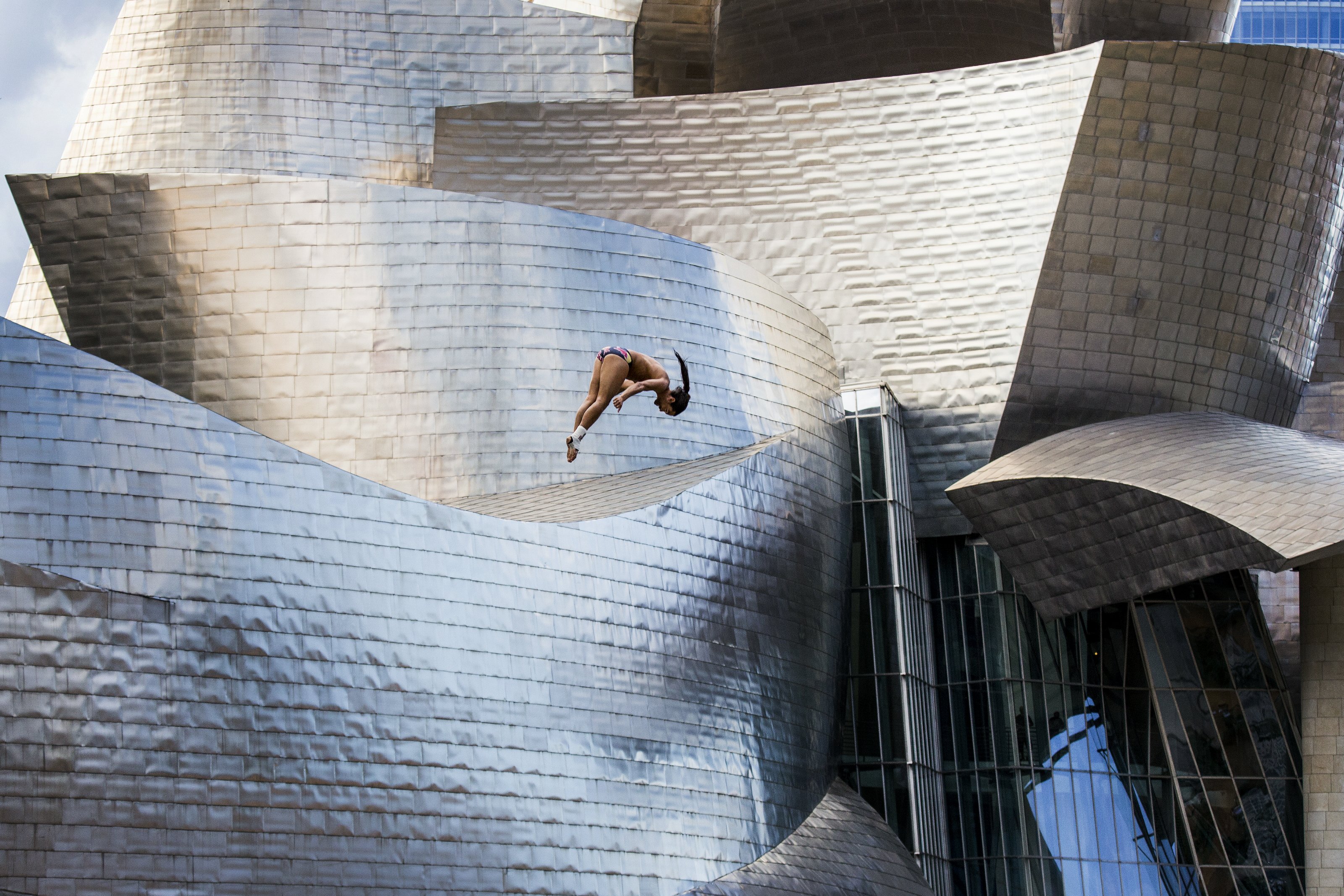 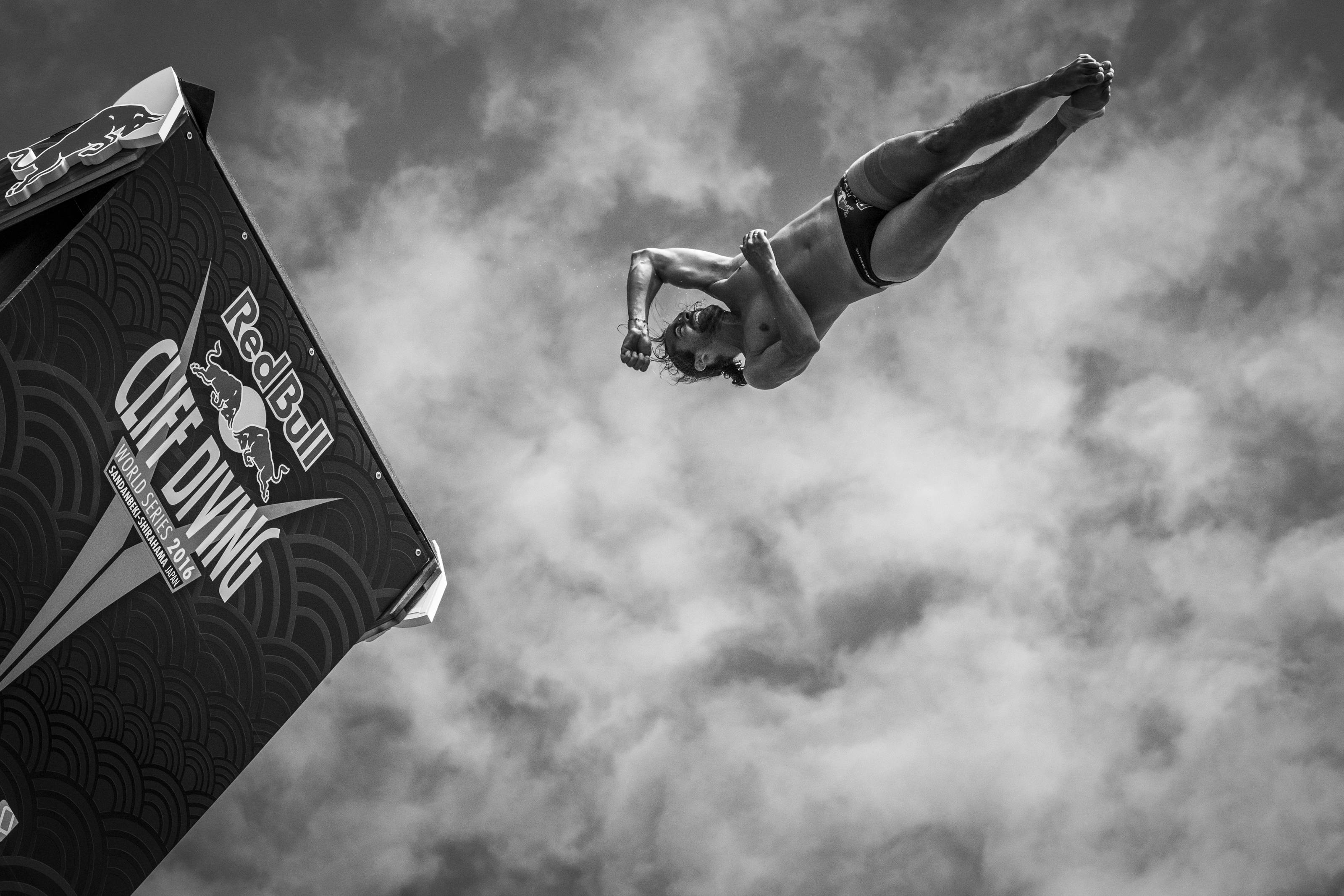