North to Nowhere with Anze Østerman

Eagles flying above the sea surface, elks crossing the stream, the music of the sea, and in the middle of all that, a man found home. 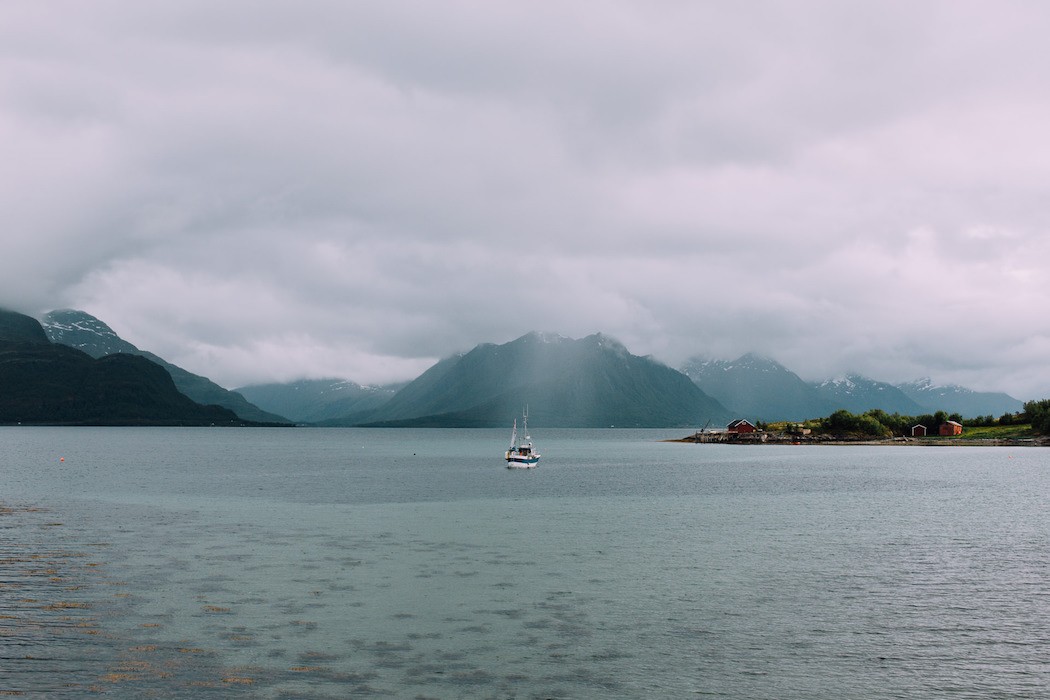 In June 2016, photographer Anze Østerman took a trip to Northern Finland, situated at the northernmost part of the Earth. The Slovenia-based artist met Robin, an englishman who chose to make the Arctic his home. His series of pictures entitled "North to Nowhere" not only documents breathtaking scenery but reveals the powerful story of a man who chose to live in harmony with nature. That’s the story of serenity and peace over crowd and connection. We wanted to learn more about the photographer and his experience in this isolated part of the globe. 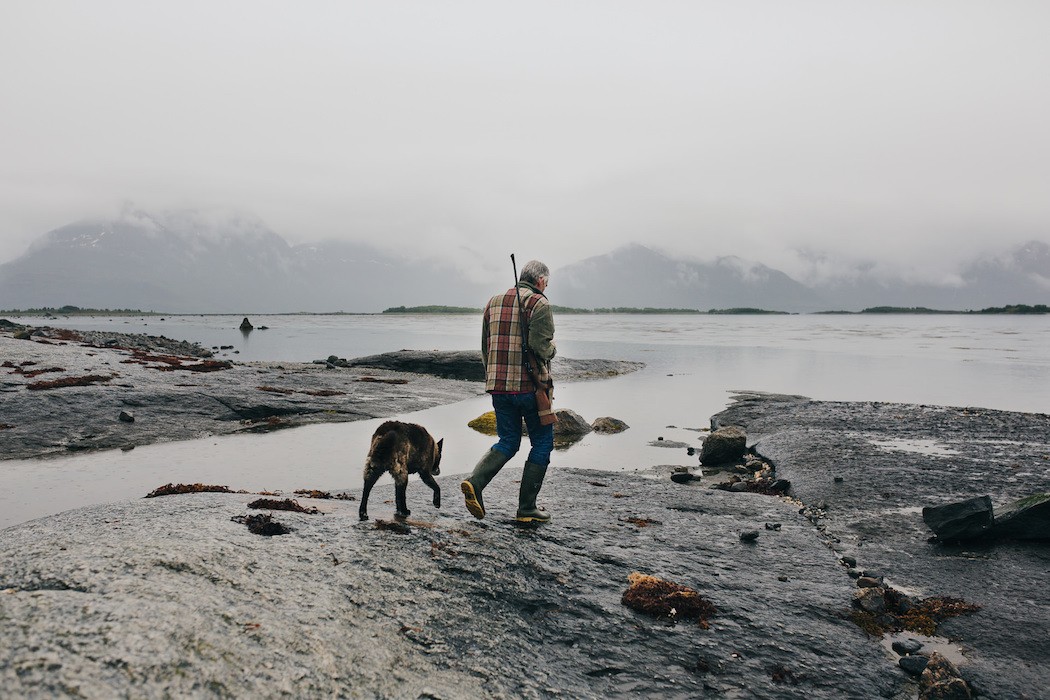 Within its borders, Slovenia contains Alpine mountains, thick forests and an Adriatic coastline. Anze Østerman goes back to the origins of his deep love for open spaces and tells us how it was like to grow up in one of the world’s newest country. « I had a wonderful childhood. I was born in a newborn country. It was war at the time I was born, but luckily, the war lasted only ten days, and after that, a new era was on the horizon for our people. Slovenia is a small and beautiful Alpine country with high mountains, vast forests and amazing coastline. My weekends as a child were spent either at my grandmothers’ farm or in the mountains with my parents, » he says. « I have been raised up doing so many activities like diving, mountaineering and watching movies. All these things affected who I am today at the age of 26. I’m lucky to have grown up in the 90s, when things were more real and honest. If you wanted to know how it feels to grab a fish with your hands, you had to go to the creek. Nowadays people google that. »

Fly fishing in rivers, skateboarding on frozen lakes, wild spaces in Norway, the slovenian photographer’s inspirations are definitely rooted in nature. « I think that we all have a relationship with the environment that surrounds us. Some people are not even aware of that. But we all call some places home. I like to document human’s interactions with nature. Their activities here and there, how they survive, in which way the environment affects them. To me, the most important is to understand and respect them, both people and the environment. The most important is to grow with this respect. Every time I learn something from people and from the environment, I somehow evolve. It can be ‘how to build a Nordlands’ house’ or learn ‘why sun is always up in June in the Arctic Norway’. Nature is my favorite environment to document because I find more honesty and balance in it. » 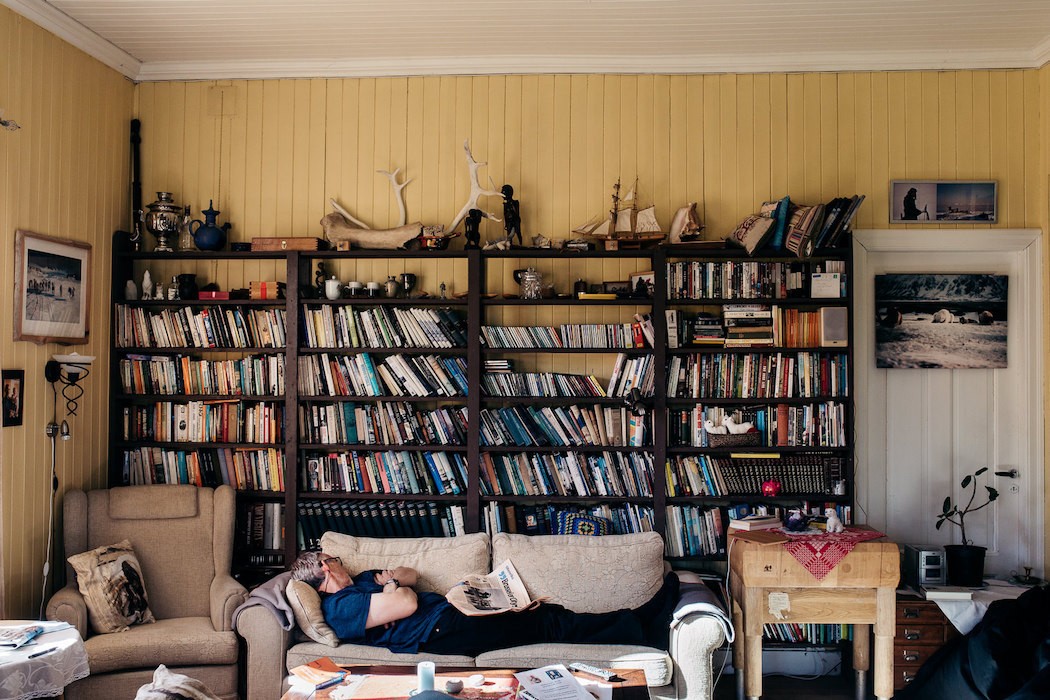 Anze belongs to these artists thinking that the most important thing is to step out of your comfort zone. « I like to capture a moment that you feel with all of your senses. So that the observer can smell the salt in the air and feel the breeze on his skin. For example when an orca surfaces one meter from your boat! I like to capture moments with my camera just the way I captured them with my own eyes, » Østerman says. « Sometimes I fail. Sometimes I succeed. Learning about the others and understanding what’s around me, that’s what I love about photography. With beauty comes a lot of harshness. I’m more attracted by the harshness than the beauty. But they often go hand in hand. Nature offers that. »

In June 2016, Østerman left to Northern Finland, where the sun never sets. « It’s called a midnight sun and it was wonderful. For the first couple of days, I had the feeling that I landed on another planet. » During a month, the photographer stayed with Robin and his family in a remote place with no internet connection, far from our modern society’s habits. « People like to think it is all about the escapism, but during my travels, I meet people who have a peculiar lifestyle. Some reasons brought them there. It may be because of fishing, because of love for open spaces, or just to live self-sufficiently. When you experience people's lifestyle, you are finally able to understand them. You can feel that the love of the environment reflects back on you. Eventually, there is no pollution, nobody controls you. You live in the middle of nowhere, surrounded by honesty. All the people I meet in places like these are extremely friendly and full of stories. » People like Robin. « Robin is not an ordinary man. He is an Englishman with an African heart and a love for the Arctic. He is a very spiritual guy and strong in his mind. Growing up, he gained a deep respect for the invisible world. Since he is a little kid, he’s been searching for a constant inspiration in books. One of his favorite book is called ‘The lost world of Kalahari’ that he already read more than 50 times. At the age of 26 years-old, he rowed from Shetland to Nordkapp in an open 18-foot rowboat. During those years, he somehow lost himself. The scenery and the natural forces from his expedition helped him back. This expedition made him a man, not just physically, but also mentally and spiritually. That boat brought him back to Norway, the place where he settled and finally found love. »

As for his future projects, Anze Østerman will keep on working on stories about people and communities living self sufficiently in remote places. «I’ll also start working on a new project which is connected to my love for the universe and space observation. I also plan to focus on the Arctic world, Alaskan North and West, especially the Aleutian Islands, Siberia and some ex-soviet countries. These are the places that attract me, because the North had always a special place in my heart. »

We chose to share Anze Østerman's entire logbook here below: 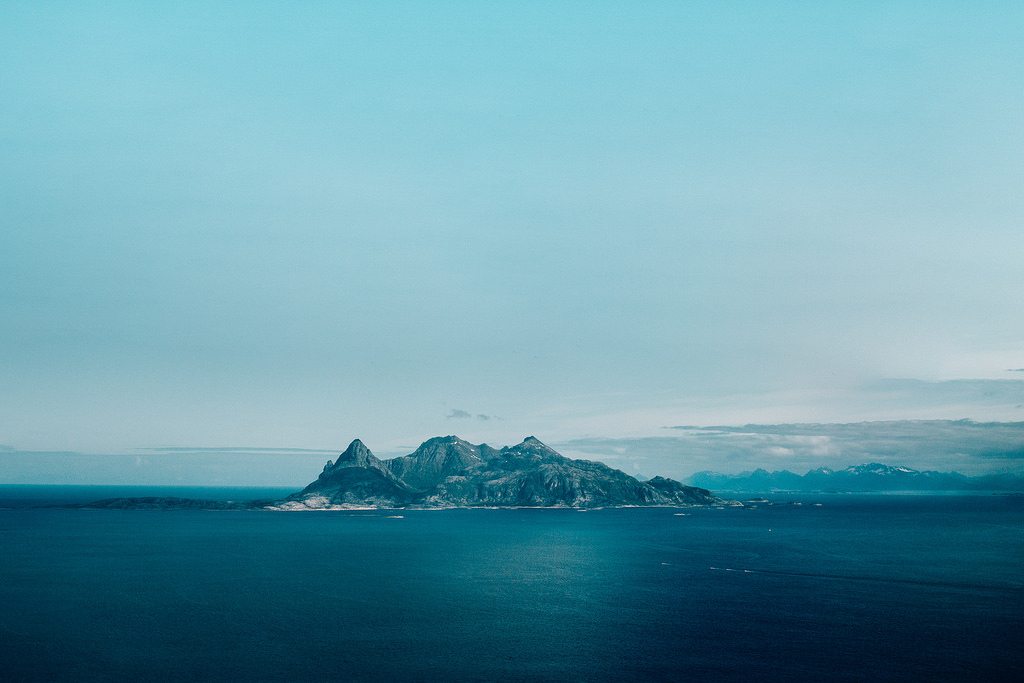 Arctic. I look around; wilderness in the middle of the fjord. Nobody; you can almost hear your heart beating. Eagles are flying above the sea surface, elks are crossing the stream, the music of the sea and in the middle of all that, a man found home. A place to raise kids, a place where he feels wonderful and satisfied with everything he has. What did bring him there? After some time living with him I realised that THE question was: What did you make who you are?

His name is Robin. An englishman with an African heart and a love for the Arctic. Expedition leader on the Northern seas, writer, wild man, friend to a polar bear named Lucky and a family man.

When he was 26 years old, he rowed from Shetland to Nordkapp in an open 18-foot rowboat. 12 weeks, alone on the wild sea. During the years after he left Africa, until the day he left the Shetland Islands in a small rowboat, he lost himself. The scenery and natural forces helped him back. They helped him become a man, not just physically, but mentally and spiritually.

When he was in school, he had his first encounter with snow. Inspired by British author and adventurer Laurens van Der Post's stories rooted in Africa, Robin headed up north. He spent 25 years in Svalbard where he owned a dog sledging company. A place where he met his wife. Later, they found this place, together, to create a family. Eventually, this was what he wanted: Family life in the Arctic. 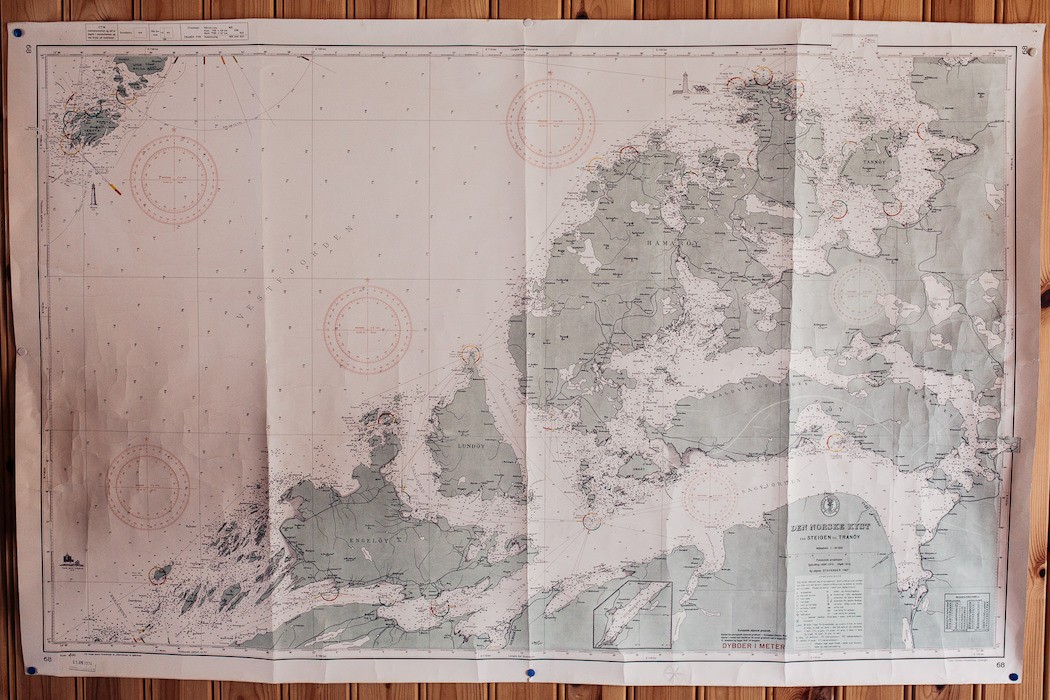 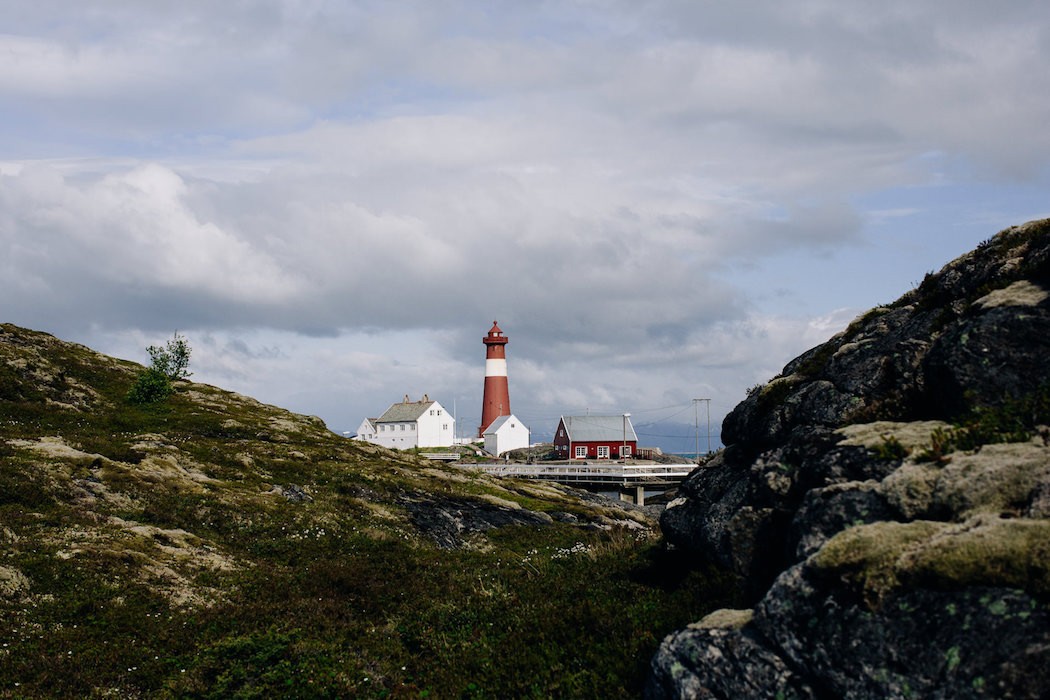 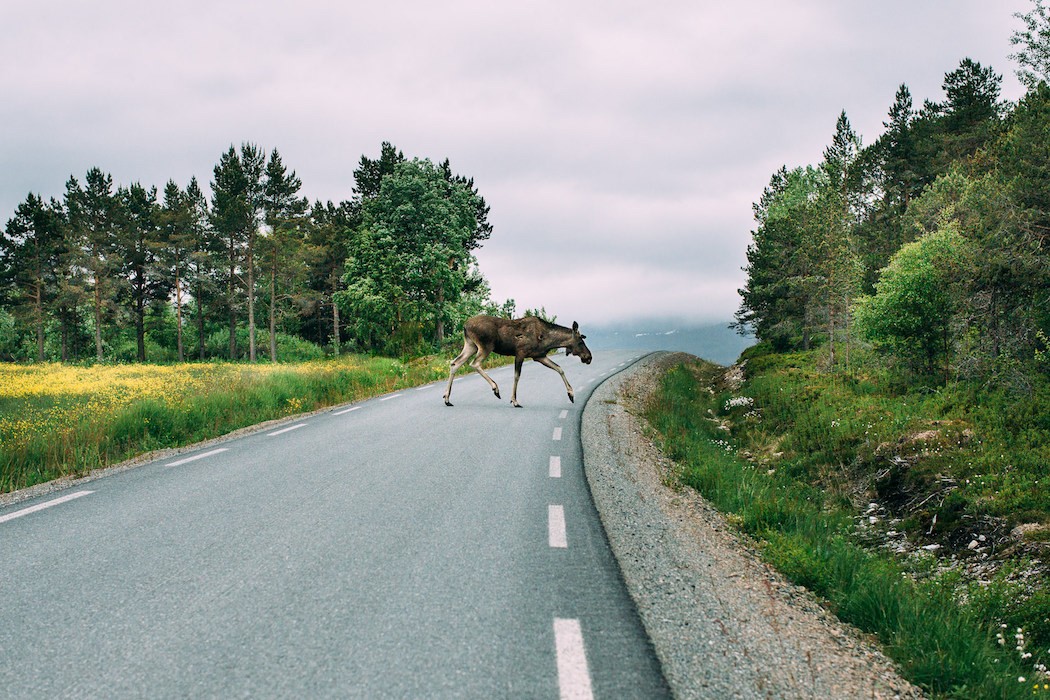 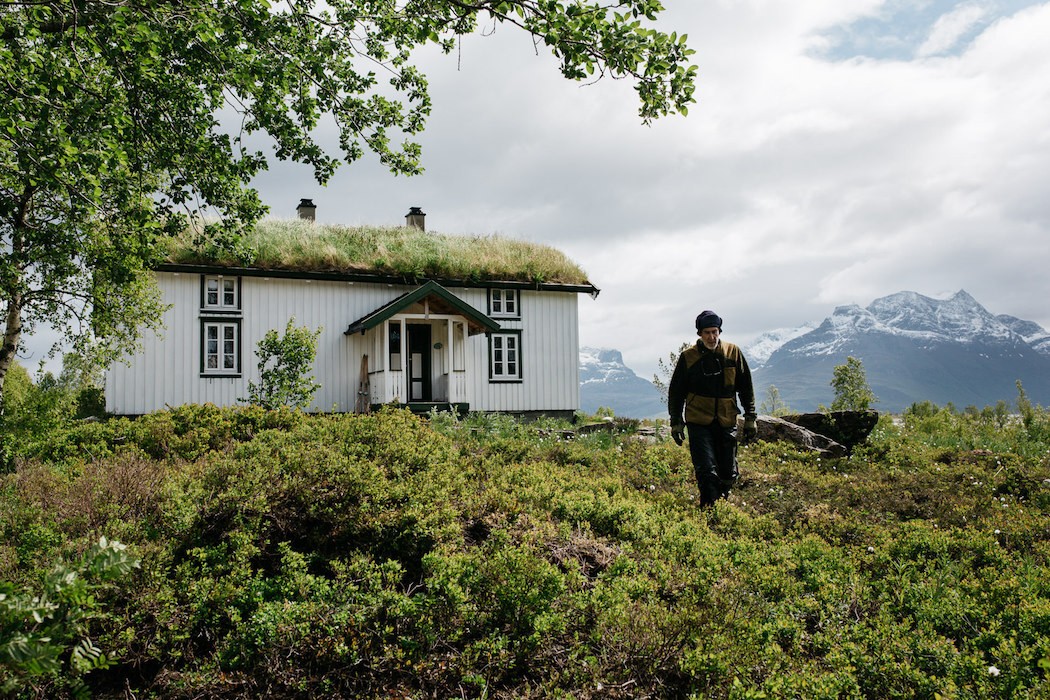 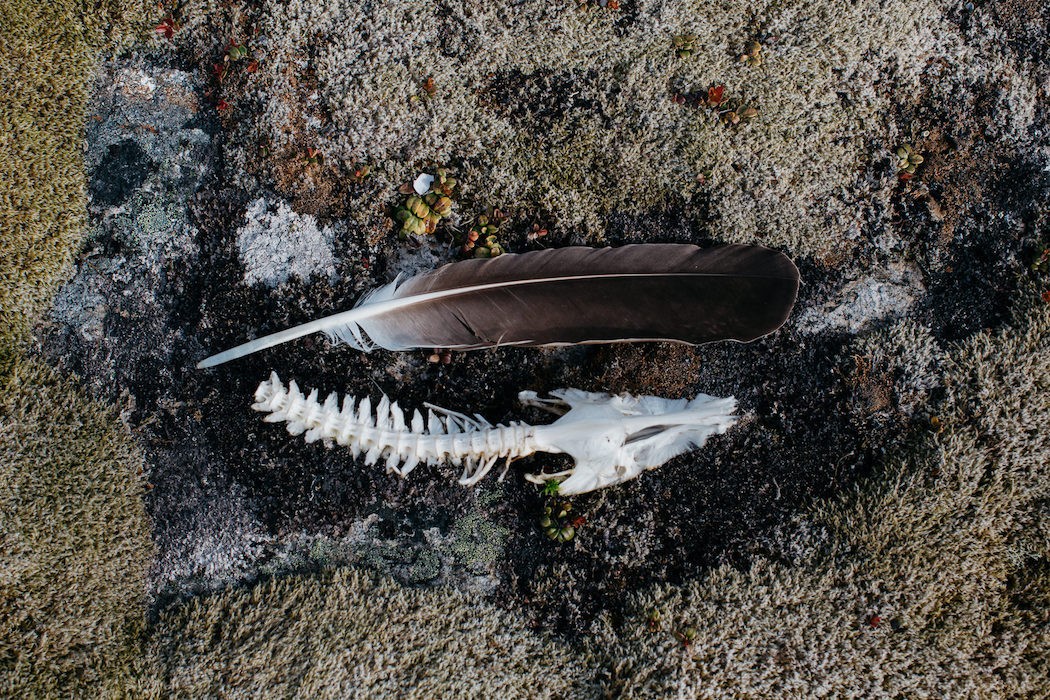 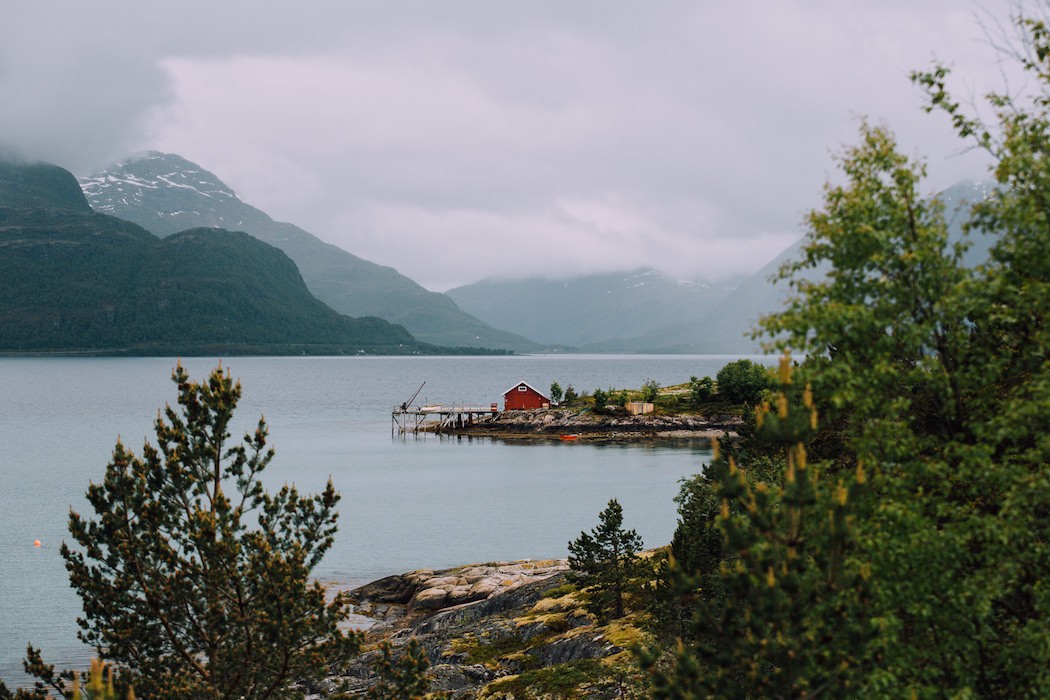 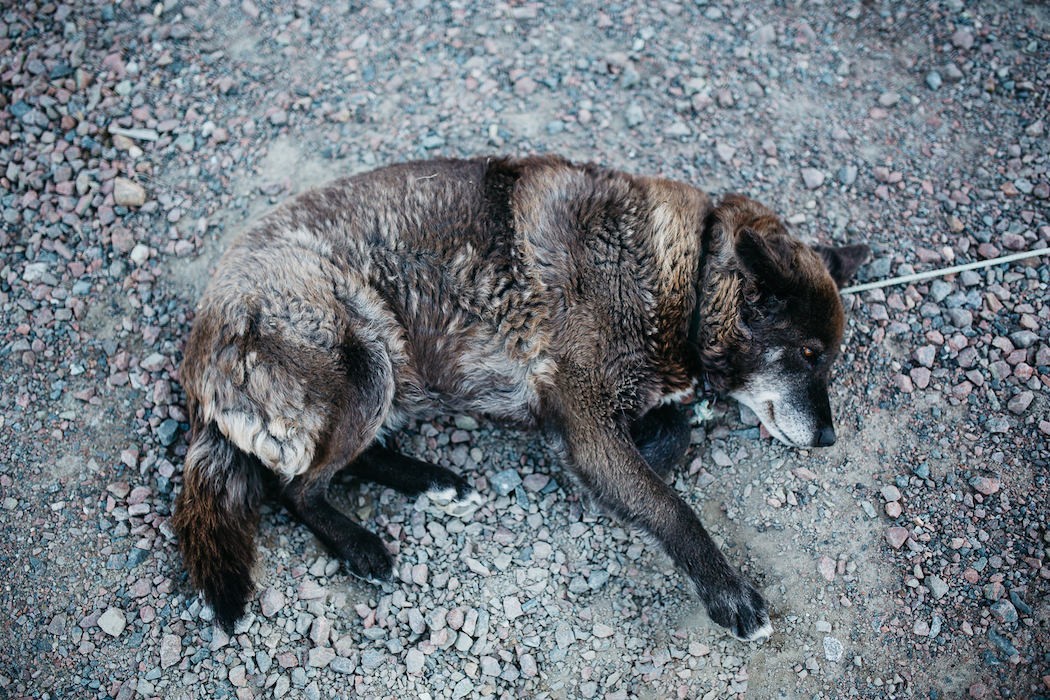 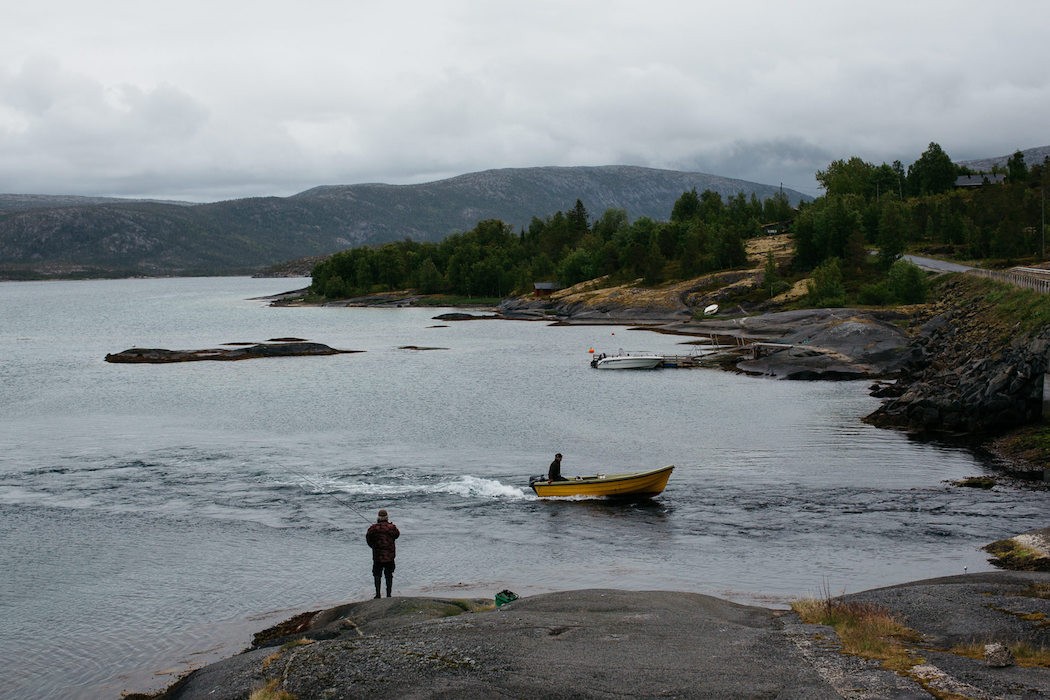 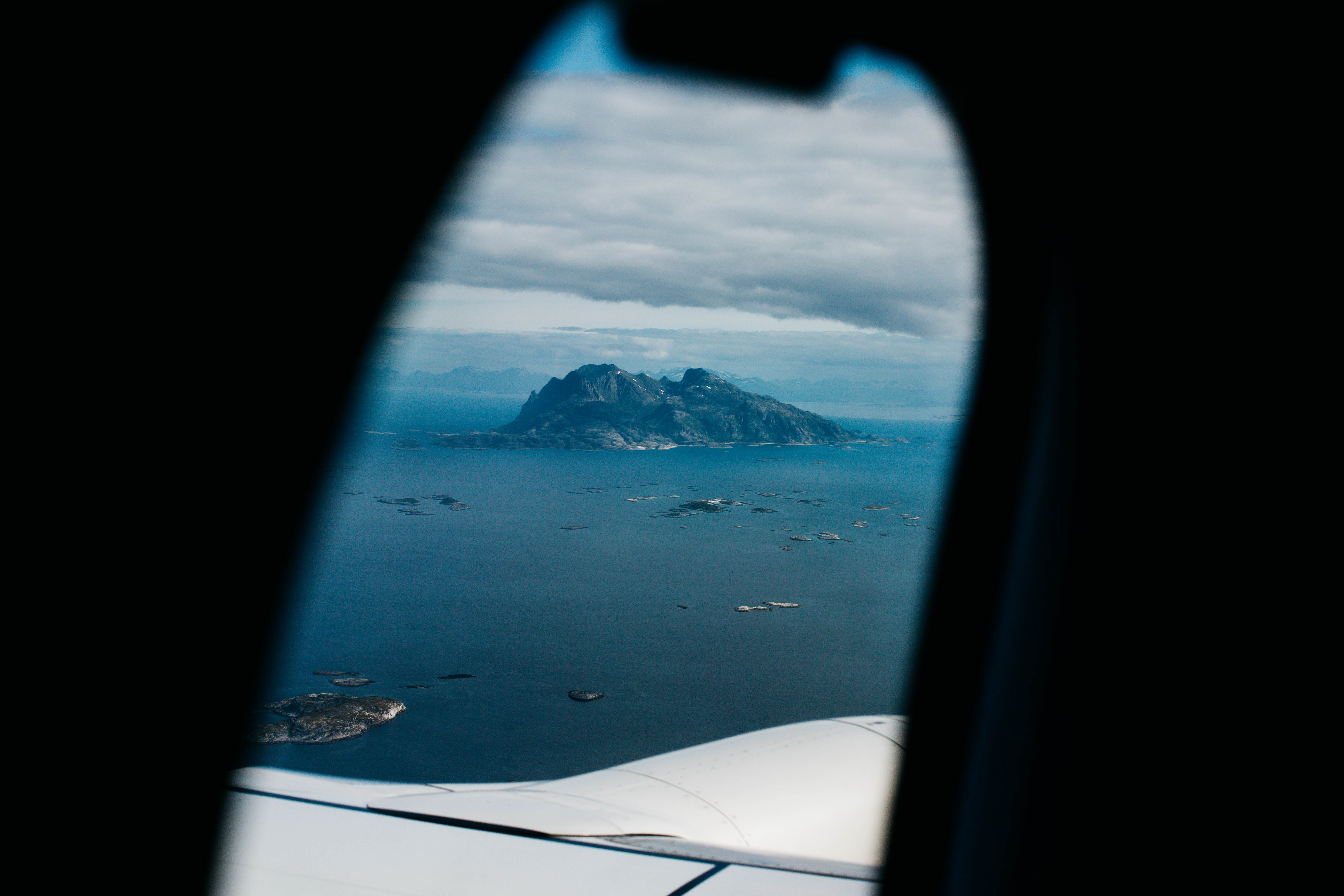 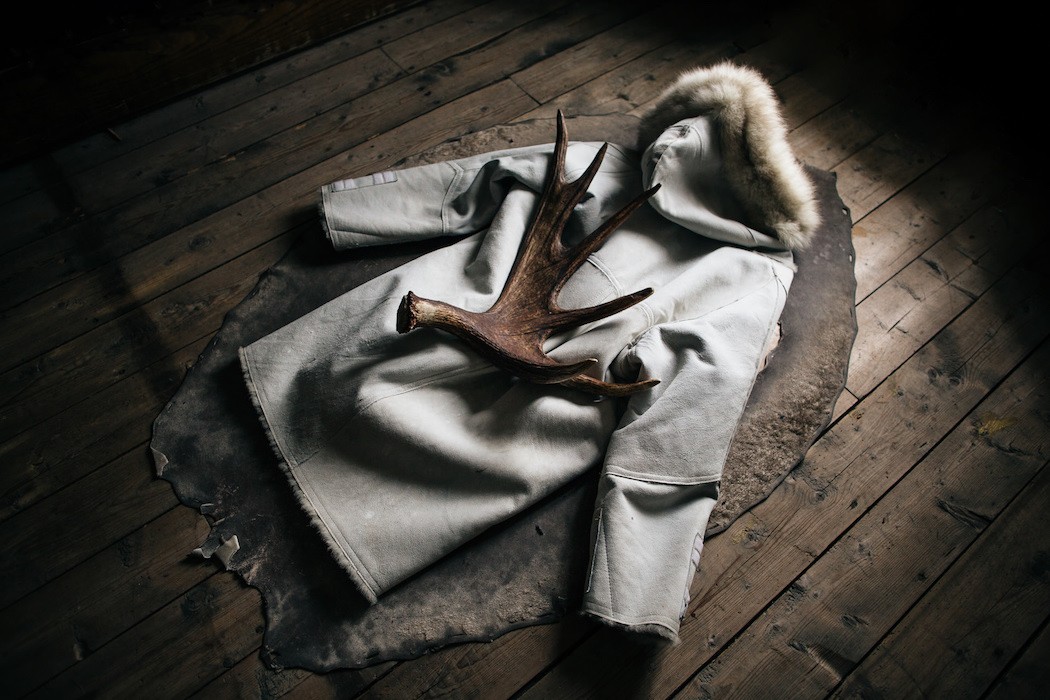 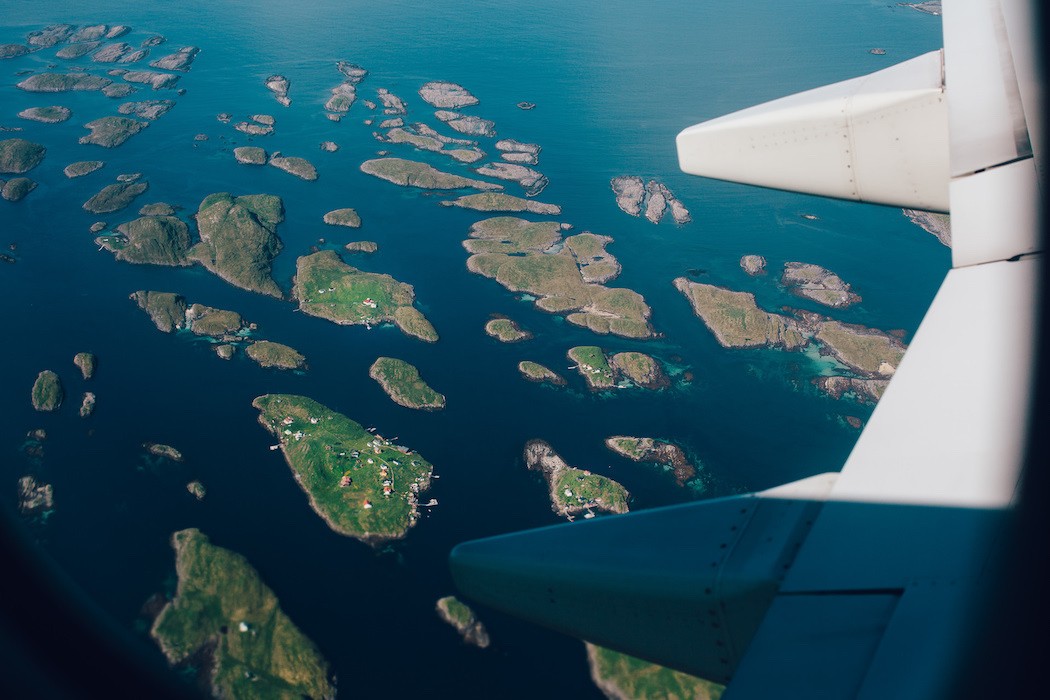 Discover more about Anze Østerman's work on his website.