Panthalassa has recently been invited by the world-renowned aquarium to exhibit its Plastic Family in order to celebrate the wealth of our oceans and invite people to protect it. 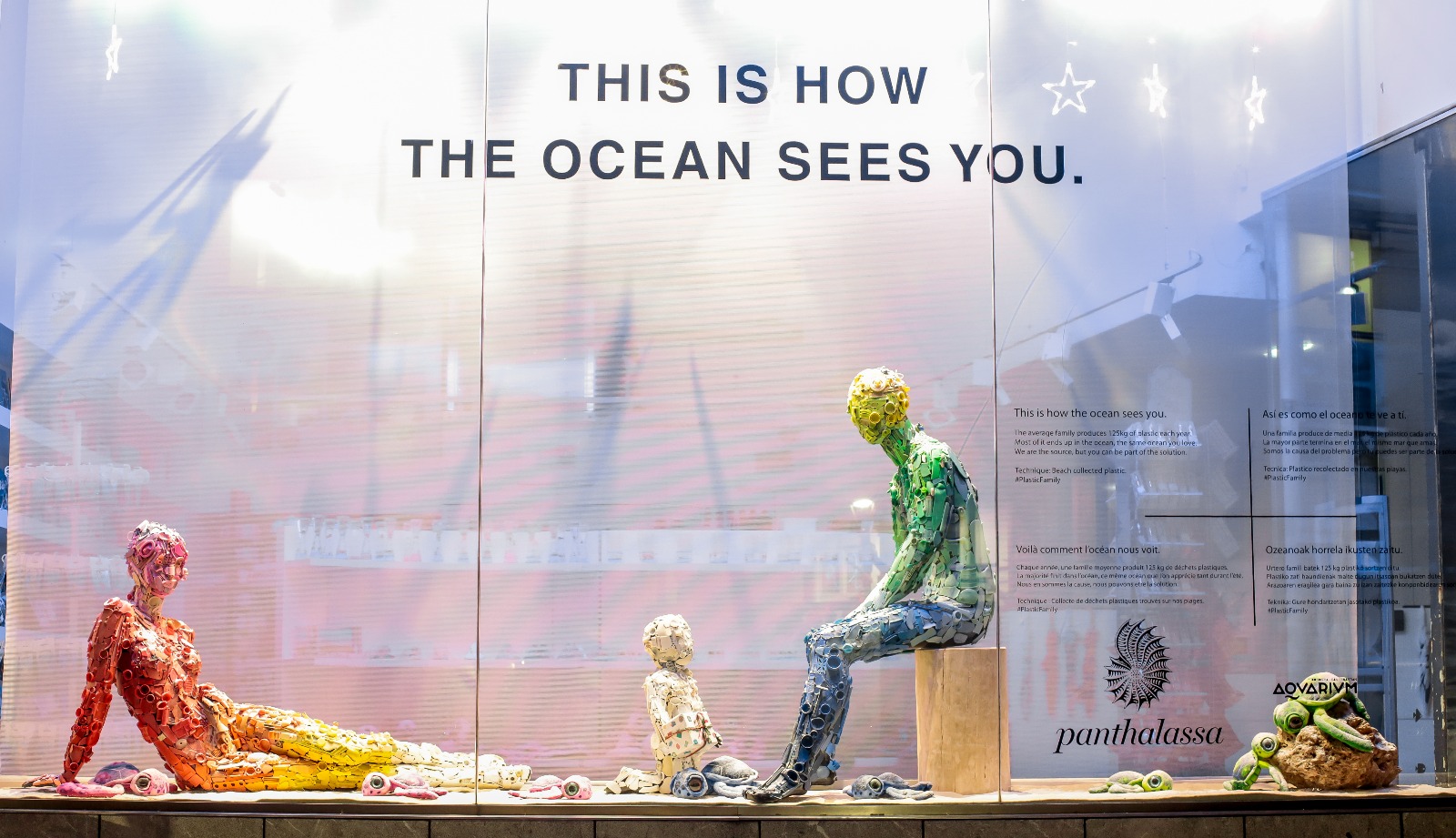 "This is how the ocean sees you" says in big the window of the oldest aquarium in Spain. Located right above the Atlantic ocean's waters, at the foot of Monte Urgull, the historical San Sebastian's aquarium houses more than 200 species such as turtles, tiger sharks, giant eels, sea stars and stingrays.

Panthalassa has recently been invited by the world-renowned aquarium to exhibit its Plastic Family  in order to celebrate the wealth of our oceans and invite people to protect it. 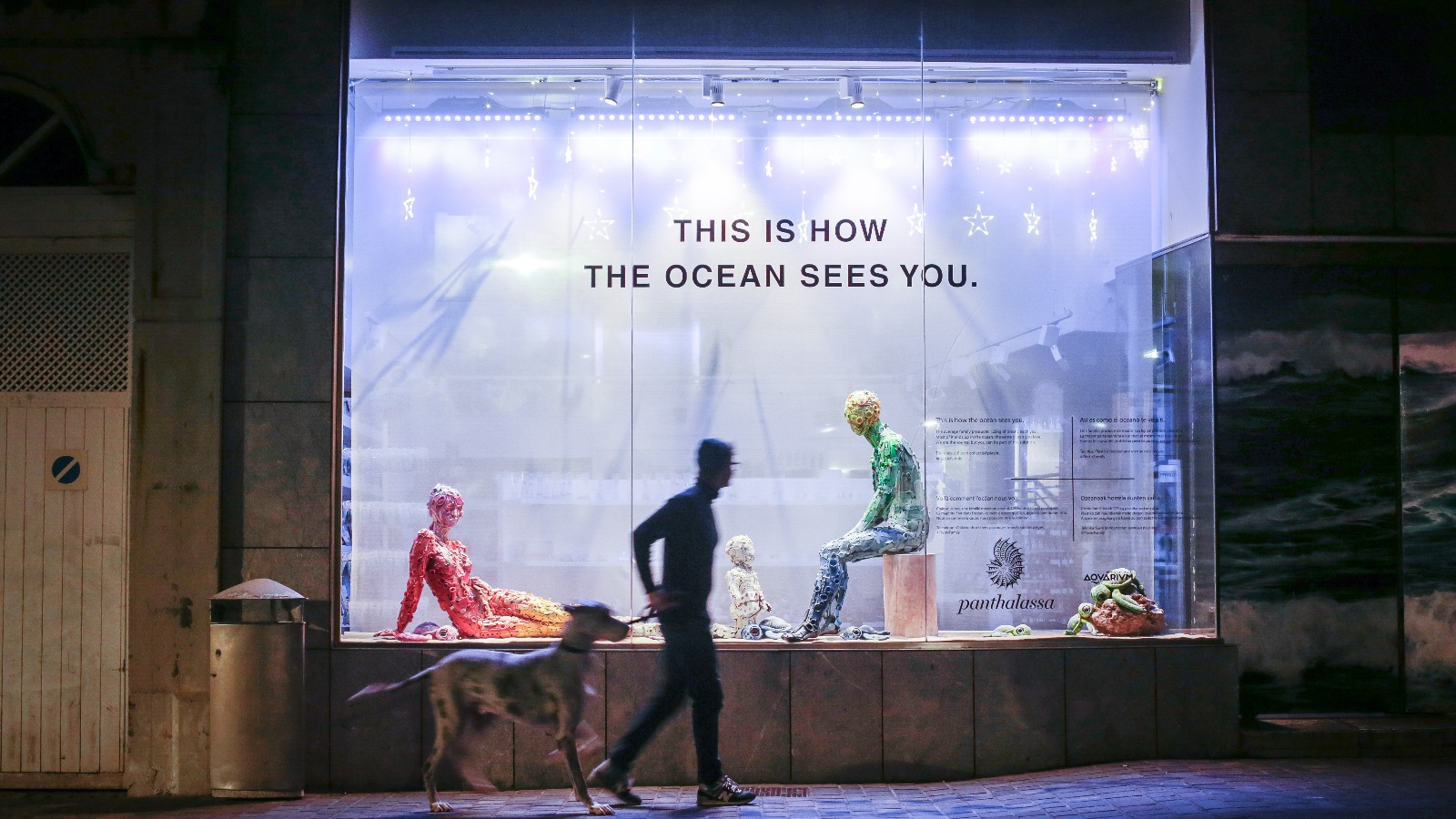 As a master piece of the place, a giant skeleton of a North Atlantic whale sits right in the entrance. Shells, small, big and colorful fish coexist. A wide range of sea life can been observed through a 360-degree underwater tunnel going right through one of the aquarium's tank. Inaugurated in 1928, it's much more than just an aquarium ans also plays the role of a maritime history museum. Through model ships and replicas, the museum share the illustrated history of the area's maritime transport, rowing competitions and Basque whaling.

Knowing our seas are the destination for more than 8 million tons of plastic per year, the aquarium have recently made a pledge to reduce the use of plastics especially in the souvenir shop. A decision able to reflect and echo our Plastic Family art initiative. As a mid-term project, they also promised to replace the plastic bottles with Tetra-Pak (cardboard boxes of drinking water).  That's why all the Panthalassa society members are honored to see the Plastic Family being highlighted in the first floor window of the aquarium this winter. 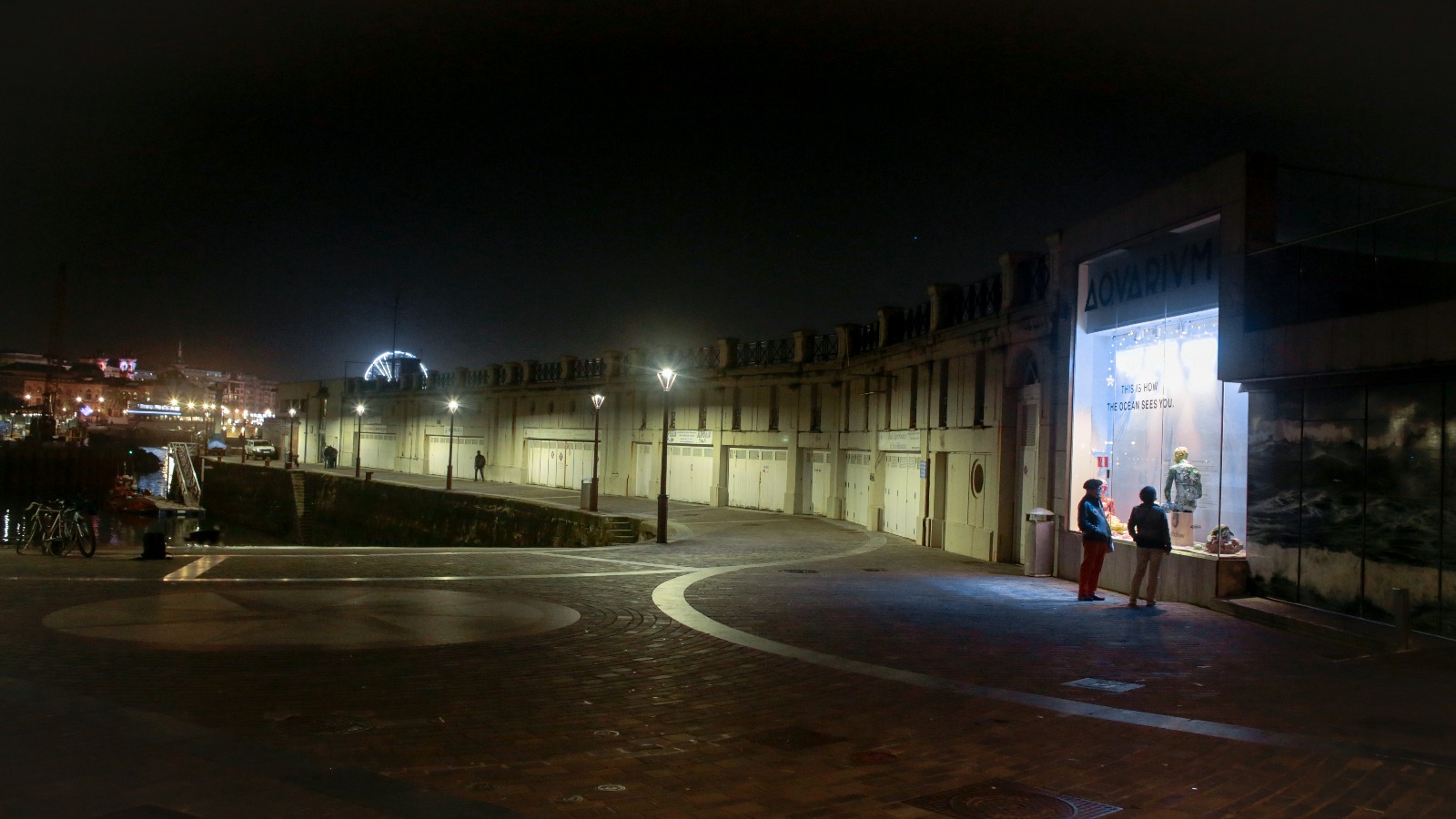 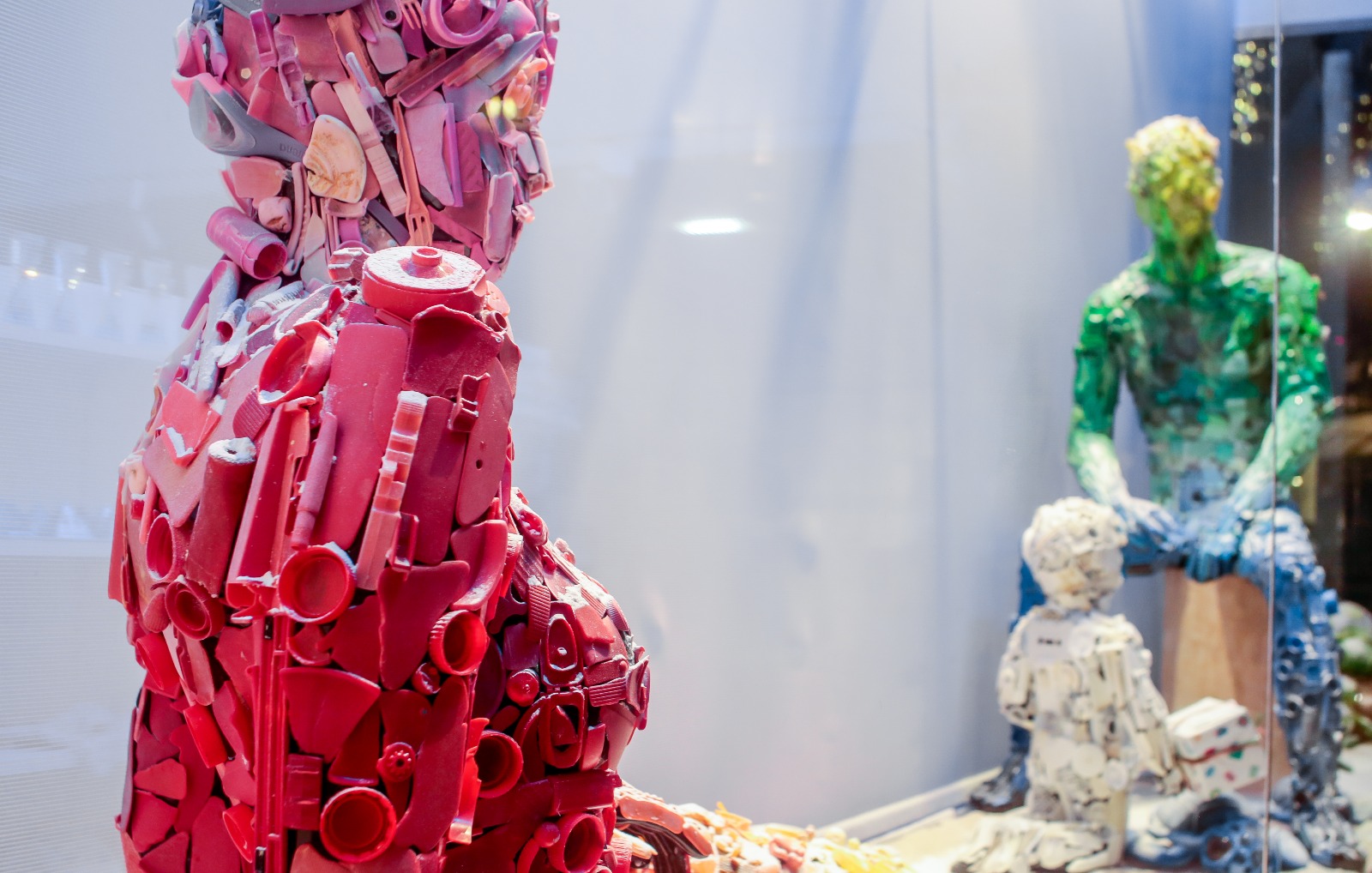 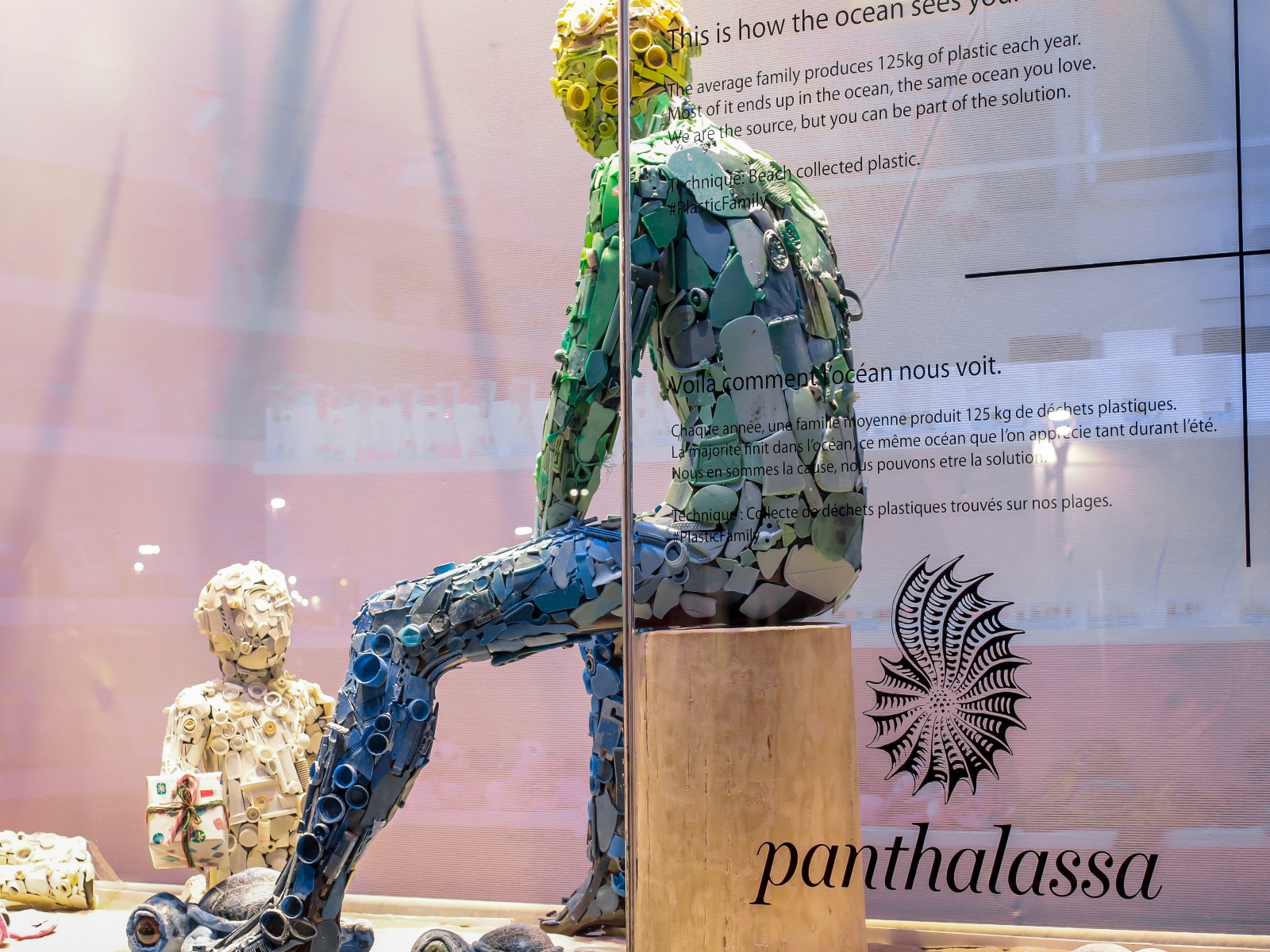 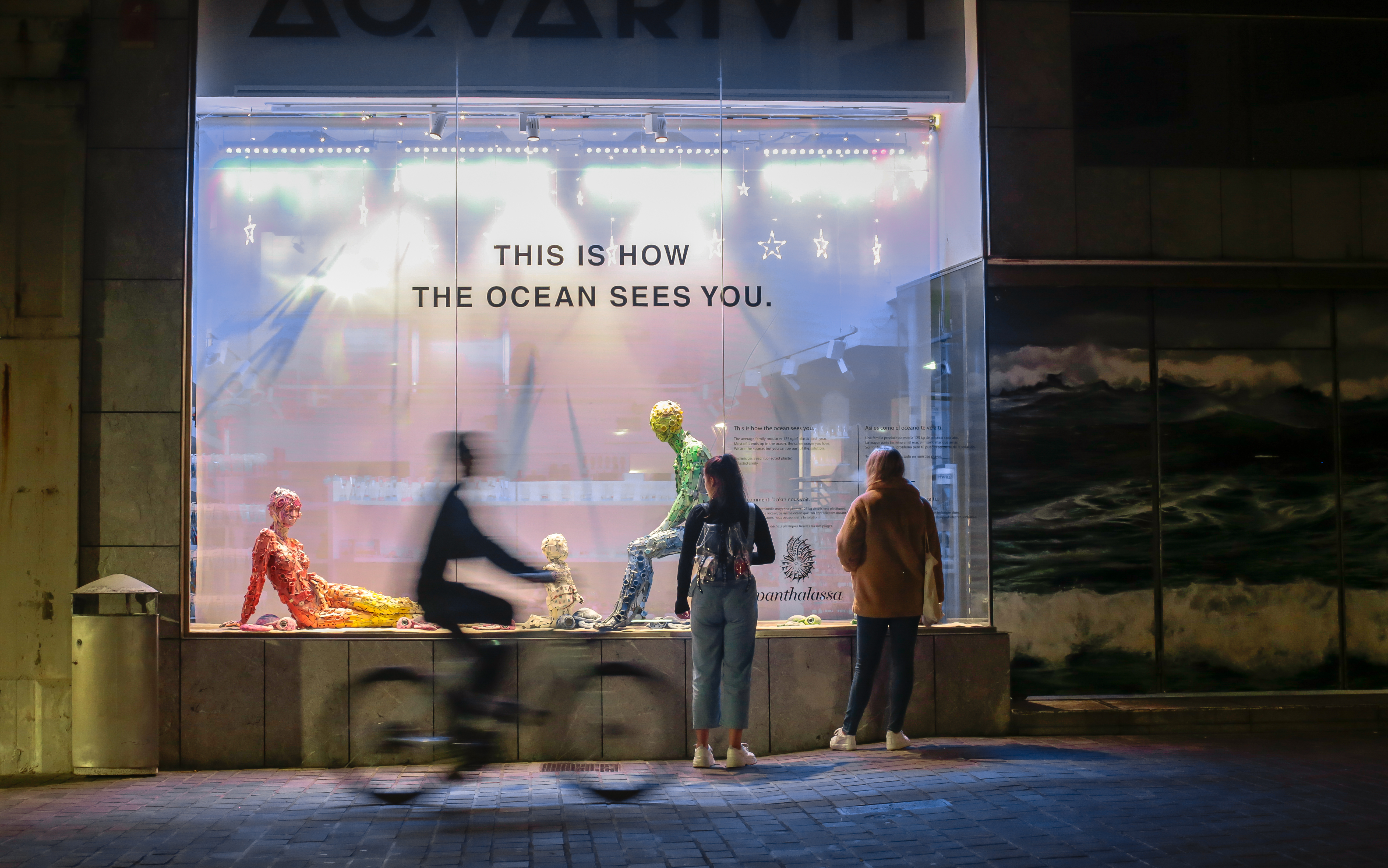