The Moken are the sea; they breathe, live, marry, dream, eat, make love to, worship, and sail upon the sea.

The Moken people, often called 'Sea Gypsies', are scattered throughout the Andaman Sea and the Mergui Archipelago of Thailand and Myanmar. Traditionally they spend eight months out of the year in thatch-roofed wooden boats called kabangs, from which they skillfully procure fresh meals of fish. The Moken are wholly reliant upon the sea, their entire belief system revolves around water. We met up with director Olivia Wyatt, to discuss her documentary "Sailing A Sinking Sea", a powerful piece of film-making about 'the vanishing sea tribe', forced to trade their houseboats for more permanent coastal settlements. 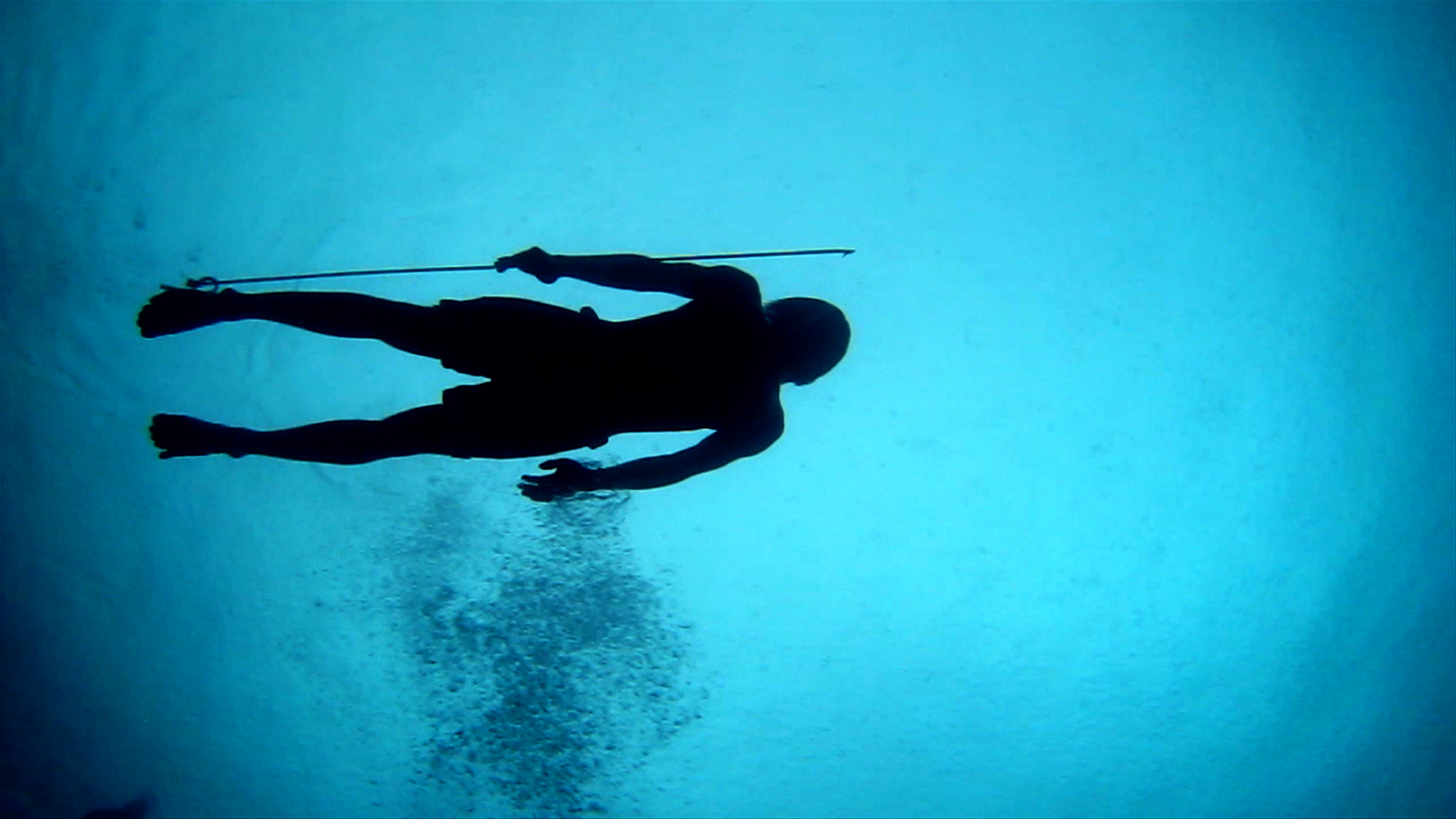 Growing up landlocked in Arkansas, Olivia Wyatt truly loves forest, mountains, rivers and other forms of nature. But there is something about the ocean that completely captivates her. "I first experienced the sea on a trip to Mexico with my grandmother, Lid, around the age of 6. She was an adventurer, and when I close my eyes and drift back to Mexico, I see her laughing while rolling around in the waves on a boogie board. When I moved to New York, I rode to the end of a train line and found myself a home on Rockaway Beach so that I could live next to the ocean - to feel and breathe her in the air all around me. It was there that I became obsessed with sailing, and discovered that I didn’t have to settle for living next to the sea, I could actually live on it! Now I live in Venice, California where I am learning to surf and I can sail year round." Wyatt has also been a certified scuba diver for seven years. She says: "Below the surface of the sea there is a lot of magic happening. It is so incredibly cosmic down there. I love scuba diving, but am equally terrified of it. This holds true for anything I do involving the ocean, that is what is so beautiful - she commands respect, is so powerful and has so many treasures hidden within her. Doing any sort of dance with her is a delicate one that requires a complete connection to her at all times." 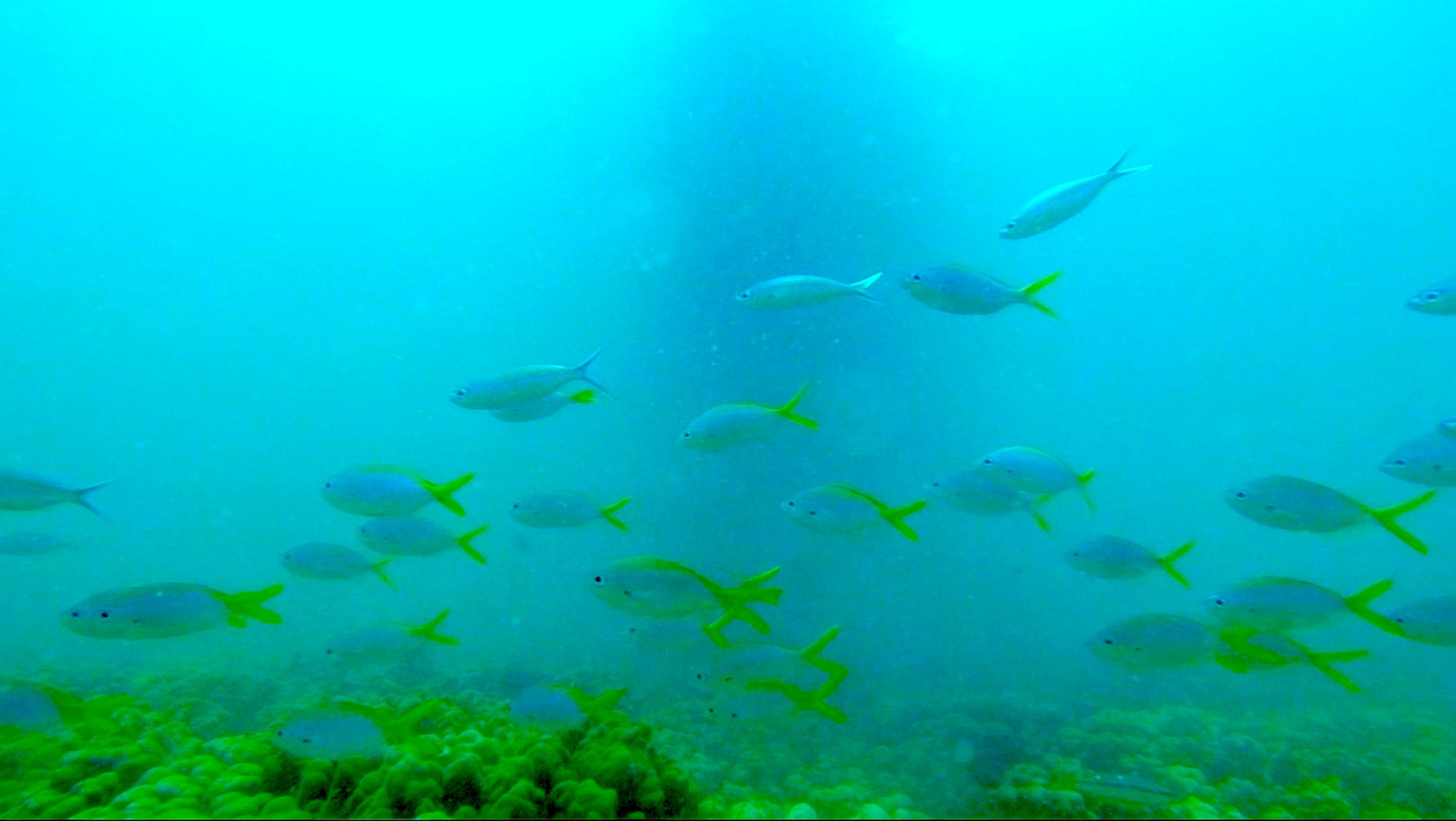 Olivia first read about the Moken in an article following the Indian Ocean Tsunami in 2004. "I fell in love with the Moken because they have such a symbiotic relationship with the sea that almost every single one of the Moken survived the tsunami, and even predicted it’s arrival. Their ancestral wisdom, shamanic dreams, and ancient songs taught the Moken how to survive the Laboon (Moken word for tsunami)." No one on Thailand's tropical Surin Islands perished from the wave that day. All fled to higher ground before the massive waves hit the shores. Because of the tsunami, the world began noticing the Moken sea gypsies.

On the Surin Islands, the Mokens live with the sea. Young men spear fish the traditional way, by holding their breathe and diving up to 30 metres-deep. "We catch fish, living as the sea people, following the Moken tradition", they say. Catching squid, collecting sea cucumbers and shellfish, (and) spearfishing has long been integral to the Moken way of life. Director Olivia Wyatt explains: "I was with the Moken for 4 months. The Moken are the sea; they breathe, live, marry, dream, eat, make love to, worship, and sail upon the sea. They have one of the most unique connections to the sea that I have ever seen in my life.  Their respect for it drips down beyond the depths of the sea itself. When the Moken fish, they take only enough to survive and what is left over they share with their community." Unfortunately, their neighbors on the sea do not share the same courtesy. "Dynamite fishing in Myanmar and coral bleaching (due to climate change) have killed off so many of the fish in their region. It is increasingly more challenging for the Moken to find fish, and they often reflect on how lush and ripe with fish their waters once were. What is more disheartening is that the Thai government has determined that the Moken are contributing to the decrease in fish population and have started to regulate when, where and how frequently they can fish, and even forcing them to sell some of their catch to the Thai government at reduced market rates." 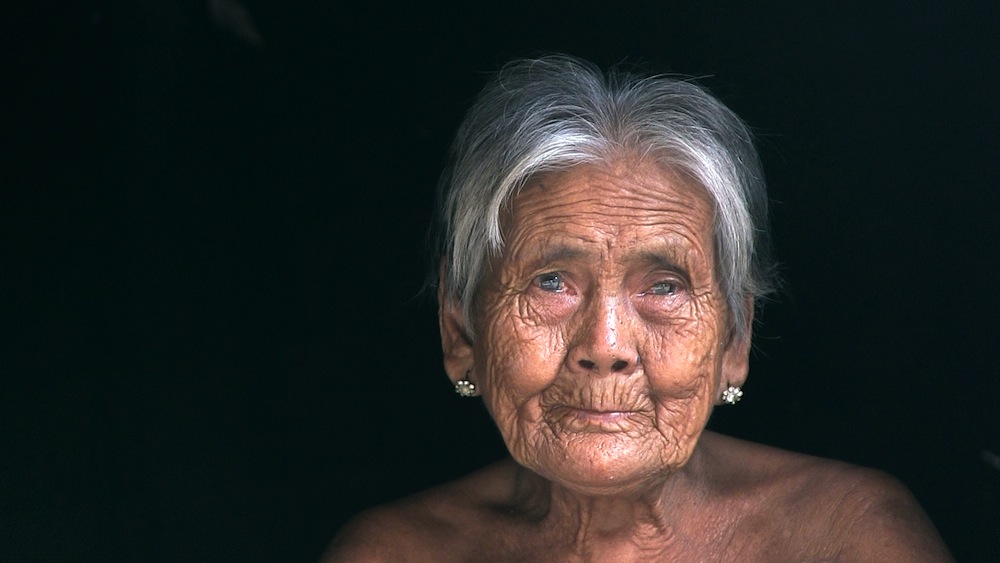 The Moken have always depended on the bounty of the sea, but over-fishing has emptied the nearby seas. Today, Moken divers have to dive deeper and go further out to sea to collect shellfish. Many have died from decompression sickness, and on the mainland, Moken fishermen can no longer hold their breaths long enough to free-dive for spearfishing. Forced to stay on island year round, the Moken are in a desperate fight to keep their traditions alive. Allowed to fish only within limits, they are today under unprecedented pressure to assimilate into the mainstream and the mainland. "Their culture is evaporating and along with it their vast wisdom of the sea. The younger generations were already starting to stray from their watery ways, but the older generations are the heartbeat of many Moken traditions.", says Olivia. "Within the next 15 years, all of the Moken traditions will be mostly weathered and faded memories in the minds of younger generations." Now numbering less than 3,000, it makes them one of the smallest ethnic minority groups in Asia.

Modern society tends to discriminate against nomadic peoples. Sudden winds of change bring both promise and peril, and threaten traditional ways of life. New houses, schools and a Moken museum appeared. Over the years, many Mokens have abandoned their nomadic ways of life and some communities of the nomadic sea tribe moved to the mainland forming a group called the "Land Moken". Wyatt was living there in 2013, documenting the last generation of Mokens who live traditionally. "There is a major shift happening in the community. I was living over there in the spring of 2013 and children were not interested in learning the Moken way of life, or language for that matter. I returned in late 2015 and during that brief period of time so much more had shifted. On my favorite Moken island the men and women were barely fishing.  They sat around making small wooden replicas of their boats, sea creatures, and jewelry to sell to tourists who flood their island multiple times a day."

According to the American Director, there are many things contributing to the loss of Indigenous communities, and once their bond with nature is severed there is no turning back. "When younger generations trade their language for one spoken by a majority, and prefer to stare at products of modernity vs. the sea, the unraveling begins. Cultural Tourism is one of the most detrimental factors at play here." Wyatt saw 8 - 10 tourist boats arrive on Surin in a 3 hour period. Tourists walked around in their next-to-nothing-bathing suits and watched as people slept, ate, showered, and existed. "As though they were in a zoo! By looking at the Moken in such proximity, we are destroying their connection to the sea." 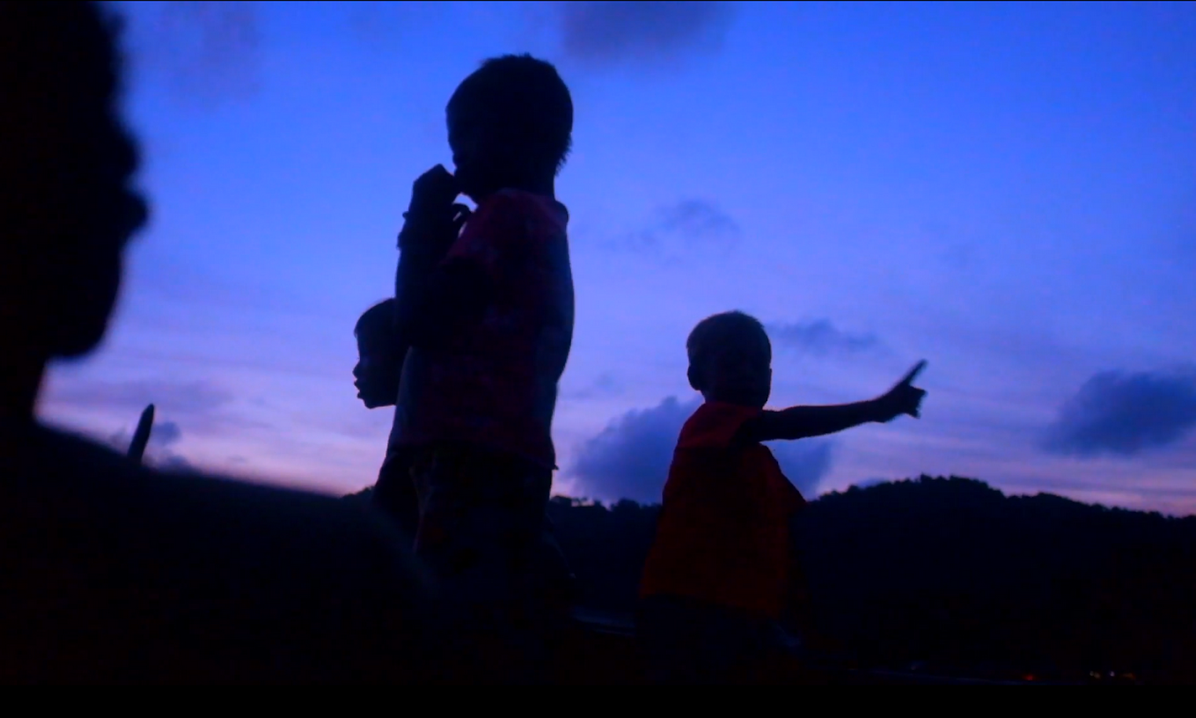 Using a GoPro camera, a Eumig Nautica Super 8 camera, and a Canon G1X to shoot the underwater footage, Wyatt's feature-length film elegantly explores the Moken's relationship with the sea. "I love mixed media. I thought the mix of film and digital footage was another way to convey to the audience the transition that is currently happening within the Moken community with ancient ways colliding into the modern maze", says the American ethnographic filmmaker who describes herself as "having a psychedelic vision of the world.  "I am drawn to preserving communities who are on the brink of extinction through film. I believe with all of my being in magic, and my heart is drifting somewhere out in the ocean among a pod of dolphins." 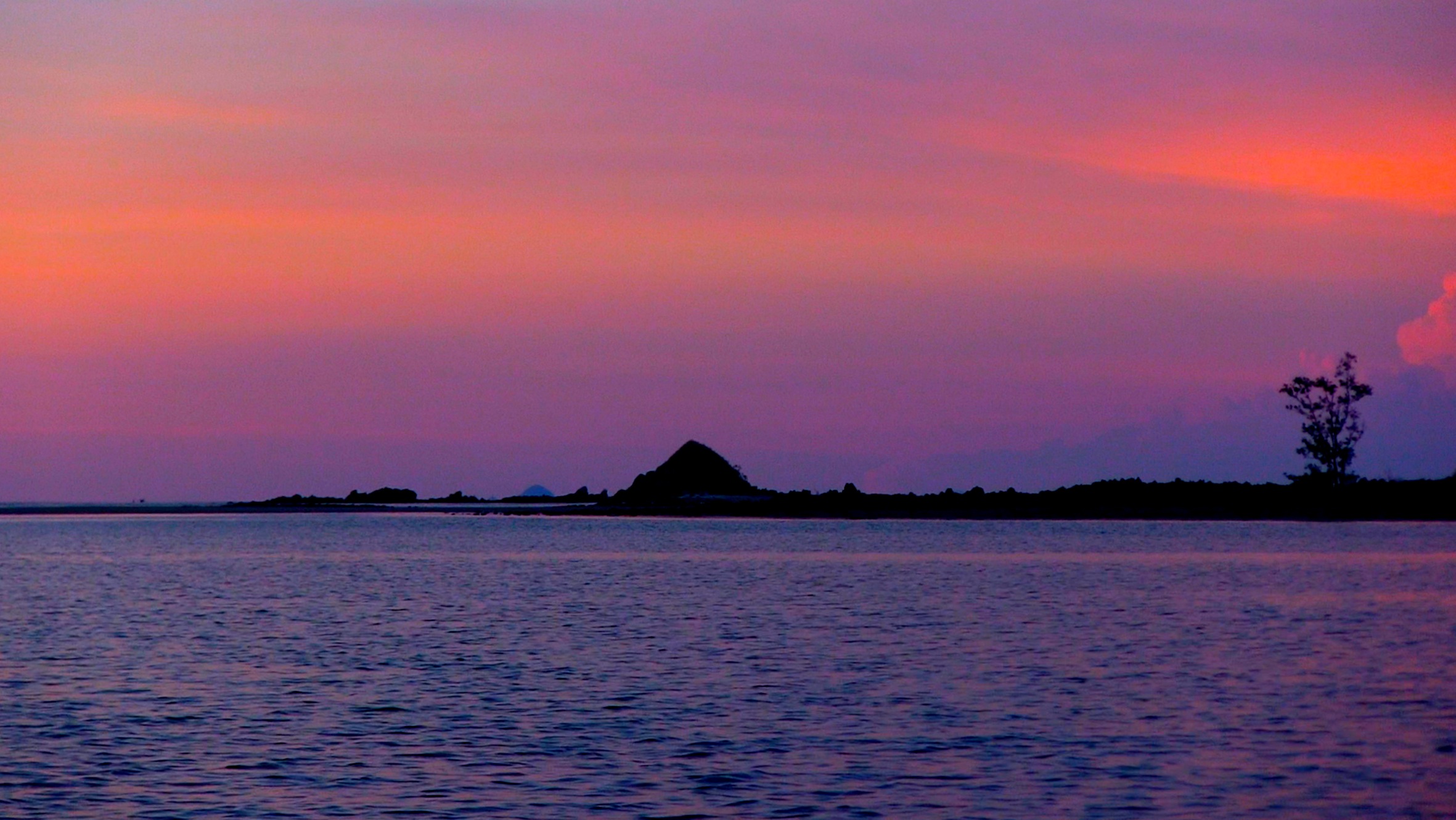 The question Wyatt gets most often after screening "Sailing A Sinking Sea" is What does the Moken community think about the film? "I recently was blessed with the opportunity to return to Thailand and share the film on the islands where it was captured. I started the journey on Koh Surin, and after the first screening we interviewed my favorite character from the film, Selemat. Selemat is a shaman with a weathered voice that sounds like centuries live within it. In the film he shares funny stories about men marrying mermaids, and the joys of life on boat which include anchoring and having sex anywhere you please. Selemat spoke to us in his second language, Thai, and often refers to himself in third person." According to Olivia Wyatt, Uncle Selemat liked it too. He said:" I can watch it again and again. If we (old generation) passed away, there will be no people knowing about us. We try to provide (knowledge) for new generations and the new generations loved watching (the film). We like it. Mokens like it. The songs. They’re Moken songs. Ancient songs. We like to watch them. We like to listen to old songs. Thinking about singing songs, that singer, the one who sang Rong-ngeng song, my grandchild, she passed away...died already. There are only songs left."

Wyatt directed, produced, shot and edited two other documentaries - "Staring into the Sun" (2011), "The Pierced Heart & The Machete" (2013) - all glimpsing into the soul of communities that still breathe in time with the nature around them... "Their minds are moulded by ancient mythology and wisdom. Everyone is working under a cosmic law in order to benefit their community as a whole, versus perceiving the individual as of the utmost importance. There is a beauty within each community I have documented that I don’t even have words to describe."

“The goal of life is to make your heartbeat match the beat of the universe, to match your nature with Nature.” - Joseph Campbell. That's Olivia Wyatt's life philosophy. Discover more of her stunning work on her website and follow the release of her documentary "Sailing A Sinking Sea" on the 13th of May.