He saw the ocean as the perfect landscape; one where you are at the mercy of the elements on such an extreme scale that you can truly challenge yourself, and that is what he is all about. 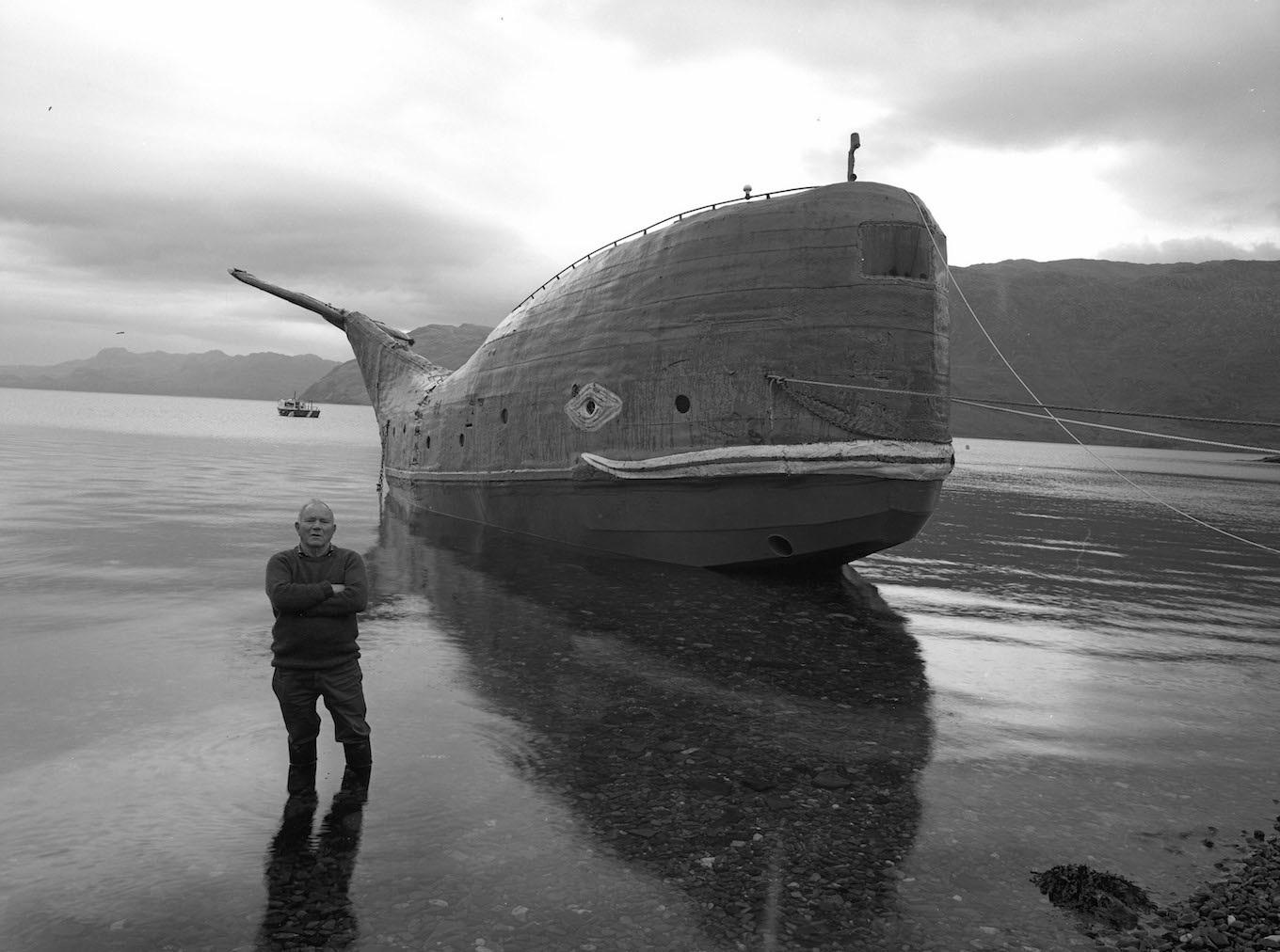 Modern-day adventurer Tom McClean has held records for solo rowing and yachting voyages across the Atlantic. On May 17, 1969, knowing almost nothing about ocean navigation, he set off from Newfoundland to Ireland in his small fishing dory, thus becoming the first person to row solo across the North Atlantic, a voyage of 71 days. Storms, freezing temperatures, huge waves, and often tracked by sharks, he faced discomfort and isolation for more than 2,000 miles. In 1982, while a soldier in the SAS, he set the record for the smallest boat to ever cross the Atlantic. 20 years ago, McClean started to build a 20-metre steel boat in the shape of a whale named "Moby". With the 65-ton sperm whale designed by McClean himself and covered with steel panels, the former SAS trooper plans to sail 3,000 miles to America.

After various solo Atlantic crossings, and a successful inaugural trip around the British coast with "Moby" in the late 90's, the 73-year-old British adventurer made a home in the West Highlands of Scotland, where he runs an outdoor adventure centre accessible only by boat, or a gruelling seven-mile hike.  A few months ago, writer Joe Banks and photographer Luke Montgomery went to meet the explorer on the remote shore of Loch Nevis. "The first one is the real adventure because you're doing the unknown. Adventure to me is the unknown. Just pushing yourself into the unknown," he told them. We sat down with Luke to talk about his meeting with explorer Tom McClean, and his environmental campaign aiming to use clean energy. "By the end, we felt quite attached to him and fascinated by his unique stoic attitude towards life and how that had enabled him to achieve so many great things." 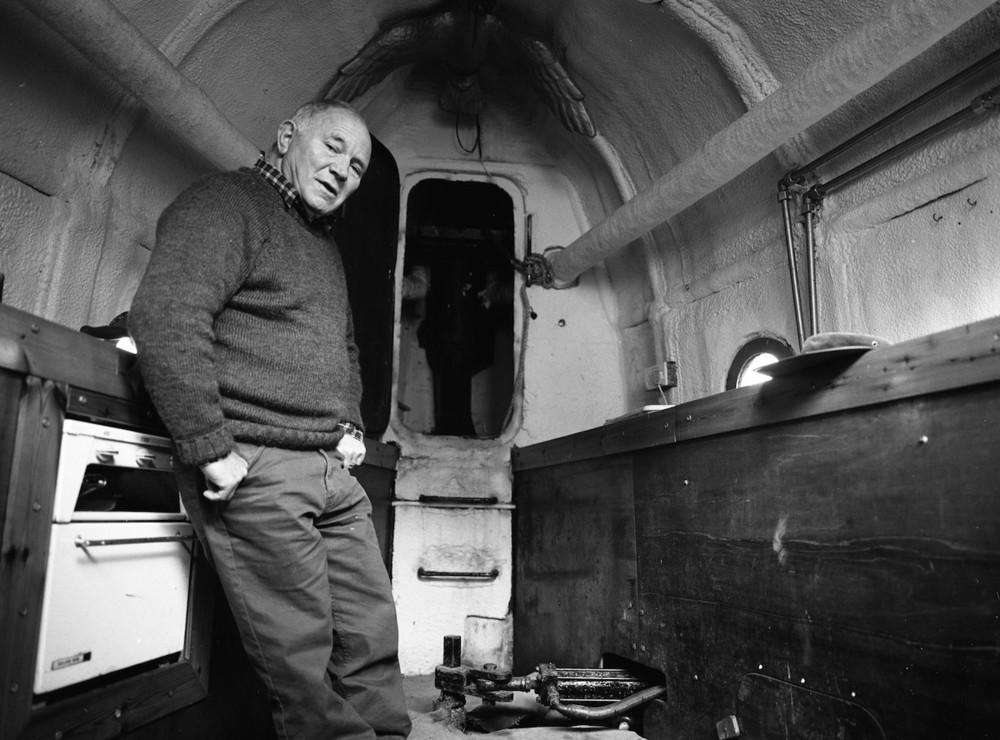 Luke, tell us more about your background.

I trained as a painter, then restlessly moved into sculpture/installation before settling on analogue photography and film as a means to express myself. Recently I have been doing some journalistic projects with my writer friend Joe Banks, where our aim is to approach journalism in a fuller, slower way than normal.

When and where did you first meet Tom McClean?

My girlfriend at the time knew his son and arranged for us to meet him. I wasn't really prepared for the fact that his dad was this epic character. I spent most of the weekend enraptured by his stories, and made a note to myself that the world really needs to know more about Tom McClean!

For those who’ve never been there, how would you describe the environment of the Highlands?

I have travelled to quite a few places, and the Highlands have a unique atmosphere and a hold over me unlike anywhere else on earth. On one hand, the beauty is comparable to more renowned spots like Norway or New Zealand, but there is also a harsh, raw element to the wilderness that once you get a taste for becomes addictive. On a practical level this comes in the form of ever-changing weather and midgy attacks, which mean you always need to be prepared. On another level there is a deep, timeless silence, and moody meditative quality that is really special. I often feel like I'm on a forgotten prehistoric seabed up there. It can be quite barren yet there is so much detail in everything. Every bog hole or dense clutch of heather contains a new world of colours and textures.  I would go so far to say that the Highlands is one of my favourite places on earth. 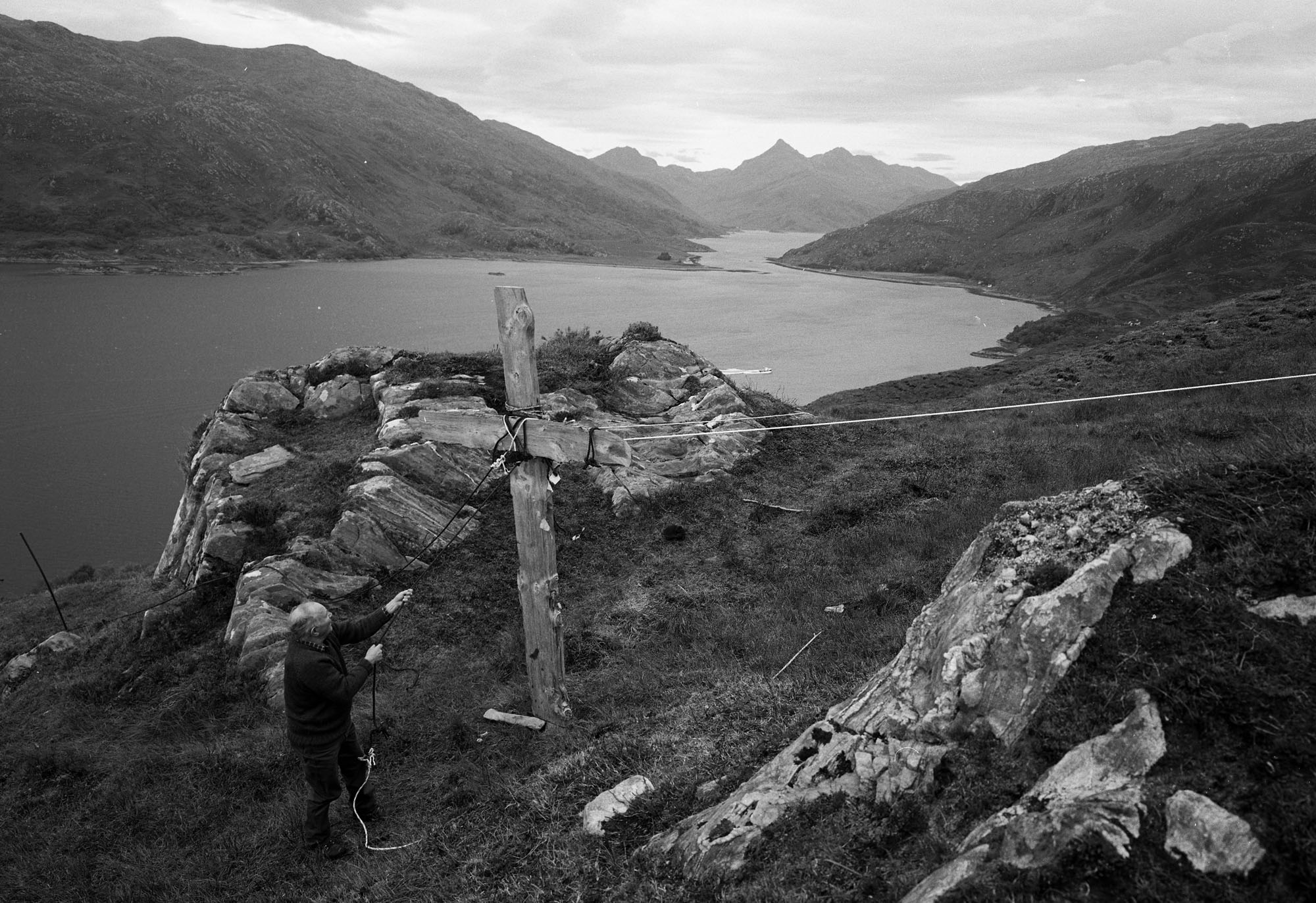 You have been lucky to shoot McClean’s latest project called "Moby". Could you describe for us your encounter with the 73-year-old man and his 65-ton boat - the size and shape of a sperm whale?

Joe (the writer) and I stayed with Tom at his adventure centre for 4 days. We first met him at the Mallaig Harbour, and were ushered onto the boat with military efficiency and the tone was set. There were plenty of long periods of chatting in between various chores like fixing the roof, or chopping wood and cooking simple food. Tom is all about simplicity. He does not need much, in fact on a day to day level I feel like the less he has the happier he is. In his words, "I just need me grub and me kip......" and this is in startling contrast to a looming steel whale parked up on the shore outside his cottage. But I get the feeling Tom doesn't ‘need’ the whale, for him it is a passionate piece of fun and adventure. What really keeps Tom happy is his family and the simple pleasures. He sleeps like a rock every night. I think that says everything.

It was nice to spend so much time with Tom in such isolation, and on his terms. By the end we felt quite attached to him, and fascinated by his unique stoic attitude towards life, and how that had enabled him to achieve so many great things.

When I first painted I used a very vibrant palate, but as time went on I started to mute my palate, and my sculpture always dealt with plays of light. I guess black and white photography felt like it was the natural progression from this.

Black and white photography is all about light and form, so I was drawn to the challenge of a pared down aesthetic. In some ways it is more difficult to create an absorbing  photo because you don't have the aesthetic of colours to fall back on, but then also something just feels less cluttered for me. There is a simplicity.

I don’t think I deliberately try to be ‘spiritual’ in my photography but taking photographs for me is a deeply spiritual experience. There is nothing I like more than walking this earth for days with my camera in hand, trying to be as silent as possible, waiting for the world to show me its beauty either in its smallest details or grandest expressions. I also enjoy the analogue process of black and white photography. It might be romanticising the medium but I kind of feel like I am fossilising light through an actual chemical reaction onto the negative, and as I carry around my used films I feel like I have a physical imprint of my journeys in my pocket. In an age where most things live on the ‘cloud’ or everything is photographed a million times, this feels like a good way to keep my sanity. If you decide to be a photographer you are kind of consigning yourself to join that visual overload, so there is a responsibility to put images out into the world that you have a personal relationship with or are at least taken with sincerity. 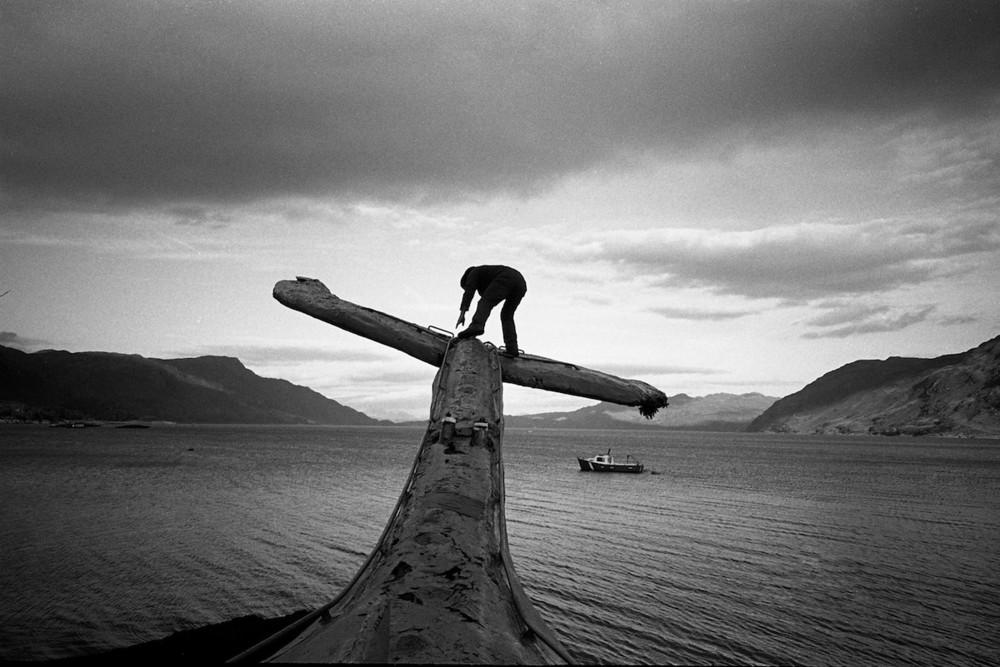 McClean describes himself as an orphan-boy who turned into an adventurer. With "Moby" the steel whale, he dreams of crossing the Atlantic once again. Water seems to be a key component in his life. How would you describe his intimate relationship to the ocean?

I don't think Tom was particularly enamoured with the ocean or water more than any other elements. In fact he had barely done any rowing before he set off on his first Atlantic crossing.  But he saw the ocean as the perfect landscape; one where you are at the mercy of the elements on such an extreme scale that you can truly challenge yourself, and that is what he is all about.  He talks about his journey across the Atlantic on the Giltspur (the smallest boat ever) with a certain glee in his eyes that he had to slowly eat his supplies down before he could even fit inside the boat - and even then it was the size of a coffin. The closer he feels to the elements the more satisfied he is.  Crossing the Atlantic on "Moby" is the perfect performance to pay tribute to all his adventures and re-connect with the landscape that defines him.

McClean recently replaced diesel engines with electric motors to create a vehicle for a zero-carbon environmental campaign. Do you know more about this campaign?

This is his plan. He is very keen for "Moby" to become an environmentally friendly form of transport, and this is the message he wants to send to the world. But to do this requires a big financial investment which I don't believe he has received despite so much admiration and attention from the global media and the public. We are still hoping that a corporate sponsor who wants to be associated with a positive environmental message will get involved.

Whales have a powerful hold on the human imagination. It seems that "Moby" gathers a mythic dimension that resonates with so much of his own life, doesn’t it?

Absolutely, Joe drew those lines together superbly in his writing. After all Tom has achieved in his life it feels so poetic that he is spending his last chapters attempting to ride across the arena of his adventures in a giant whale. Joe references Carl Jung’s ‘the myth of the night sea journey’ where an individual is swallowed up by some creature and then spat out, undergoing a temporary death, a descent into darkness, followed by rebirth or renewal. Even though Tom would never talk of himself in such hyperbole you can't help but feel that his relationship with the whale is the perfect echo for the life of an orphan turned hardened adventurer. 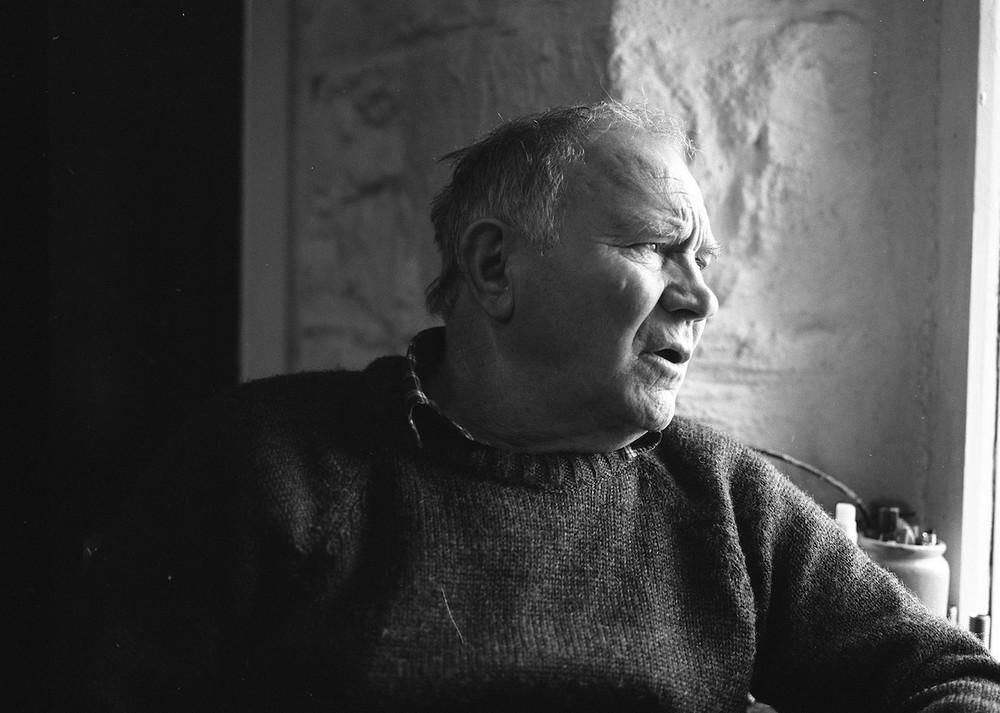 Have you heard from Tom recently?

I emailed with him a couple of months ago to ask about the weather and midgy situation as I was heading up that way to climb some mountains. Unfortunately I didn't get to see him but I’d like to think its not long until I visit again, it's a truly special place. He said a lot of people have been in contact with him about various documentaries but he is still waiting on a big sponsor to come through.

What are your next projects Luke?

I have a couple of stories on the boil with Joe about a hermit and a driftwood craftsman. I also just spent a month walking around the UK developing my "Jaunts" series. I have my eye on a very ambitious long walk in Central Asia at some point next year. If it were possible I would spend my life just wandering the earth with my camera at hand, and in some ways the rest of life just feels like waiting until I can go and do that. 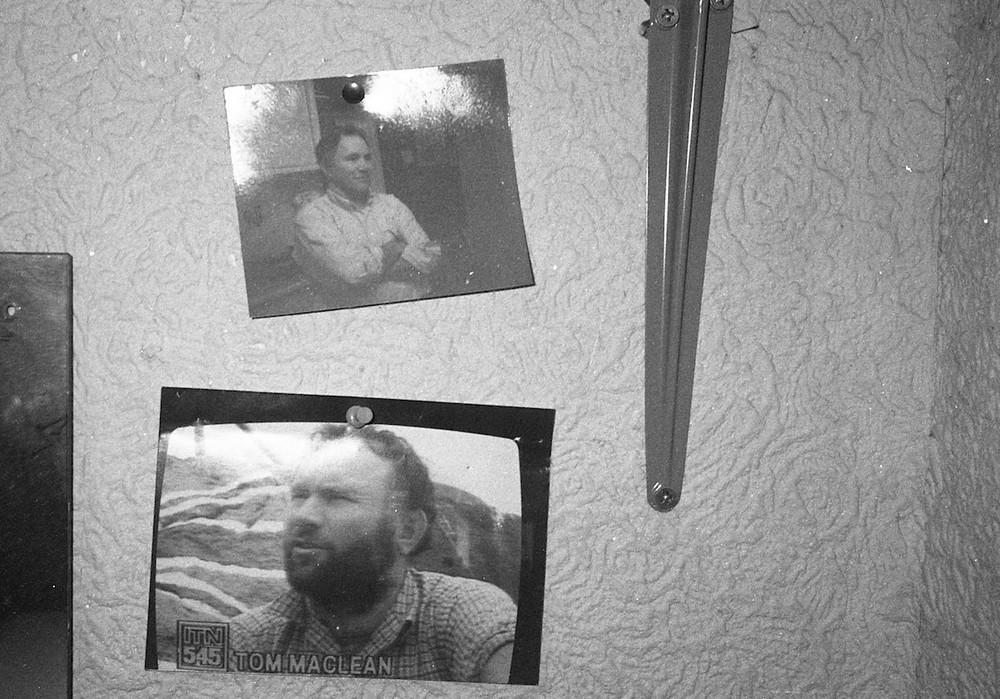 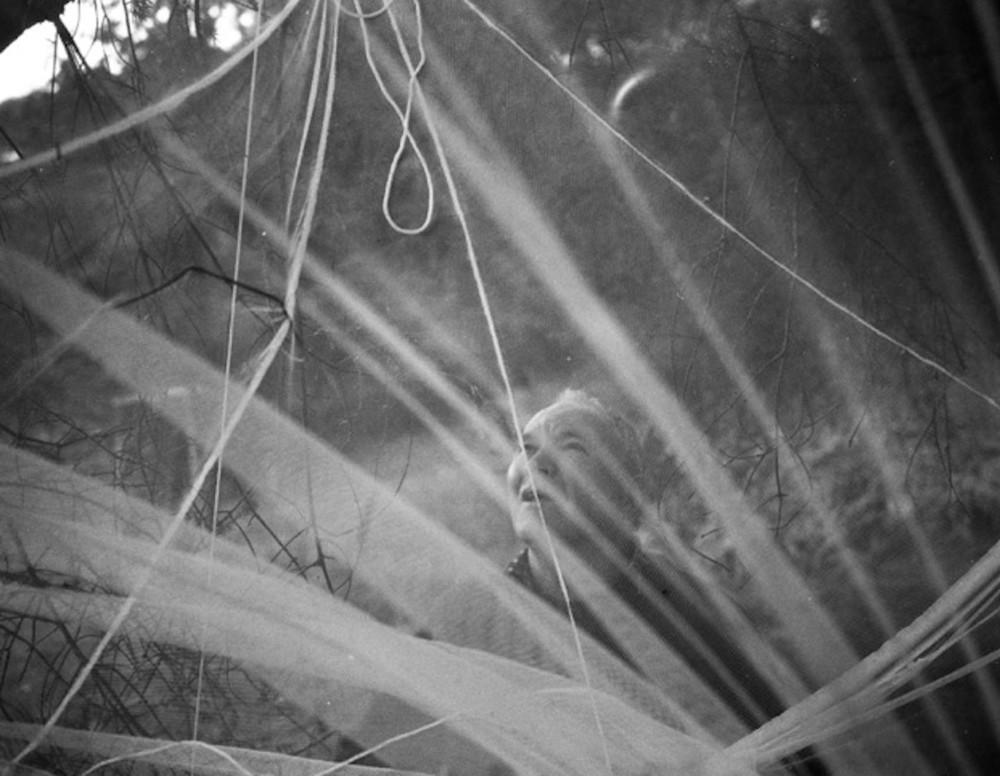 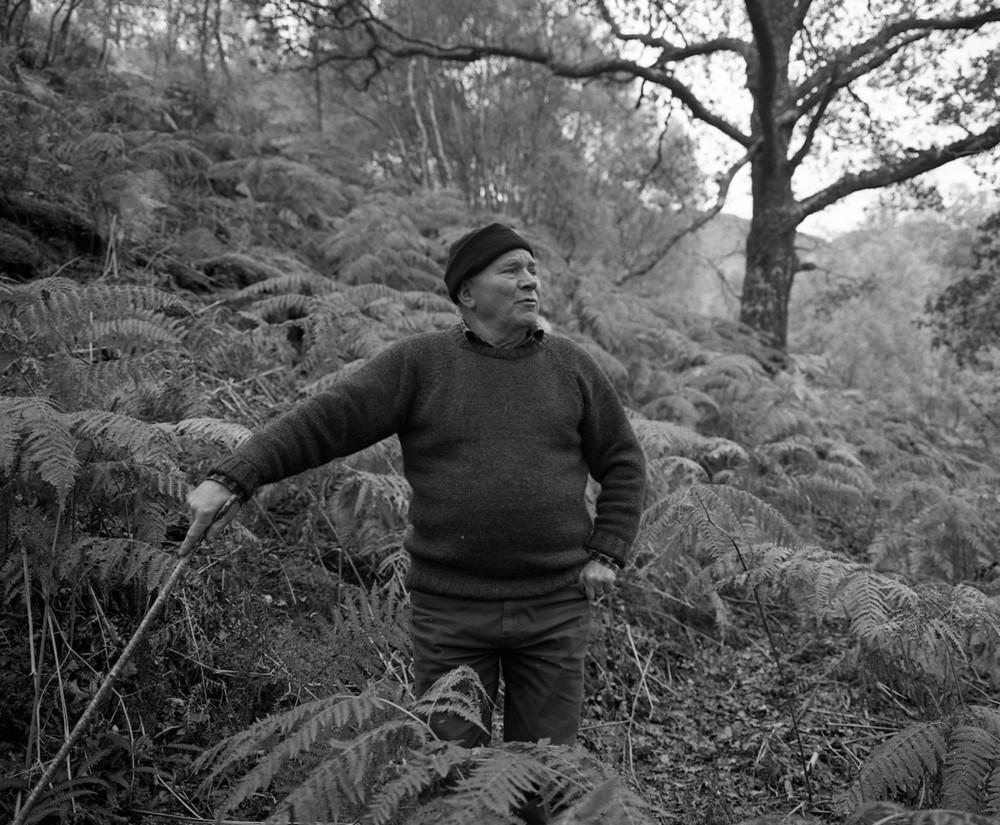 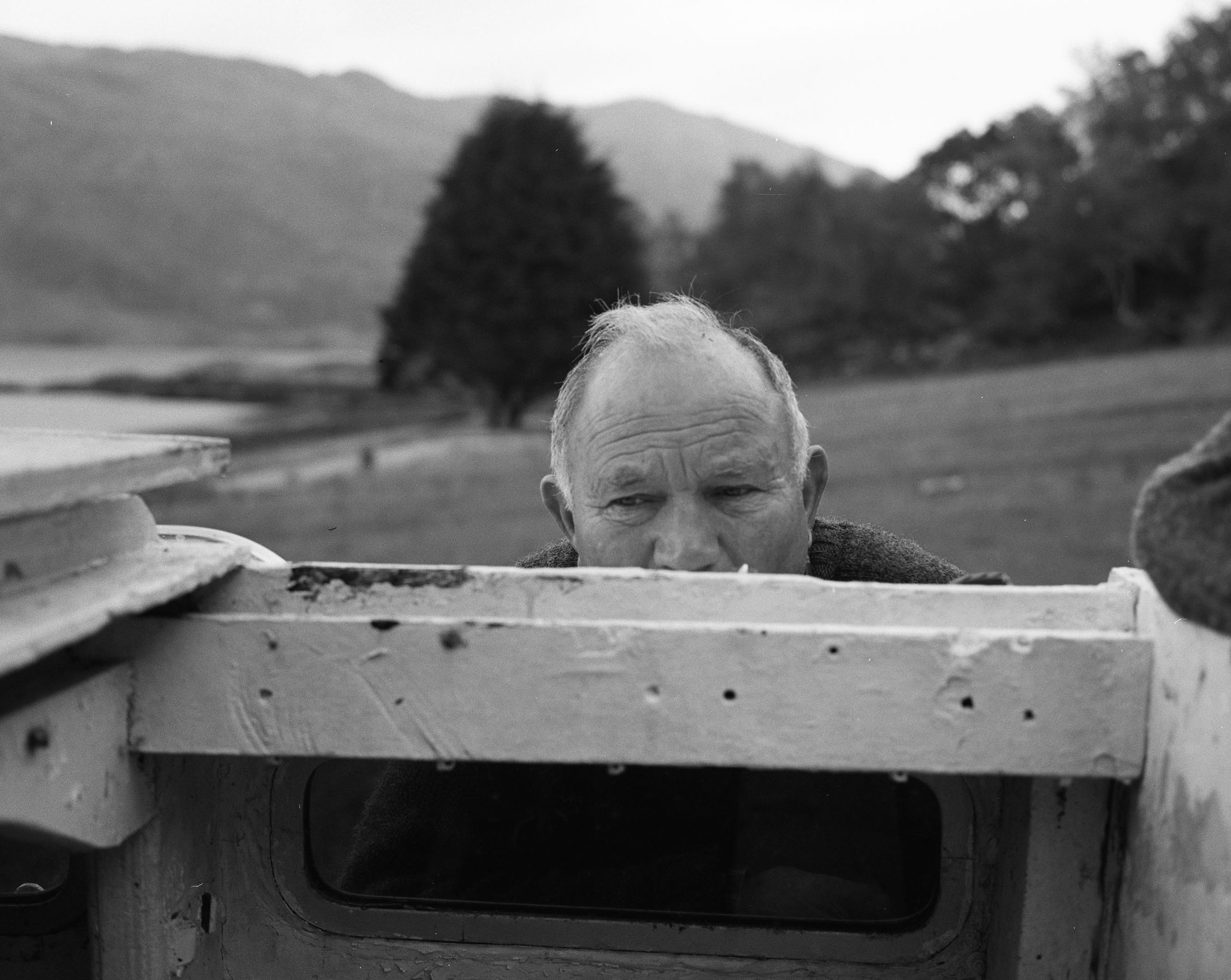 Discover more of Luke Montgomery's work on his website.