This place used to be a sailor and fisherman place. Here used to be the most important seaman school in Latvia. But today, all this was closed. 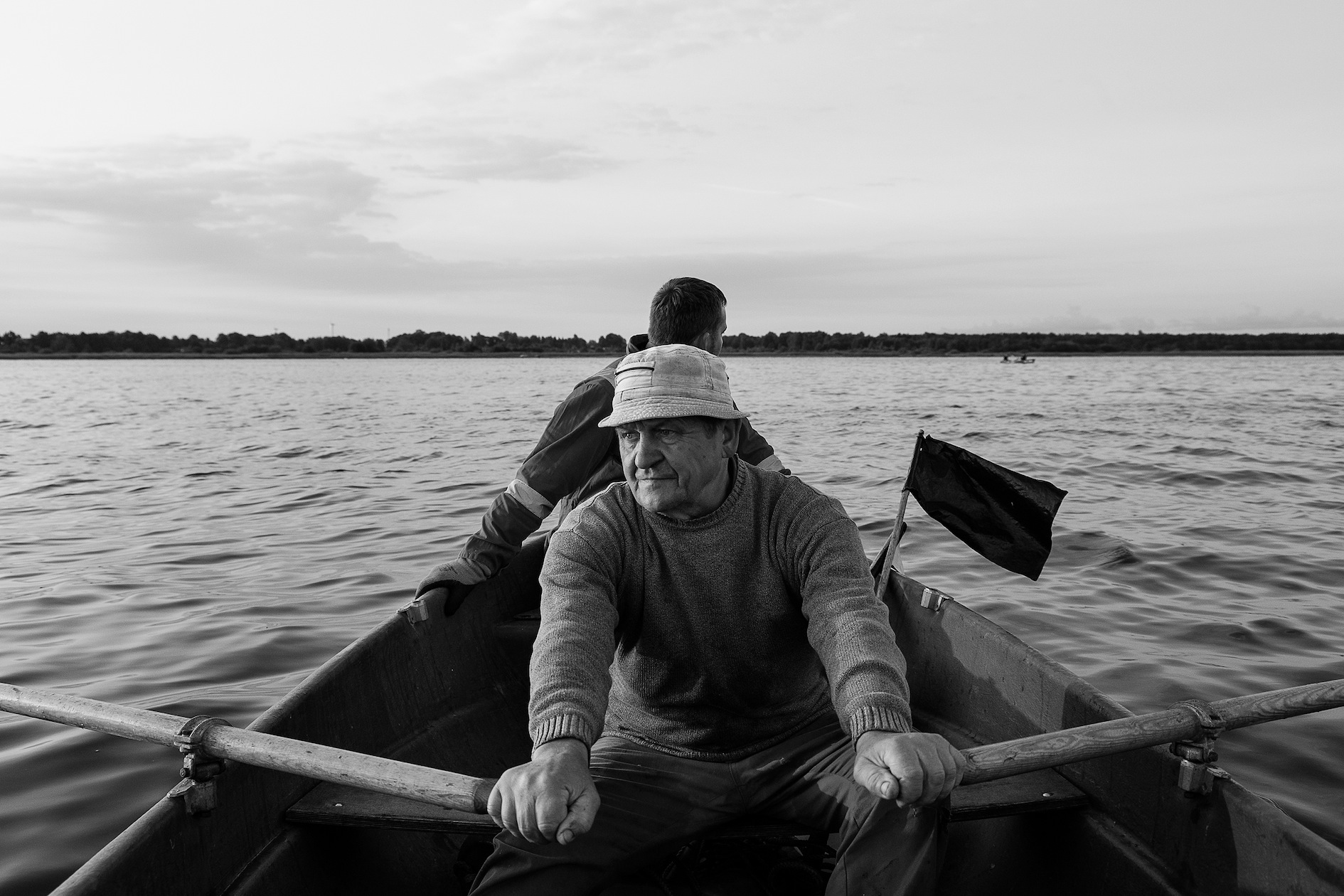 Pick up a world map. Look East and make a zoom on Latvia. Focus on Riga then go 116km north near the Estonian border. If the map announces "Ainaži", you're where we wanted you to stop today. Ainaži is a small fishing village situated along the Gulf of Riga. Photographer Axel Schilling spent few days in this part of the globe to document the life of Juris, a fisherman characterized by his forceful determination and courage. 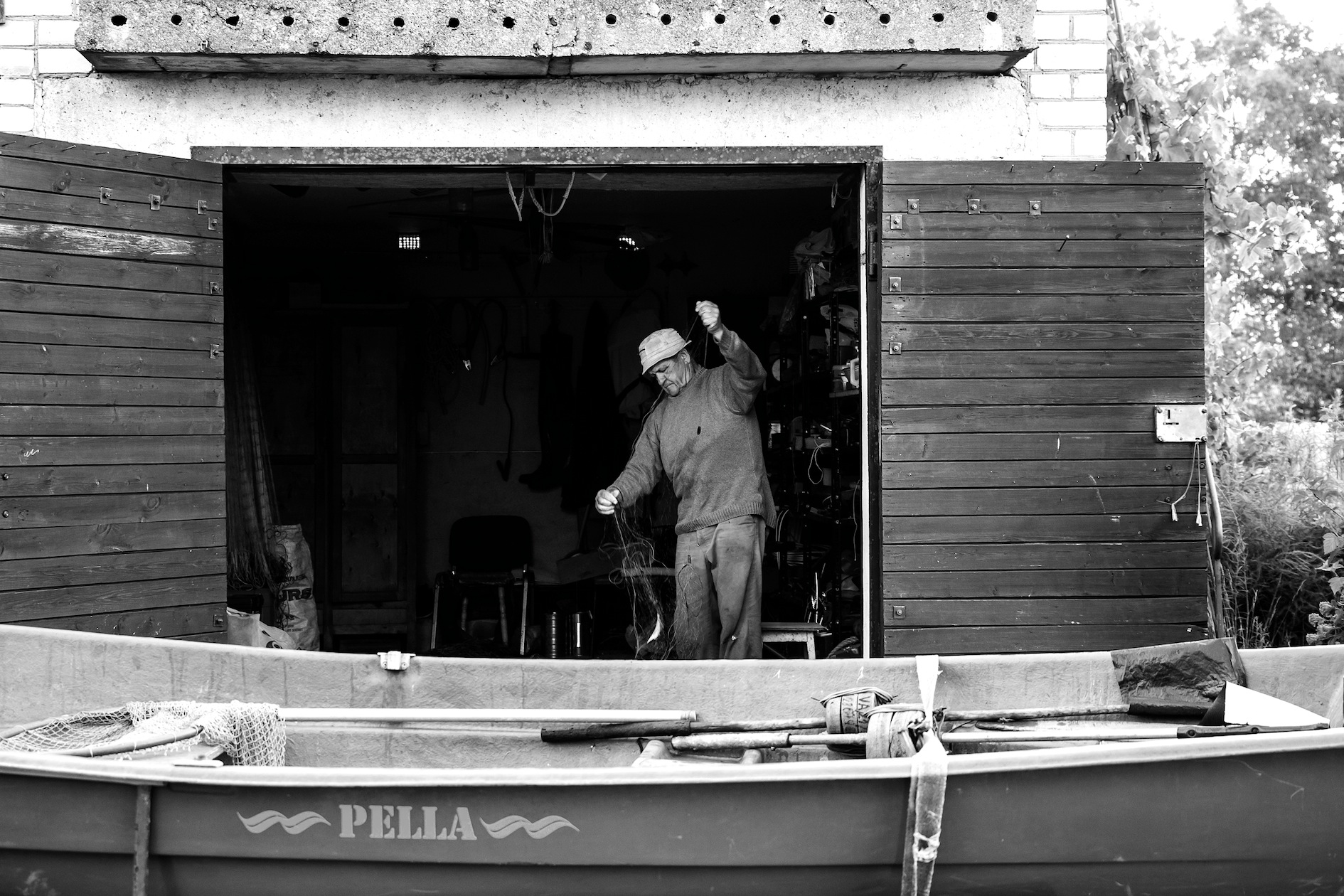 Ainaži used to be the motherland of shipbuilding and birthplace of seamen in Latvia. Since 1860s, the town itself, due to its strategic position on the sea, knew a great period of growth. In 1864, the first nautical school in Livonia decided to train young farmers to become sea captains, responsible for all persons on board. Thanks to the shipbuilding industry, a working port and railway station opened in 1902 making Ainaži the fourth largest port in all of Latvia. Juris remembers "This place used to be a sailor and fisherman place. Here used to be the most important seaman school in Latvia. But today all this is closed." The building of the nautical school became a museum dedicated to the history of the school and the tradition of shipbuilding along the Vidzeme coast, called the Ainažu jūrskolas muzejs. 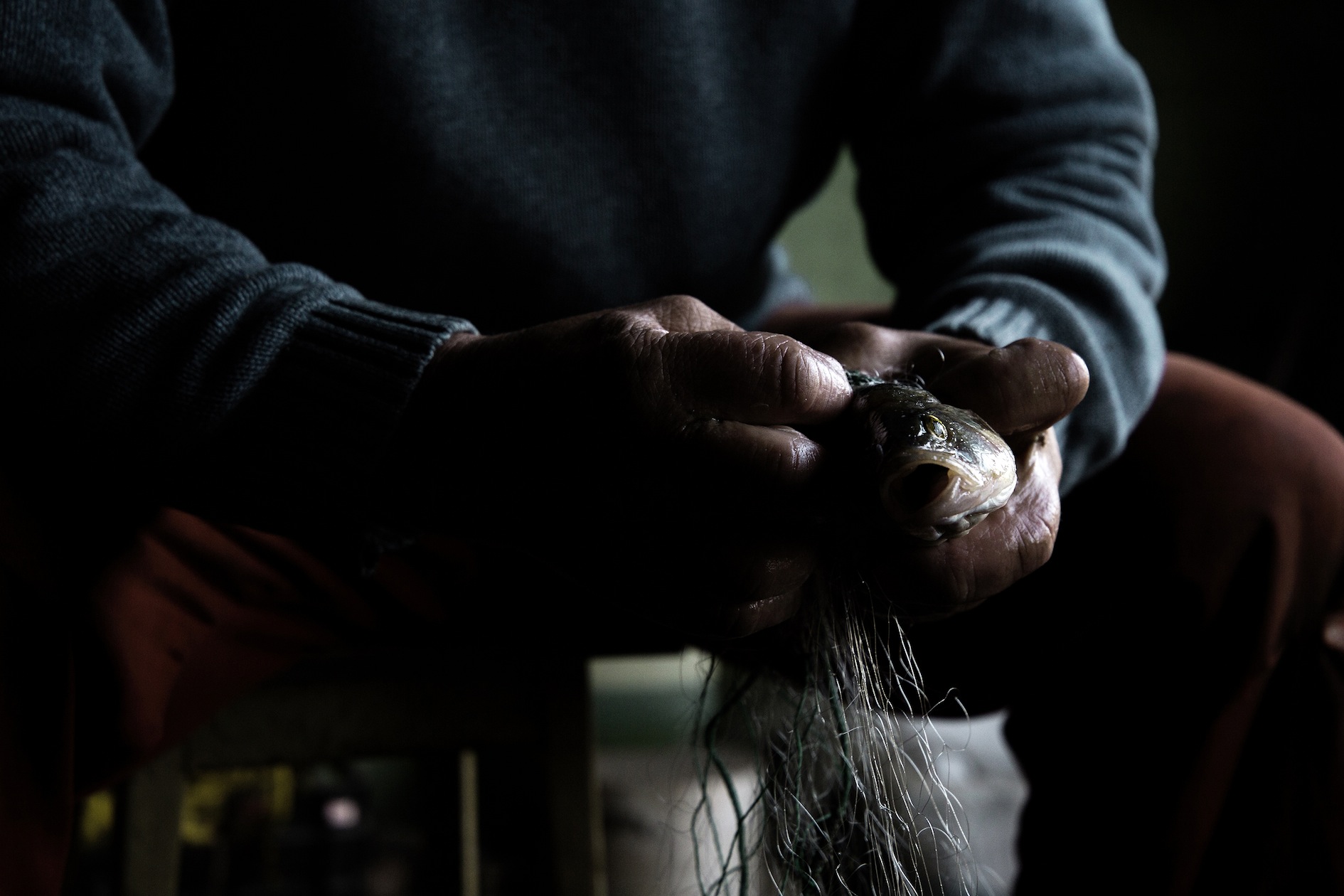 The old fisherman has been living on the beach of the Gulf of Riga for few years now, putting out about 600 meters of nets almost everyday. Axel Schilling, who discovered Juris habits in his hometown, explains. "Juris drives an old Audi A4 and carries his boat on a trailer. He takes secret paths to the beach. Over there, you have to drive fast if you don't want to get stuck in the sand." Almost every day, as a sweet routine, Juris goes out fishing with a friend. He throws out the fishing net during the afternoon and gets back to collect it at 4 in the morning. When he is in luck, Juris catches Zander, which is according to him "the best fish" and catches few Plaices which turned out to be too small this year. Axel Schilling adds to the description: "In his small garage, he cleans and guts the fish then cleans the nets. He also smokes the fresh fish and gives some to his neighbors." Described as a honest, self-sacrificing man and hard worker, Juris makes his best to help the ones he loves. "He cares about his family, his daughter, grandchildren, neighbors and dog." 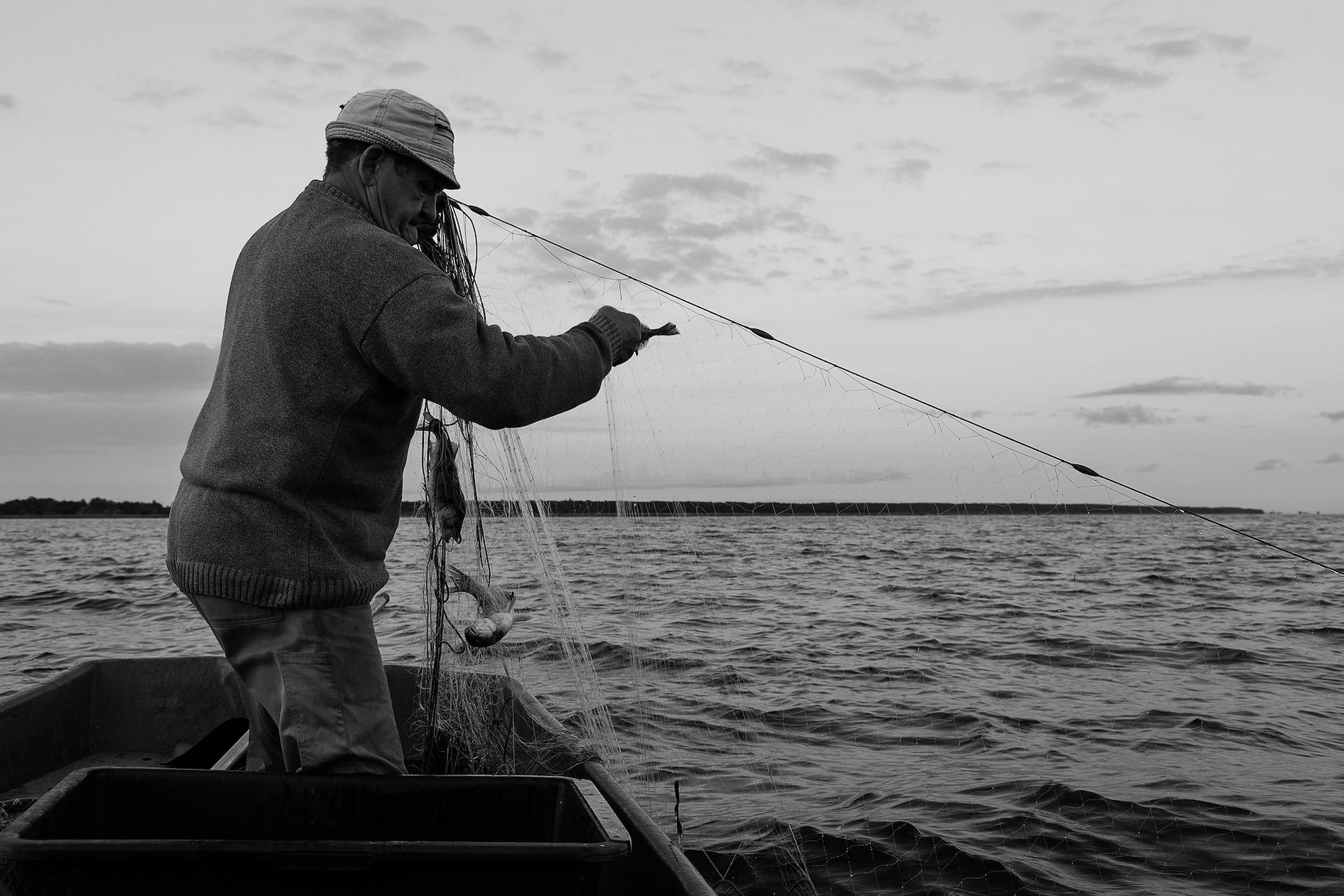 Since World War I, Ainaži has lost some of its glory. The port was ruined and the entire shipping fleet destroyed. Despite the rebuilding of the port in 1923, the small fishing village has been heavily damaged in the second world war with the bombing of the port and looting of the warehouses. Juris declares. "Nothing more of it is left. Except some little tourists passing by, there's no work here today." Nowadays, although the most important industries in Ainaži are woodworking, forest and trade, Juris keeps on fishing cause fishing means his life. "His engine recently broke down so now he is forced to row his boat. A new engine is too expensive and too difficult to build by himself." Photographer Axel Schilling says. "He eats the fish he collects, partially sells it but it barely covers the costs of materials. Despite all that, Juris still finds his balance in fishing, the passion he lives for." 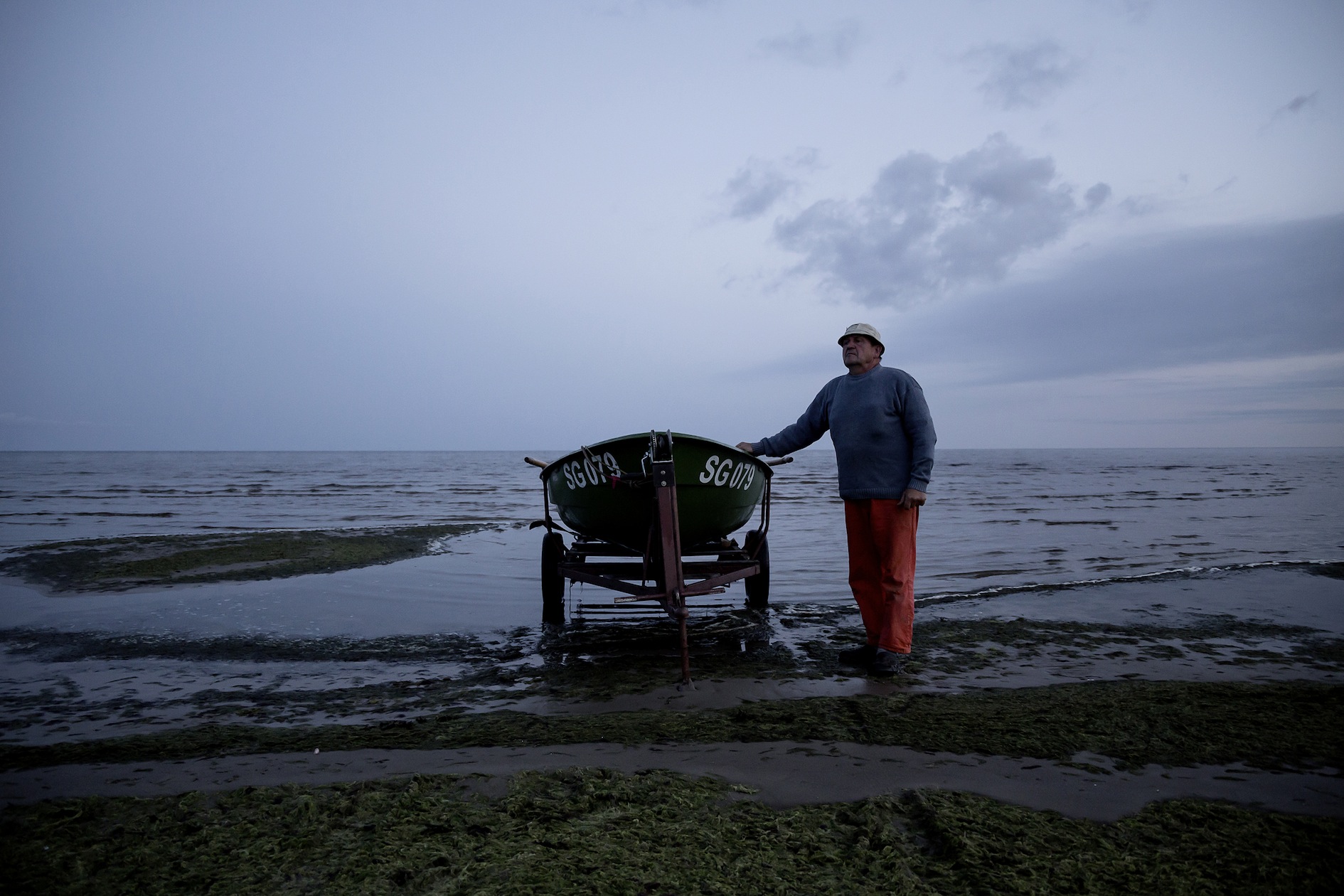