In recent years, Antarctica has shown signs of rapid atmospheric and ocean warming. 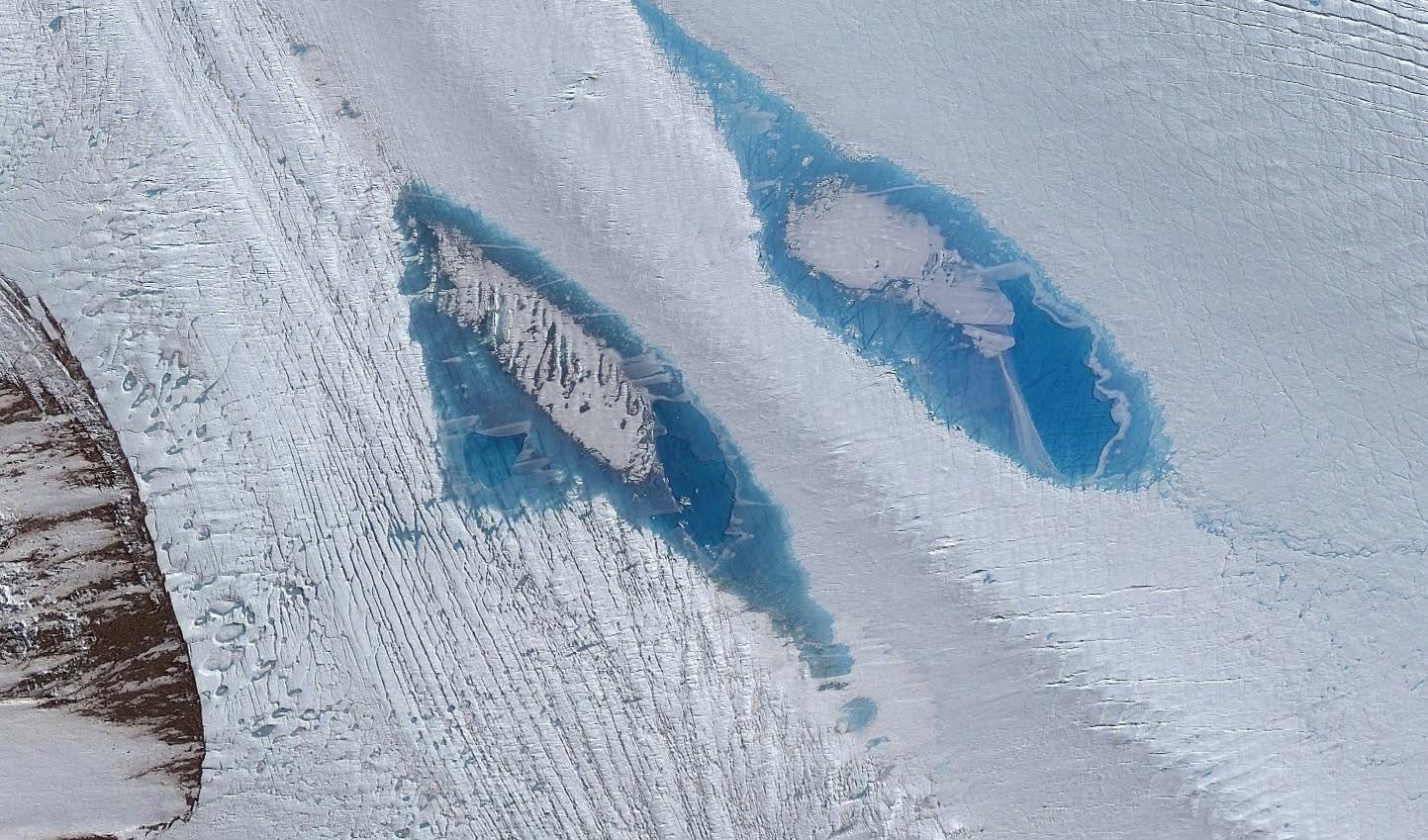 Scientists have discovered that thousands of blue lakes of melt water have formed on the surface of Antarctica’s glaciers.

Scientists from the British Antarctic Survey predict that a massive chunk of glacier ice belonging to the Larsen barrier, situated on the West coast of the Antarctic Peninsula, the northernmost part of the mainland of Antarctica, could collapse. In recent years, it has shown signs of rapid atmospheric and ocean warming. This large piece of ice measures around 50,000 km² (20,000 square miles), and is about to fall down. 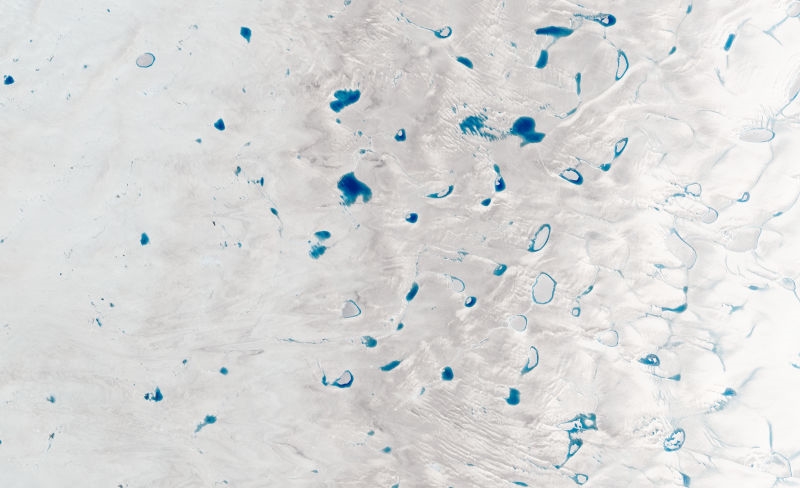 On the ice sheets of East Antarctica, thousands of strange blue lakes are appearing, a phenomenon that scares scientists specialized in climate change. "[East Antarctic is] the part of the continent where people have for quite a long time assumed that it’s relatively stable," said glaciologist Stewart Jamieson from Durham University to The Washington Post. These large portions of melted ice show that the places said to be « safe » are not sheltered from danger anymore. If the ice sheets keep on melting, we could witness rising sea levels, causing the sinking of islands in the Pacific ocean. Kiribati and Palaos are directly threatened and could be swallowed by rising sea levels. 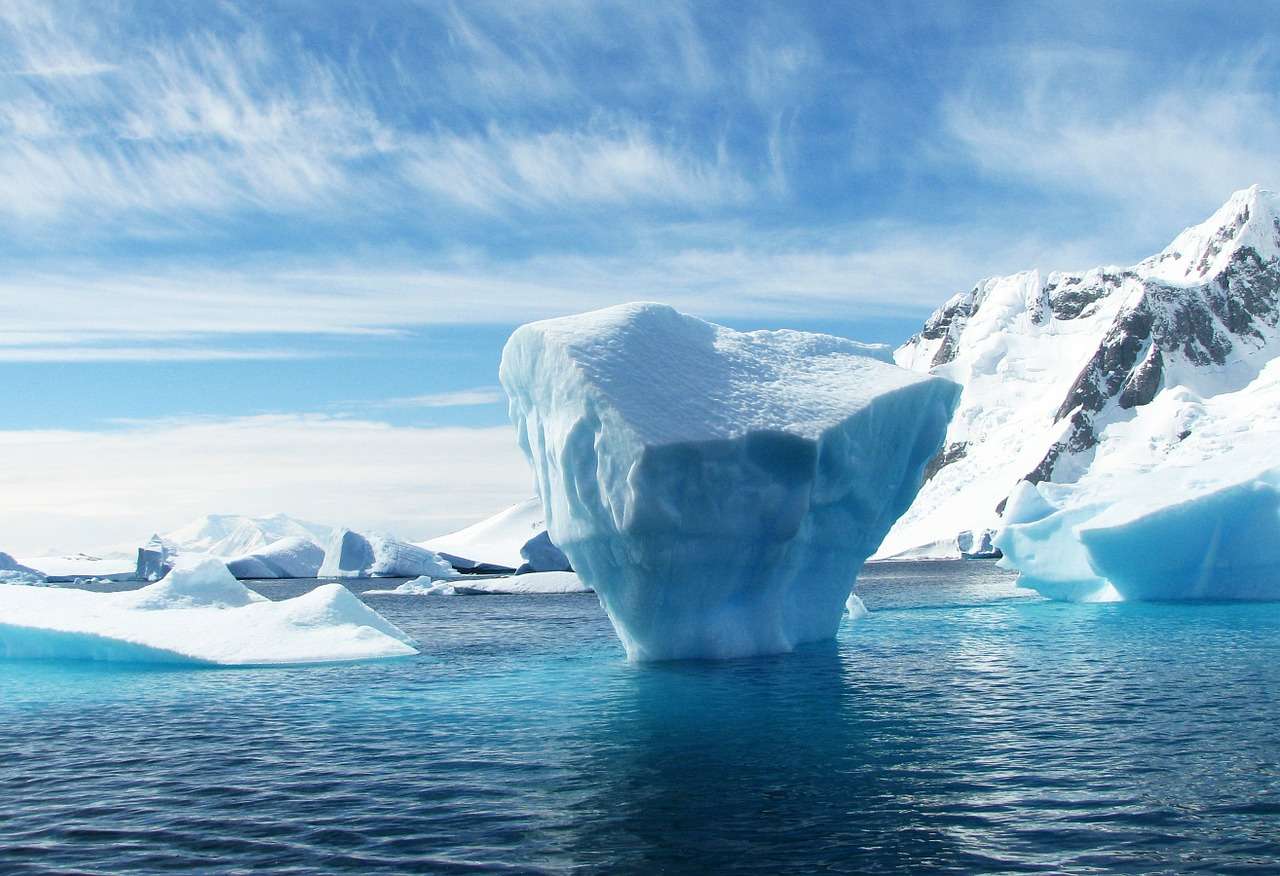 Between 2000 and 2013, nearly 8,000 of these supraglacial lakes have formed on the surface of the ice sheets in East Antarctica, and on the slender glaciers that stretch out into the ocean. Although these lakes disappear through refreezing, rain vertically through the floating ice, or overflow into rivers on the surface that drain into the ice below, they could have serious consequences for the stability of the entire ice shelf. They could weaken the structure of the ice sheets and ice shelves, making it more likely to fracture and break apart. « That injection of cold fresh water into salty water can then create tornado-like underwater flow patterns at the submerged glacier front that cause further ice loss."

Such lakes has led to melting of glaciers in Greenland between 2011 and 2014, where 1 trillion metric tons of ice have melted. East Antarctica’s ice had not been affected by global warning so far, scientists thought. The appearance of such lakes thus threatens the stability of the largest ice mass on Earth and is directly linked to the historic levels of rising temperatures. With July 2016 being confirmed as the world's hottest month, and if global climate warning continues in the future, we can expect the size and number of these supraglacial lakes to increase. 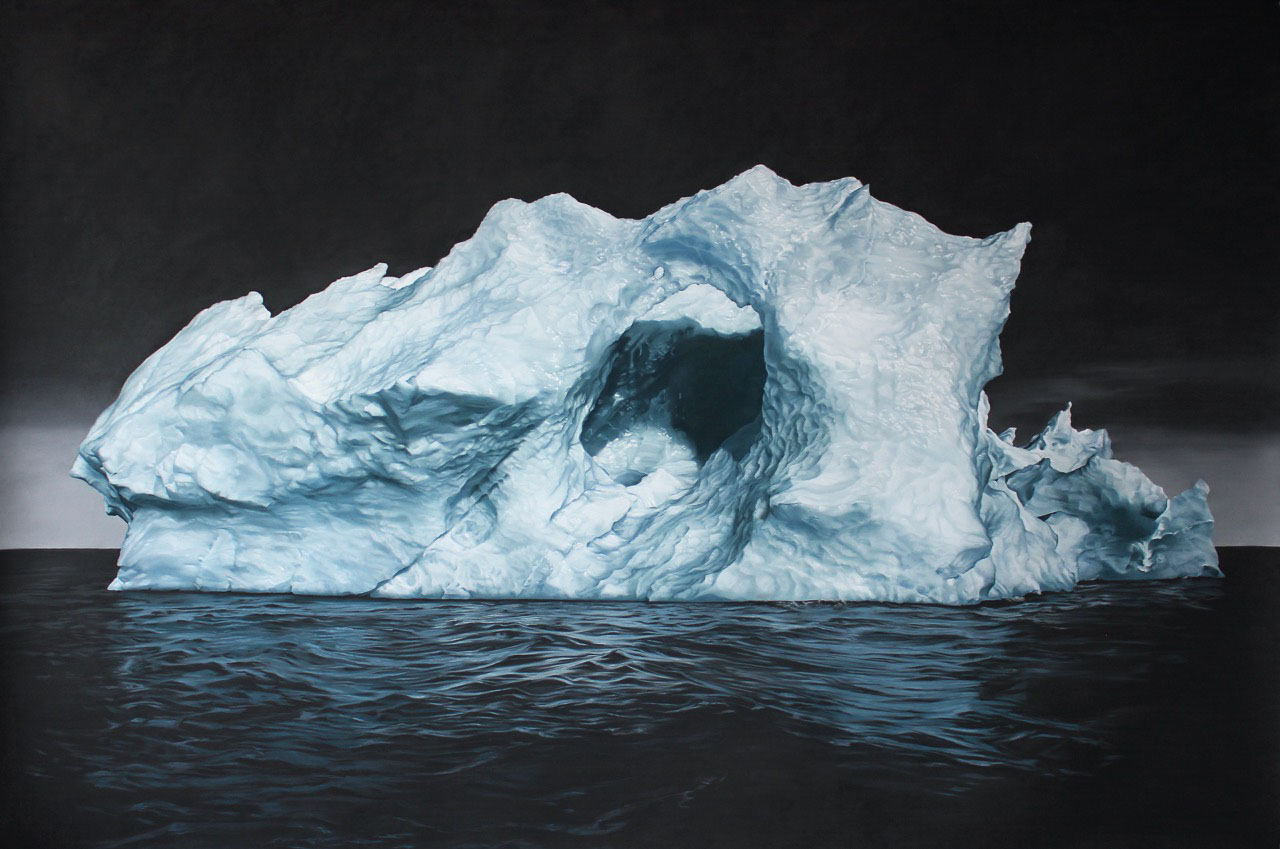 Over the years, many artists have been spreading messages and trying to bring awareness about environmentalism and climate change to a wider audience. NYC-based artist and TED speaker Zaria Forman has been putting this issue on the spotlight through her art. In 2012, she led an Arctic expedition up the northwest coast of Greenland, documenting the spectacular views, and using her pastel drawings as a tool for climate change activism. She's recently been part of our Panthalassa official launch and exhibition in Guéthary (France) to discuss the urgency of climate change in a hopeful and significant way. Through her large scale pastel drawings, Zaria documents Earth's shifting landscape and the effects of progressive climate change.

Read our interview with Zaria Forman