Everything is Regional by Tyler Haughey

The post-summer months, when the tourists have left and the area becomes quiet again, are always what you look forward to. There’s something both interesting and eerie about seeing places that were so recently bustling with life just sitting empty. 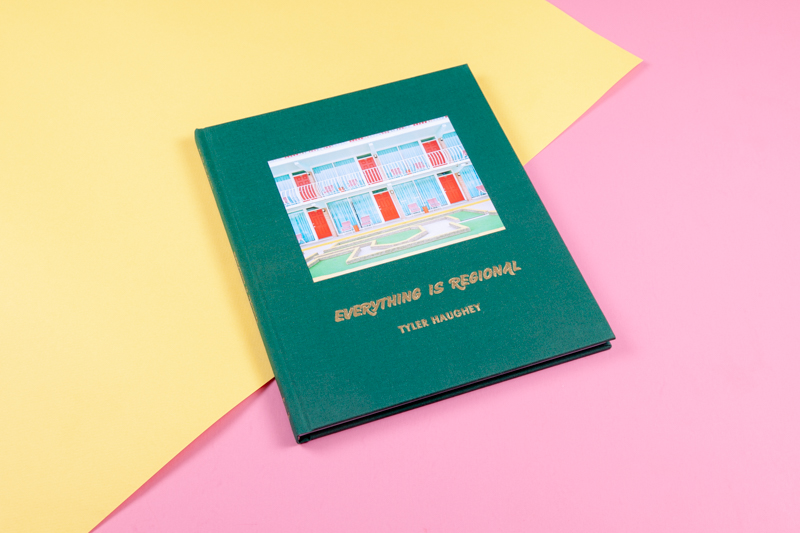 Photographer Tyler Haughey grew up less than a mile from the beach just outside of Asbury Park, in New Jersey. On weekends, he used to spend time at his grandparents’ beach house in Barnegat Light where started a true fascination for coastal towns and regions.

Earlier this year, New York-based photographer released his new photobook entitled Everything is Regional, a print project described as a monograph that examines the built environment of northeastern coastal towns and explores how we use, interact with, and remember places designed and known for summer recreation.

This new body of works led Tyler to explore memory, leisure and architecture as common threads in this popular summer destination where « US Presidents have summered here, while at the same time the middle class was vacationing a short distance away. » We had a chat with Tyler to learn more about his deep connection to the Jersey Shore and evoke the dichotomy that this wildly popular and often controversial northeast region embodies. 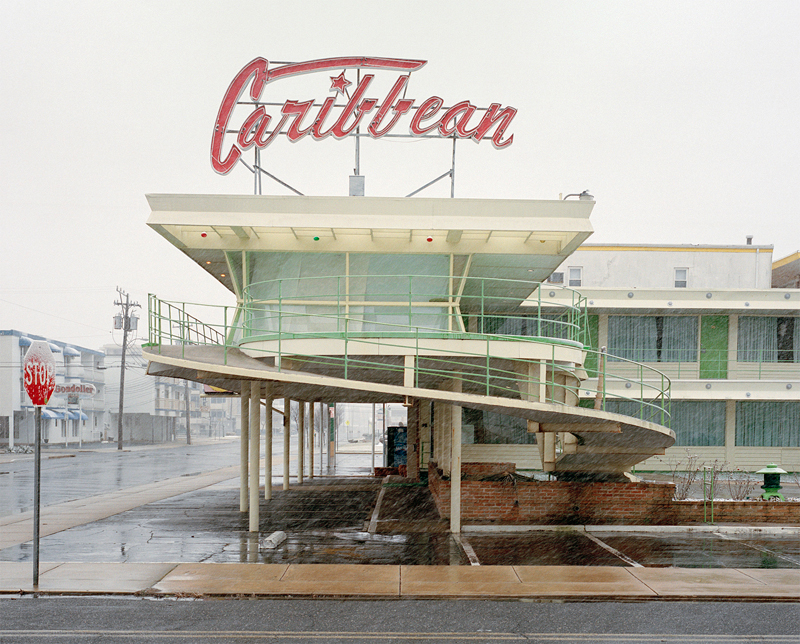 Hi Tyler, can you tell us a bit about your background?

I grew up at the Jersey Shore, less than a mile from the beach just outside of Asbury Park. I’ve always been innately drawn to the vernacular architecture and characteristics of the state, especially along the coast. My dad was a union sign painter and artist in his own right, and I would go on drives and walks on the beach with him as a kid. He’d always be actively looking, pointing out the unique, strange things we would pass or come across, and he would ask me what I liked about this or about that, colors and logos, that kind of thing. That had a big impact on what I would become visually drawn to as I got older and really started thinking about my own interests and perspective.

You’ve been studying in Philadelphia, PA. Tell us more about your studies.

I went to Drexel University in Philadelphia, where I studied Photography and Art History. I was intuitively interested in similar subject matters and ideas as a few of the teachers there, so they were able to read that very early on and make recommendations for whose work I should be looking at and studying, which was super instrumental in my growth as a photographer. Drexel isn’t necessarily known for the arts, but their photography program is seriously top notch and on par with any other art school in the northeast.

How did you get introduced to photography?

I started taking pictures in middle school. My dad had gotten one of those really early point and shoot digital cameras in the late 90s, the ones where you had to carry a battery pack around in your pocket in order to use it, and I used to shoot photos of my friends skateboarding and fooling around. I kept an interest in it throughout high school, while also working with video. I was lucky enough to be able to pursue and study photography on a more serious level in college. 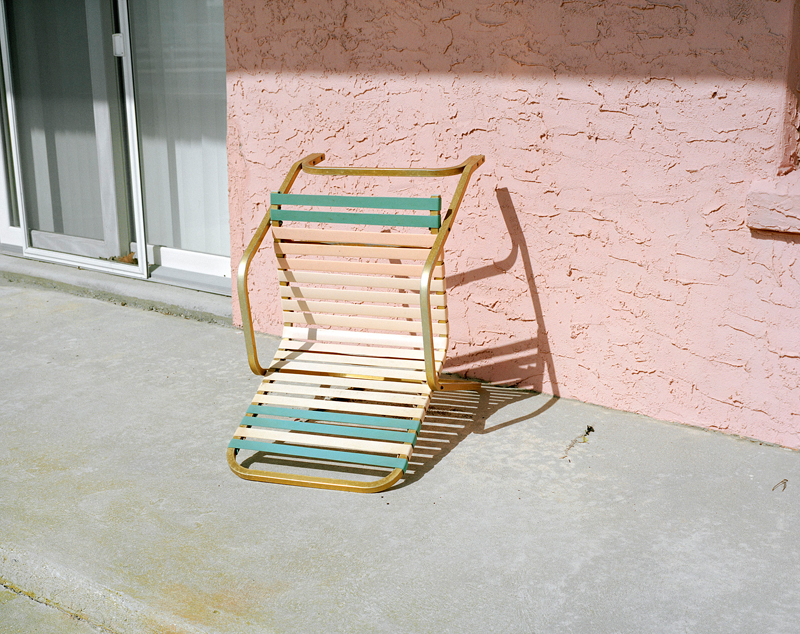 Earlier this year, you released your photobook entitled Everything is Regional. Was it a way to celebrate and pay tribute to your native Jersey Shore?

That was definitely a major reason why I started making much of the work that ended up in the book: documenting the part of the world that I’m most connected with and showing this often misrepresented place with regard and from a local’s point of view is something I’ve always been interested in. Expanding on that idea and bringing it to a larger area (the northeast) for the book, while still keeping New Jersey as its nucleus, was both challenging and important to me.

Where does the title Everything is Regional come from?

Everything Is Regional is the opening line to a poem by Robert Pinsky, a former US Poet Laureate, about his hometown, which is a few miles down the road from mine. The first two stanzas of the poem, “Long Branch, New Jersey”, are:

And this is where I was born, dear,

And first moved to tears,

And last irritated to the same point.

It is bounded on three sides by similar places

And on one side by vast, uncouth houses

A glum boardwalk and,

As we say, The Beach.

For the non-american, it’s important to remind that the Jersey Shore used to be a popular summer destination in the 1950s. How would you describe the northeastern coastal area?

It’s actually been a popular summer destination since the late 19th century, when train travel became accessible. With New Jersey specifically, the diversity that arises along its relatively small 130-mile coastline is amazing - from military bases and massive summer homes to untouched wildlife preservations and blue-collar beach towns. US Presidents have summered here, while at the same time the middle class was vacationing a short distance away. This dichotomy still exists today, and that juxtaposition is part of what keeps me exploring and photographing these areas. There’s a place for everybody, no matter which socioeconomic level you’re a part of. 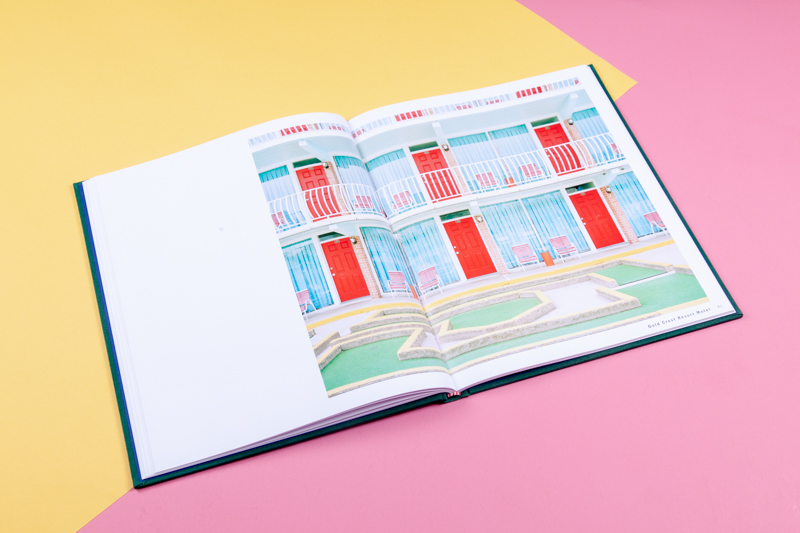 For this new book, you’ve been combining photographs taken since 2010. What do all these photos have in common?

Though taken in different locales throughout the northeast, all of the photographs in the book examine similar themes - memory, leisure, vernacular characteristics and architecture, land-use, history, disillusionment. These are things that I’ve been exploring since I began to take photography seriously, and it was a lot of fun to go back through my work from the last eight years and see how presumably disparate images from different time periods and projects worked together.

As shown in your previous project « Ebb Tide », you seem hugely influenced by the off-season vacancy of a tourist destination. Tell us more about this specific unpopulated emptiness of the winter months that fascinates you…

This stems from growing up near the beach. The post-summer months, when the tourists have left and the area becomes quiet again, are always what you look forward to. There’s something both interesting and eerie about seeing places that were so recently bustling with life just sitting empty. They’re vacant, but still suggest a palpable recent human presence. Choosing to photograph during this time of year stems from a desire to show these places in a way that most people don’t get to see. It also allows me to strip away any distractions that might arise during the summertime.

How would you define your relationship to the ocean and water in general?

The ocean has always been in my life, and some of both my earliest and best memories involve it. If I go any substantial amount of time without seeing it, I find myself unconsciously thinking about it and being drawn to it - this has been especially true while living in New York City for the last five years and while I was at school in Philadelphia. My fiancé is from Rockaway Beach, NY, so we both have a strong connection to the water and are lucky enough to be able to go back to either of our respective hometowns when we need a fix!

What’s next for you Tyler?

I’m beginning to bounce around ideas for my next project - I’m in the research phase at the moment. I’m looking forward to seeing where that leads me and eventually getting back out there to start shooting again soon. 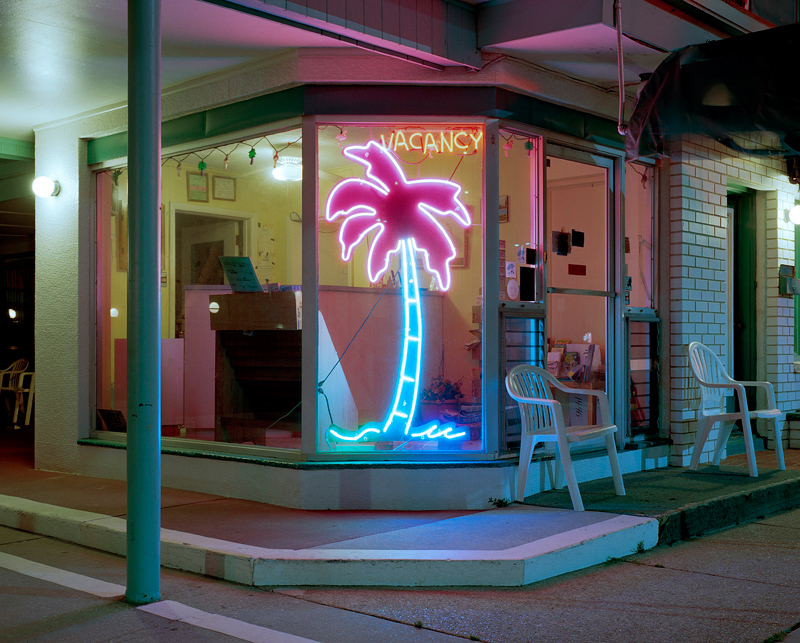 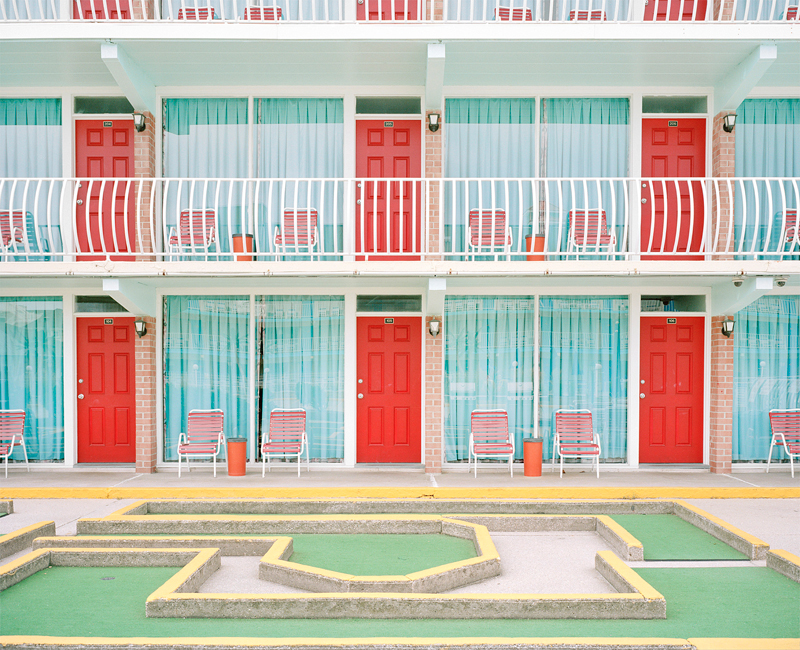 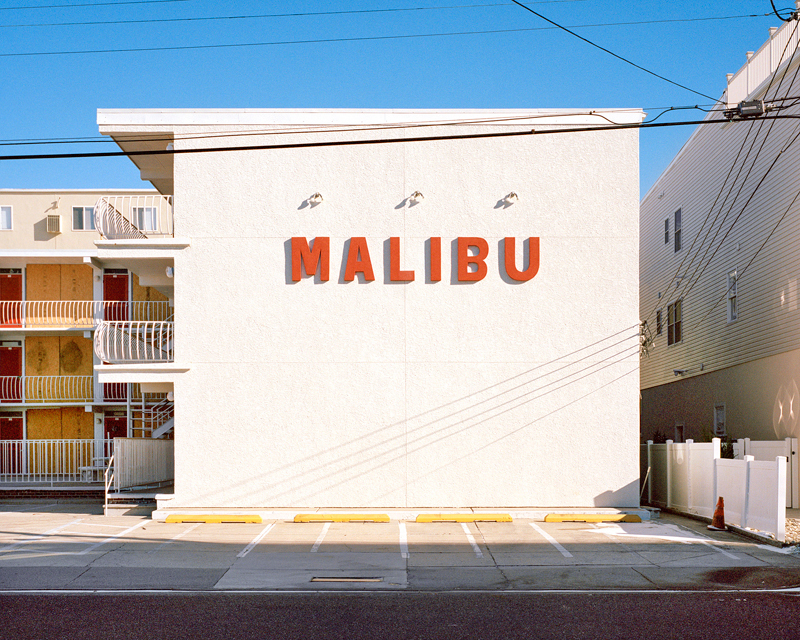 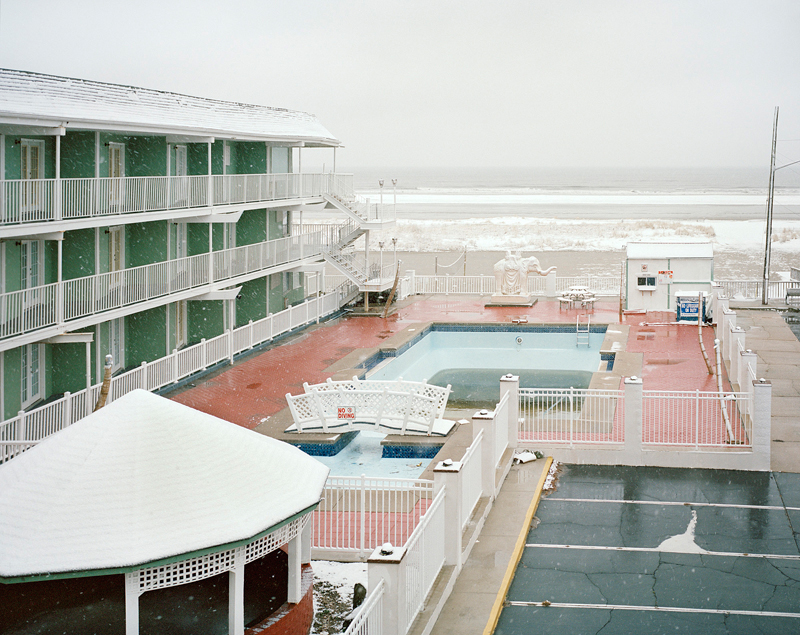 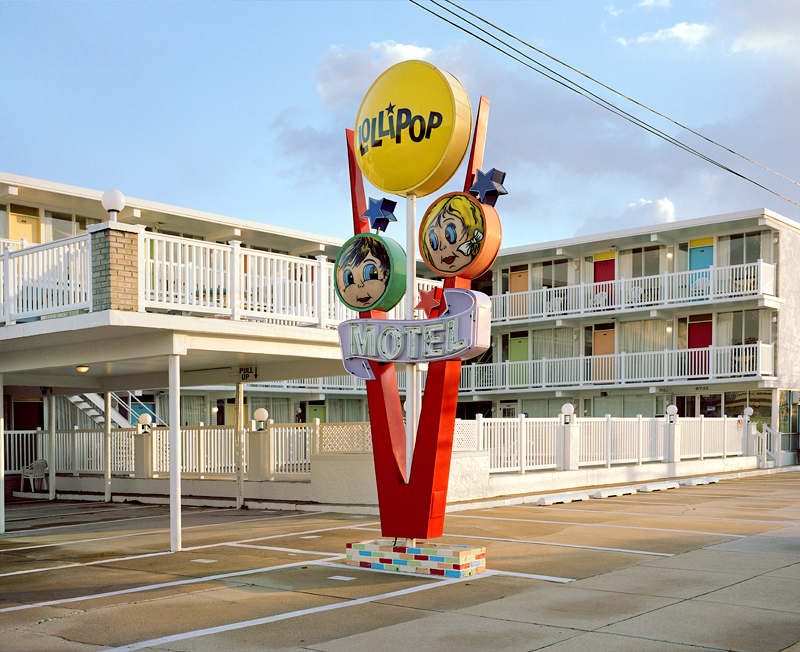 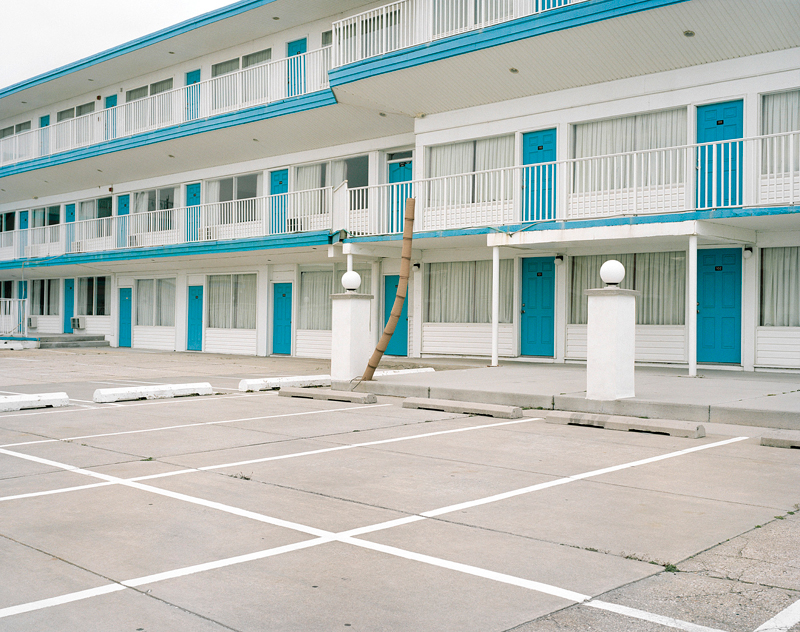 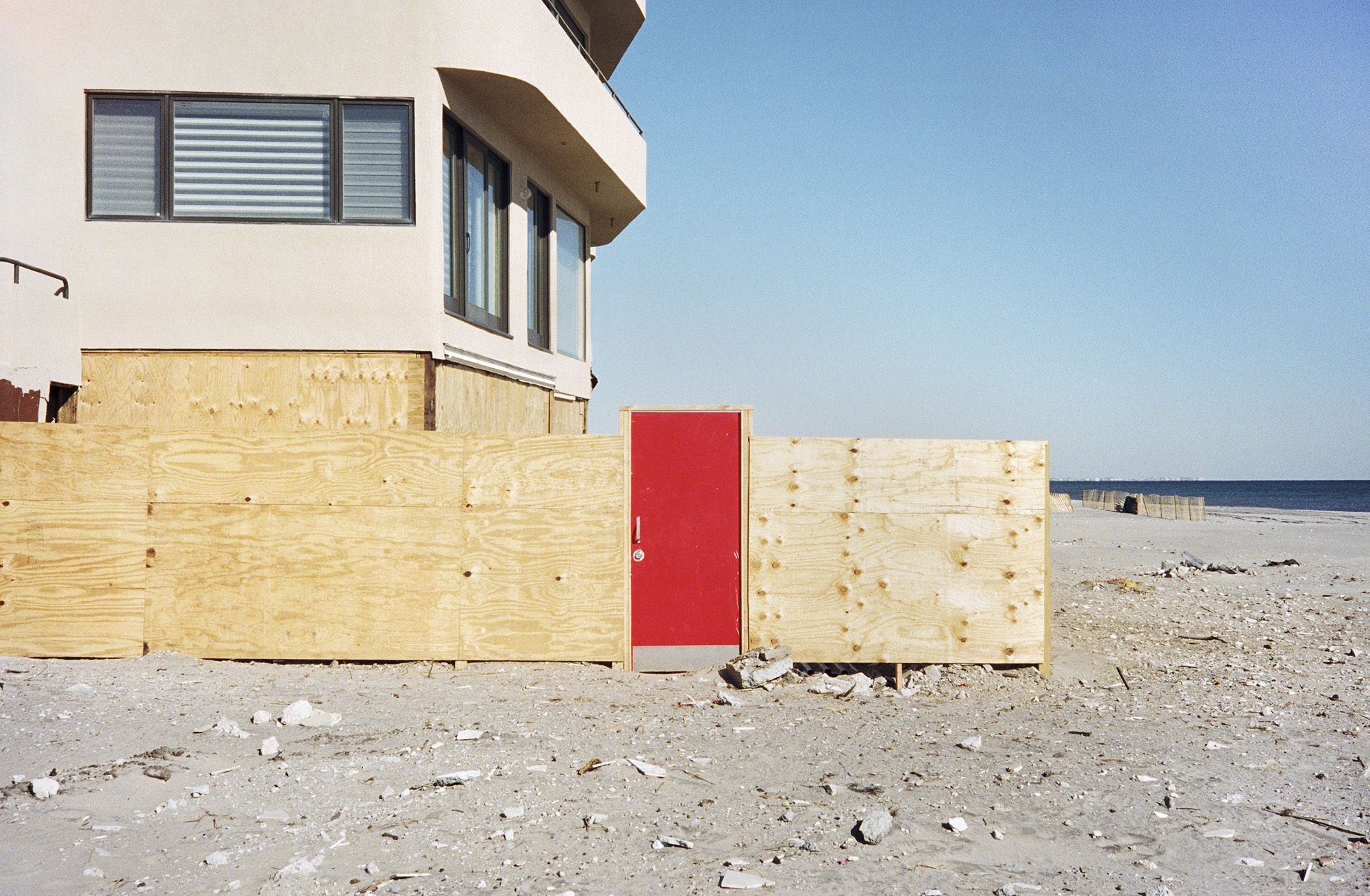 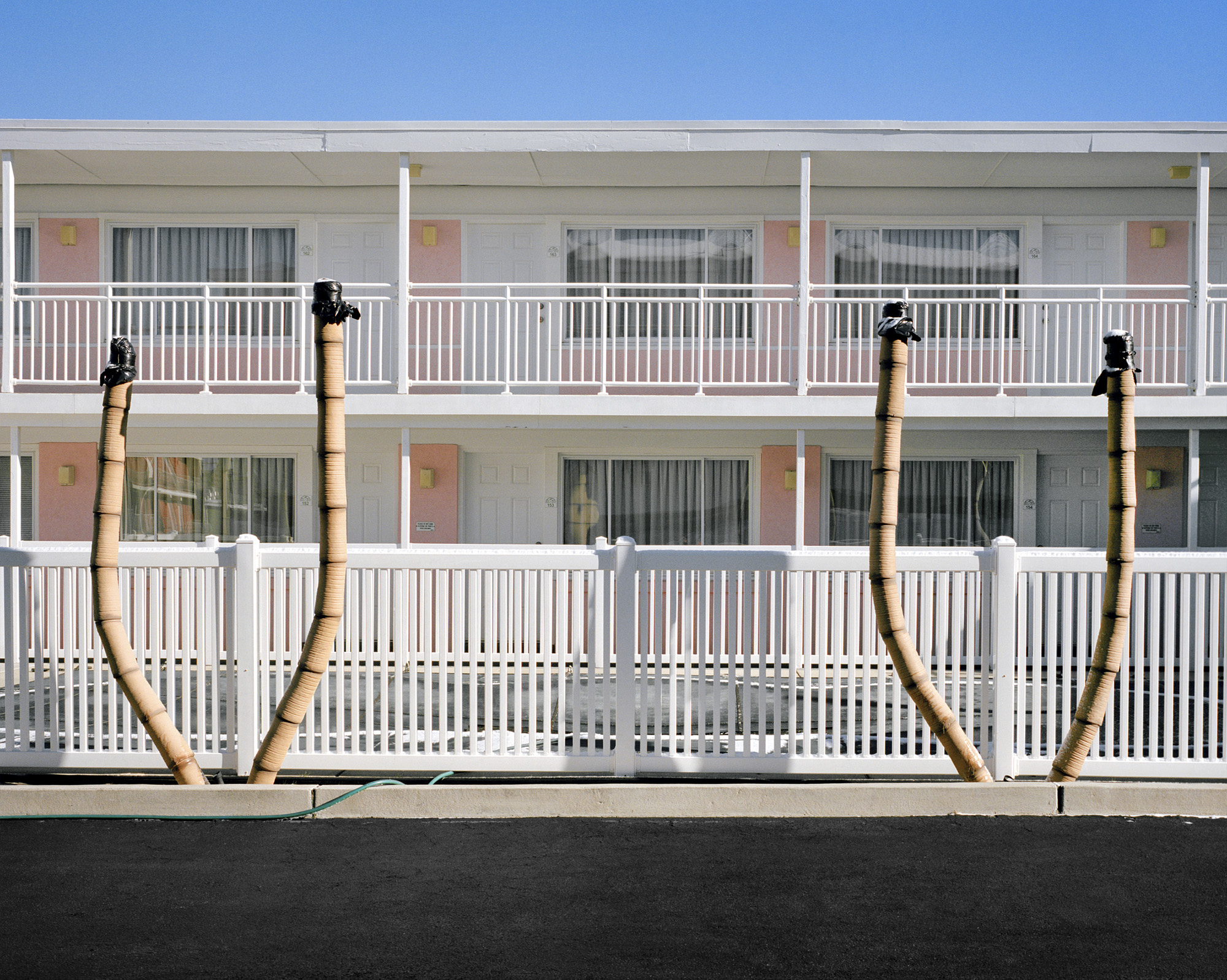 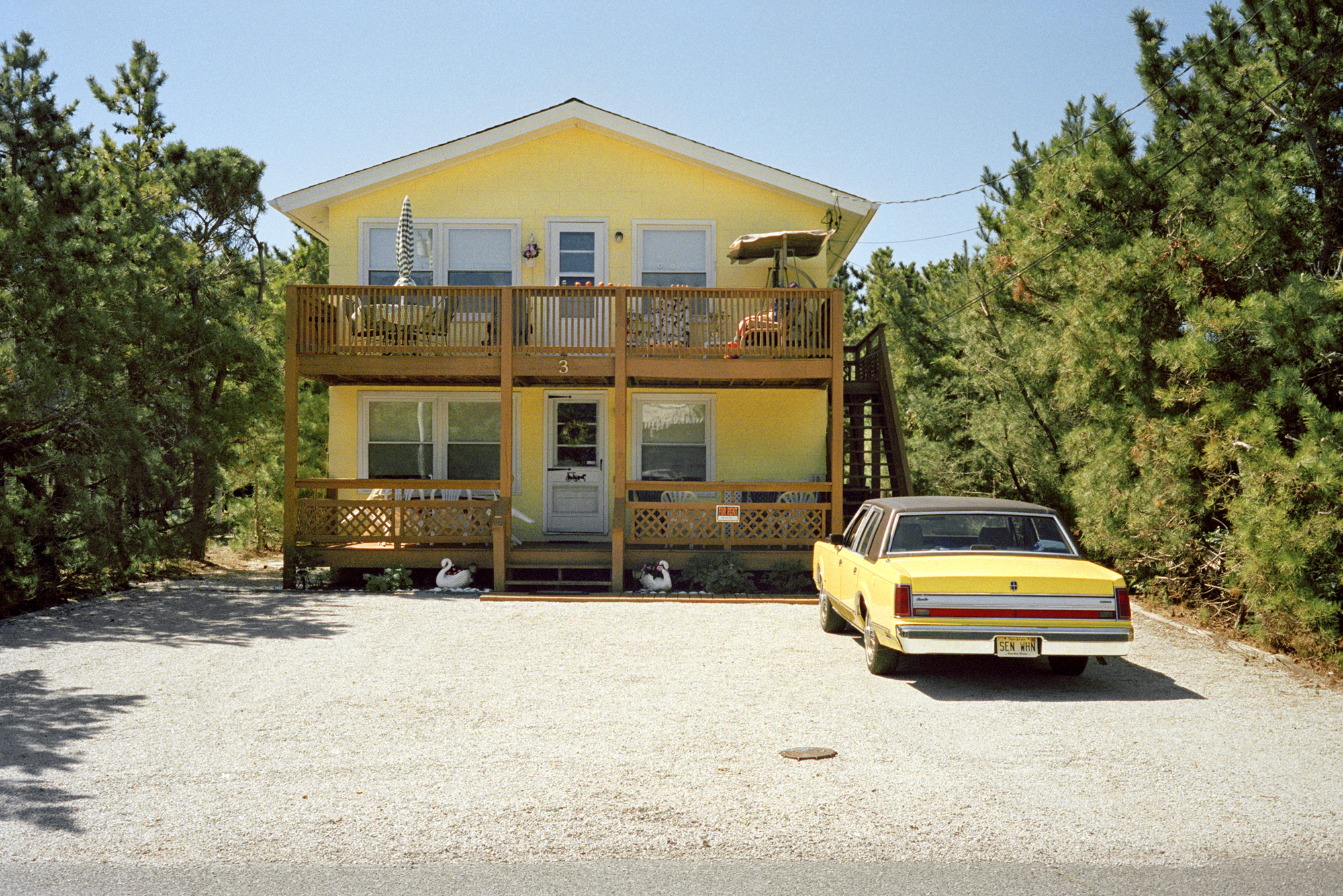 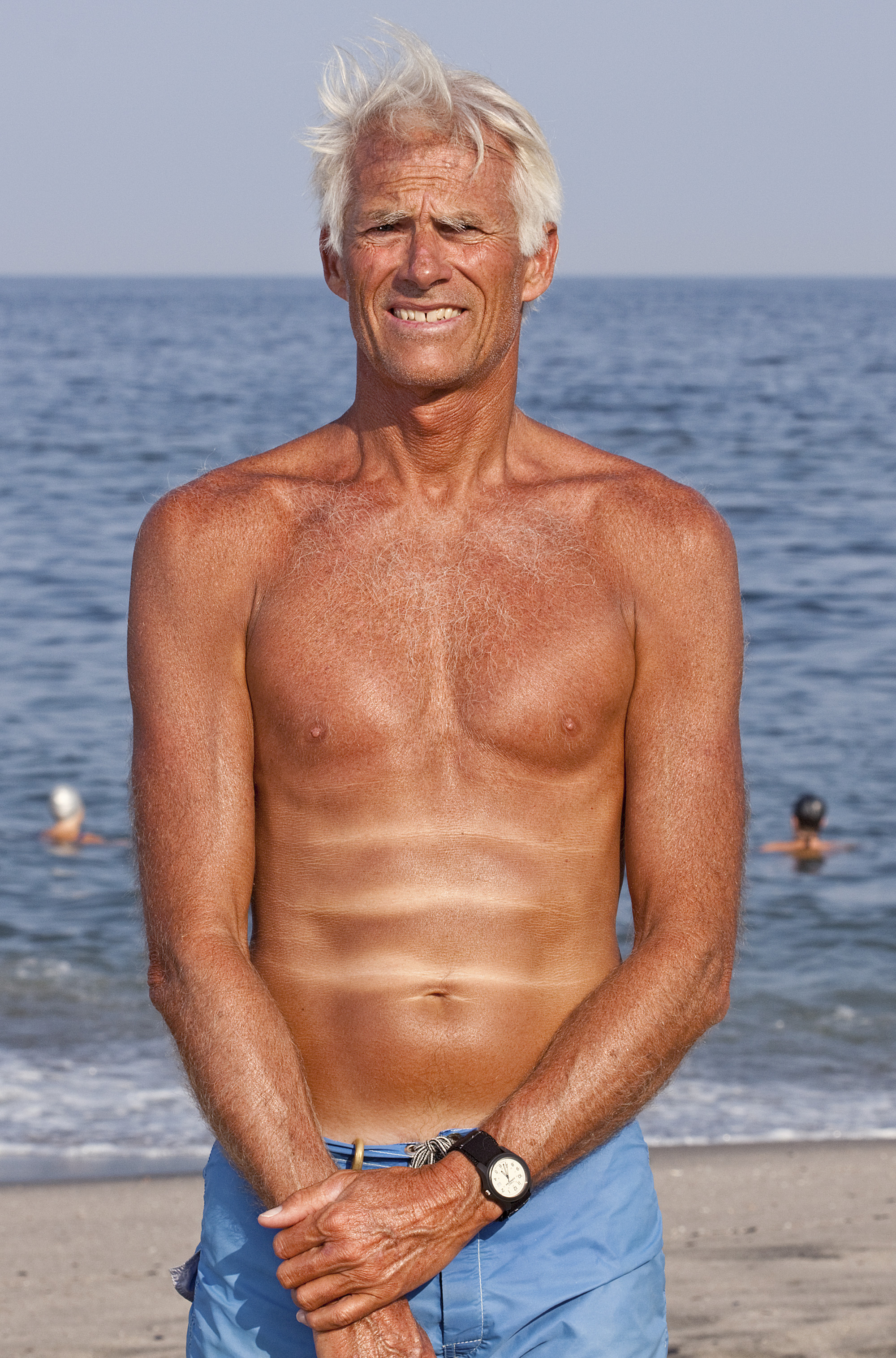 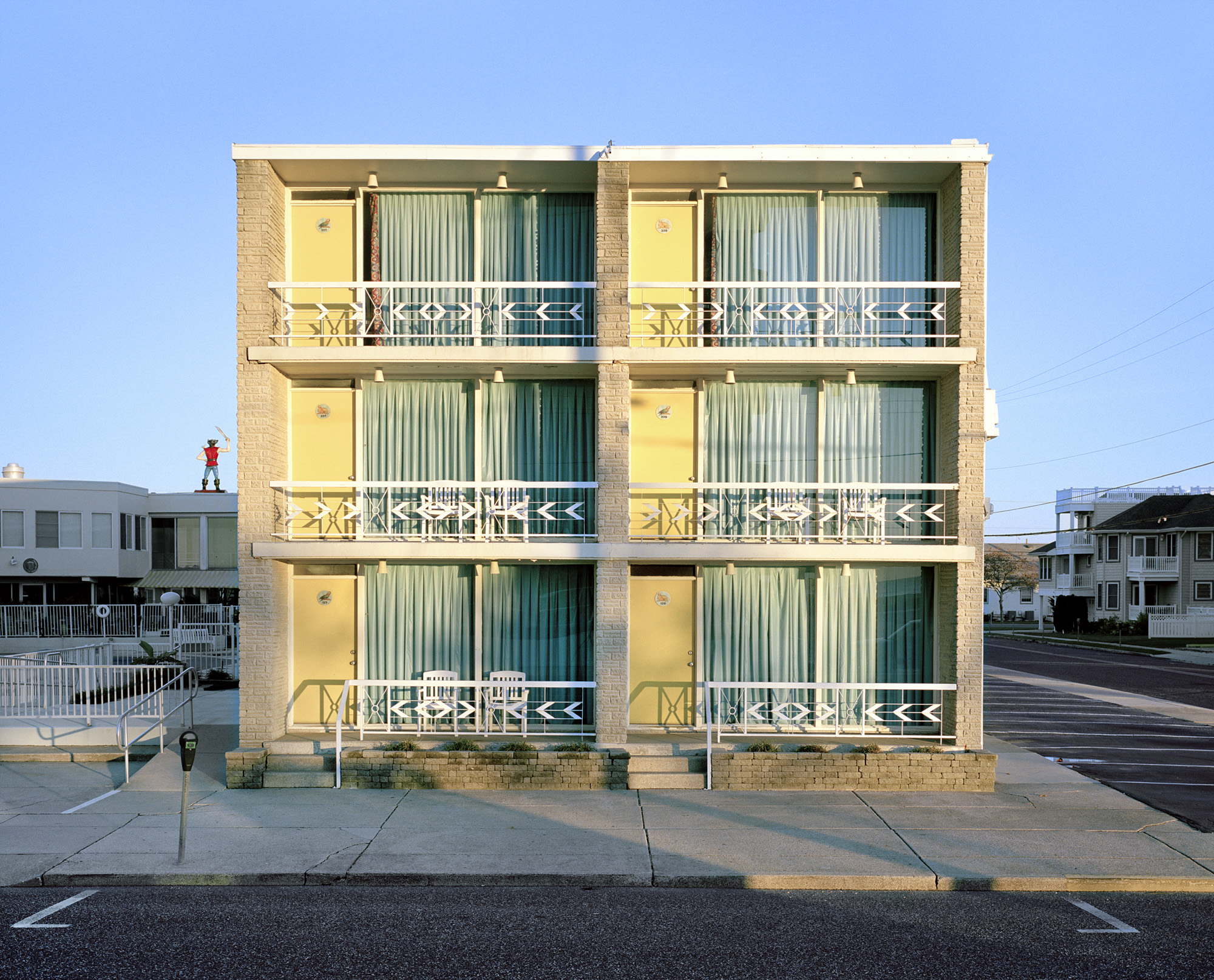 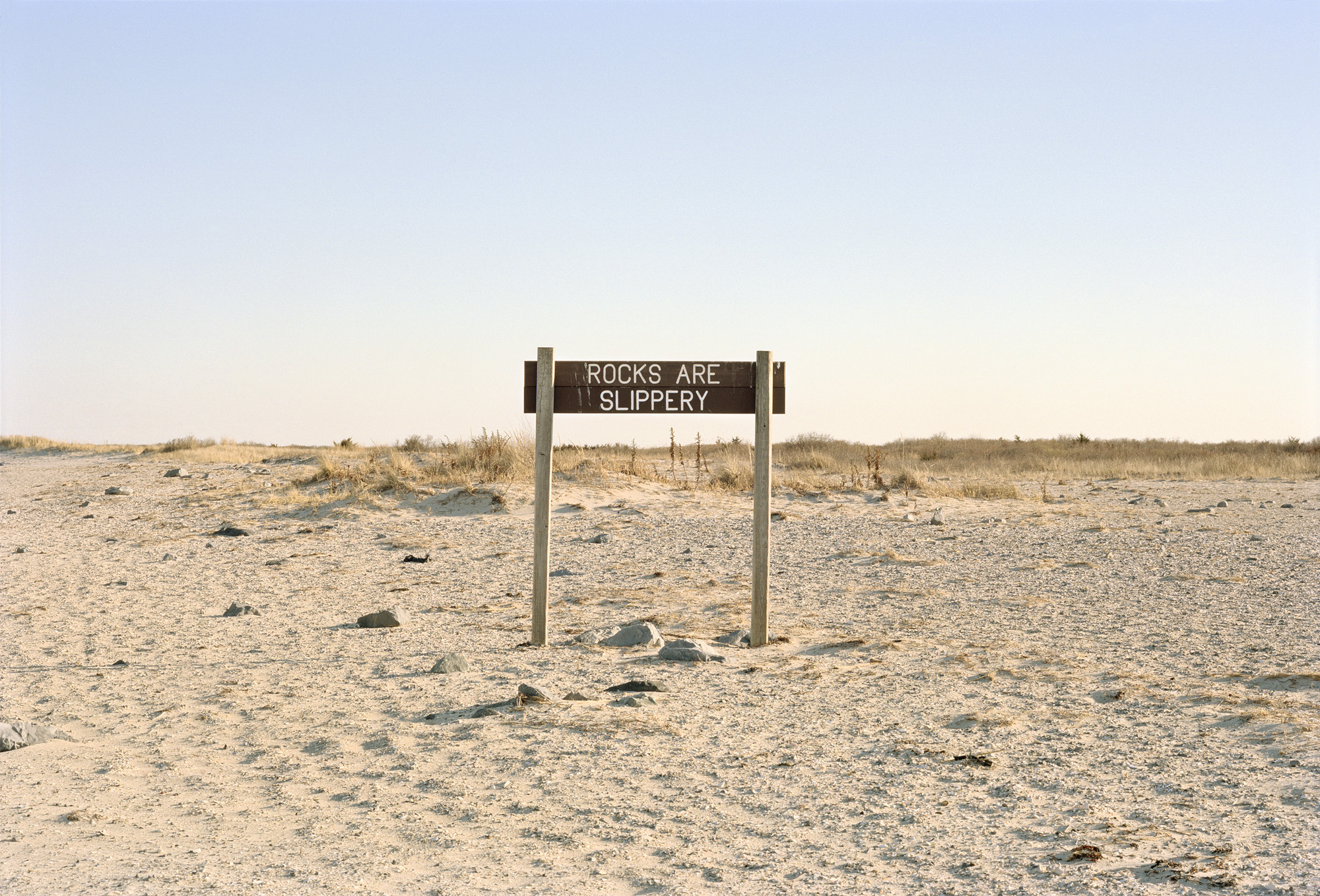 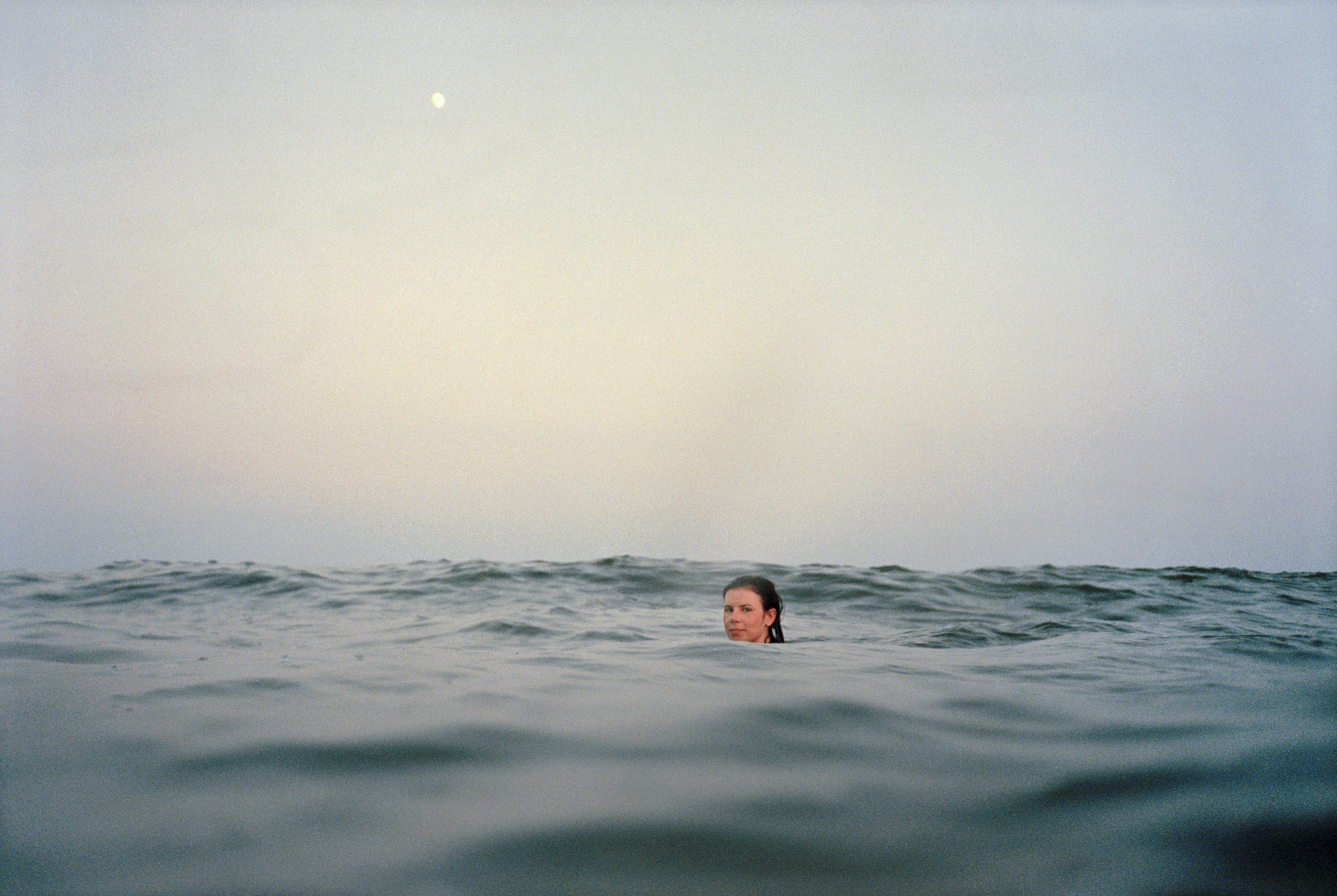 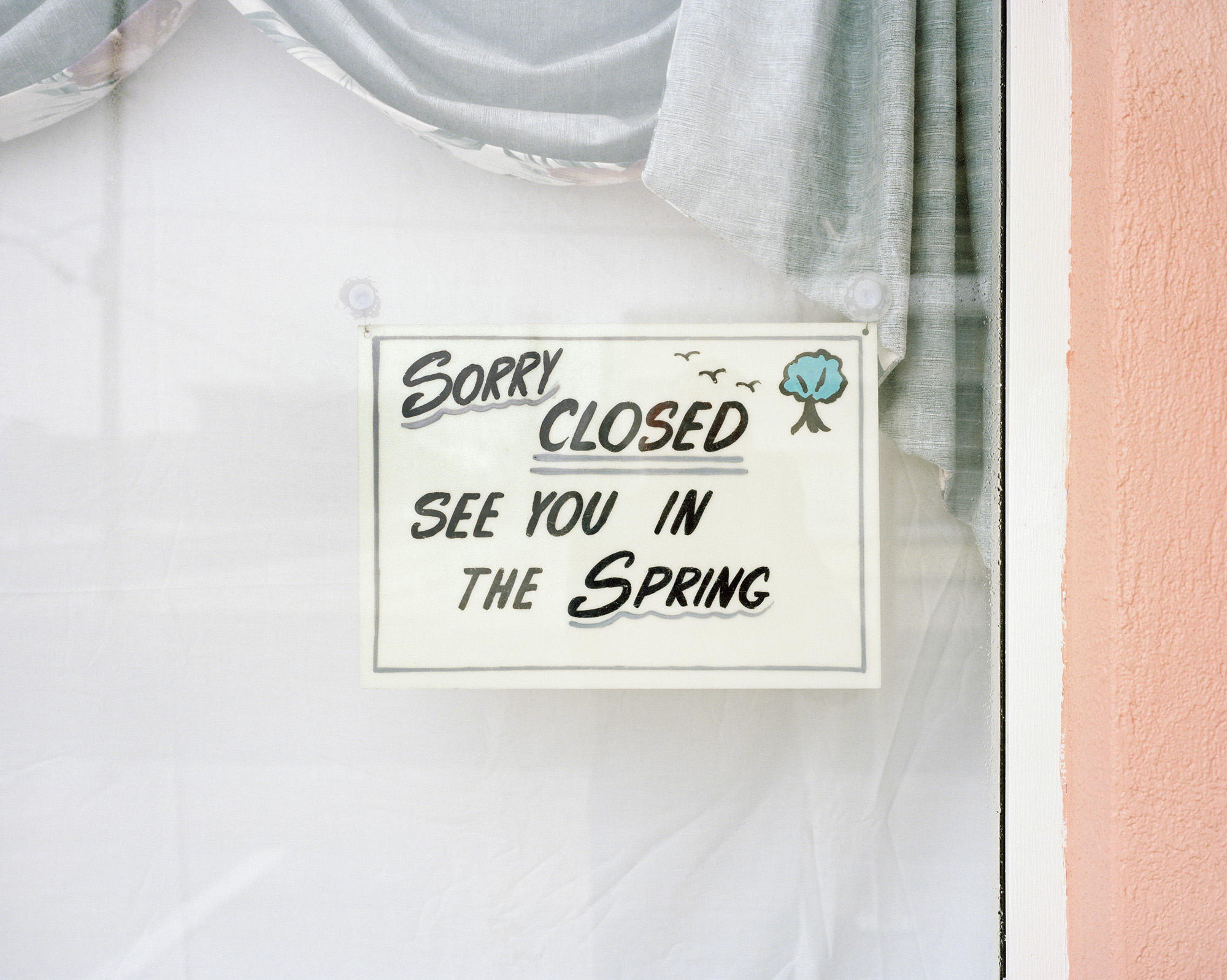 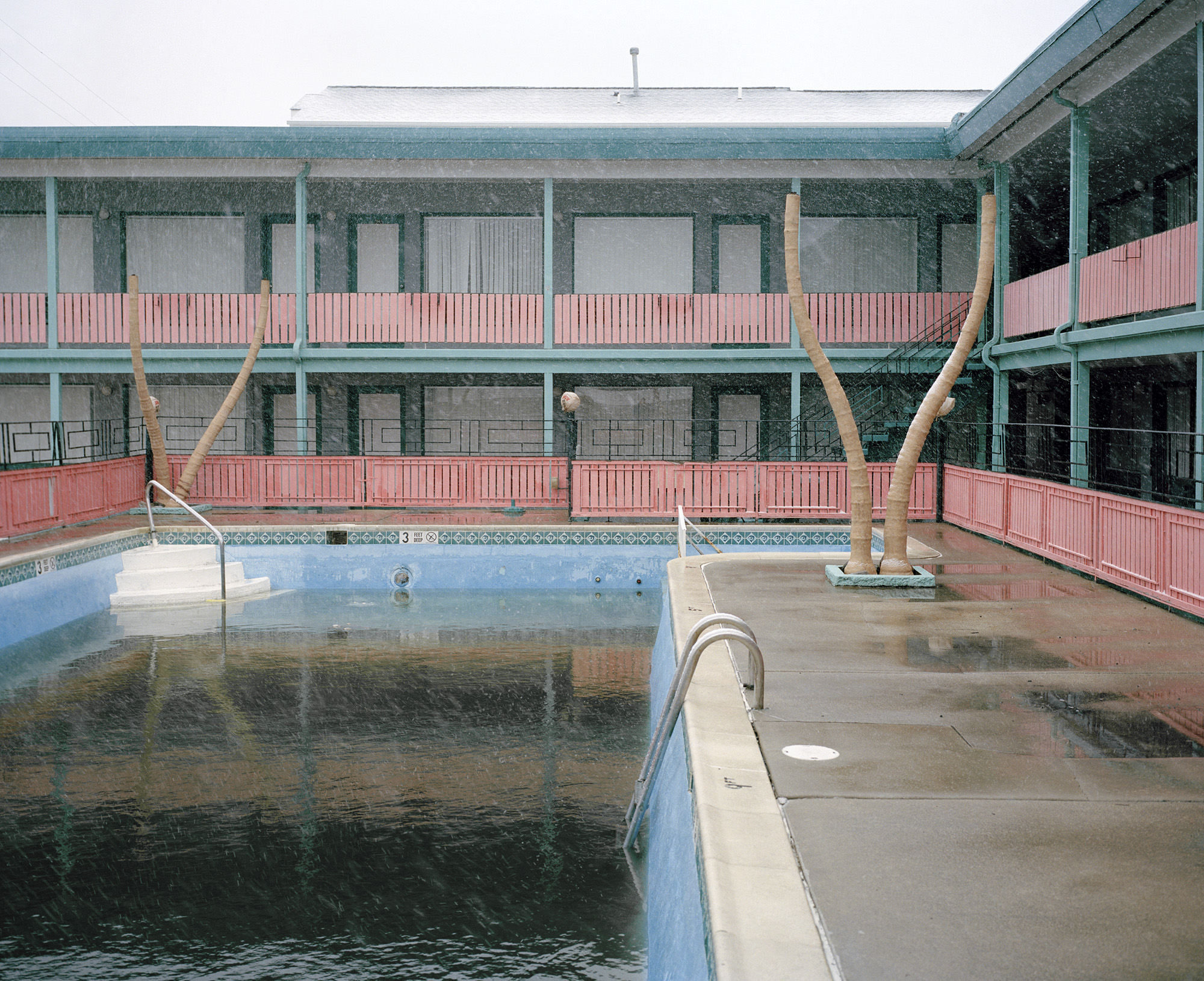 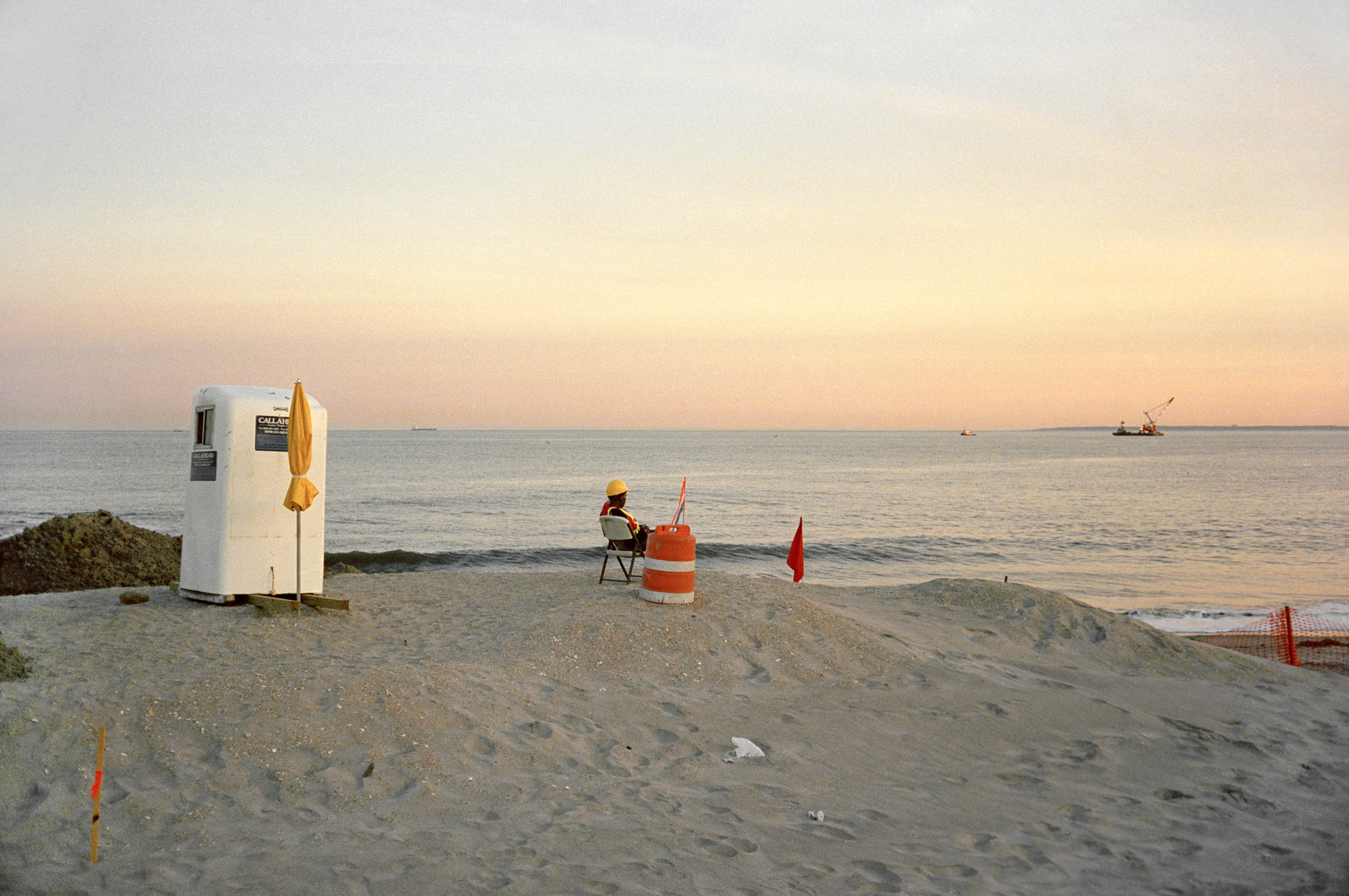