We wanted to bring journalists on the water and share with them that great feeling which is sailing. 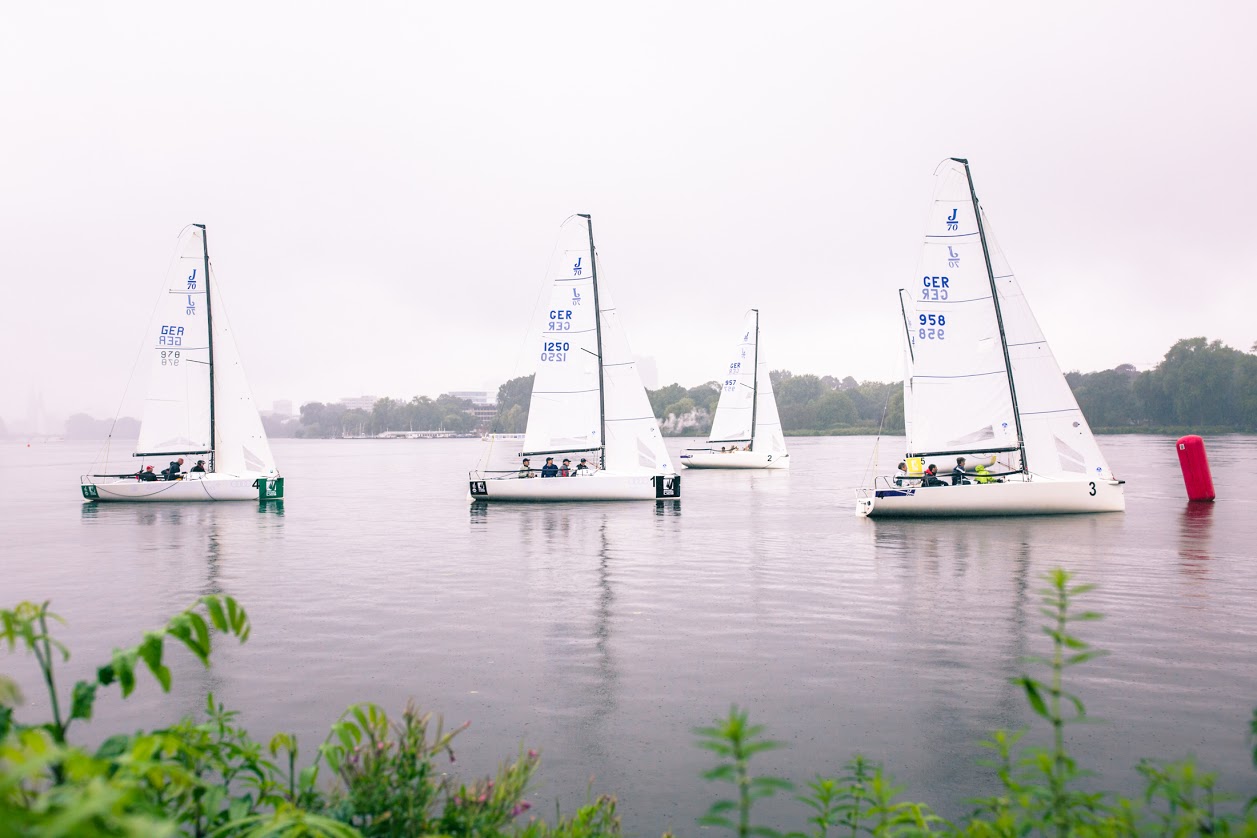 Invited to take part in the first ever Media Sailing Cup, members of the Panthalassa Society left the massive summer crowd of the Atlantic coast to land in Hamburg also known as the "Gate to the World".

Der Spiegel, Yacht Magazine, Stern, Taz,  Der Hamburger, as well as the German Federation of Sailing, Tagesspiegel, the Norden, the University of Applied Sciences of Hamburg, and "Kielbomben", the only 100% female team of the regatta. Organized on the Alster River, the regatta gathered some of Europe’s largest publications and some of the most popular german magazines. 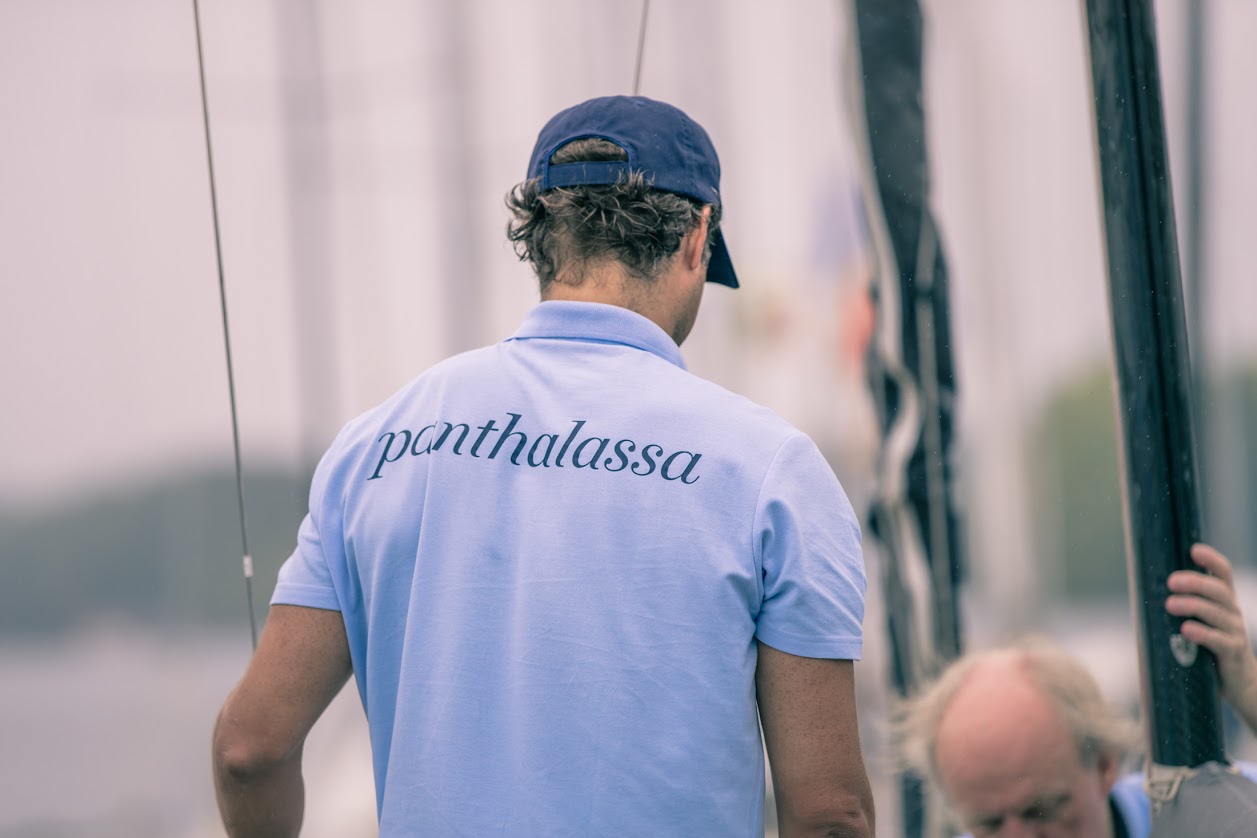 "Always have a rain plan". Known as the largest deep water port of Germany and the second largest city of the country, Hamburg is home of sailors, dockers and businessmen. The leading maritime capital of the world welcomed us with traditional heavy rains. As Hamburgers like to say “Schietwedder givt dat hier nich” (There's no such thing as bad weather). The grey city’s skyline is covered with a thick fog hiding such historical monuments as The Elbe Philharmonic Hall (Elbphilharmonie), an ever-changing landmark visible from afar thanks to its glass façade catching the reflections of the sky and water.

11 media teams were invited to participate in this years’ 2017 edition of the Media Sailing Cup. More than 70 people from the biggest publishers in Germany made the trip for this unique 3-day event. Included were creative minds of all sorts, and some big names such as Klaus Brinkbäumer, Editor-in-Chief of the Spiegel, Christian Krug, Head of Editorial Staff at Stern Magazine, Sven Hanser, journalist from Taz Magazine, David Pohle, the Hamburger Editor-in-Chief, to name just a few. Unanimously described as "intense and sporty", the Media Sailing Cup managed to highlight some very important values such as team work, determination, challenges and friendliness, all via competitiveness. As we know, taking great risks comes with great rewards. Sergio Penzo likes to sum it up: "We had an incredible time at the first ever Media Sailing Cup. Thanks to my amazing Panthalassa crew, Elisa Routa, Ralf Burmester, super-Niklas Reisenauer and Geert Schmelzer. Although reaching a 4th place that felt like winning an olympic medal, I think the result is purely anecdotal. I sincerely believe that everyone grew as individuals having been through this adventure."

We were warmly welcomed at the Norddeutscher Regatta Verein (NRV) sailing club, one of the oldest and largest sailing clubs of Germany specializing in regattas. Founded in 1868, the club has always been interested in setting high standards for the international sailing scene through prestigious regattas like Atlantic crossings, Rolex Baltic Week, NRV Champions Week or Nord Stream Race. At the end of the main pontoon, the German flag proudly floats among the dark clouds, as a solemn welcome sign. Almost 100 wooden Dragon keelboats are parked in front of the club and carefully covered in soft sheets. "The NRV is the biggest sailing club in Germany with more than 2,000 members, situated on the Alster lake."  explains one of the organizers Sven Jurgensen who learned how to sail more than 30 years ago at the Deutscher Hochseesportverband HANSA (DHH), a renowned German sailing school. "Here, we can literally sail in the city! The NRV is said to be the club with the most J/70 titles and a precious place in the the German Championship. We also have an Olympic team." Christine Bauer, usually journalist at Der Spiegel, was part of the all-female team. She took her chance to sail on the J/70, known as the world's fastest growing sailboat. "When  they asked me if I wanted to train on the J70, I said yes straight away. It's such a privilege." As a sailing enthusiast, Christine knows the power of this sailing machine. J70 is a high performance sportsboat and clearly one of the most popular one-designed keelboards. 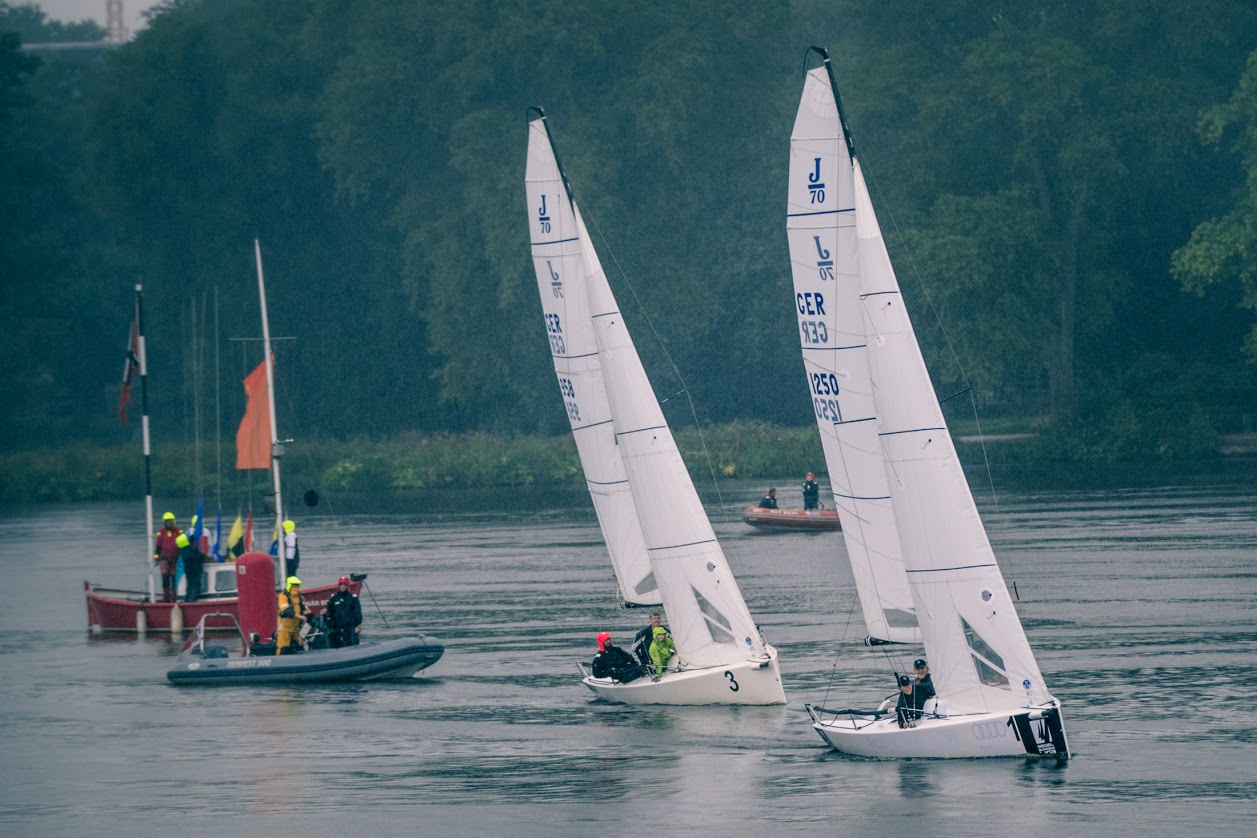 "It’s amazing how the organizers managed to gather all this media together. That's what they wanted, they wanted us to connect and bring people together," said Philipp Jägersberg from Der Hamburger. Organizer and photographer Sven Jurgensen confirms. “We wanted to bring sailing to a broader public in Germany, and we also wanted to reach some big media partners; newspapers, magazines and broadcast stations. The idea was to create a journalist sailing family made of active sailing journalists and beginners. We wanted to bring journalists to the water and share with them that great feeling which is sailing. Sailing is a fantastic sport that requires important qualities such as teamwork. I’m proud to have such a great team behind me, helping and supporting the Segel Media Cup. It’s a pleasure to see that everyone involved, from the sponsors to the crews, is very enthusiastic about the event".

According to Sergio Penzo, the event brought people together and made the teams feel like family. "I think many of the teams didn’t get too many chances of practicing before the event. We were all going through similar challenges, making incredible progress and getting better with every heat. It was beautiful to watch the other teams improve within the 3 days the competition lasted. I think that, the fairplay, and the effort by the organization to make this event beyond a simple race is what brought us closer together. It was certainly a special honour to participate in the first ever Media Sailing Cup. I have always looked up to many of these influential publications so sharing the passion for water and realizing we have so much in common felt very special. A big thanks to Jens Hoffmann and Max Gebhardt for making it possible. And special thanks to Christopher Rothe and Sven Jürgensen for the invite and making us feel like family."

Already working on next year’s edition, the organizers confess. "Sailing is a not only a fun sport but also a clean sport. That’s why it’s very important for us to raise awareness of the oceans. For the 2018 edition, we’ll have around 20 media crews on the water, coming from all around Europe. We’ll also work with a tracking system and will get some support from Yacht TV. We’ll work on showing how important it is to save our oceans."

See you next year then! 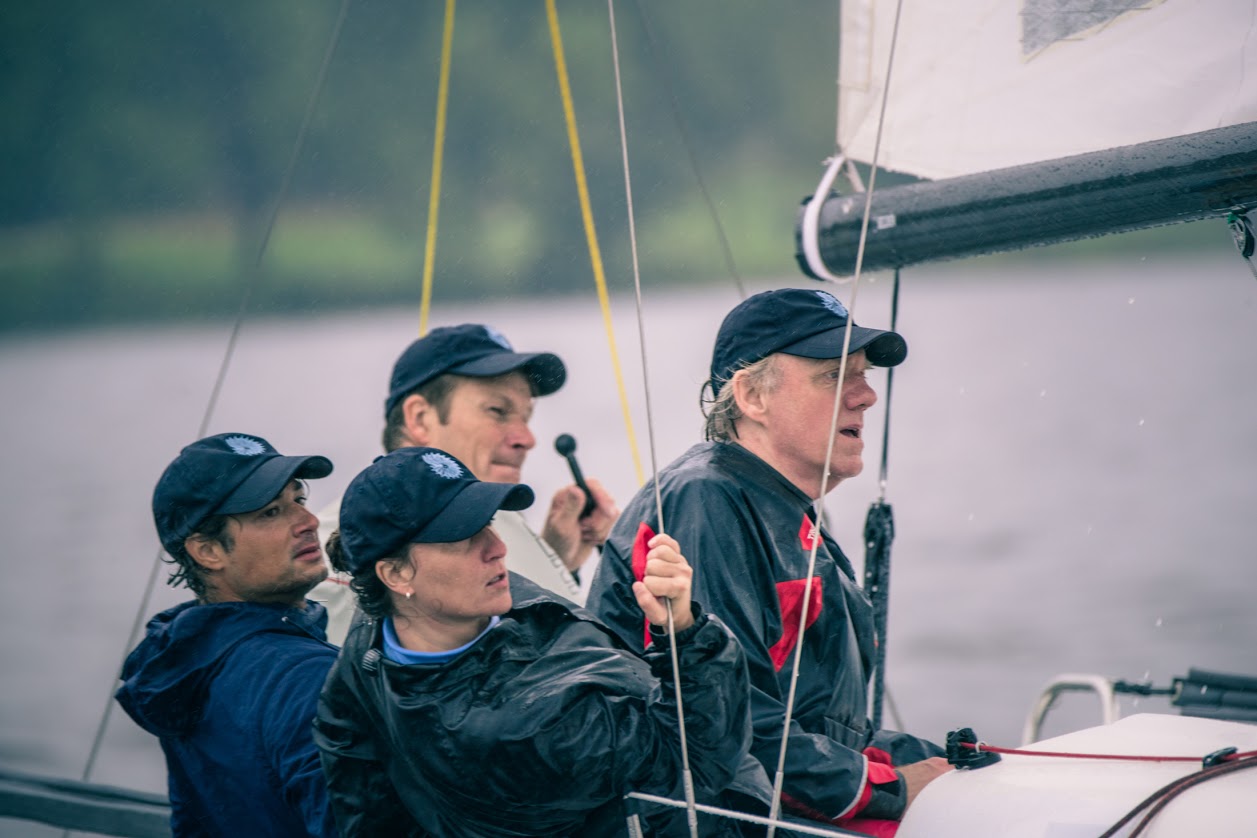 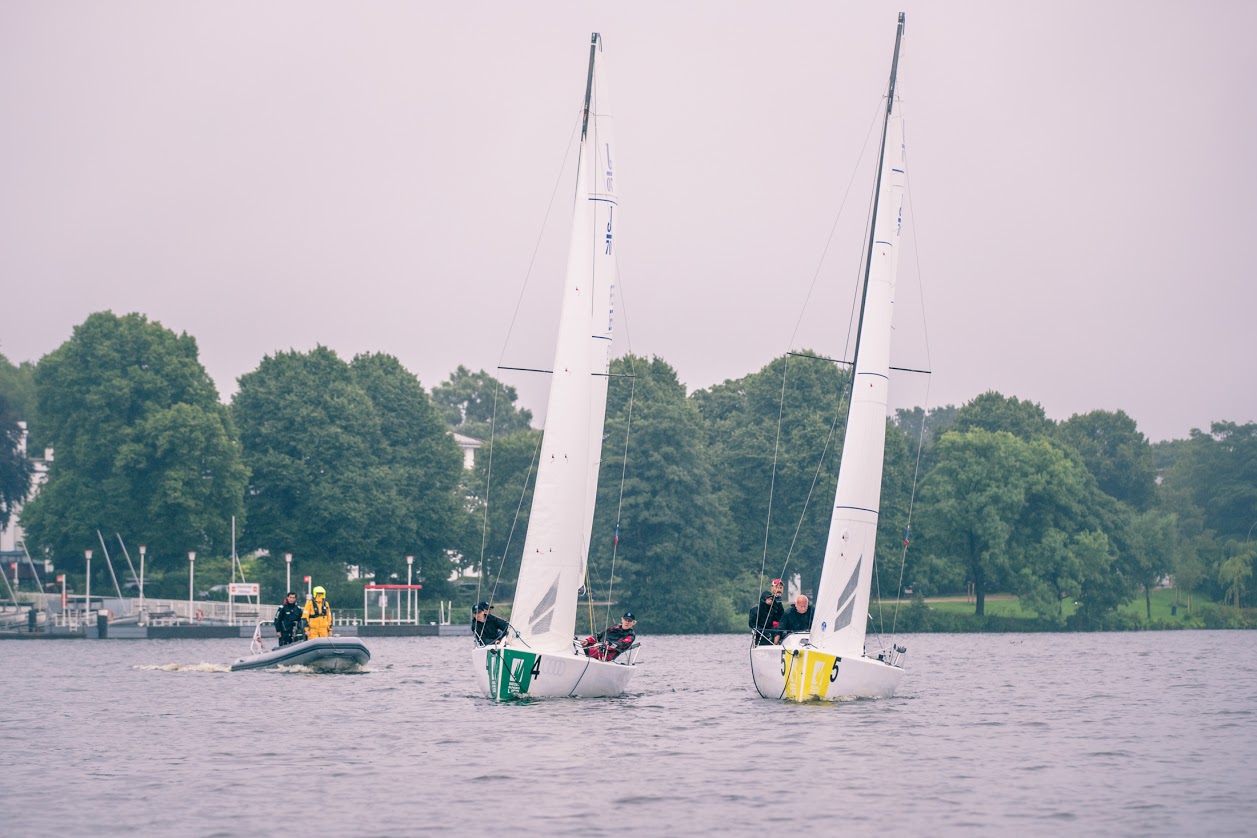 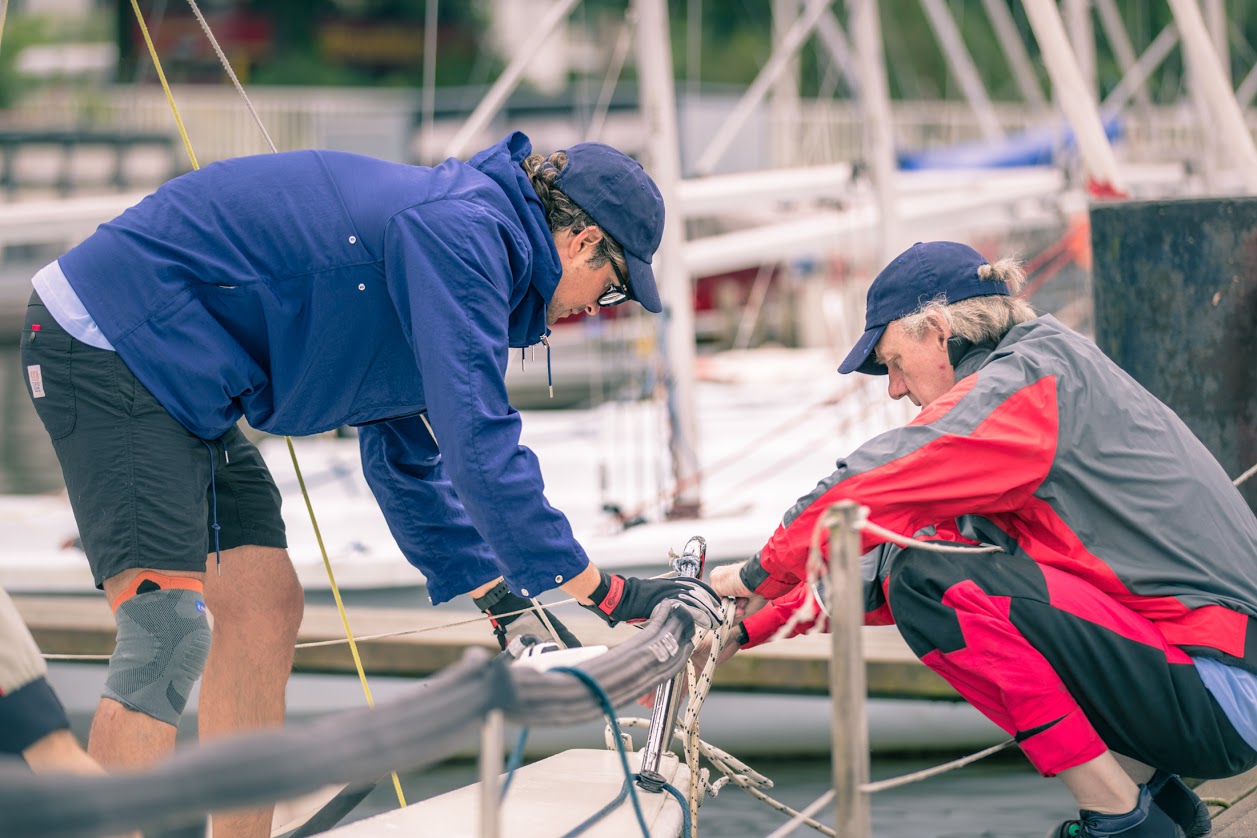 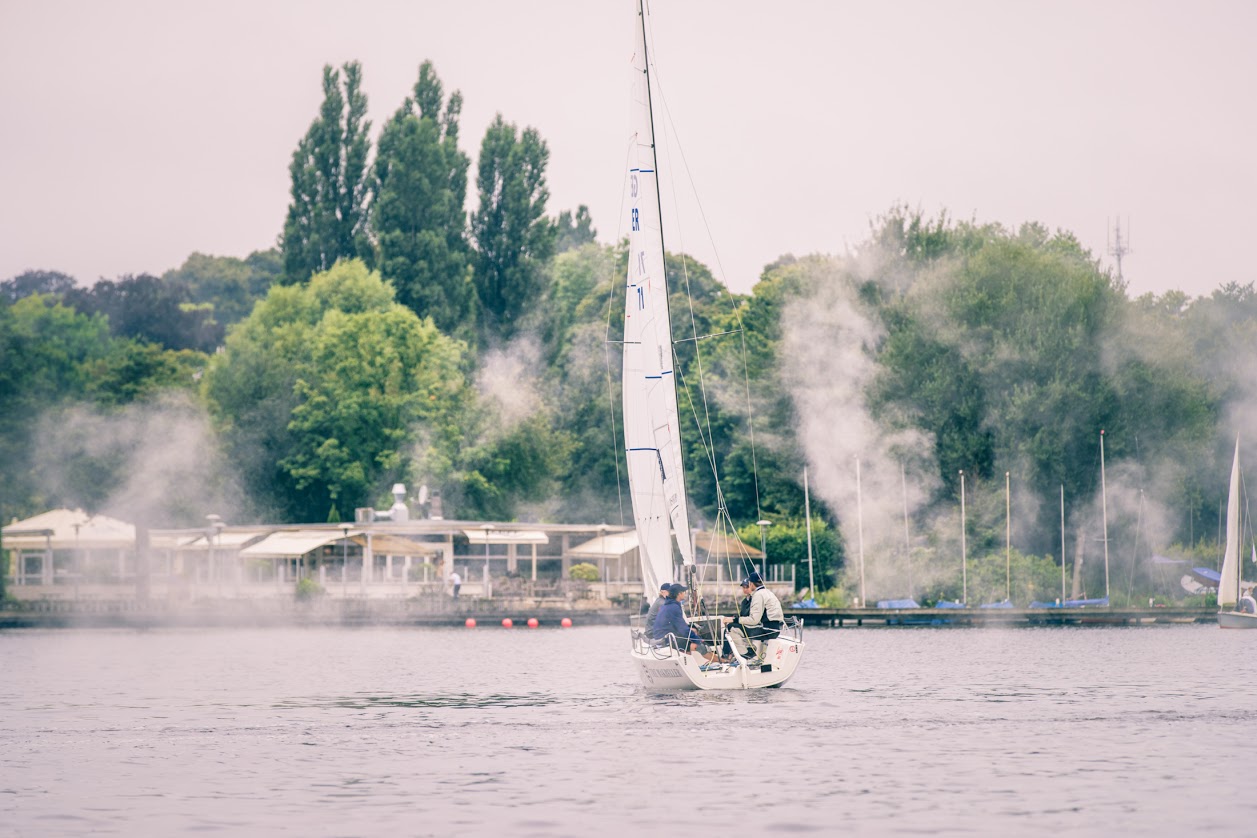 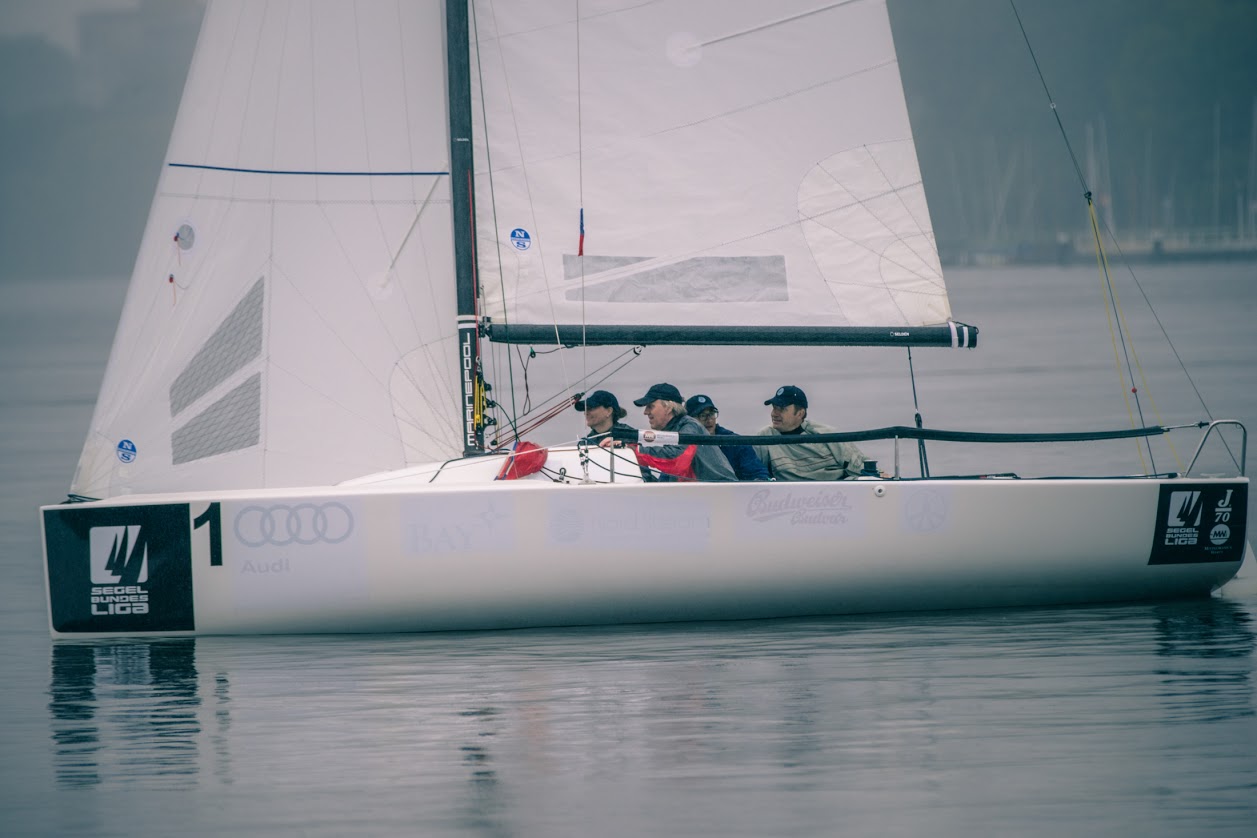 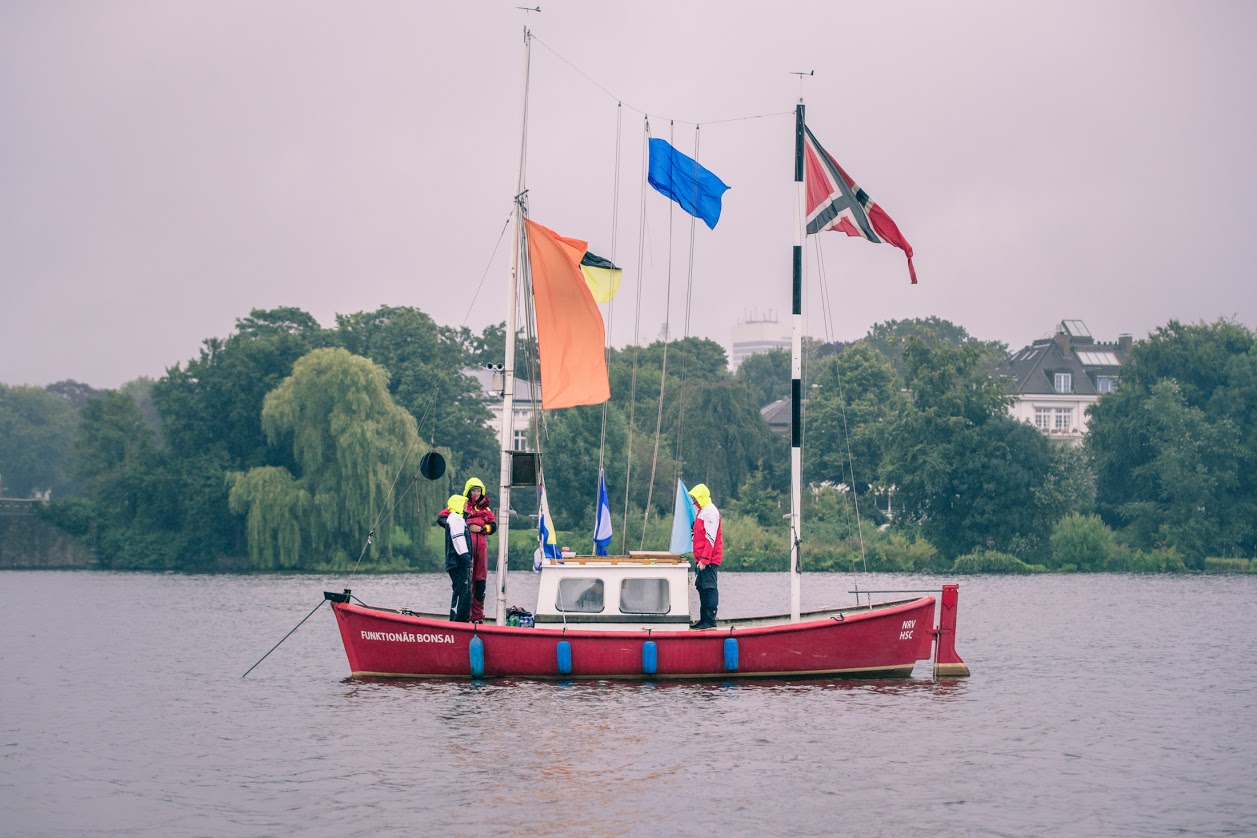