Through digital processes, the two artists created a series of video works that reflects upon their relationship to their natural surrounding and examine the resulting human alteration on our oceans. 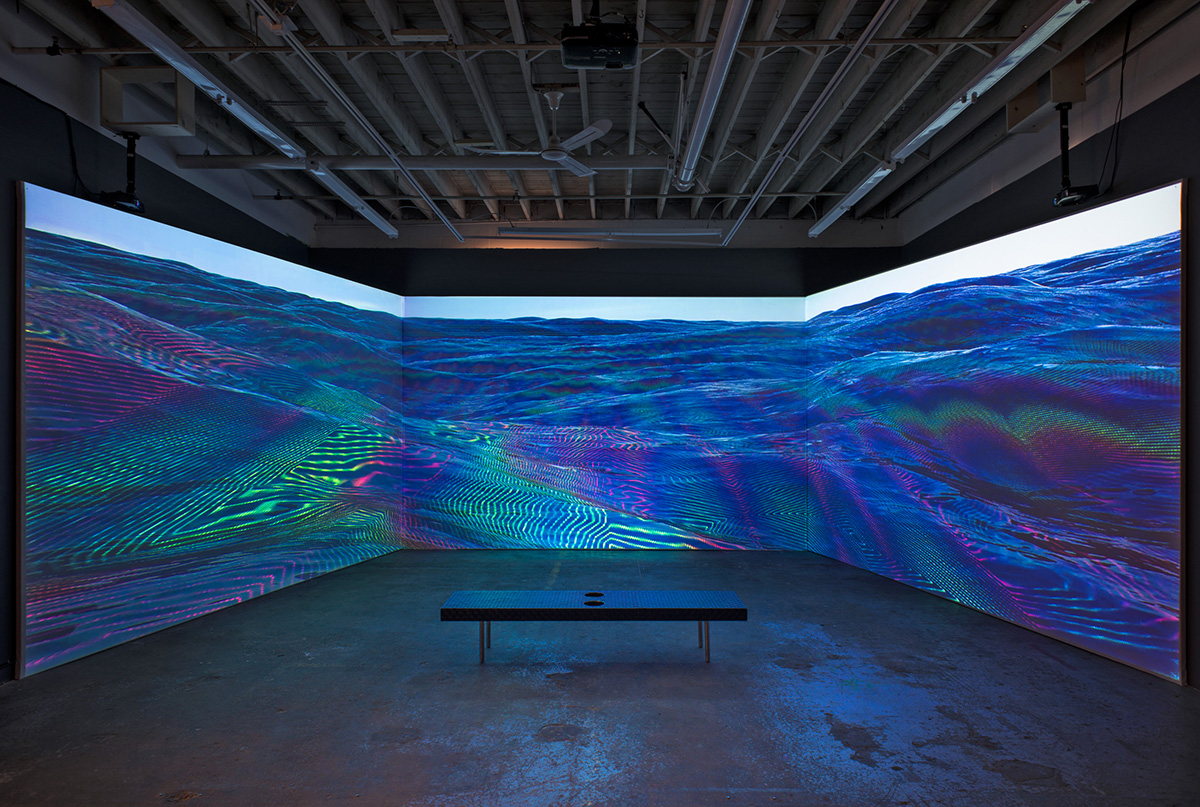 « Art has always been a testbed for a notion of the real » says the first line of the Chronus Art Center’s website introduction (CAC).

Signals by Biarritz-based visual artist Nicolas Sassoon (lives and works in Biarritz, France, and Vancouver) & Brazil-born artist Rick Silva (lives and works in Eugene, Oregon) belonged to the twenty-three works exhibited during the unReal. the Algorithmic Present, « an exhibition that attempts to confront the digital present through the very means of technological intervention both as critical examination as well as alternative prospects. » 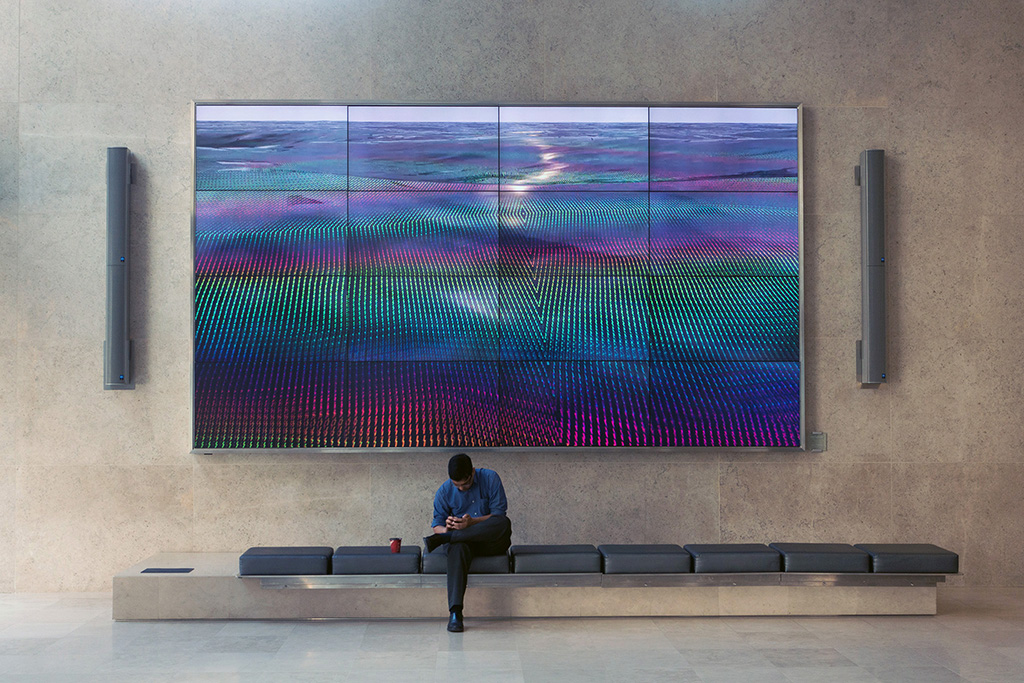 Recently exhibited in Anglet at the Georges Pompidou center (France), Silva and Sassoon’s 3 web-based works presented there as large video installations have been conceived as an immersive environment inviting the viewer to question the human footprint on the planet.

Indeed, through digital processes, the two artists created a series of video works that reflects upon their relationship to their natural surrounding. Through immersive projections, they examine the resulting human alteration on our oceans. Each computer generated video work contrast an ocean view infused with digital effects - digital carpets lying on the ocean floor as well as digital cylinders looking like drilling machines - that simulate a seemingly oily substance reflected on the surface of the water, thus replicating the impending visions of an oil spill in open waters.

The natural liquid environment and computer-generated landscapes are combined to a humming soundtrack suggesting technological presence, creating a contrast between technology and a natural setting. 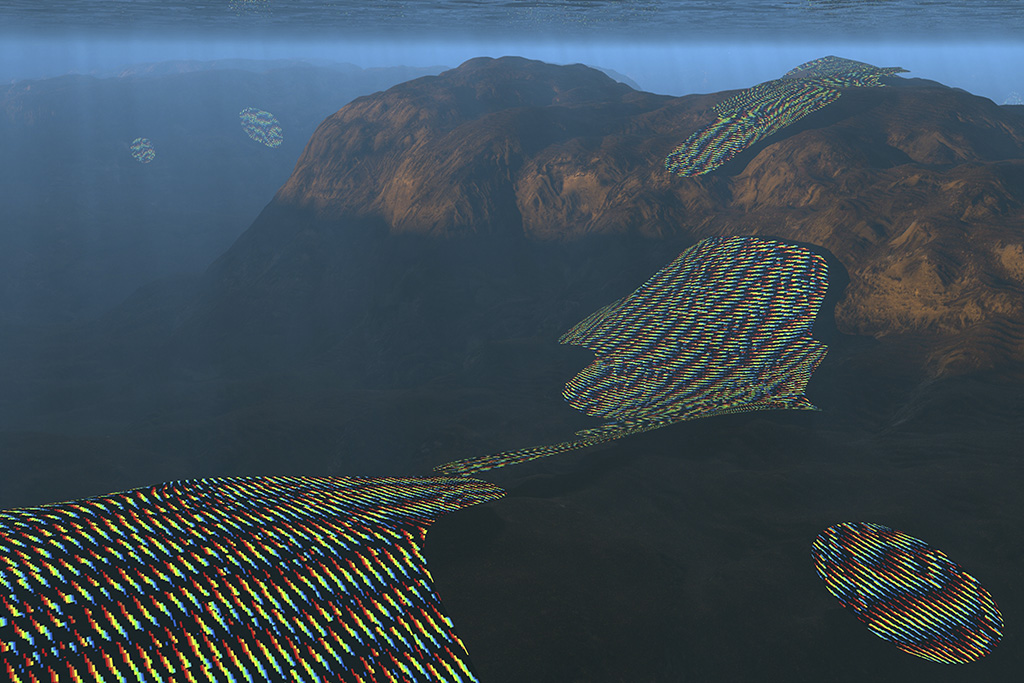 « My name is Nicolas Sassoon, I’m a visual artist based in Vancouver. My practice revolves mainly around animation and video projection. I’ve always been drawn to a type of imagery, images or artworks that really create that magical moments when you look at them and you are transported somewhere else but you also baffled by how it was possibly made, » explains french-american artist Nicolas Sassoon. « I work with this very simple overlapping of two images. It’s something that’s really close to analog animation in a way. I don’t use coding, I don’t use programming, I do everything by hand. I stretch things, I change the speed, motion, and through these experimentations, I reach a result that I find to be a good result. »

Produced by pairing complementary fields of research in computer imaging, each video work « bring to life a simulated ecological ruin as a gesture of contemplation towards an environment subject to perpetual human alteration. » About nature, Nicolas Sassoon says: « Nurturing hobbies is really key to me to keep a curious mind. Working on the garden, weeding, planning stuff, doing anything that involves taking care of the garden, is super grounding. It’s a nice complement to being in front of a laptop ten hours a day. » 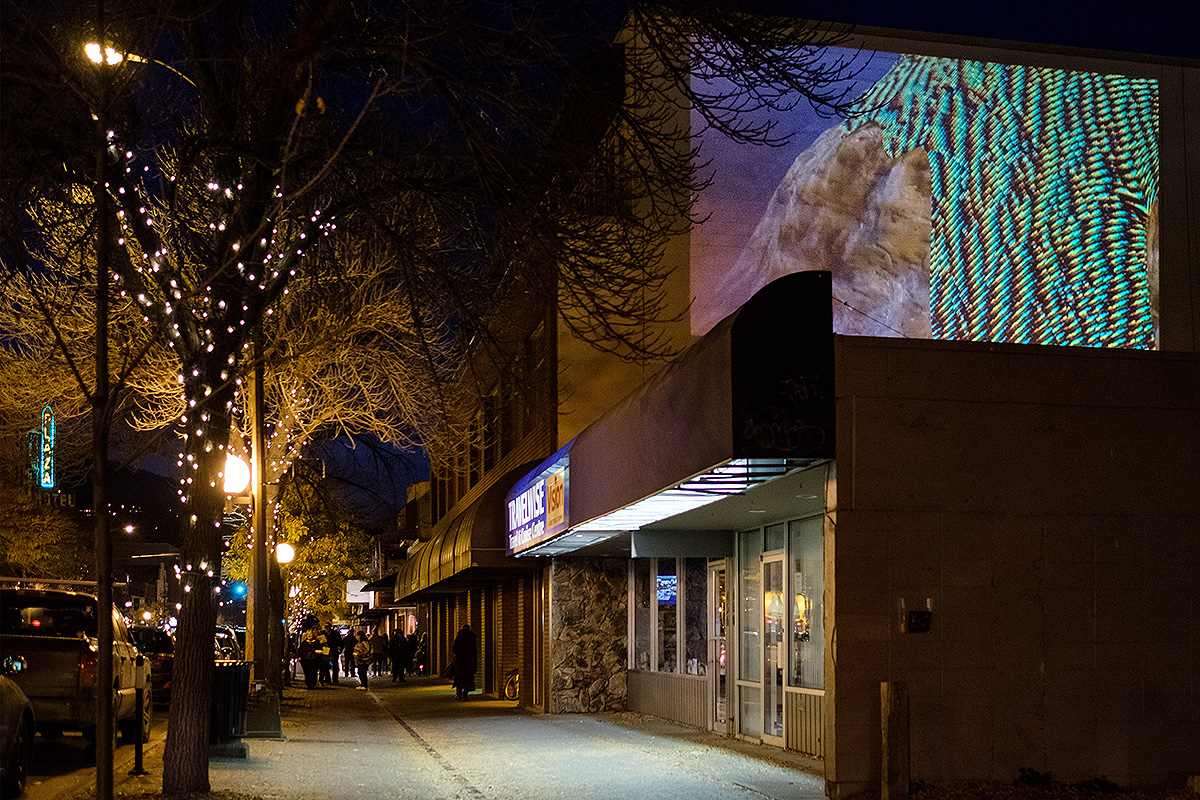 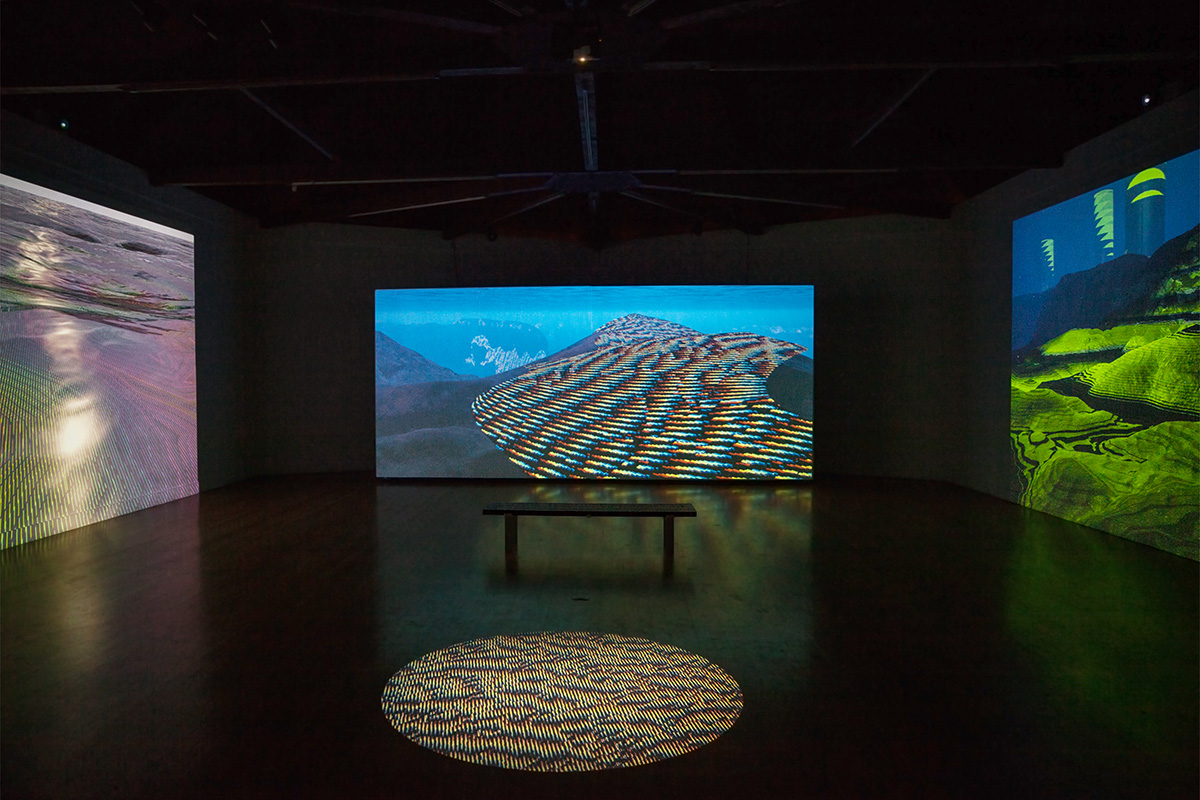 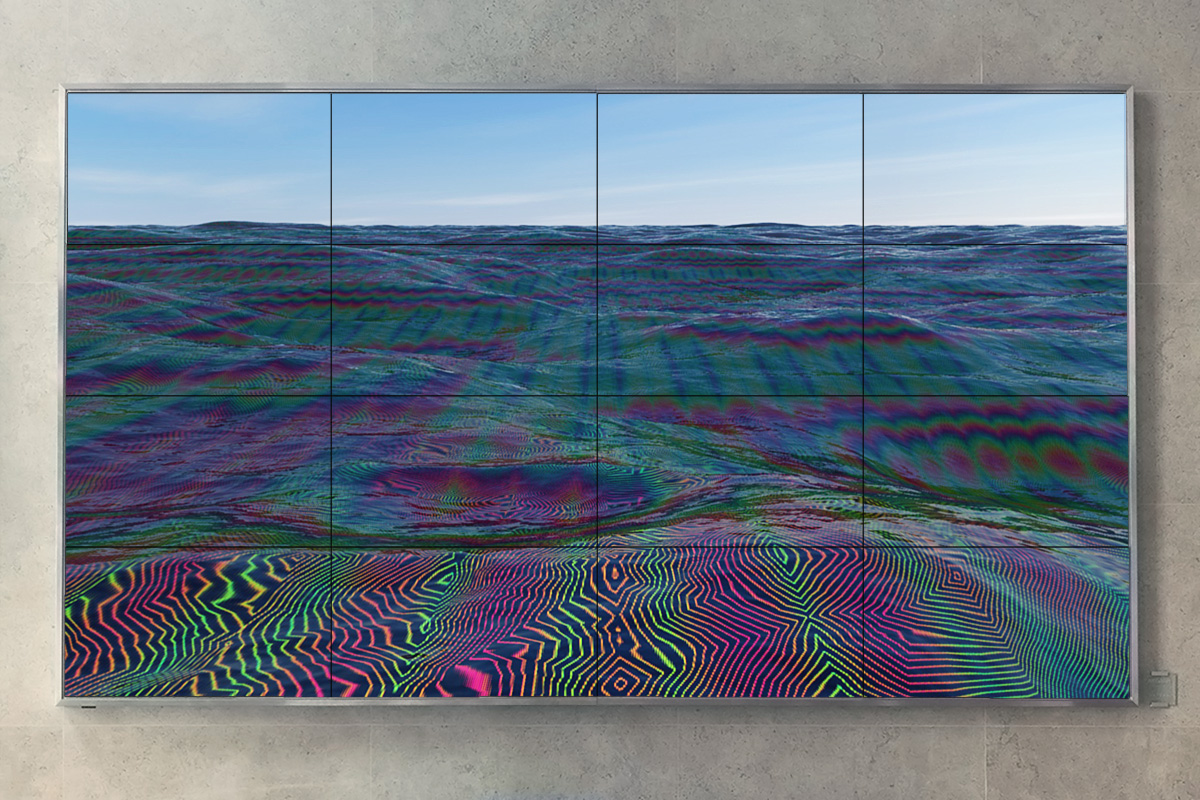 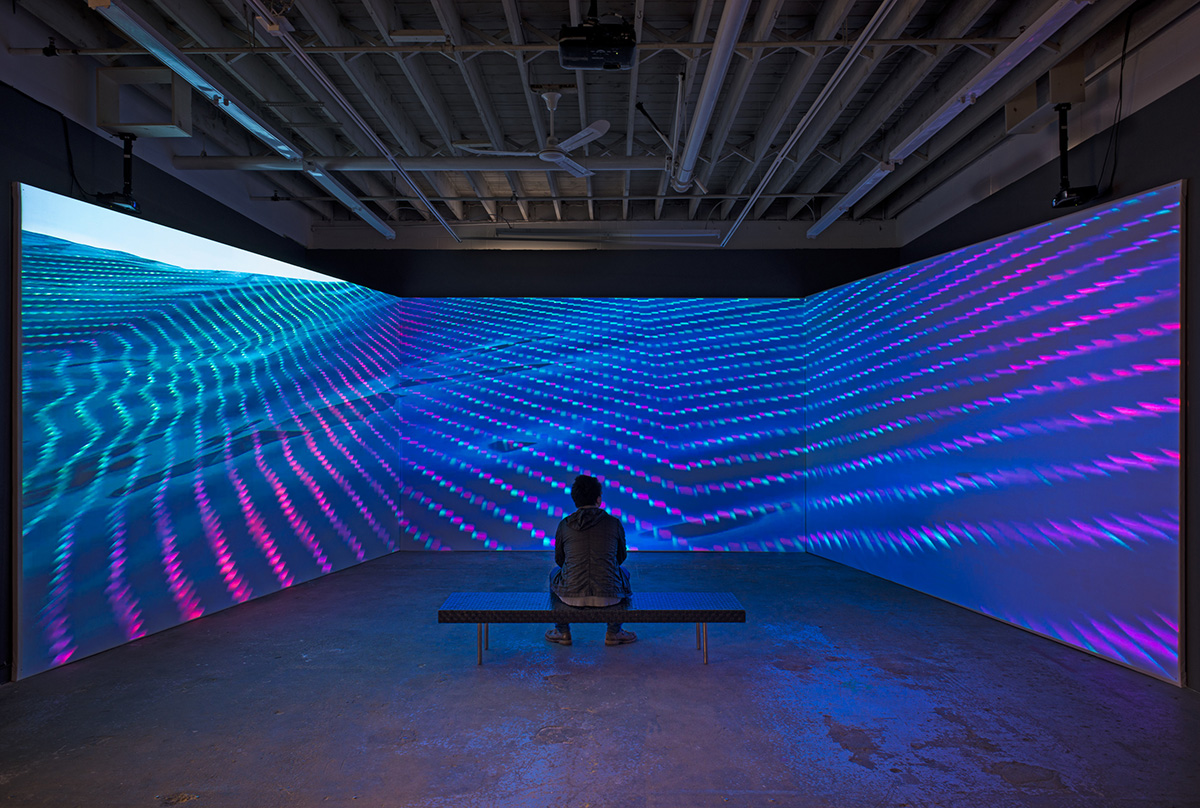 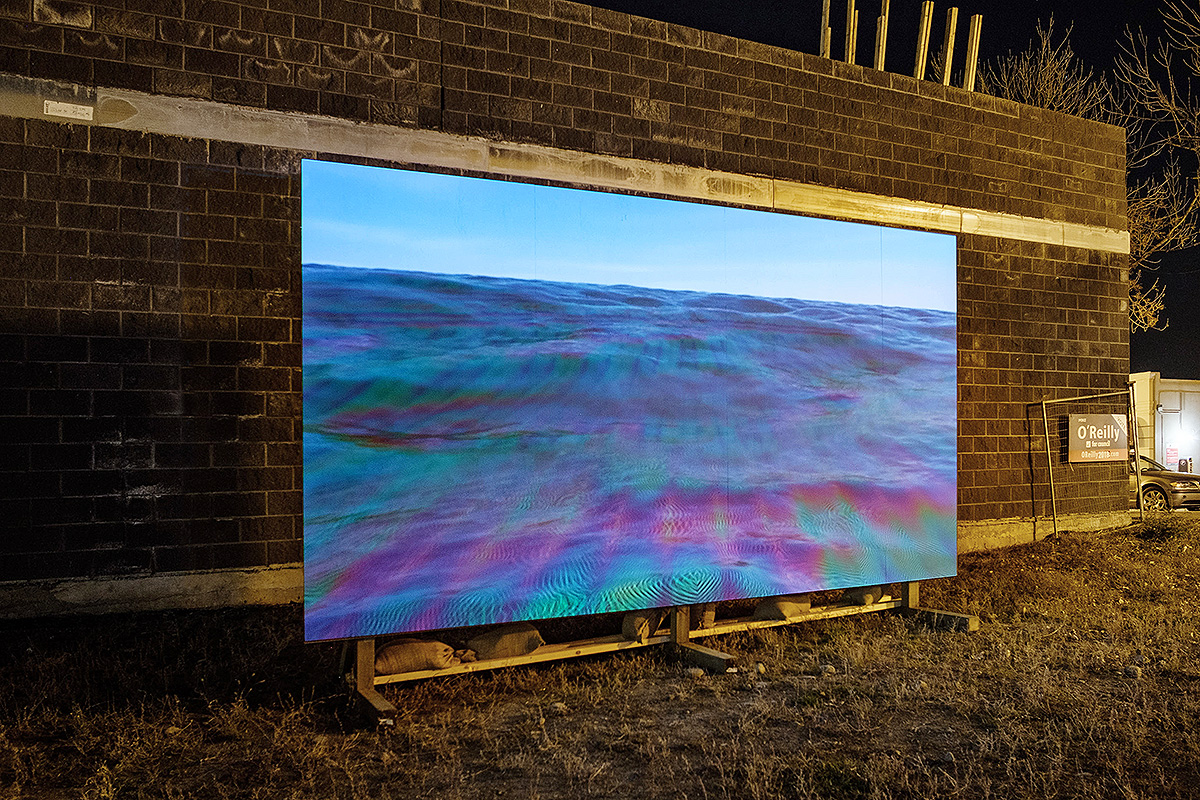