The Plastic Family travels to the European Parliament 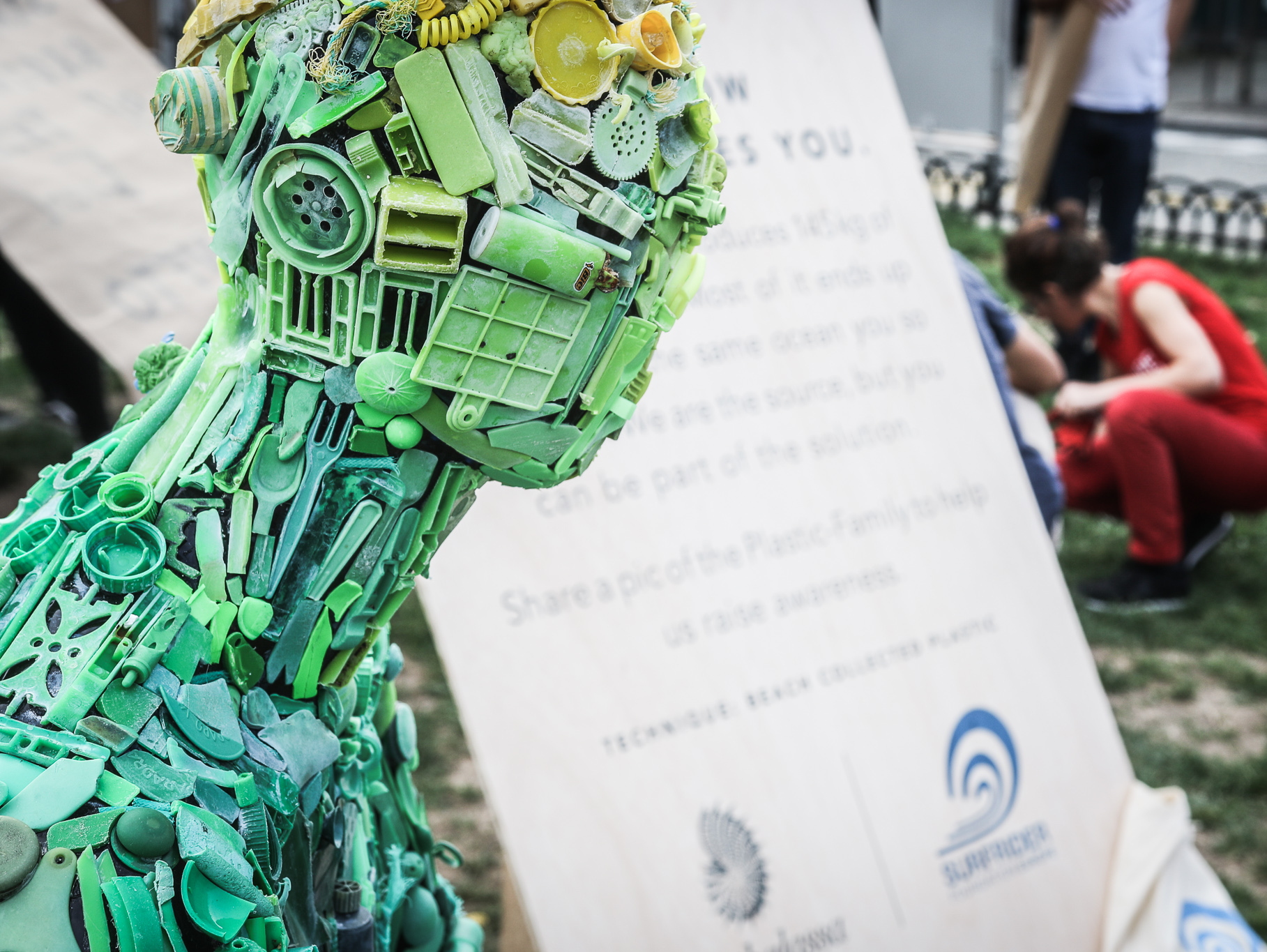 The clock is ticking and we call on the European Parliament to take action now!

The Plastic Family left their coastal landscape for a while and made the trip to the European Parliament in Brussels, Belgium. Initiated by Surfrider Foundation Europe, the action day was meant to draw attention on the global crisis of plastic pollution. "The Plastic Family has been much appreciated by our volunteers and gave us a real visibility among passers by," says Charléric Bailly, SFE event manager. "A real success for this event!"

The estimated 19 billion pounds of plastic that end up in the ocean every year are expected to double by 2025. "The clock is ticking and we call on the European Parliament to take action now!⁣" says the foundation. 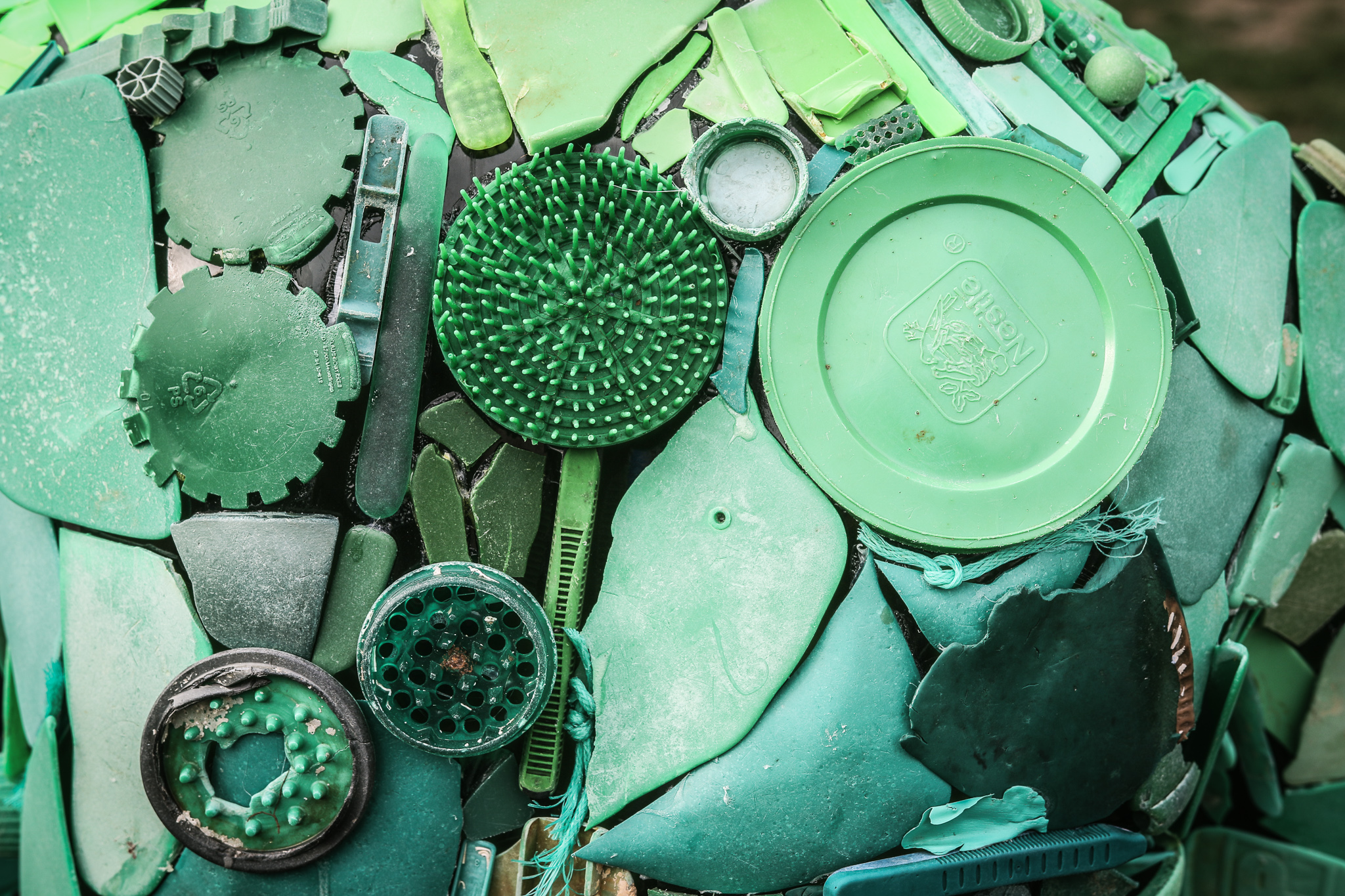 For the occasion, 80 Surfrider Foundation Europe volunteers present that day collected more than 7000 cigarette butts in Place Lux, Brussels, outside the European Parliament. They also created a giant bottle made out of plastic bottles to emphasize on the amount of plastic trash dumped into the sea everyday. "Every year, we organize an official gathering with our European volunteers during a weekend of exchanges and discussions. They're what we wall the Chapters Days," says Charléric. "This year, we were approximately 80 including volunteers and SFE staff members. In view of the next european elections scheduled to occur in 2019, we chose to meet in Brussels in order to question the european deputies."

Today, more than 8 million tons of plastic are found in our oceans every year. Whether it has deliberately been dumped or lost by accident, human-created waste represents the majority of the marine pollution, also called marine debris or marine trash, affecting the health of wildlife and humans themselves. "That's why te event consisted in meeting up on Luxembourg Square in front of the European Parliament, while exhibiting art installations made out of plastic trash. We are convinced that art is a powerful tool to seduce people toward an environmental cause," explains Charléric. "We organized a cleanup of the square and collected more than 7,600 butts of cigarettes in just an hour."

According to the Container Recycling Institute, 100.7 billion plastic beverage bottles were sold in the U.S. in 2014, compared to 3.8 billion plastic water bottles sold in 1996. It means 315 bottles per person, 57% of those units were plastic water bottles. A threatening and terrible fact that we could avoid by slowing down our disposable lifestyle, refusing single-use plastics (plastic straws, plastic bag, plastic bottles, ...) and using more sustainable containers.

Today, we need to make global efforts to end plastic pollution. As mentioned by the Plastic Family, "we are the source but you can be part of the ocean."  Follow their journey on Surfrider Foundation Europe. 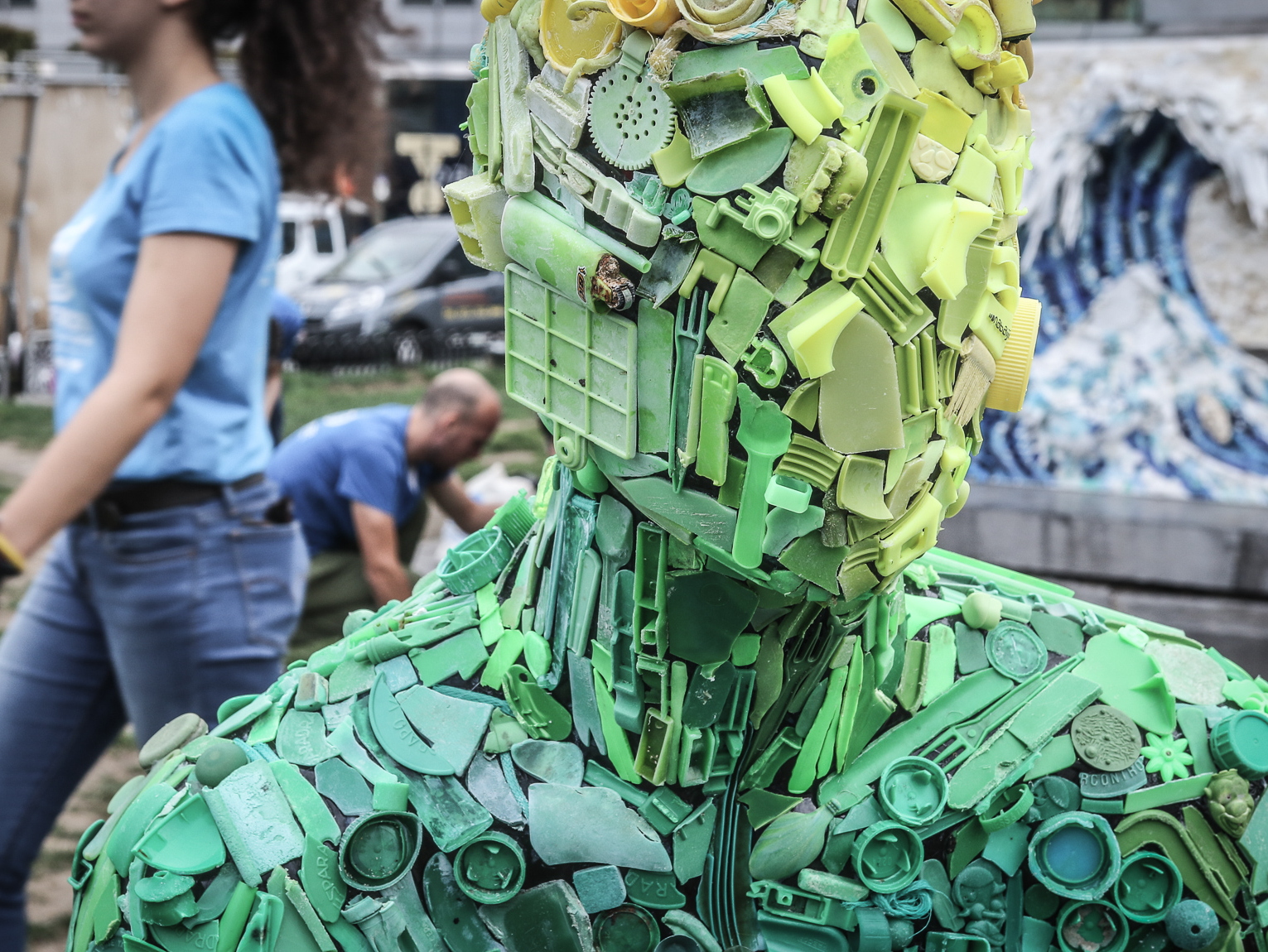 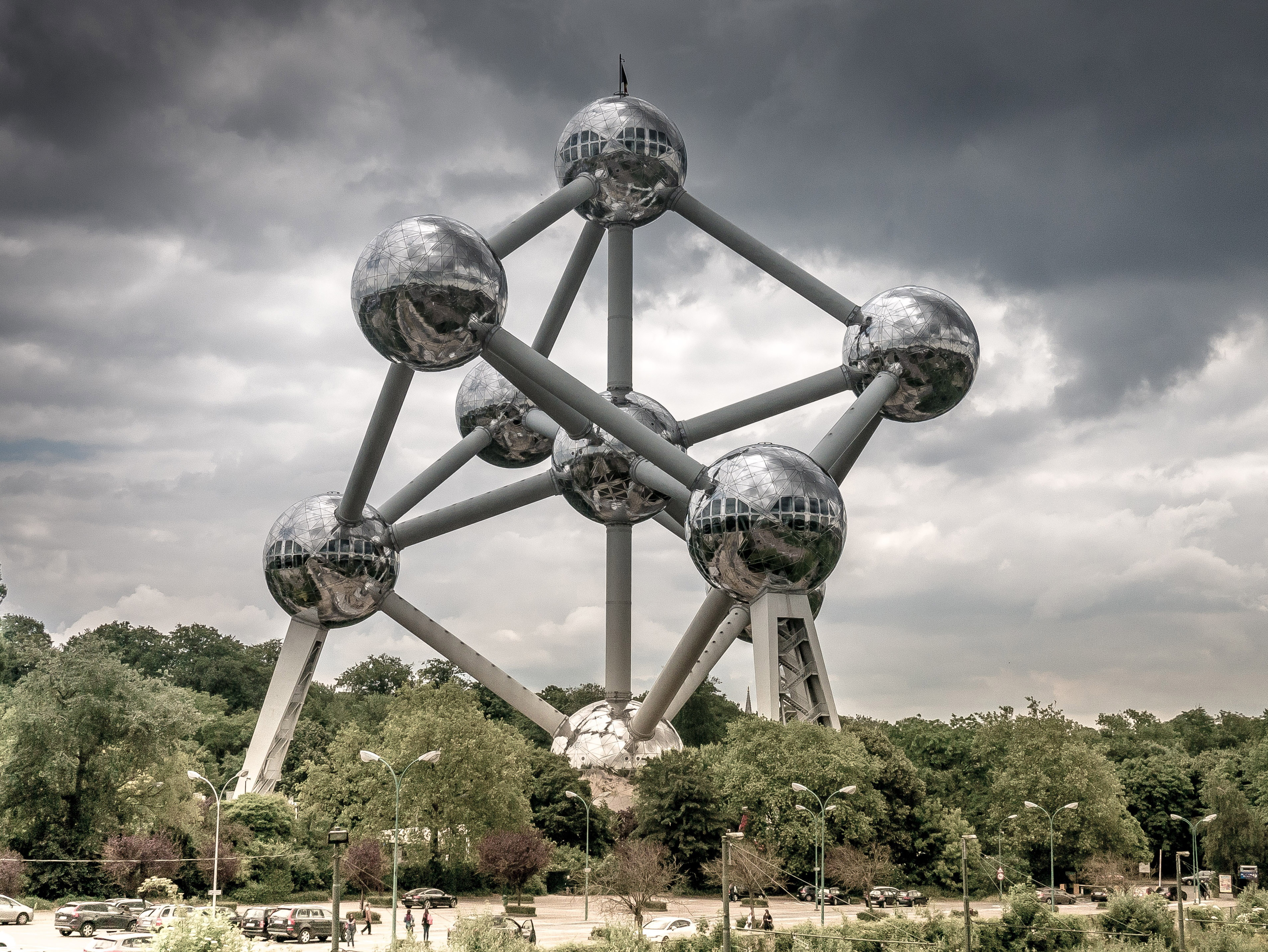 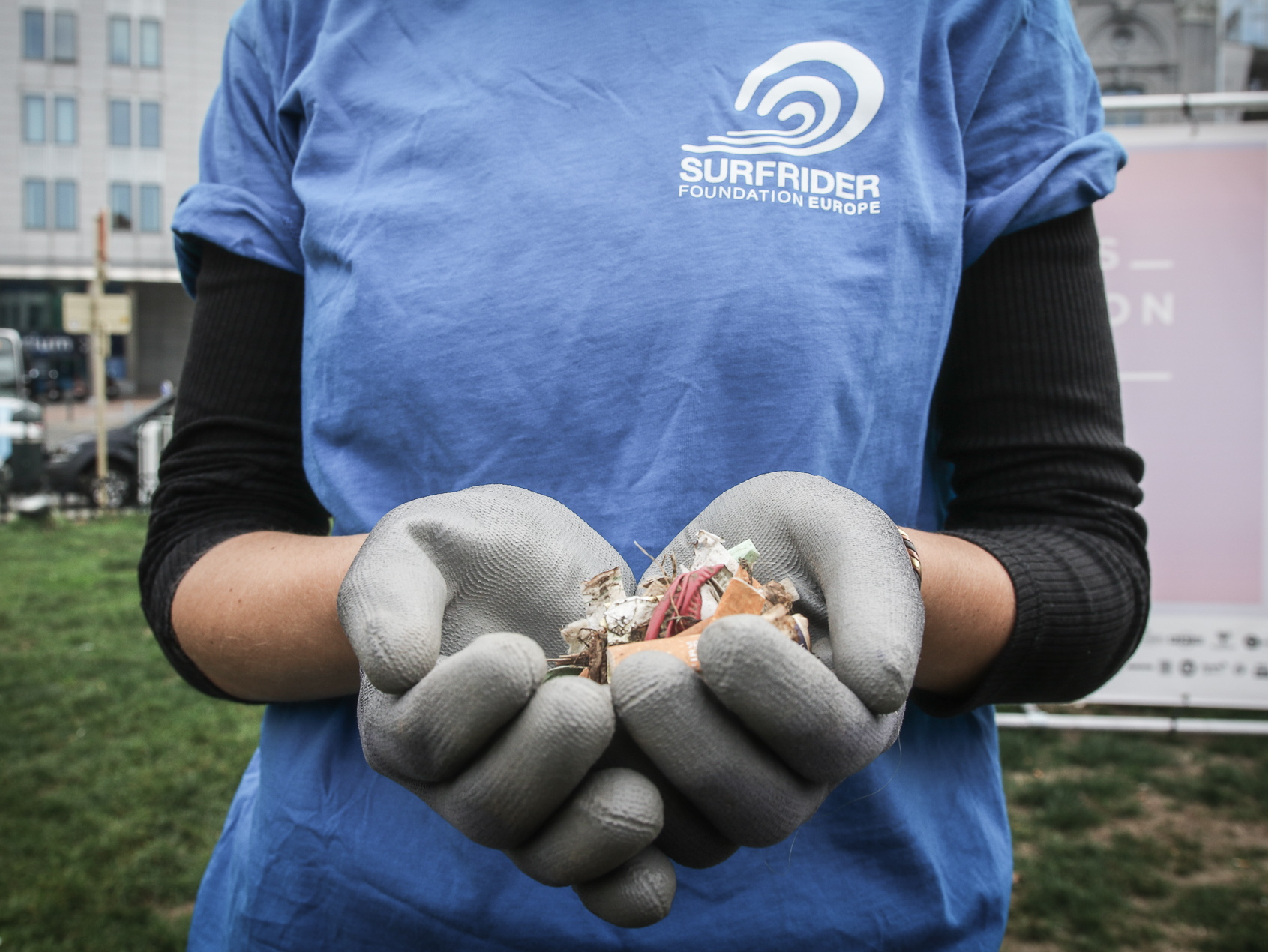 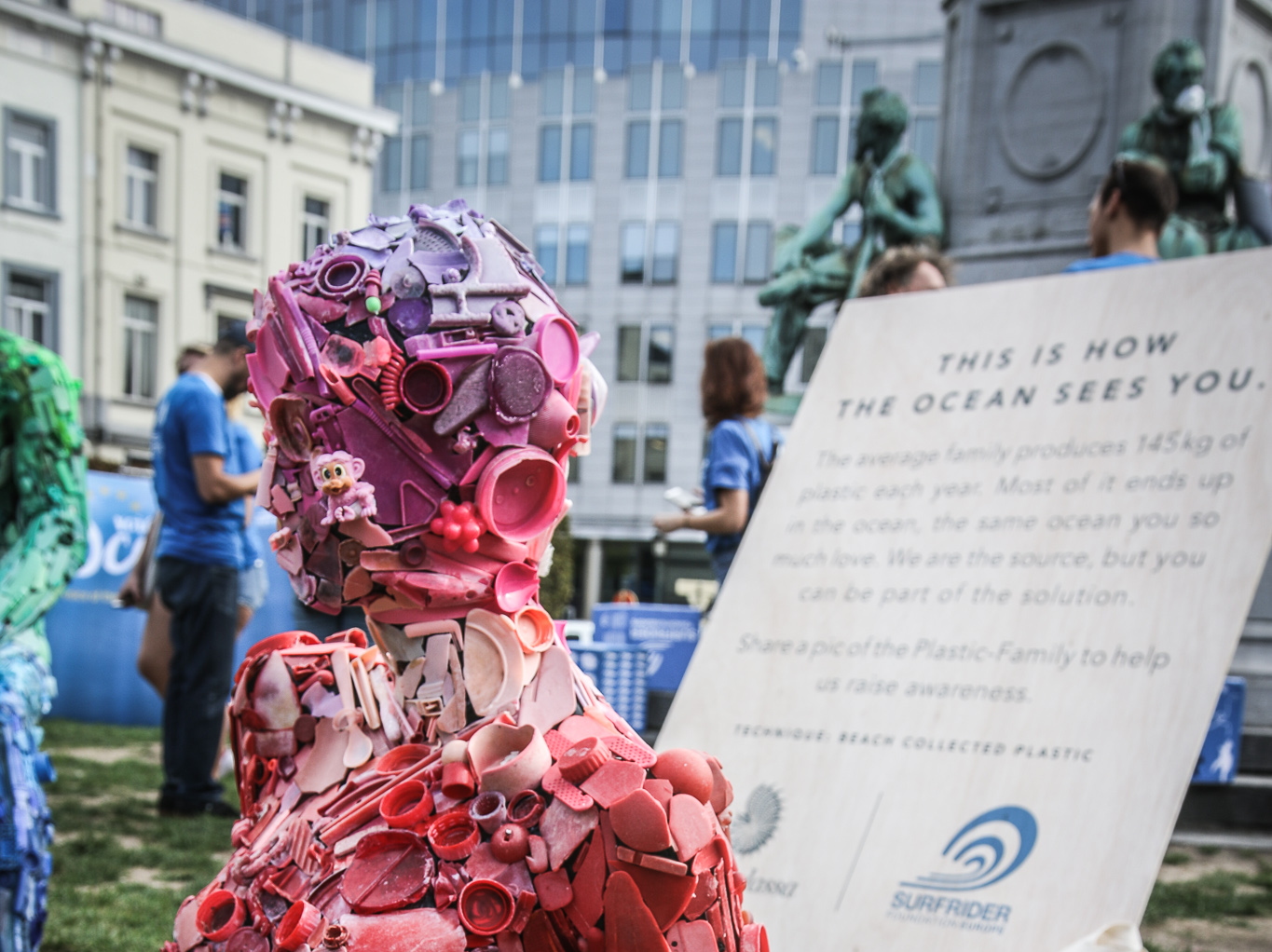 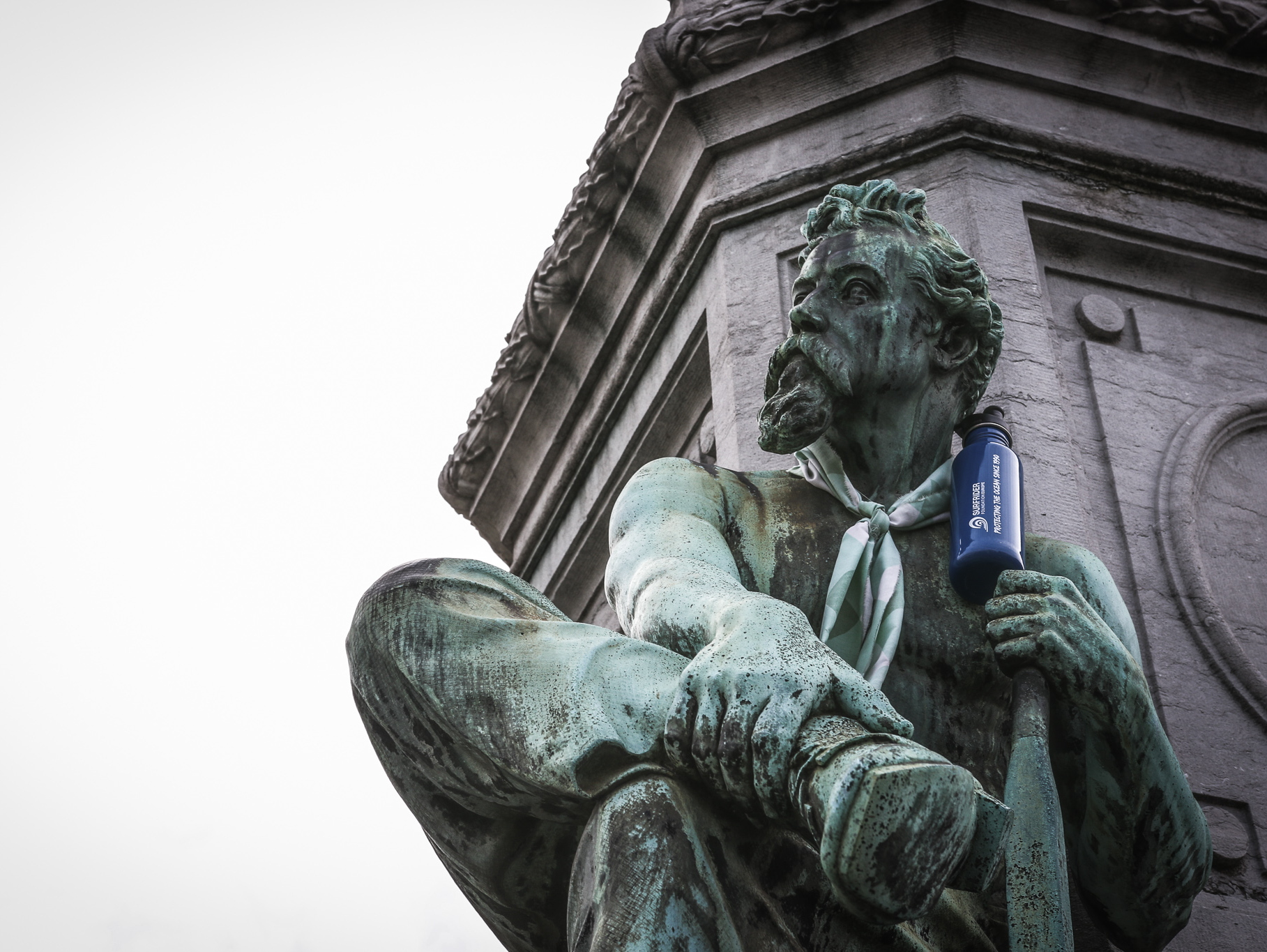 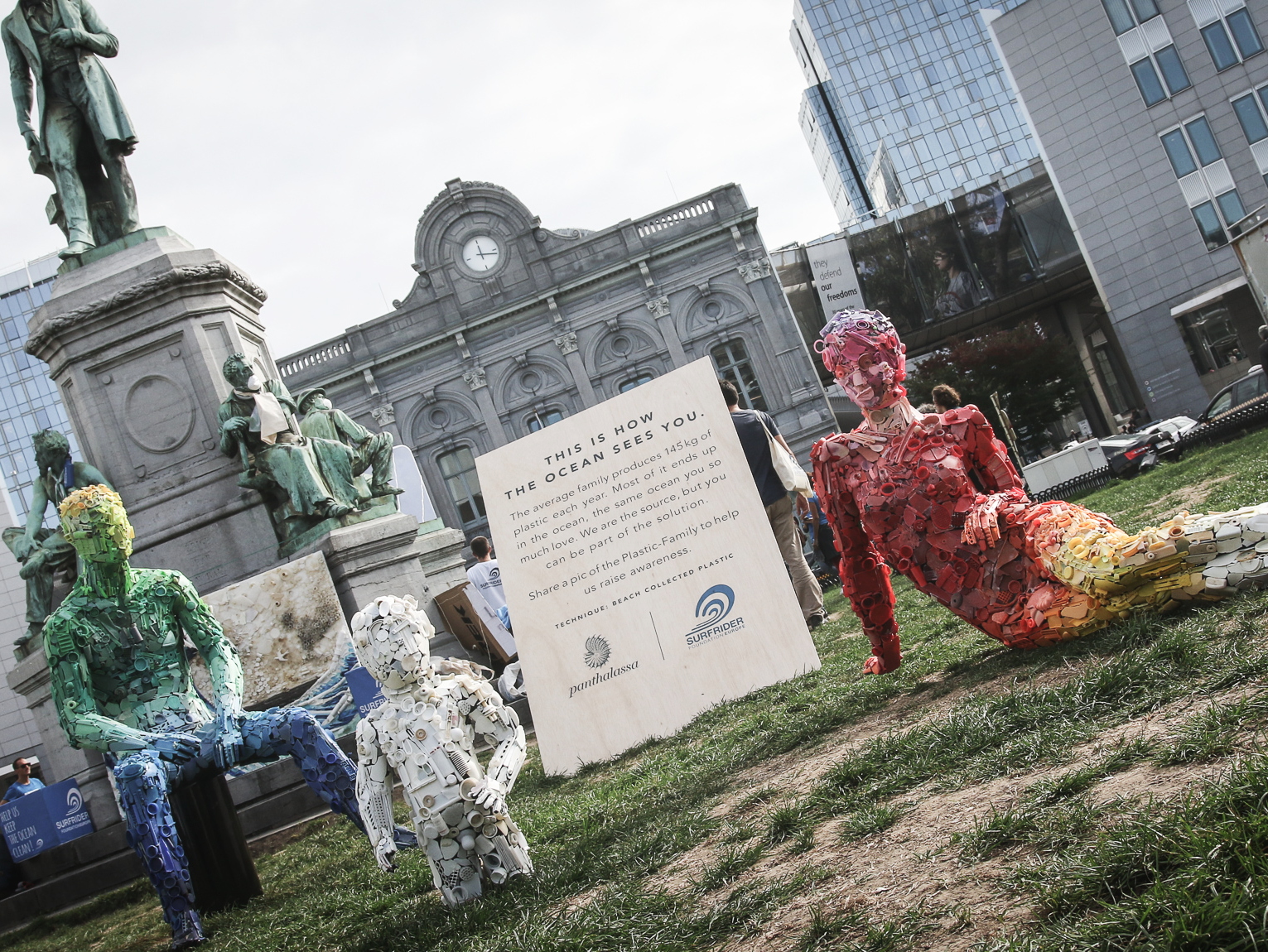 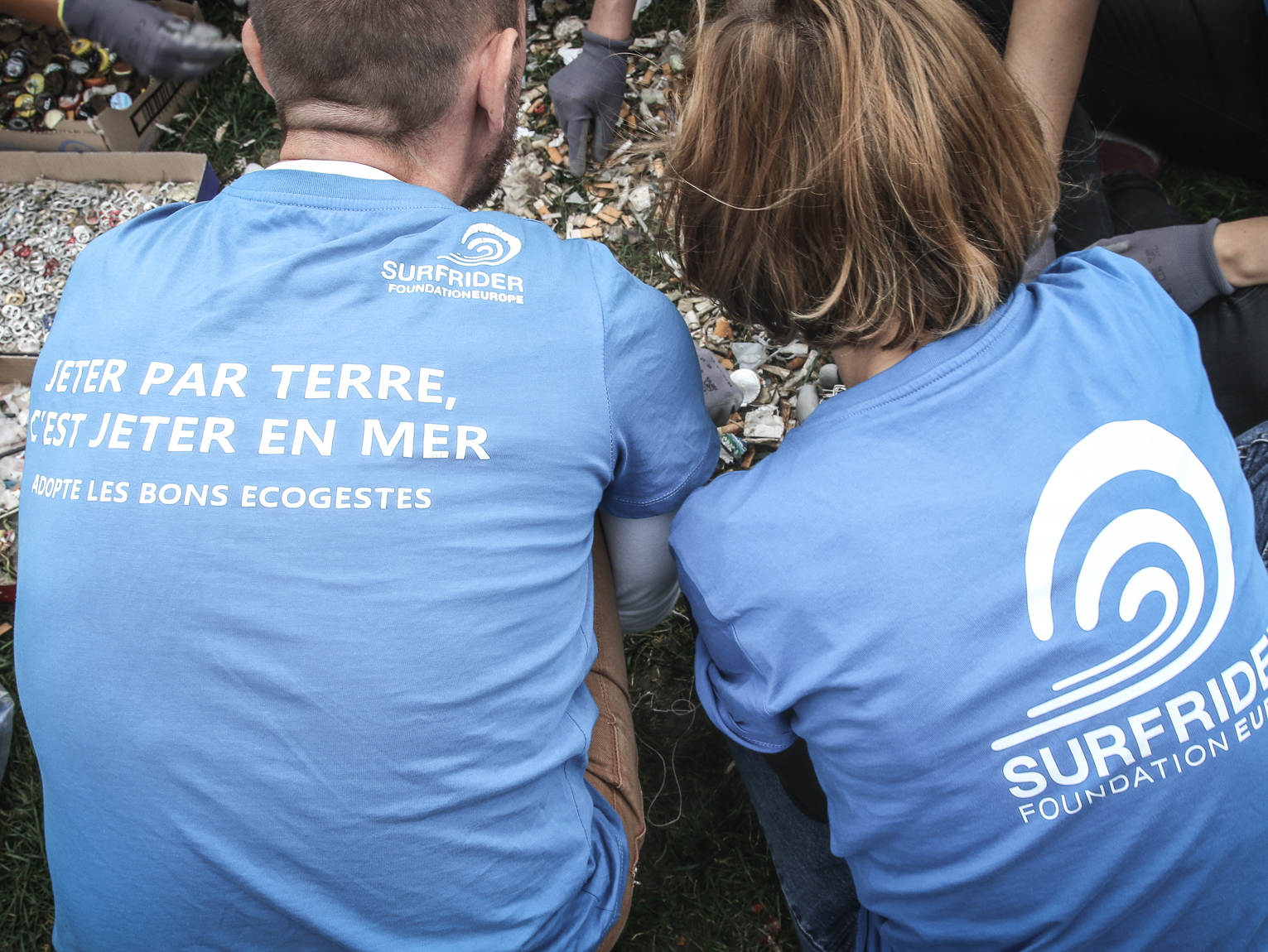 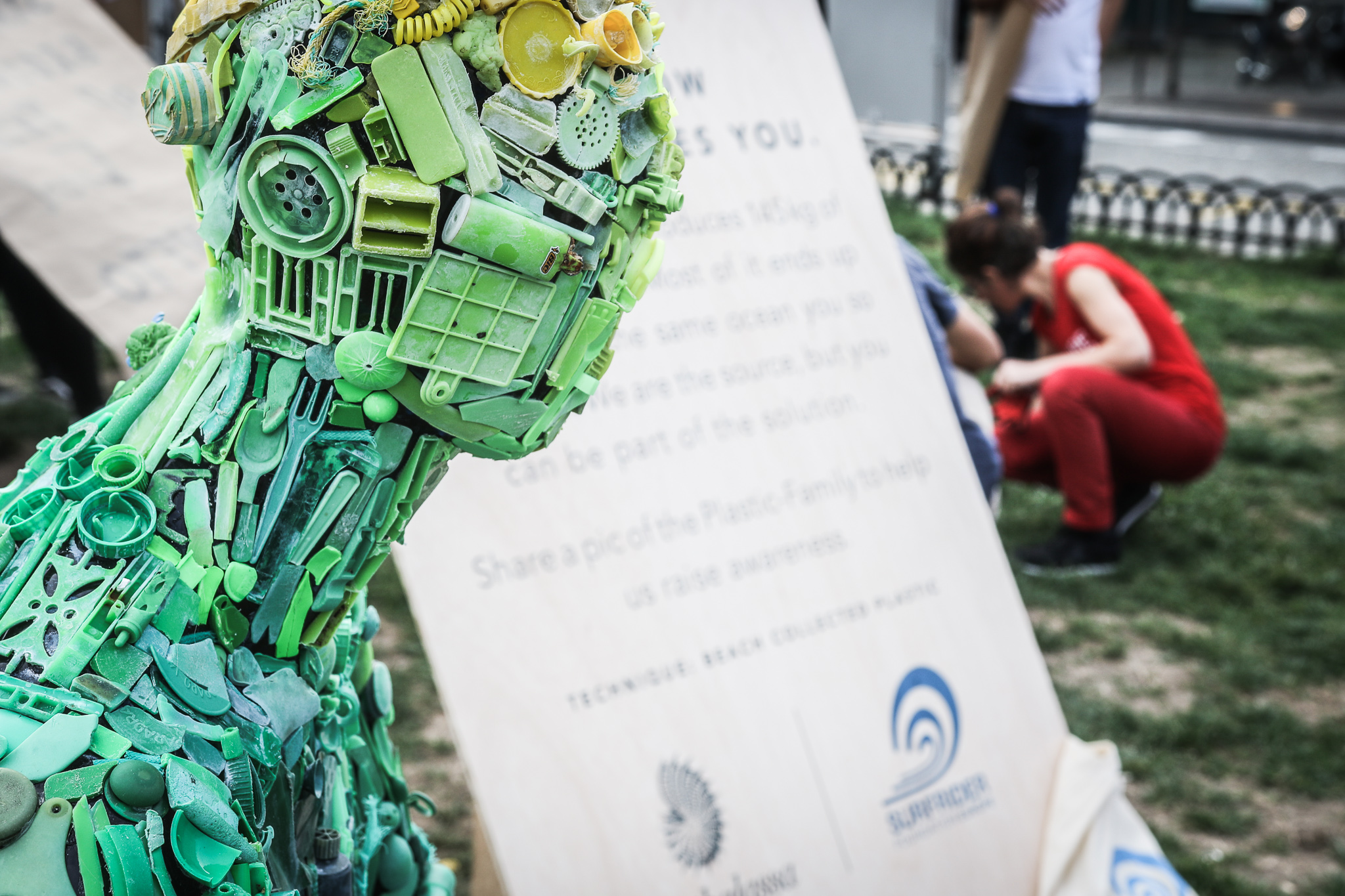 The Plastic Family has been made out of plastic trash found on the beaches of the Basque Country (Spain & France) by Panthalassa Society members Rebecca Kudela (Sea and Gather), Daniela Garreton and Panthalassa founder Sergio Penzo