On a NASA mission with Zaria Forman

The planet has been shedding sea ice at an average annual rate of 13,500 square miles since 1979. Southern Patagonia Glaciers are losing 20 billions tons of ice annually. 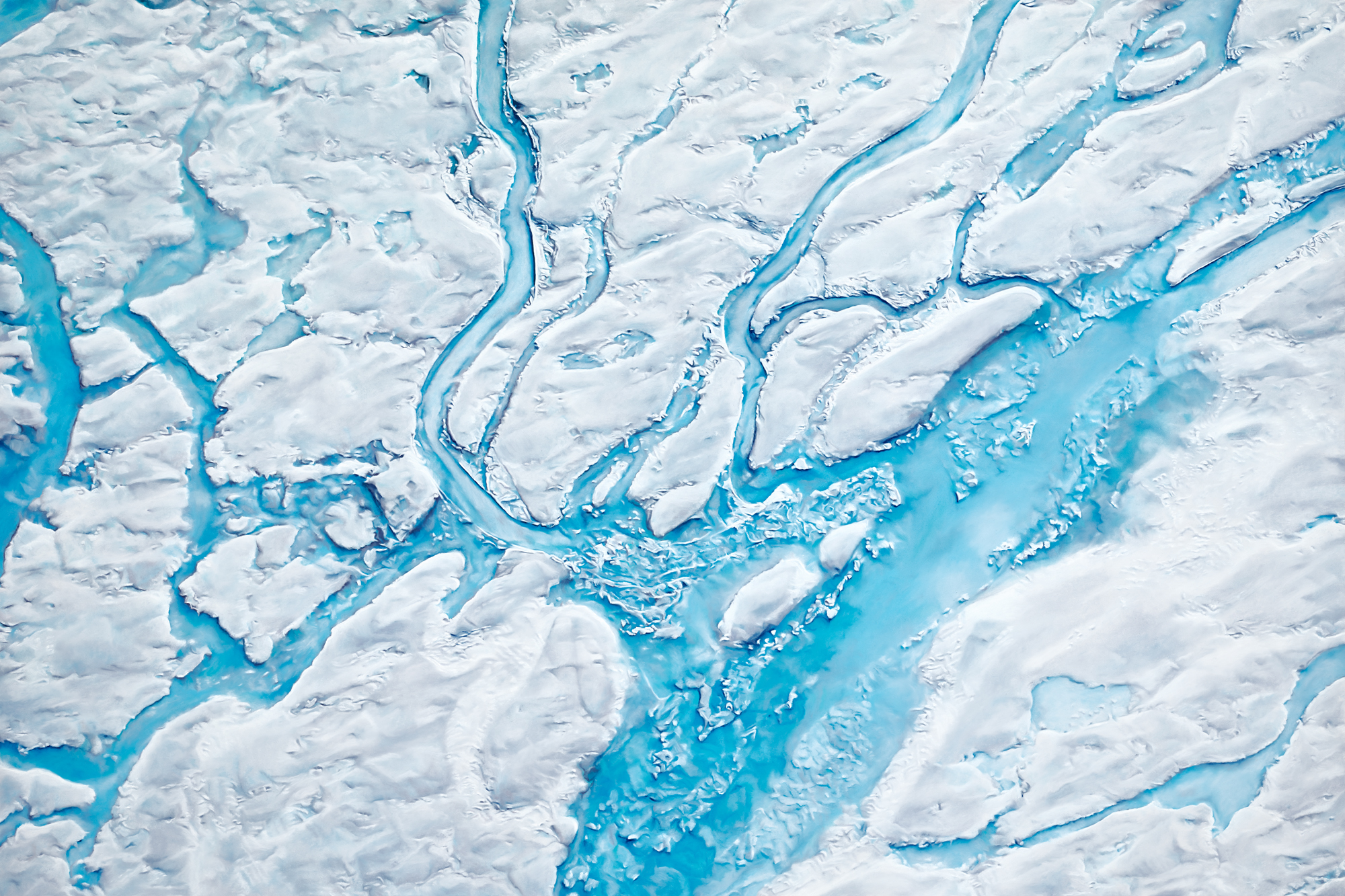 Zaria Forman is one of the most inspiring artists we've had the opportunity to meet. Two years ago, we exhibited one of her large piece of art in Guéthary, France, in presence of the artist. Throughout a collective exhibition, we had the chance to celebrate the official inauguration of Panthalassa and introduce the Panthalassa Society, our global network of contributors. Since that day, Panthalassa is deeply attached to the evolution of Zaria's work, always using creativity as a tool for climate action. Her work keeps on revealing untold stories and embody the power of art. Last year, in another attempt to create awareness around climate change, Zaria Forman accepted NASA's invitation to take part to their IceBridge operation, which for the last decade has been mapping the geometry of the ice at both Poles. "I travel to the Polar regions to capture the unfolding story of ice melt. My images overflow with details to draw the viewer in, and transport them. These landscapes are fairly inaccessible, so their environmental issues may seem remote or abstract. I work on a large scale to recreate the wonder of witnessing an iceberg up close."

In 2016, Zaria Forman spent a total of 70 hours in the air, over 26,000 miles flying over Patagonia from Santiago to Punta Arenas, Chile. She witnessed Antarctica's vastness and reached some of the most difficult places to get to on earth, like Hull Glacier on the Ruppert Coast. She came back with thousand of pictures where cracks and giant crevices are visible, symbol of complex and rapid change occurring just beneath the surface, like fast moving ice. Once again, Zaria used her large scale drawings as records of landscapes in motion in order to bring awareness to ice melting. We called the artist to know more about her latest body of work and her new adventure around the globe. Here's the story. 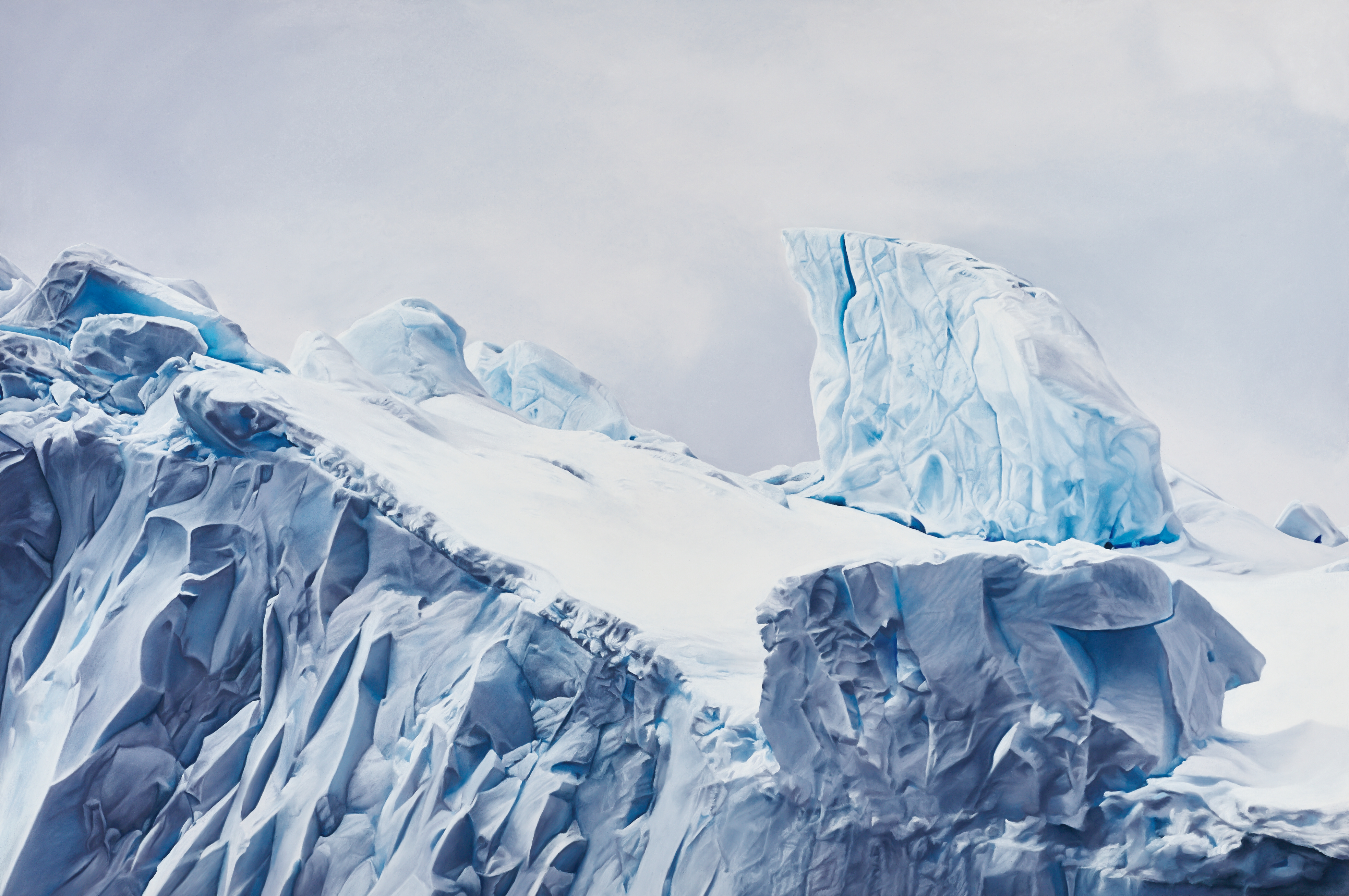 "I fell in love with remote landscapes at an early age. My mother, a fine art landscape photographer, led the family on expeditions to the most far flung places she could find. I developed an appreciation for the beauty and vastness of the ever-changing sky and sea. I loved watching a far-off storm on the western desert plains, the monsoon rains of southern India, and the cold arctic light illuminating Greenland's waters. These travels cemented my fascination with water in all its forms. My first trip to the Arctic in 2007 opened my eyes to the severity of the climate crisis, which has been the focus of my work ever since.

I flew on several 12 hour flights, soaring just 1,500 feet above glaciers, sea ice, and mountaintops in Antarctica and the Arctic. While the science team operated a complex suite of instruments, I observed an entirely new perspective of ice, which has been the focus of my work for six years.

The data collected on IceBridge missions provides crucial information about how ice loss is occurring, and what these changes mean for sea level rise. Findings from the project are alarming, and yet our global community is not responding with appropriate urgency.

Behavioral psychology tells us that we take action and make decisions based on our emotions. Art has a special ability to tap into emotions. My latest body of work, "Aerial Ice," will be a series of large scale drawings inspired by my flights with NASA, offering viewers a perspective of polar ice that few people have witnessed. The drawings will help communicate IceBridge’s findings, translating scientific data into an accessible medium that resonates emotionally.

Ice as a subject matter continues to excite me. An entirely new visual vocabulary of ice was revealed to me from the air; surfaces, fissures, and crevasses I had never seen before. I am eager to discover how to render these new shapes and textures in soft pastel. A plethora of geometric patterns take shape in the ice when seen from above, encouraging me to explore compositions unlike anything I’ve ever before considered." 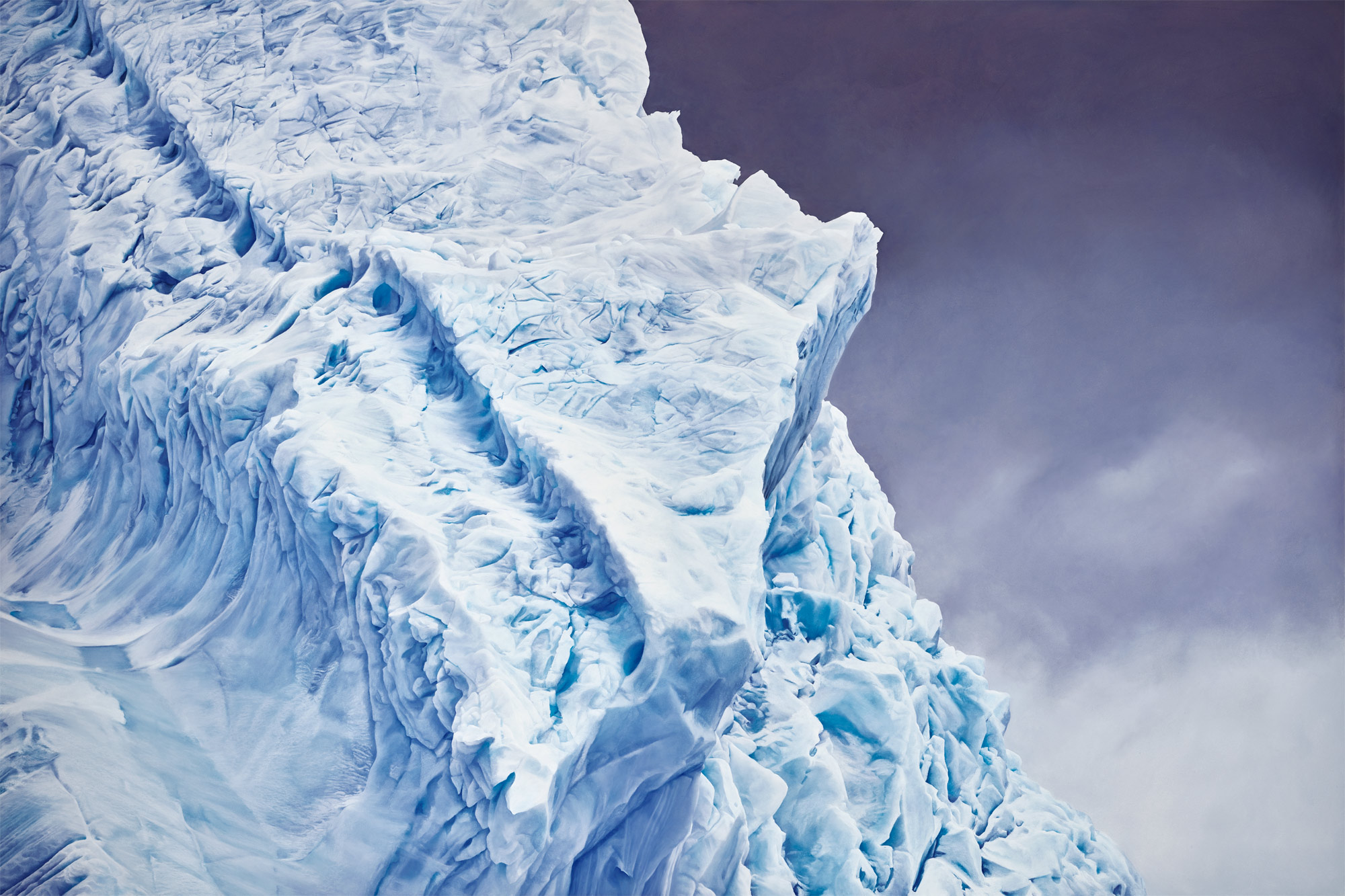 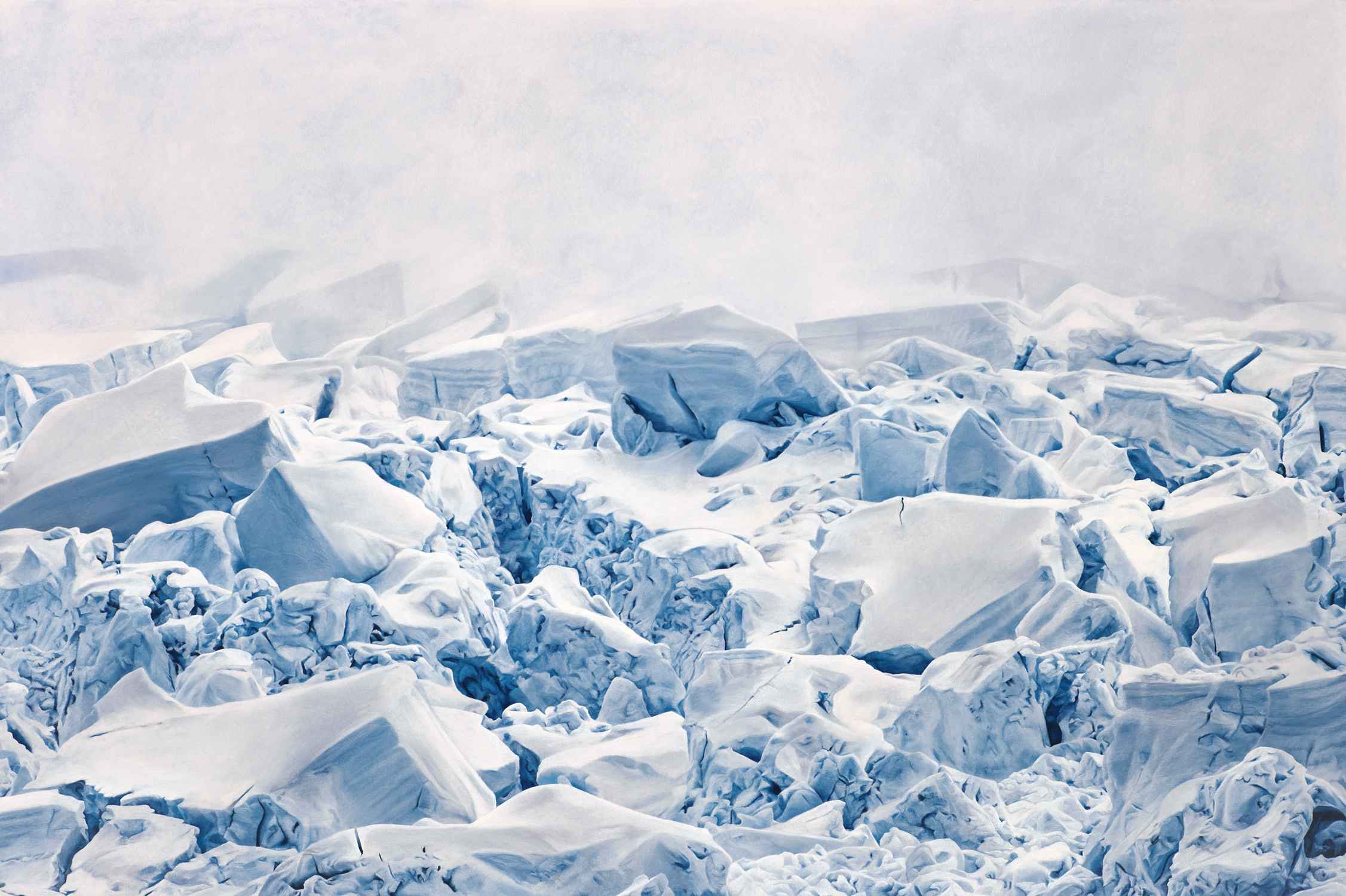 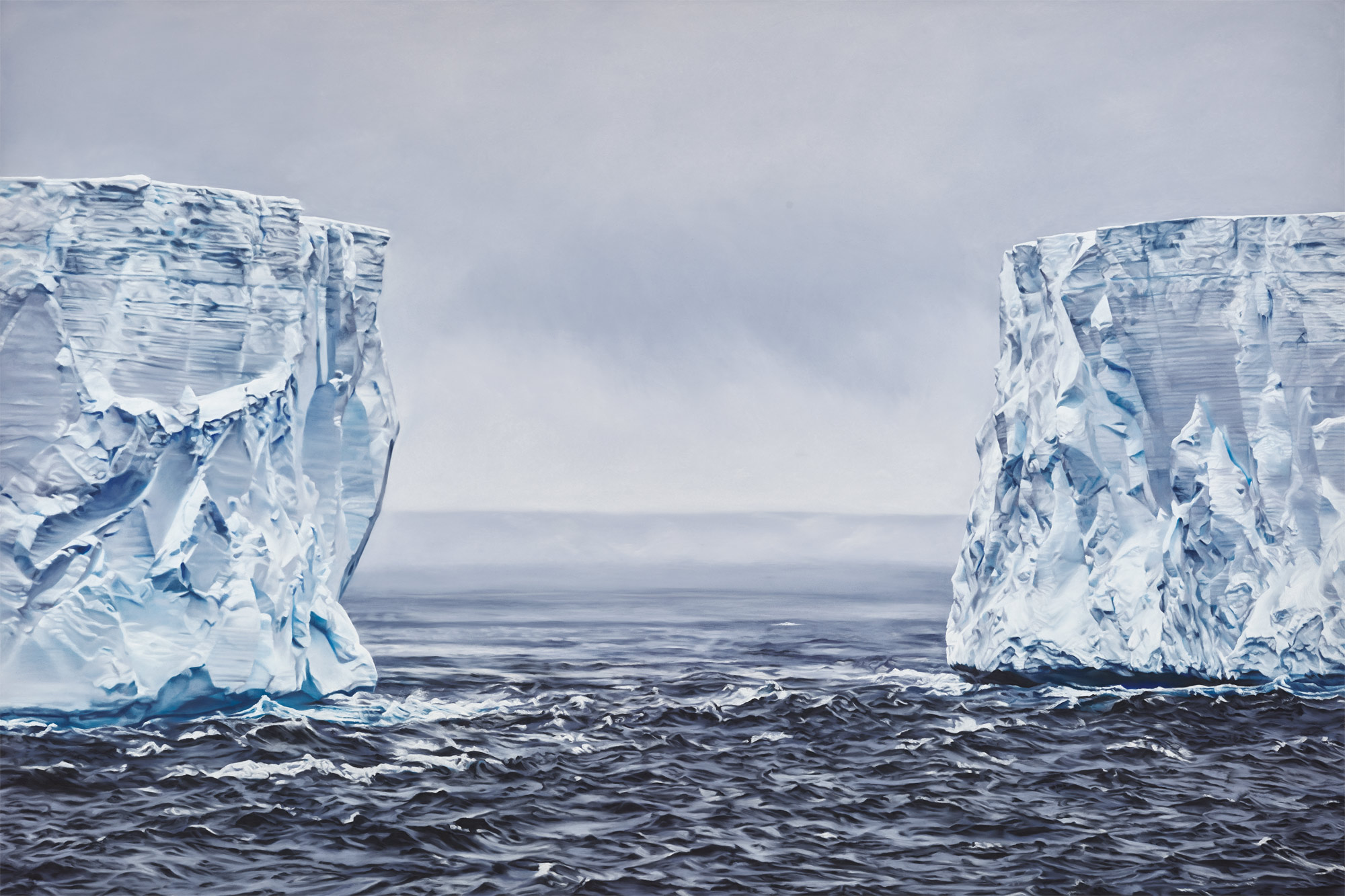 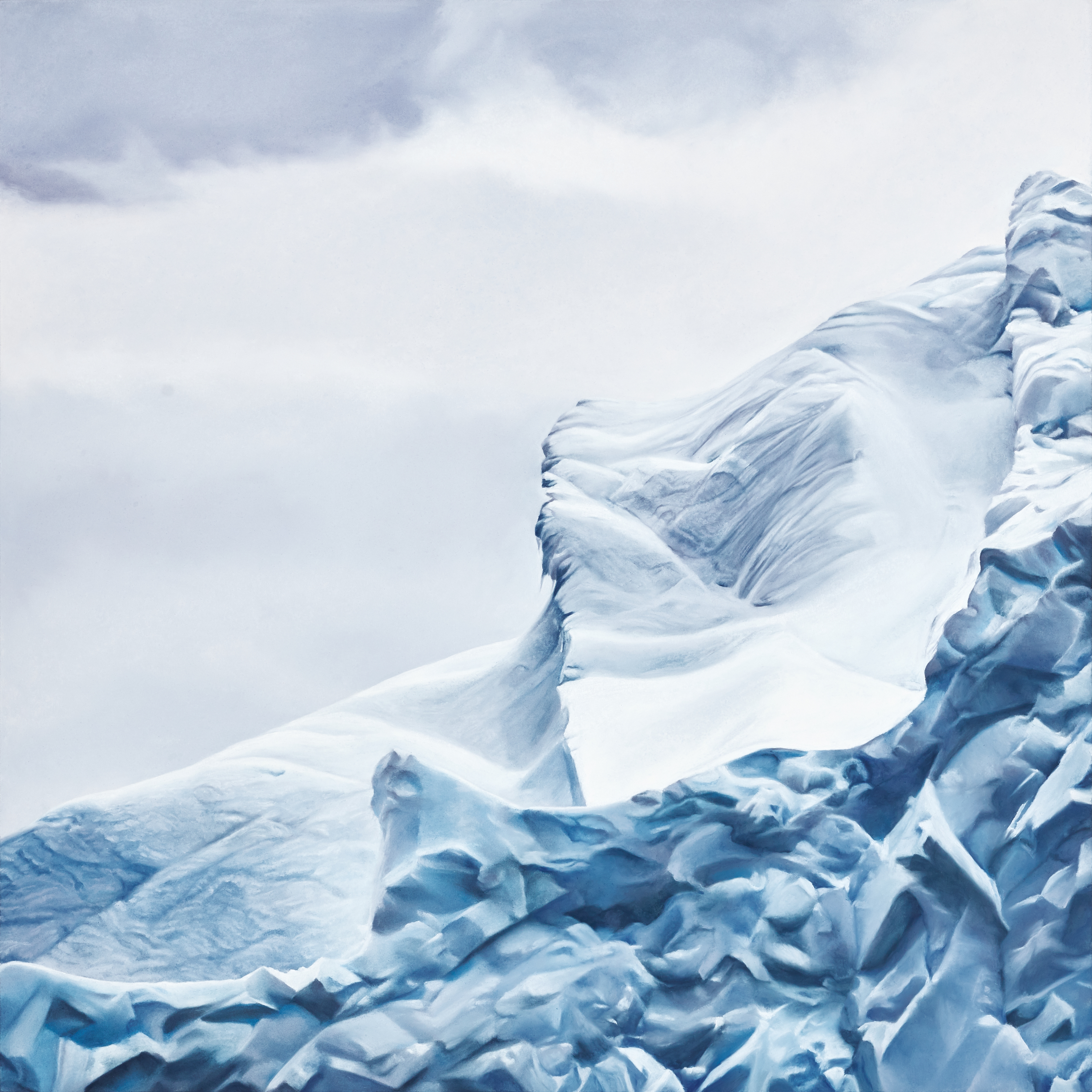 Zaria Forman will exhibit at Pulse Art Fair in Miami this December 7-10, 2017.