The aesthetics appeal of surfing by Thomas Lodin

It’s like when choosing a surfboard. Most of the time, I opt for cameras that carry an interesting history and unique design. 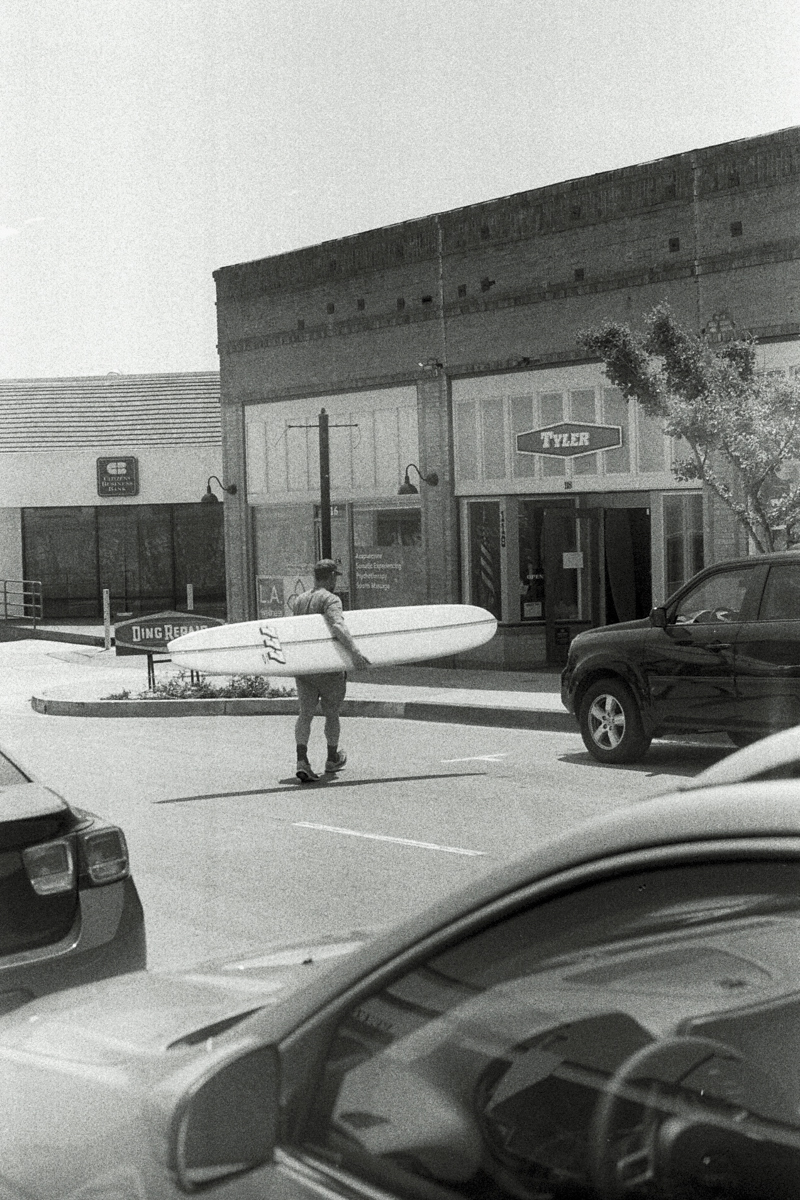 Fun fact. Nantes-born photographer Thomas Lodin doesn’t call the ocean, the ocean. « We call it the sea, it’s always been like this. » Thomas discovered surfing thanks to his brother when he was 16. Before that, he was playing around with his BMX bike, dreaming of becoming a pro and traveling the world. « But since I got my very first surfboard, I never stopped. I quitted my graphic arts school a year before getting my diploma and I moved to Biarritz. It was 5 years ago. »

Today, Thomas belongs to the small network of artists whose work and adventure are great to watch and follow. « In Biarritz, life is a bit different everyday. Beyond the simple fact of checking the forecast, planning some photoshoots or photos just for fun, I spend a lot of time behind my screen, never far from my notebook. Treating the images, planning the next shoots with clients depending on our schedule, developping pictures, sending orders and thinking of future ideas. That’s what my weeks are about. » We sat down with French photographer Thomas Lodin to discuss his art, the process that he uses to make it, his shared love for digital and analog photography, his passion for old surfboards, his trips around the world, collaboration with France-based Oxbow brand, and his coming projects like « Impressions », a printed book project gathering a selection of 150 pictures taken along these past years. 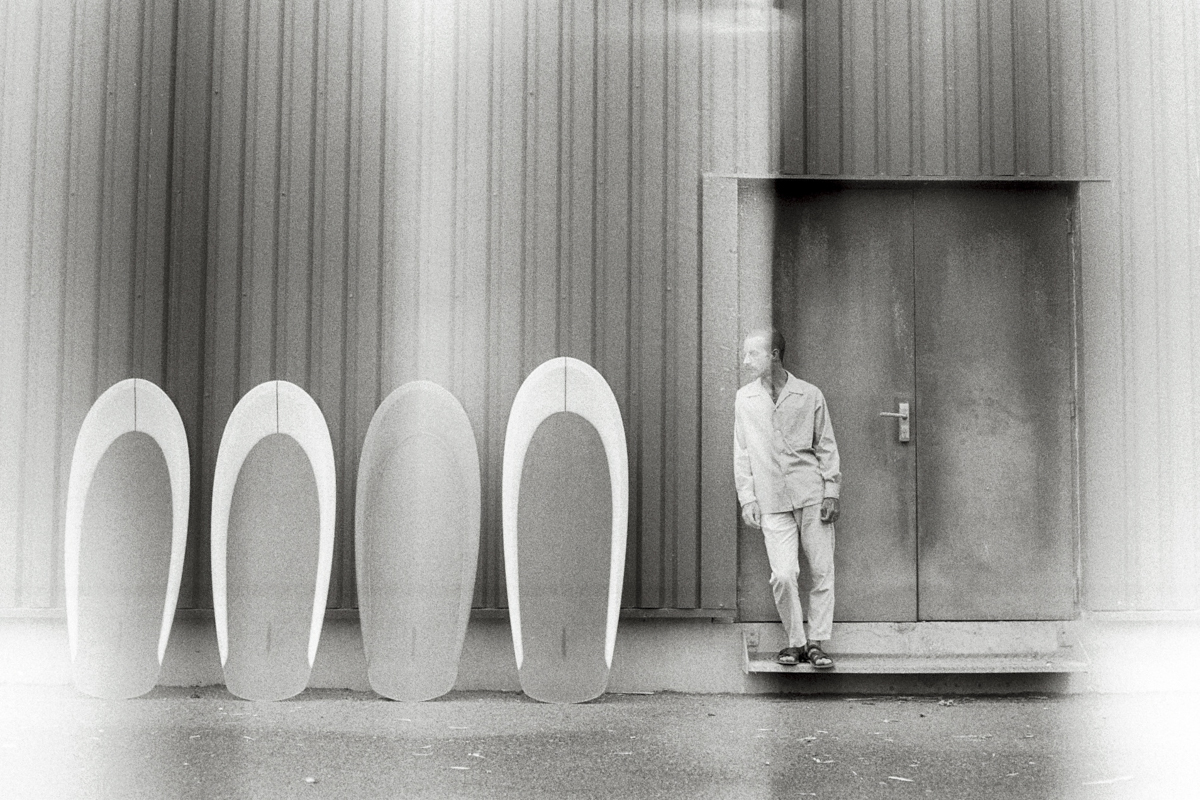 Either in the basque country, in California, Australia or Mexico, Thomas has this peculiar way of capturing the inner spirit of surfing. Inspired by the greatest icons of the 60s, his steady, unflinching passion for surfing remains relatively unchanged since the first time he took a camera. As art aficionados, ocean lovers and design amateurs, that’s what caught our eyes the first time we met. Thomas has a true fascination for images. « I have the same approach with surfing as with photography. I usually spend more time on the aesthetic aspect of a camera than on the technical side. It’s like when choosing a surfboard, » he says. « Most of the time, I opt for cameras that carry an interesting history and unique design. »

Digital or analog? That’s a question we dared asking. Fortunately for us, Thomas didn’t choose. Digital for work, analog for fun. We asked him to go back on this precious selection of 35mm shots displayed in this article. « These last rolls are mostly black and white pictures I took last year in Biarritz and during trips. The black and white rolls allow me to develop them myself cause it’s quite easy to do and I can save a bit money as well. I shot around 25 rolls and developed some in September. But the rolls ended up stating on top of my desk, » he explains. « So once the rain season arrived, I started to develop the 13 rolls left! These rolls represent generally the off moments while on shoots, on trips or just when with friends. Some have been taken during surf sessions in Biarritz, some others in Paris or during Baiona Bestak (Fêtes de Bayonne, France). Most of them were shot in California during my last trip, from Venice to San Onofre and Malibu, including a short visit in Mexico. I also got some pictures from the opening ceremony of the Blue Factory in San Sebastian and there are some views from New York as well while a shoot for Oxbow. » Thomas has been working as a staff photographer for the french brand called Oxbow for the last 3 years. « My mission is to create most of their visual content and bring a little thing to their brand image. That’s why I collaborate a lot with their ambassadors, especially with French surfer Clovis Donizetti. Before every new season, I also organize the collection photoshoots for their catalogue and lookbooks. We tend to head to coastal cities in order to link up clothes to the ocean, and bridge city and surfing. It’s always great to discover interesting places and see how humans adapted and developed their lifestyle ad activities depending on the continents and cultures. »

Thomas remembers his very first travel for the brand. A 10-days surf trip to the French island of Guadeloupe, just a month after signing with them. « We also left to California in 2017 before discovering the rough winter in Oregon. No sun for 9 days. We’ve also been chasing waves in Italy and our last trip was in Sweden in order to shoot the next winter’s collection. A nice discovery in terms of both landscape, culture and lifestyle. » The french photographer shoots with all that passes through his way. « I mainly shot this series (seen in this article) of analog pictures with a Canon AE-1 with a 50mm, as well as with a point-and-shoot Olympus mju camera including a 35mm lent by a friend. I also have a Nikonos II to shoot in the water, famous design coming directly from Cousteau’s mind in the early 60s, then Nikon bought it back. I also recently acquired a Russian camera, called Horizon, panoramic style that I can’t wait to try. I also shoot with a Pentax 6x7, quite massive but amazing. It’s not easy to carry it especially on trip due to its weight and format (120mm). » 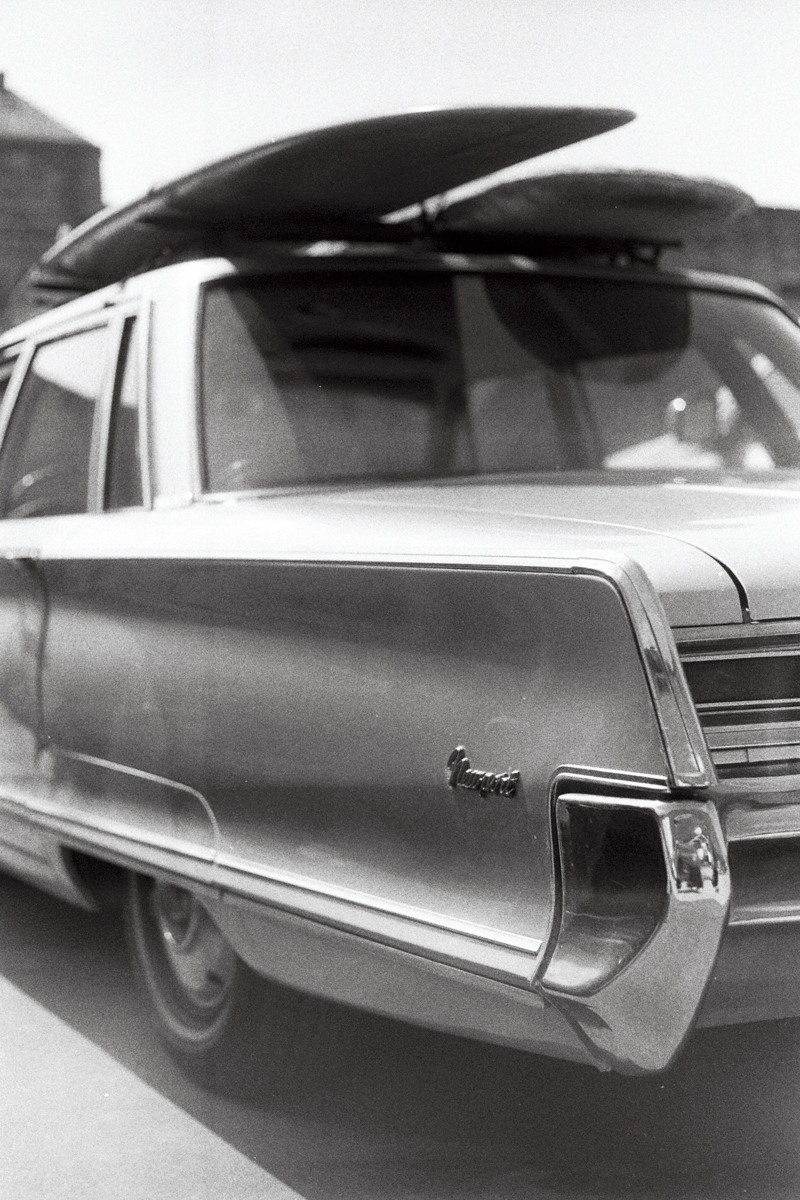 Weight and format are no big deal for Thomas as he draws inspiration from surf culture legends like Leroy Grannis who created some of the most memorable images that surfing has ever seen. « I remember the DVDs of the X Games and of « Nuits de la Glisse » (Night of the ride). At that time, as a teenager, surfing made me dream but I missed something. I didn’t look further than that at the time. I was hooked by this freestyle culture of BMX and its hectic aspect created from scratch by this american culture. I read the magazines and looked at those guys touring across the US. At age 13,in my teenager’s bedroom in Nantes, I imagined myself riding my bike and taking pictures of these crazy spots, » he says. « Later, I stumbled upon One California Day, which came out 10 years ago. It was probably my first  introduction to the story of longboarding. I wanted to dig into archives, portraits of unique characters in order to learn more about this historical grace of surfing. I discovered the work of Leroy Grannis, through Ron Stoner, Don James and Leo Hetzel. I’ve been blown away by their work. I remember the beach, the light and unique atmosphere from California and Hawaii, the crazy cars with amazing designs, testimony of a past era. Pictures from Arnaud de Rosnay in France in the 60s are also iconic shots. I like the soul of these shots and films, that’s why I slowly try to go back to these cameras, as well as with my surfboards, they both embody this era. I try to do it my way though. »

His way, that’s what makes Thomas’s work stand out. Recently he worked on a book project entitled Impressions. « Last year, I started to search in my external discs of these past 3 years, ended up with 4000 images that I found potentially interesting to use. Choosing the final selection has been a long and difficult process but I managed to gather 150 pictures, » he explains. « Then, I started the layout listening to some jazz to get inspired. After trying among 30 covers and starting from 300 pages, I finally have a final version. The book will be ready and out next week (mid-March, 2019)! » Biarritz-based Thomas Lodin photographer reminds us the aesthetics appeal of surfing and it feels good. 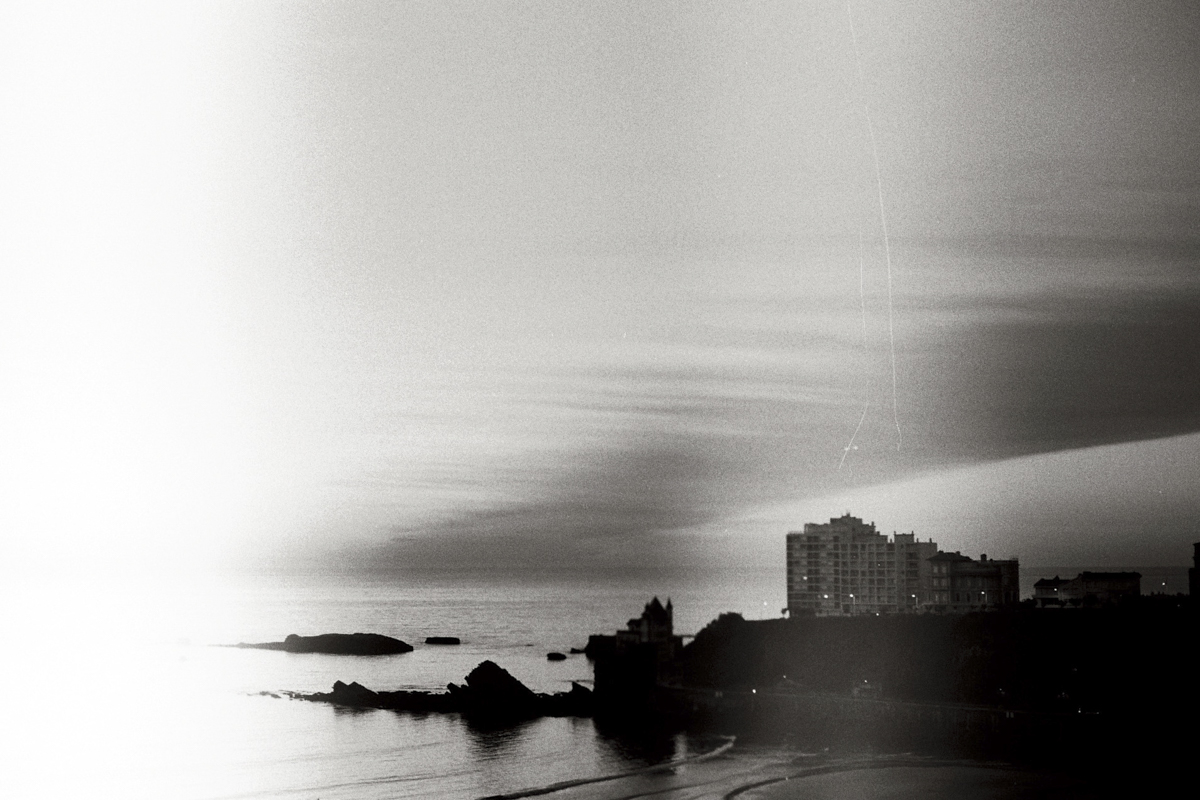 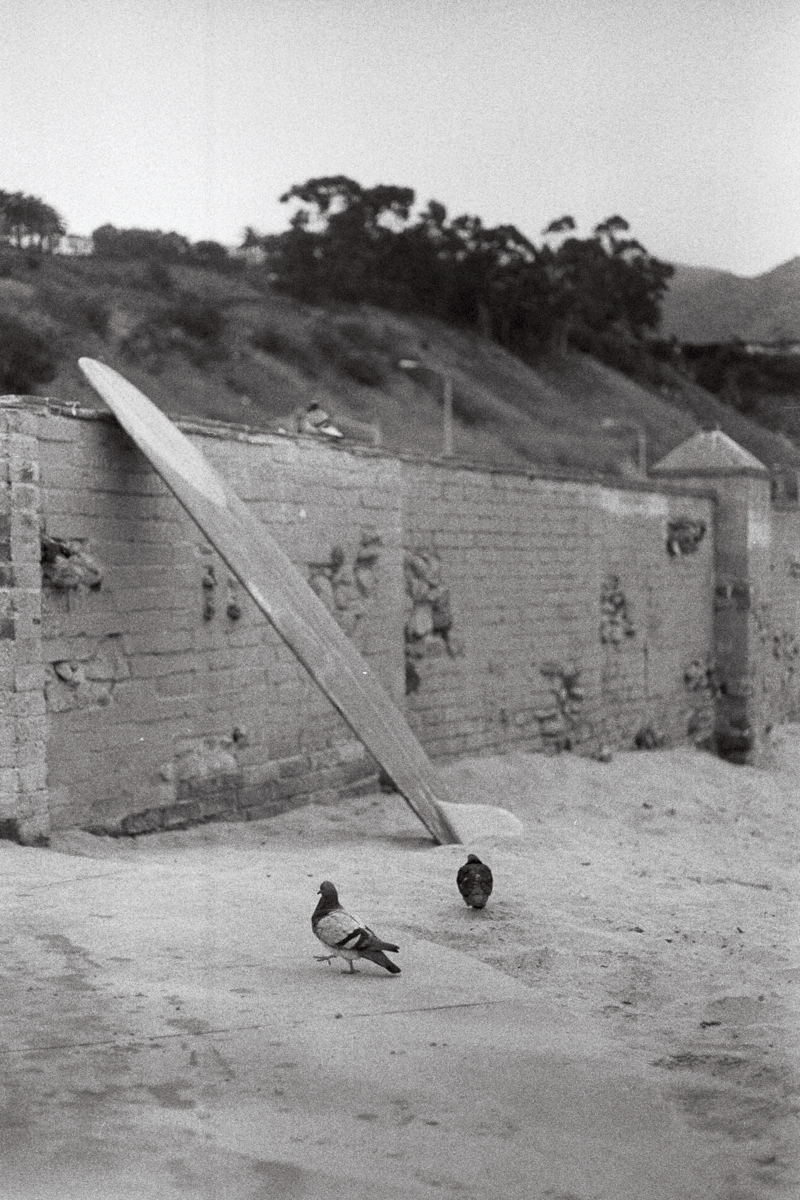 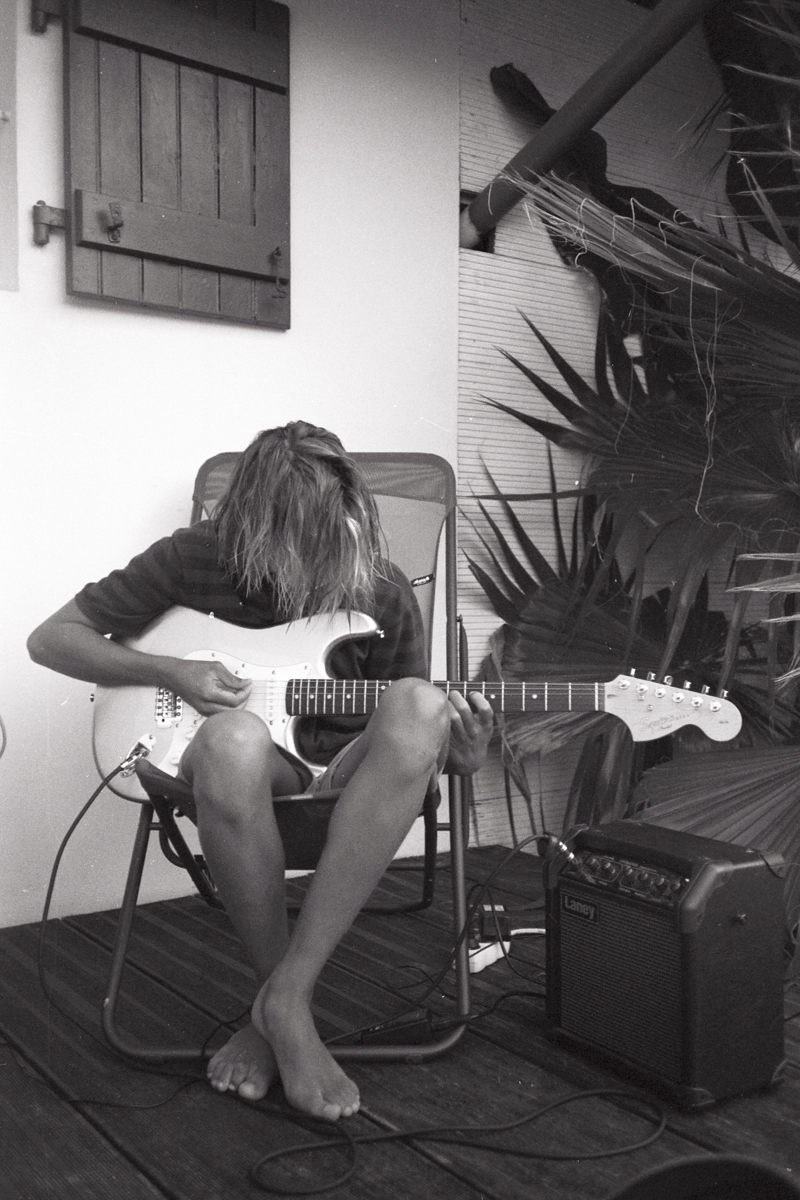 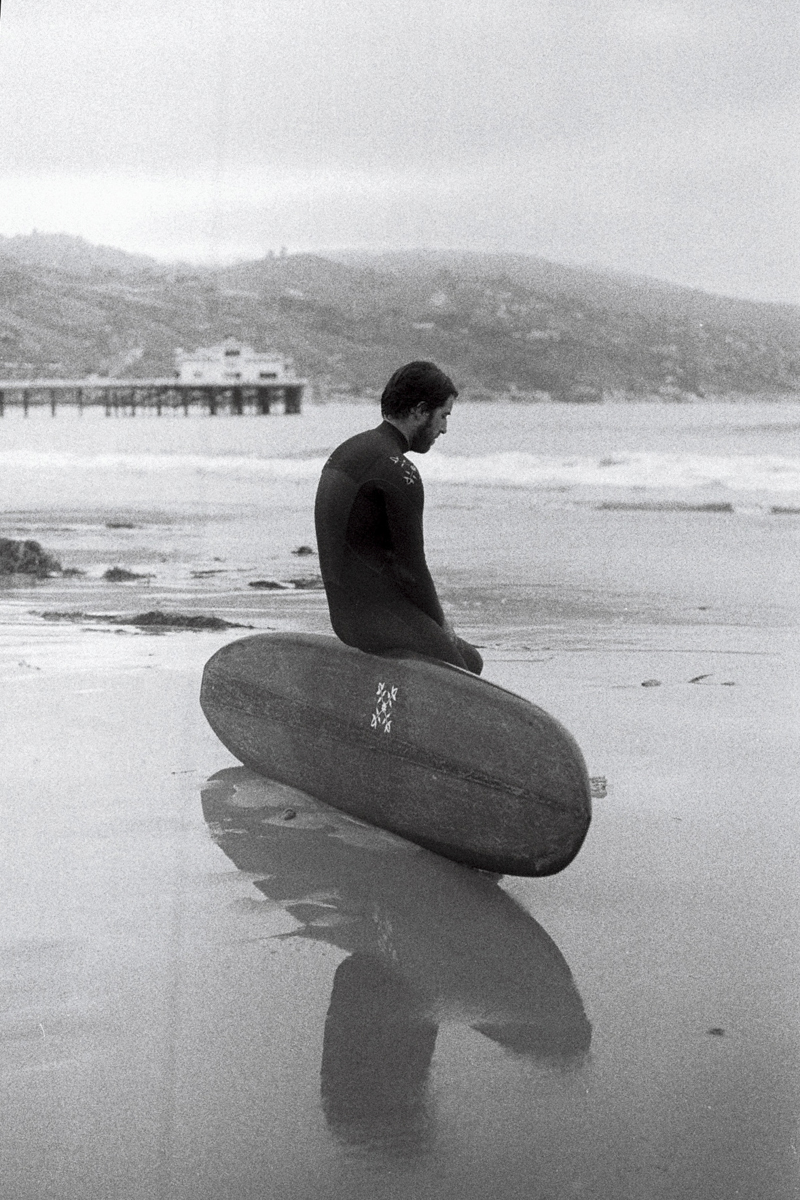 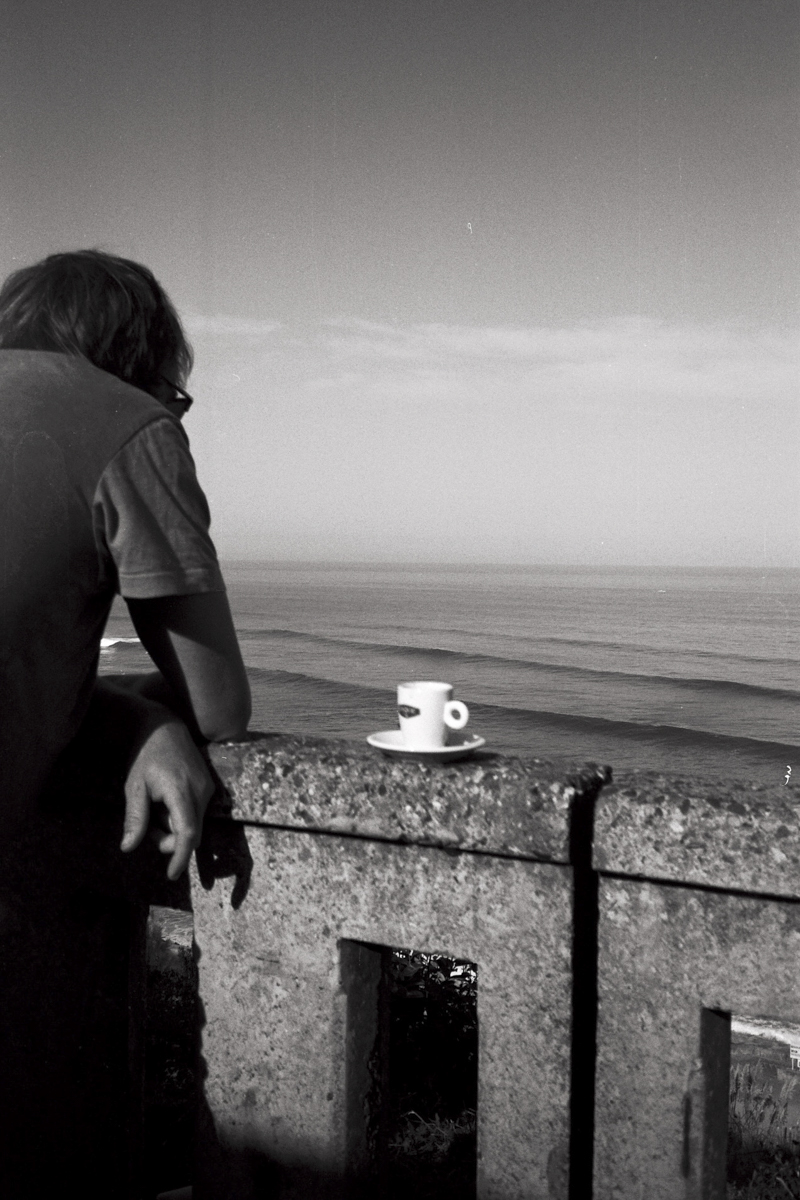 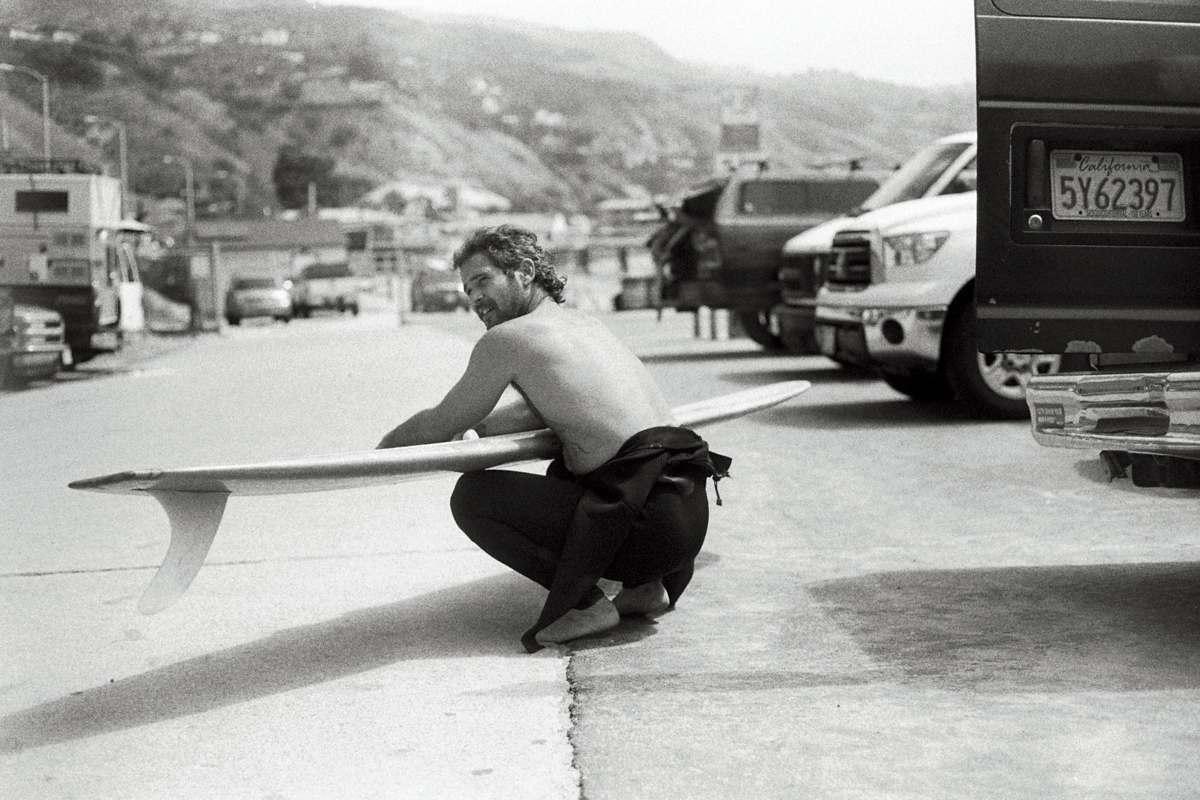 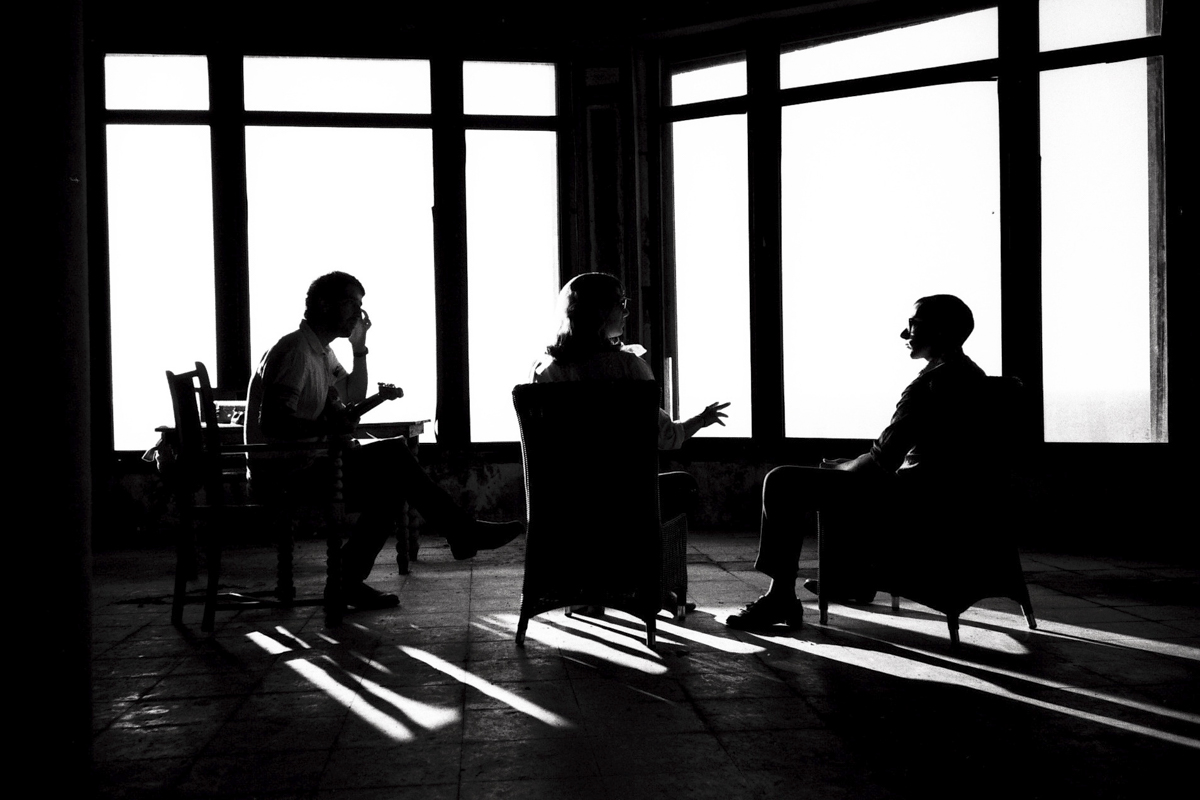 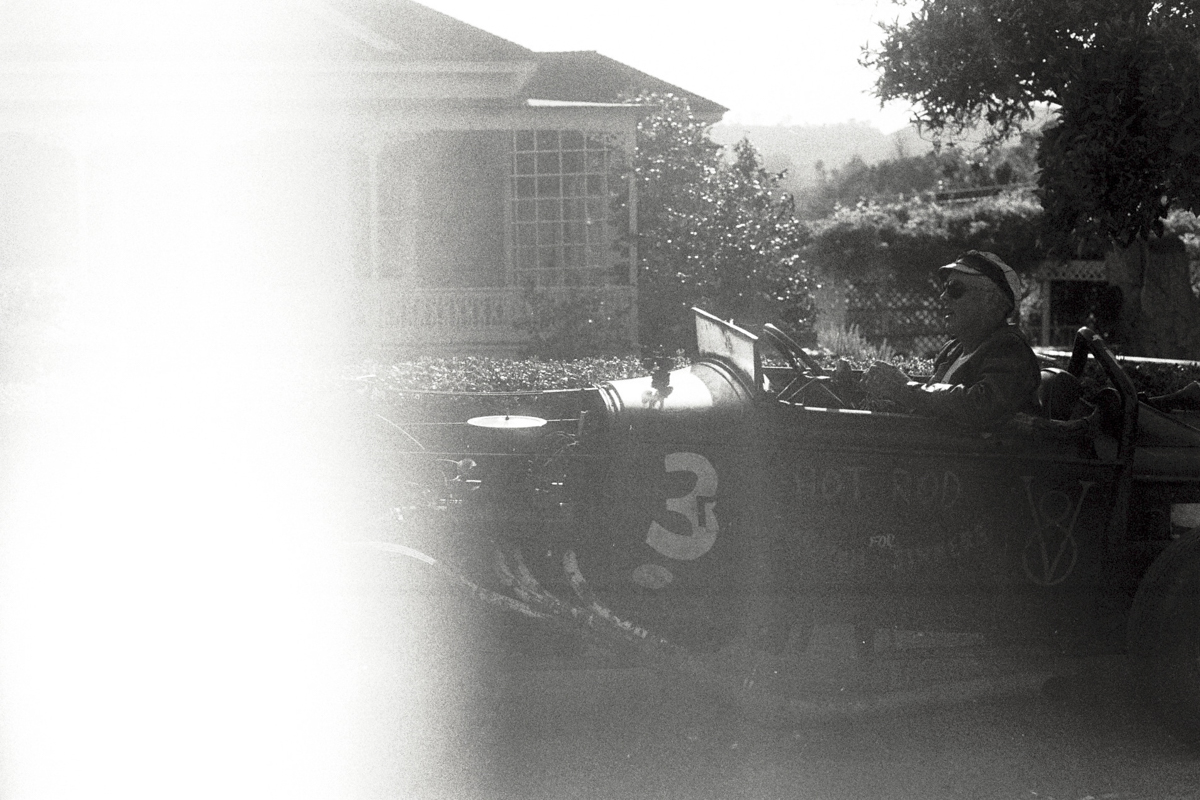 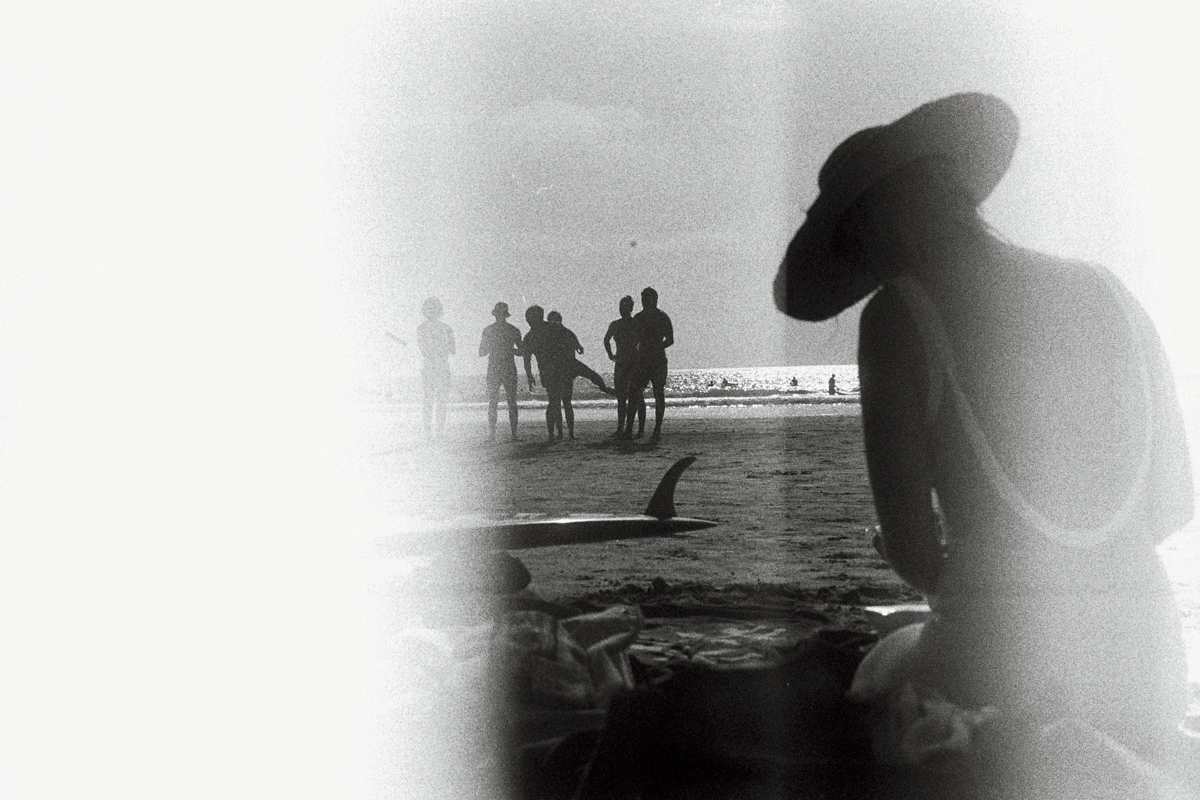 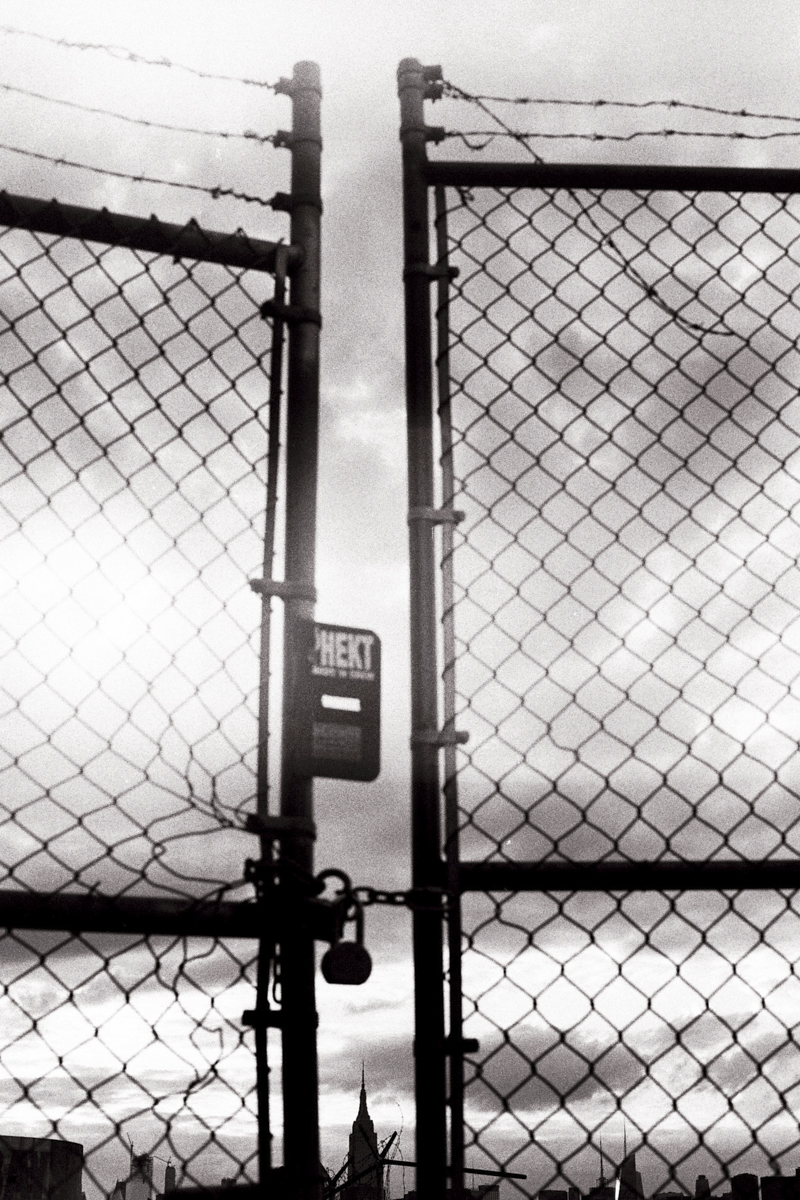