Winners of the 2018 Underwater Photographer of the Year

Diving with these magnificent predators is a privilege and offers incredible photographic opportunities to witness the symbiosis with pilotfish. 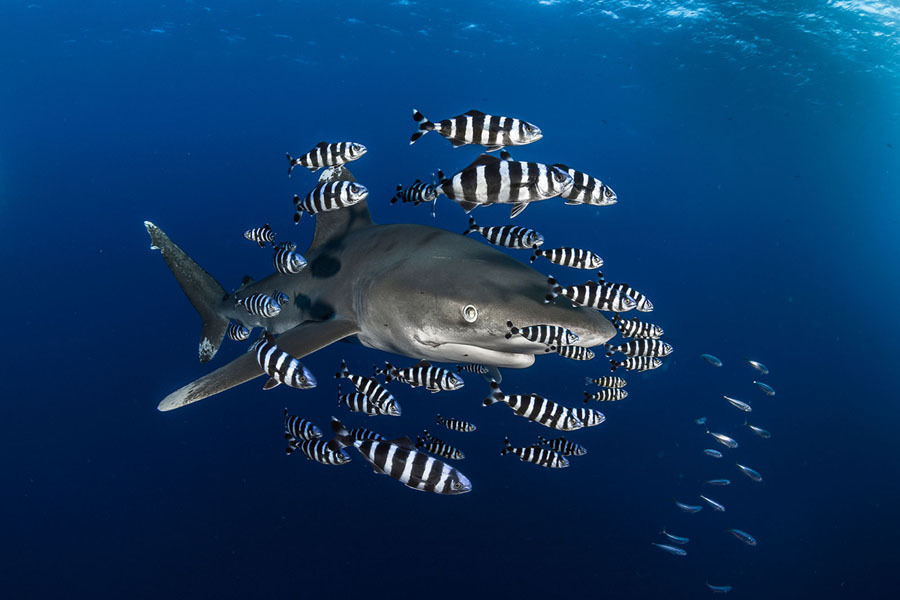 This year's competition saw over 5,000 entries from underwater photographers coming from around the world. Tobias Friedrich's stunning “Cycle War”, portraying a wreckage of World War II motorcycles and supply trucks, stood out from the crowd, and allowed him to take home the grand prize. Named Underwater Photographer of the Year, German photographer Tobias Friedrich is one of the thousands of photographers from around the world to have participated in the 2018 contest.

Snapped inside the cargo hold of the SS Thistlegorm, a British Merchant Navy ship, the stunning picture is like a glimpse back in time. “I had had this image in mind for a few years, but it is impossible to capture in one photo, because there is not space inside the wreck to photograph this scene in a single frame,” explains Friedrich. “My solution was take a series pictures and stitch them together as a panorama.”

Affectionate swans and a curious otter in Scotland, humpback whales in blue waters, migrations of thousands of mobula rays along the coast of Baja, California, remarkable wrecks off the coast of Egypt, seawater crocodiles in Cuba, a large cave system in Yucatan, Mexico, whales in Tonga... Each picture is a story to be told.

"In recent years, oceanic whitetip sharks have become rarer in the Red Sea but they are back around the offshore reefs of Egypt," said French photographer Greg Lecoeur, which won third place in the British Waters Wide Angle category. "Diving with these magnificent predators is a privilege and offers incredible photographic opportunities to witness the symbiosis with pilotfish. Curious, confident, and inquisitive, they do not hesitate to approach the divers and I was able to capture this image on our decompression stop."

In collaboration with Underwater Photography Magazine, the UPY team have created a Yearbook, bringing together 2018’s winning images, their back-stories, and judges’ comments. 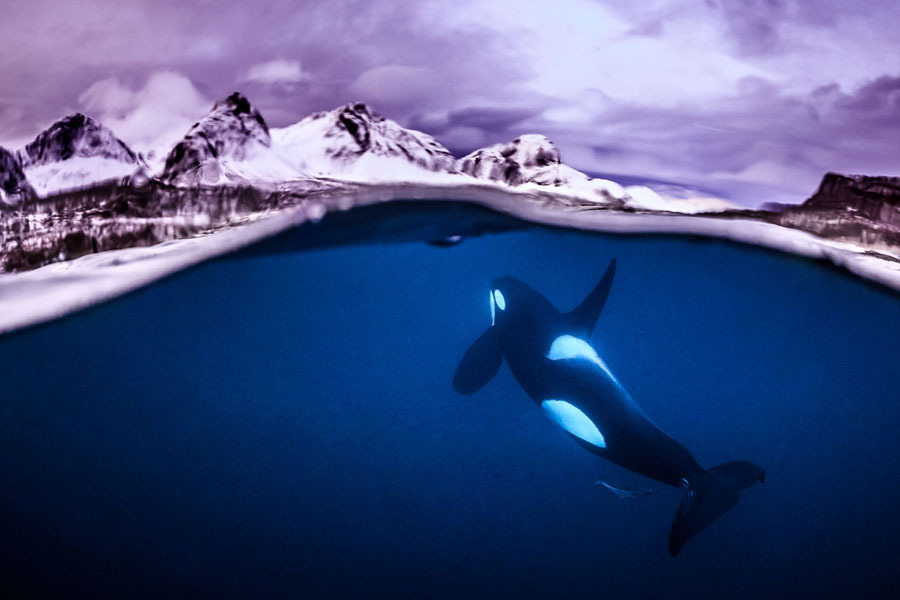 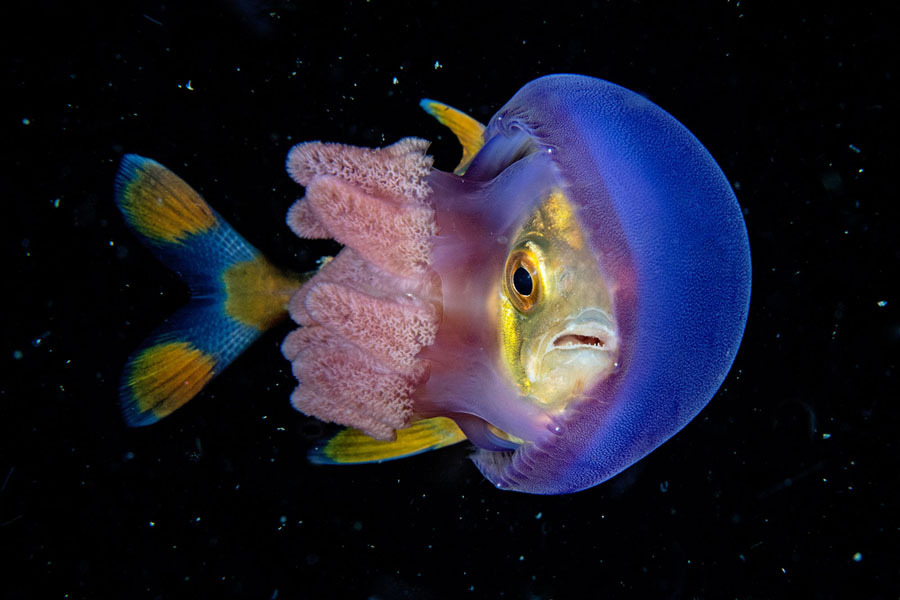 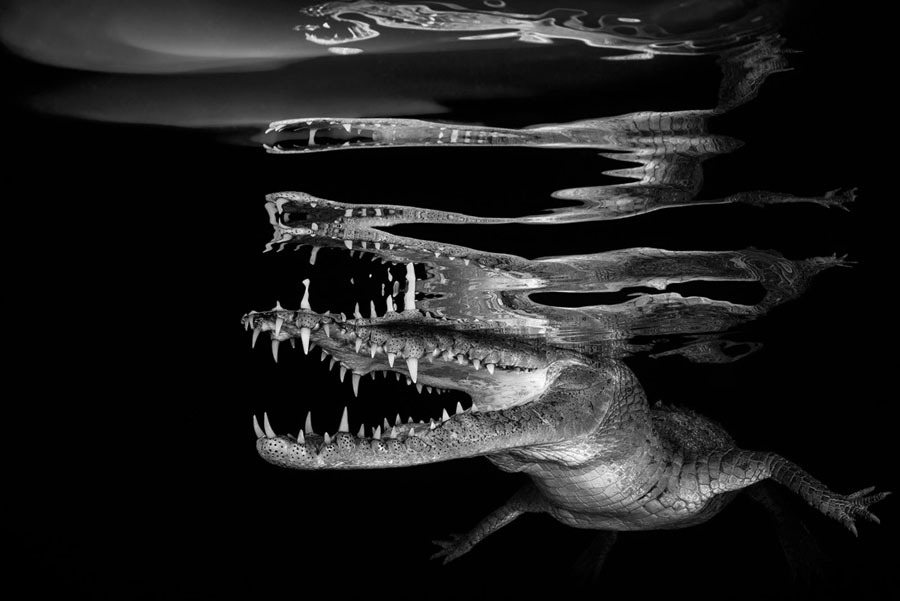 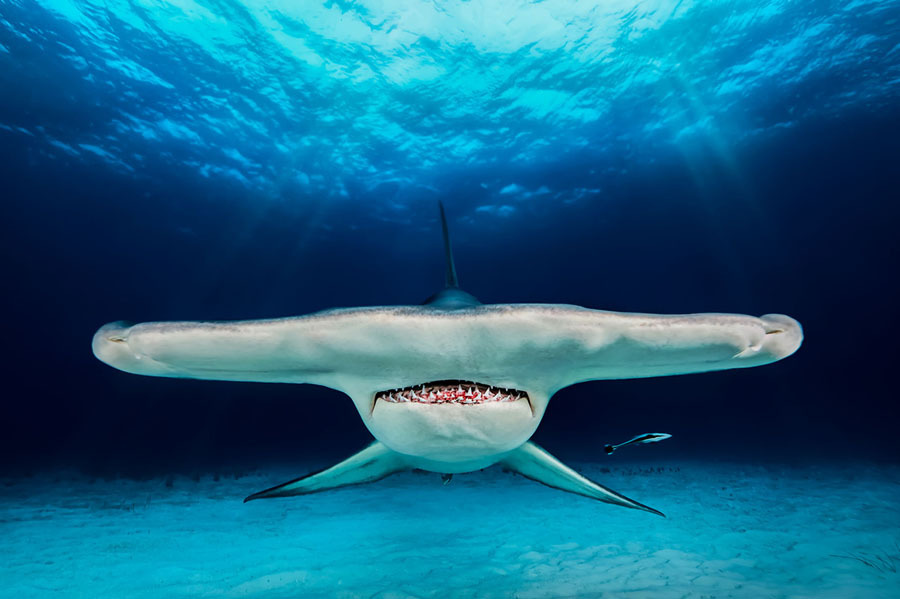 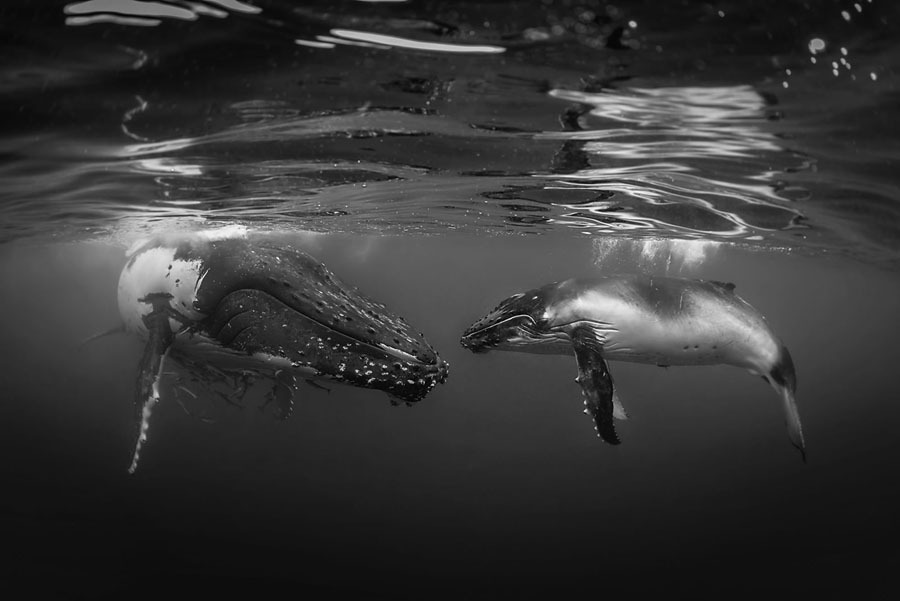 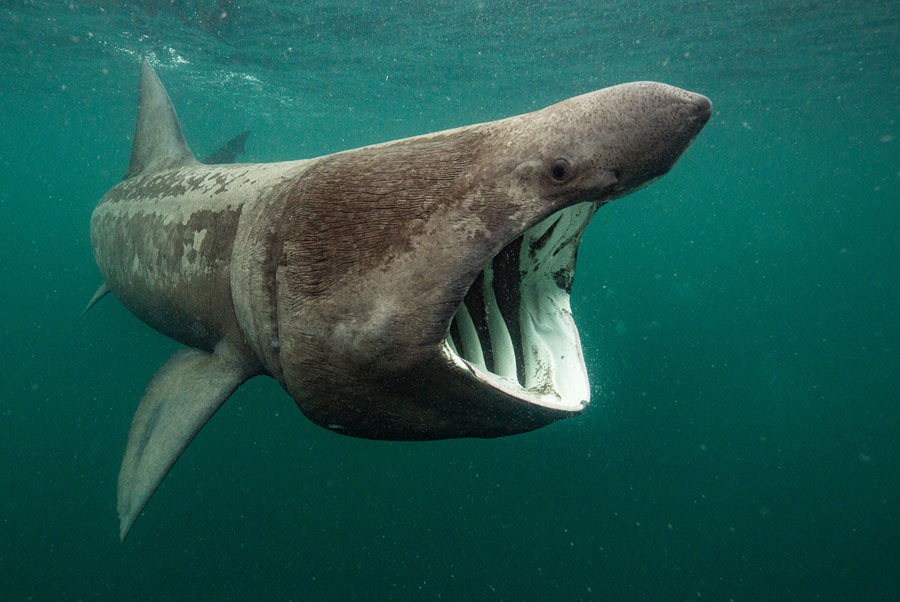 Discover all the awarded submissions online.