Sea Gypsies, the far side of the world

When everything goes wrong, that's when adventure starts.

« Where everything happens at the touch of a button and requires a computer science degree to understand and repair, Infinity’s working parts are manual, simple, laborious, greasy and somewhat comprehensible. » 36,7 meters-long, Infinity have properties that make it exceptional for a polar vessel. We met Northern California-based director and filmmaker Nico Edwards, author of ‘Sea Gypsies: The Far Side of the World', his first feature. The movie seeks to tell the ambitious journey of a group of modern seafaring gypsies across the Pacific Ocean. « Captain Clemens Gabriel has transformed Infinity into a sea tribe, comprised of crew from all over the world» he said. « Water, trees, dusk, mountains, sunrise and dramatically bad weather are some of the strongest catalysts for awe. So along with extreme pest control, the voyage is a quest for awe, and for the sheer joy of it. » So, please, get onboard this hand-built sailboat described as a ‘bunker that floats’… 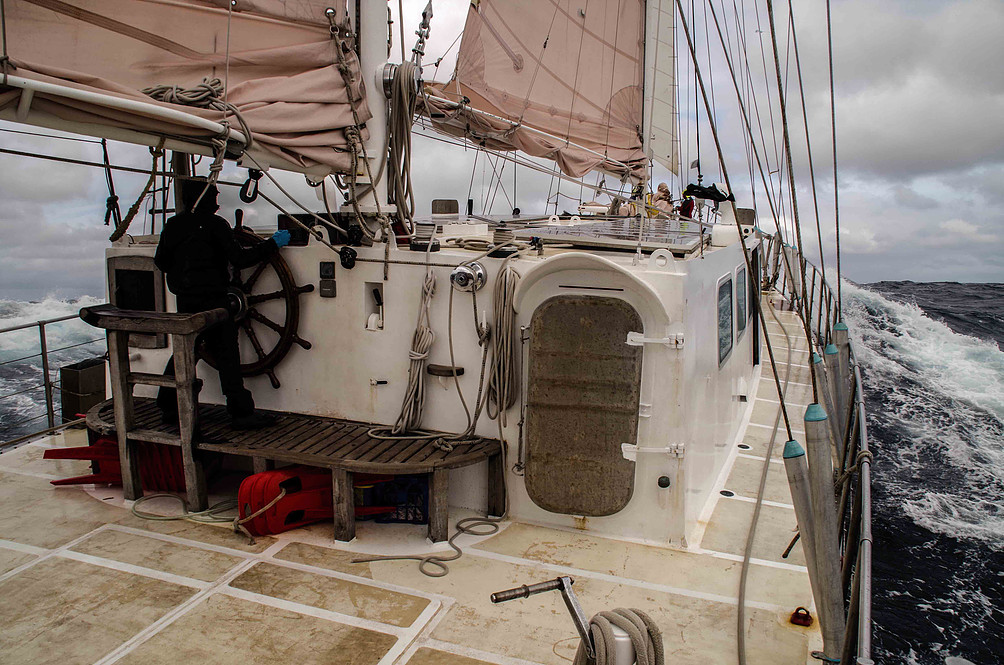 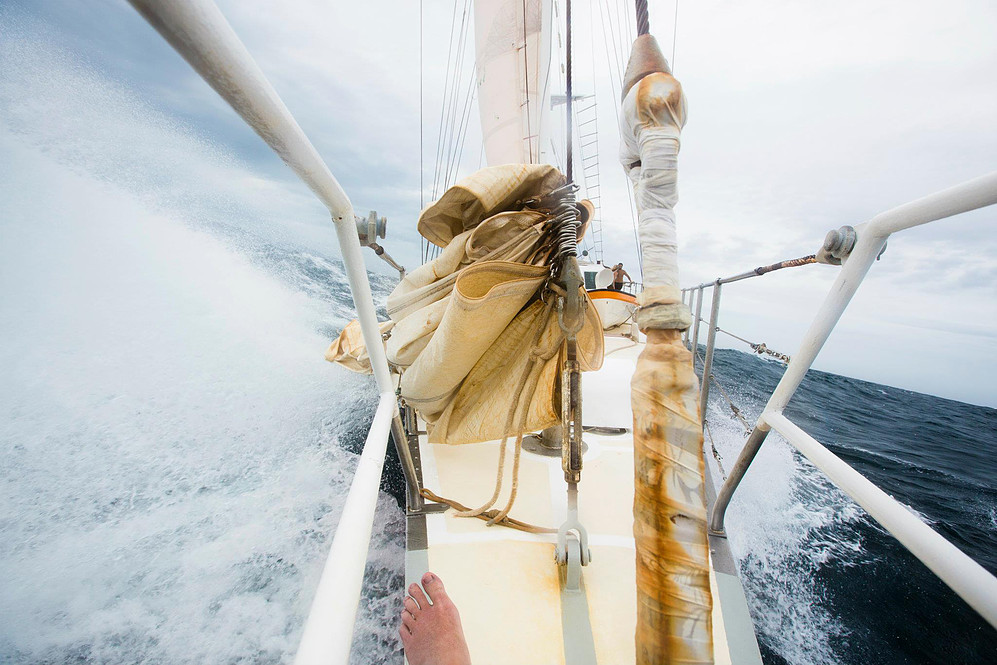 Tell us a bit about Infinity, an environmentally friendly hand-built sailboat...

Though by all outward appearance, these voyages appear to be exercises in reckless abandon, and while it is true that infinity was not designed to travel through ice, Infinity is an incredibly tough boat made of ferrocement. She was constructed in 1977 in Oakland CA, and is believed to be the largest ferrocement yacht ever built, meaning she’s made of metal reinforced concrete and is basically a bunker that floats. Ferrocement, a well tested and long practiced form of boat construction, no longer in fashion due to its downsides of being extremely labor intensive during construction and heavy compared to fiberglass or aluminum, does have properties that make it exceptional for a polar vessel, such as incredible toughness, impact resistance and strength in any temperature. In the Ross Sea, Infinity made impact with a large number of icebergs without so much as a scratch. Infinity is also very green, as her sails are recycled from super yachts, and sowed up to fit. She also has a very large solar array, which provides for all her electrical needs as well. Right now, she is also a vegan ship, trying her utmost to source all foods locally.

Sailors, a captain, an electrician, a carpenter, and filmmakers… Most of you are, above all, adventurers with a taste for the extreme…

Infinity seems to be a magnet for those who just don't fit in anywhere in particular, mainstream societies cast offs. A rotating group of wanderers, they come together on Infinity as a sort of ocean going tribe, then they head off across the globe to earn a living for a while doing various things. We have carpenters, surveyors, electricians, professional sailors, and even a former NASA rocket scientist, but they always seem to return to Infinity just as soon as they are able.

When did you first have the -crazy- idea of the « Sea Gypsies » project?

In 2011, well ensconced in a little padded gray cubicle, in a nondescript office park on the side of a generic highway in Silicon Valley, I was growing grim about the mouth. The 3 hour-commute and job that would most likely be replaced by an algorithm in a few years was not providing much in the way of stimulation. So one day, I took stock of the situation, and having nothing in particular to interest me on shore, I decided I would sail about a little and see the watery parts of the world.

Before I left, I did the first thing that anyone nowadays would do... I googled my options. This led me to a website called FindACrew.org, which connects crew looking for boats, to boats looking for crew. Opportunities abound for all skill levels, from landlubbers to salty sea dogs. This is how I came across Infinity. I was looking to learn to sail and she looked like a learning boat. By this I mean, that unlike the more modern, technologically advanced sailboats of our day, where everything happens at the touch of a button and requires a computer science degree to understand and repair, Infinity’s working parts are manual, simple, laborious, greasy and somewhat comprehensible. 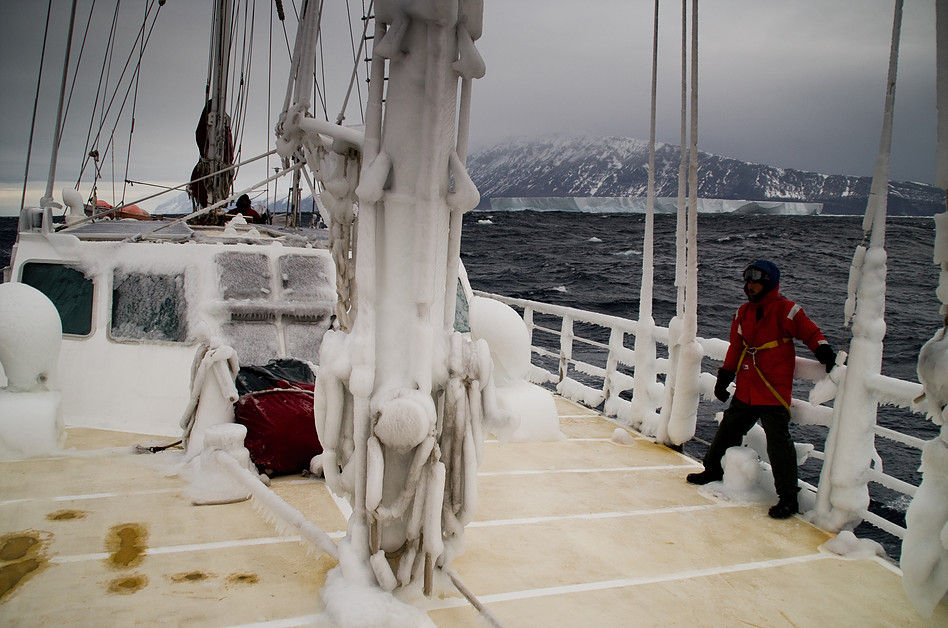 I joined the boat in Singapore in early 2012 and we sailed through the Malacca Straight into Malaysia, all the way up to the Andaman coast of Thailand. This was probably the most memorable 5 months of my almost 30 years of life. The time machine slowed to a crawl as it gorged on the abundant unknown. Roughly a year after leaving the boat, I was back in the US, plugging along, when out of the blue one night I get a call from Captain Clem. He says the boat is infested with tropical termites he can't get rid of, and he heard that if he dropped the temp of the boat below freezing for 3 days it would serve as an environmentally friendly, yet extreme form of pest control. To get the boat below freezing for such a long time, he had it in his mind to make a pacific crossing from New Zealand to Patagonia, with a visit to Antarctica, and wanted to know if I might like to join in and video the experience. The decision seemed brash, as he intended to start the 15,000 mile voyage in “a couple of days”. I quickly agreed to go, and informed him I would join the boat as soon as I had sold my possessions and put my affairs in order.

The plan had more than a touch of madness to it, due to Infinity not being at all designed or equipped with cold weather in mind. I was pretty sure Infinity did not have any heaters, insulation, nor did the main saloon have a door to keep the outside, outside. I looked at an atlas and tallied up my frequent flier miles (hard earned through years of signing up for credit cards solely for the bonus miles) and schemed up a way to meet the boat in route. A couple weeks later and I would be rejoining Infinity on the island of Trukk, in The Federated States of Micronesia (FSM). Our path would lead south-ish, meandering down the international date line, to New Zealand before heading east. It would cover over 15,000 nautical miles and was expected to take roughly 10 months.

You’re currently travelling on 8,000 miles across the Pacific ocean, from New Zealand to Patagonia, with a stop in Antarctica. What are your motivations, intentions, and goals?Just « for the sheer joy of it »?

Awe has the power to diminish the emphasis on the individual self, encouraging people to forgo strict self-interest, to work towards improving the world around them. Research conducted in the 1960's on awe or transcendent ecstasy found that the most common triggers come from nature. Water, trees, dusk, mountains, sunrise and dramatically bad weather are some of the strongest catalysts for awe. So along with extreme pest control, the voyage is a quest for awe, and for the sheer joy of it.

How is life organized onboard? Does everyone has duties and a daily schedule?

Though perpetually exploring, daily life onboard consists mainly of sailing and maintaining the boat and crew. The rhythm of life onboard reflects the necessities of a sailing vessel. Cleaning the boat, navigating an approximate course, raising sails, keeping the boat clean, maintaining an approximate course, oiling, greasing, scraping, scrubbing, disinfecting, cleaning, lowering sails, killing bugs, and of course... cleaning. Crew join up with every level of skill, and the experience they gain depends on what they seek from their time aboard. Some join up with the intention of becoming professional sailors or some already are and just want a change of pace. Everyone contributes, everyone learns something, and yes, lots and lots of work, mostly in schedules. 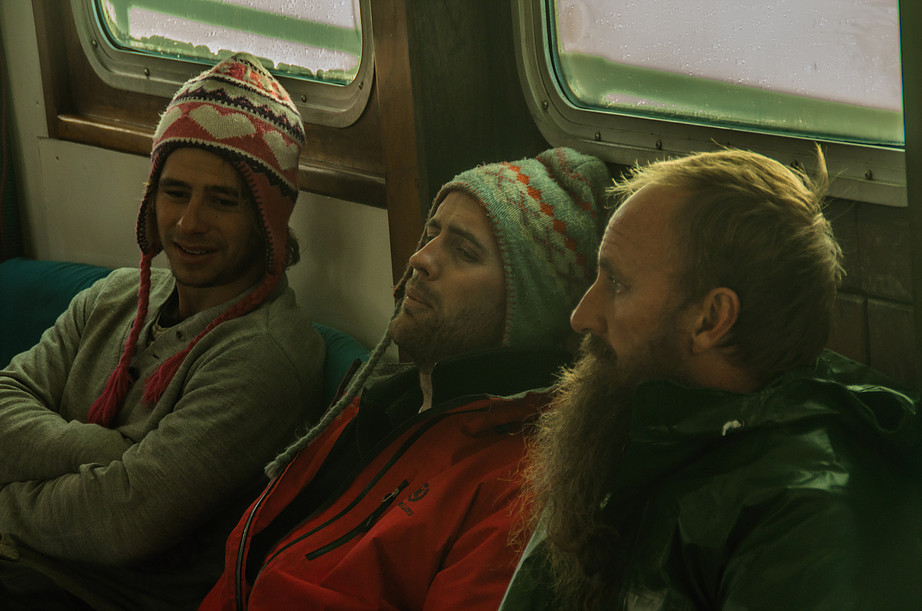 « What can be found in abundance on board is blood, sweat, enthusiasm, risk tolerance, disdain for authority, and an ample supply of alcohol,» says the voiceover of your film entitled « Sea Gypsies: The Far Side of The World ». Does it sum up your balance onboard?

Pretty much, its a whole lot of work just to keep it going. A boat is a delicate structure of rapidly decaying materials, floating atop and constantly being bathed/marinated in, a caustic brine of destruction. They are holes in the water in which people throw money in, never to be seen again. Unless you're really hardworking and crafty, up to but not necessarily over the point of conniving, a boat owner can expect to part with upwards of 10% of their boats value per year in upkeep costs. To avoid the constant shelling out of cash, one has to do all the work oneself... or have volunteers/suckers do it. This voyage being no exception, Clem maximizes the blood sweat and toil of his crew.

The movie tells the ambitious journey of a group of modern seafaring gypsies across the Pacific Ocean. Were you prepared to the level of adrenaline you’ve been experiencing?

I think for the most part people were prepared for a lot, but the massive hurricane of ice in the Ross Sea was a whole lot more than we expected and we're pretty lucky to be alive in all honesty. I think if we did the trip 3 times, one of those times we would not have made it... at least. When help is 3 weeks or more away, you hope that you just die as quick and painlessly as possible. When you’re alone at sea, you feel like anything and everything is possible. It's also a lot like groundhog day when you don't see land for months at a time, you start to think you might be trapped in purgatory.

I head back to the boat in one months time, and we plan on heading North, attempting to sail further north than anyone in history. Following the two warmest Arctic summers on record, the sailing vessel Infinity will tackle the formidable Northwest Passage, attempt to reach the Northernmost inhabited settlement on the planet, aptly named Alert. More than just breaking a record, reaching this normally icebound settlement at the tip of Ellesmere Island, will be a stark warning to the world. To reach Alert at 82° latitude, Infinity will traverse through Nares Strait, a narrow channel of fierce currents and rapidly moving mountains of ice at the height of summer. Along the way, the ship and crew will battle severe storms, avoid marauding icebergs and hungry polar bears, and explore a part of the world that is rarely seen. This is the most dangerous maritime route in the world; more people have been to the top of Mt Everest than have successfully taken a sailing vessel through the Northwest Passage, and no one has ever sailed this far north. The full route will be over 15,000 miles and take 10 months from Tonga to Greenland. The expedition begins Nov 2017. 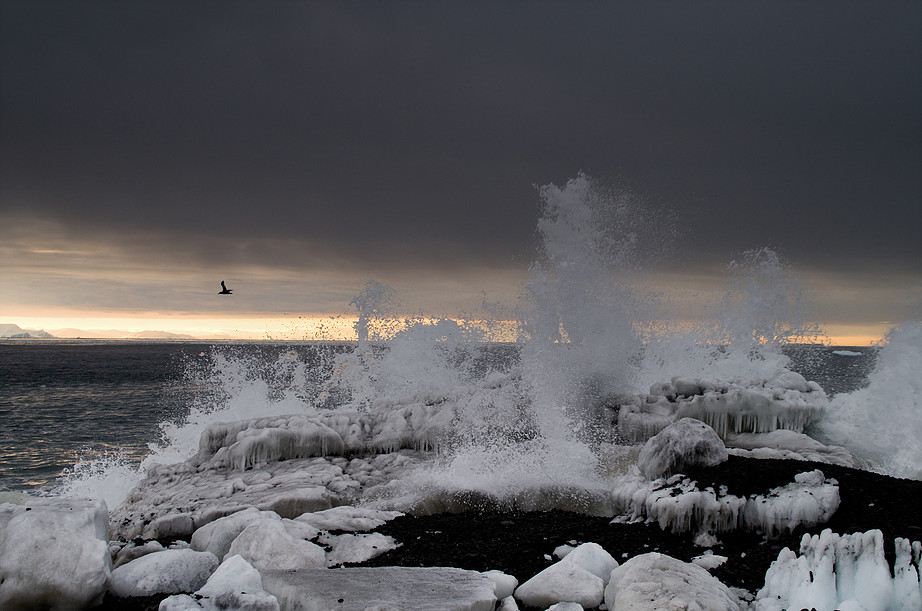 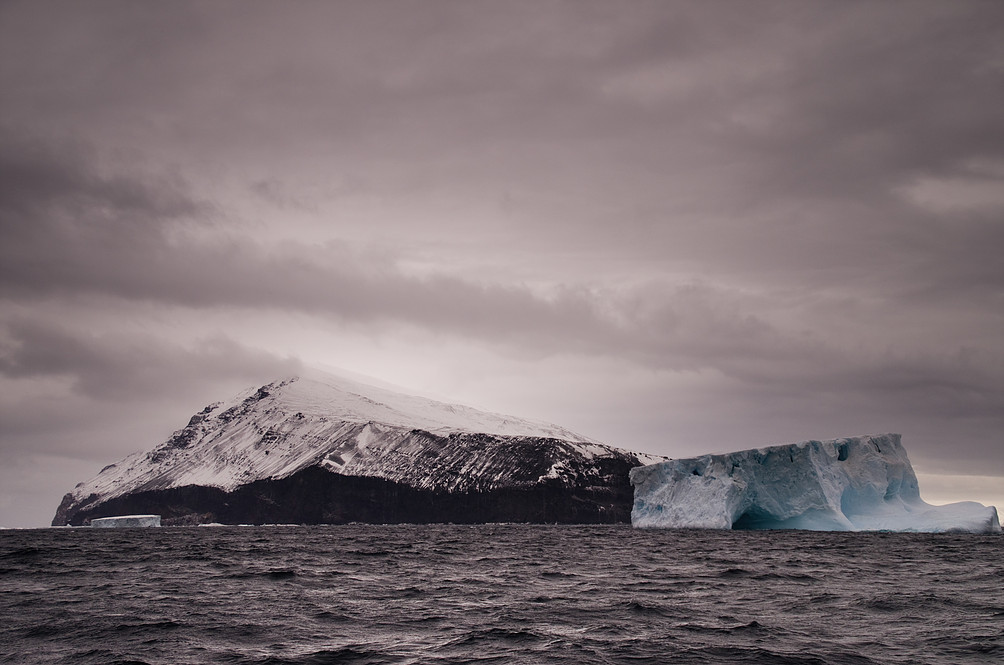 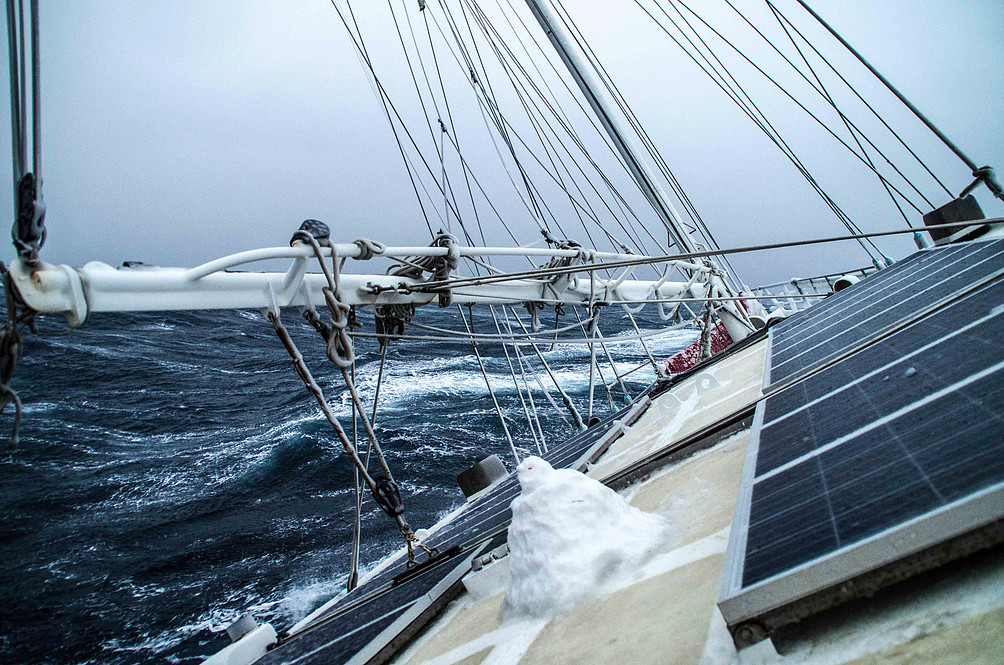 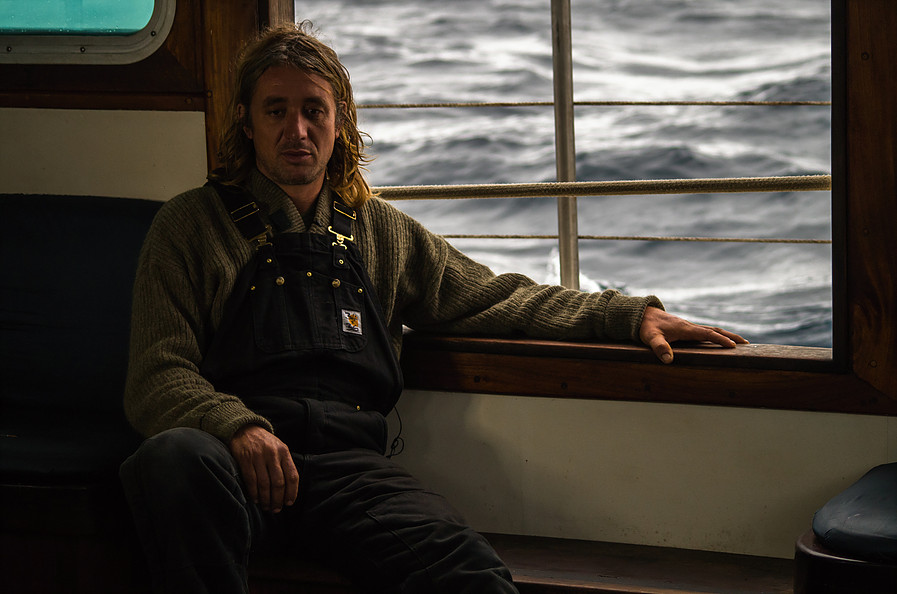 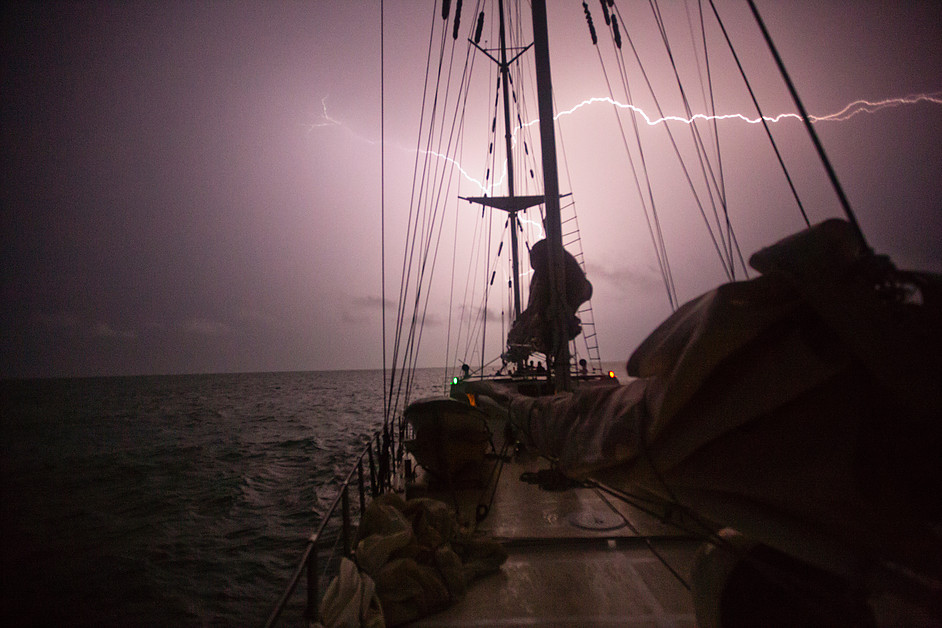 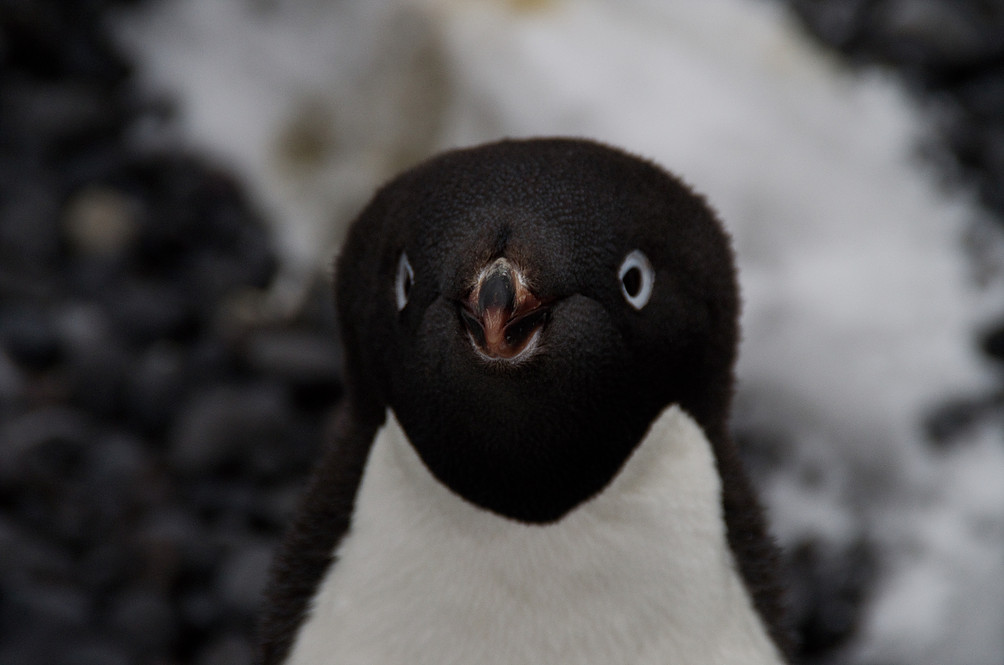 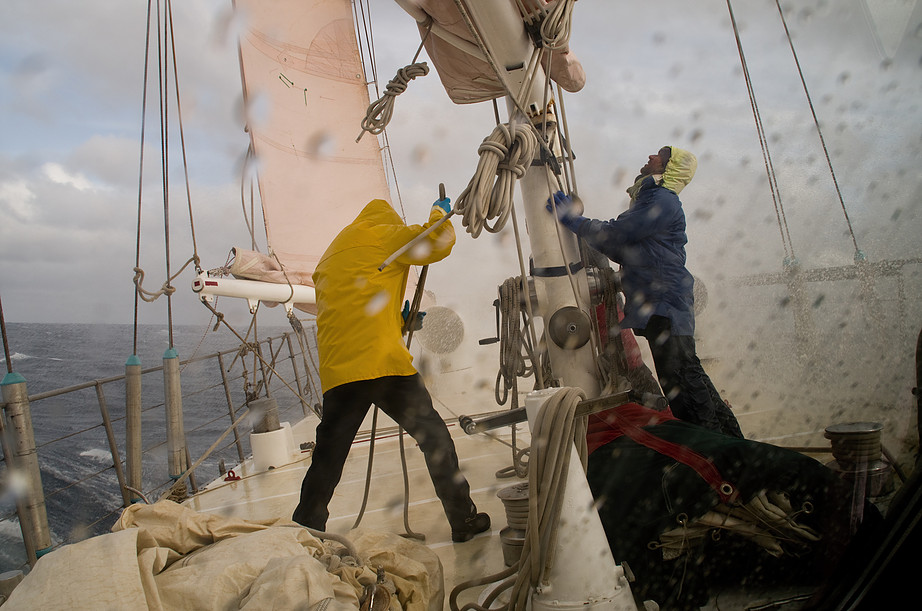 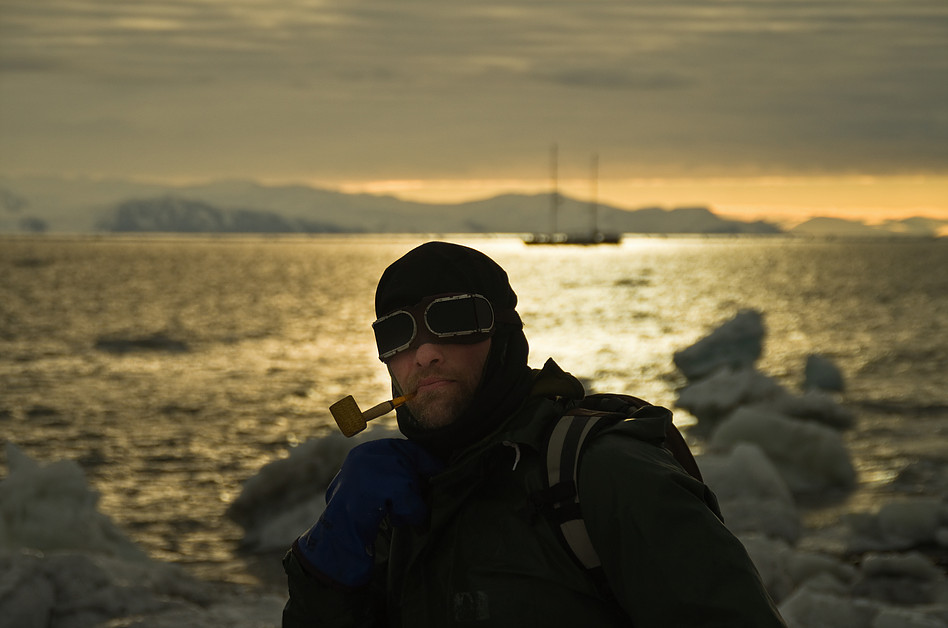 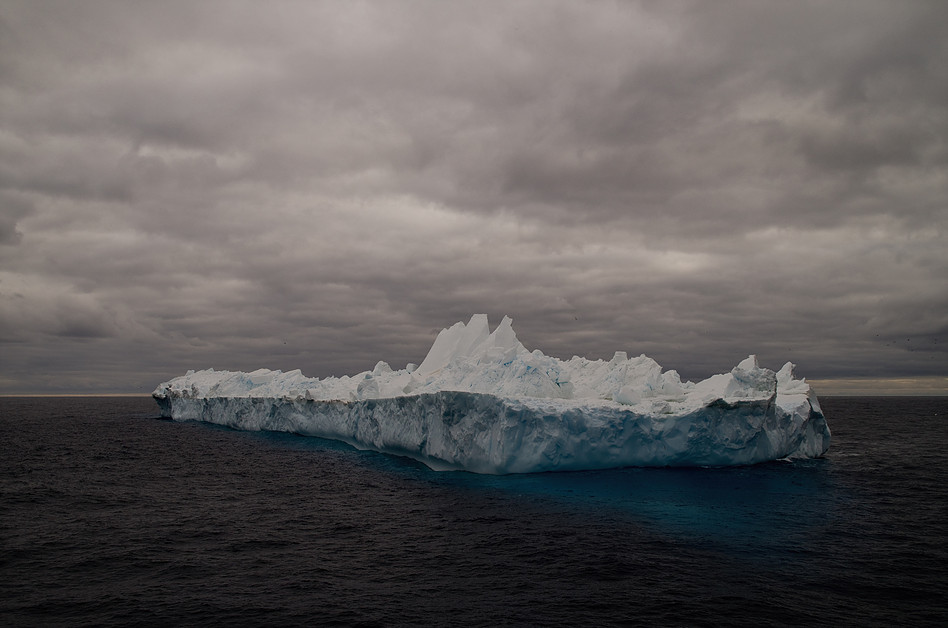